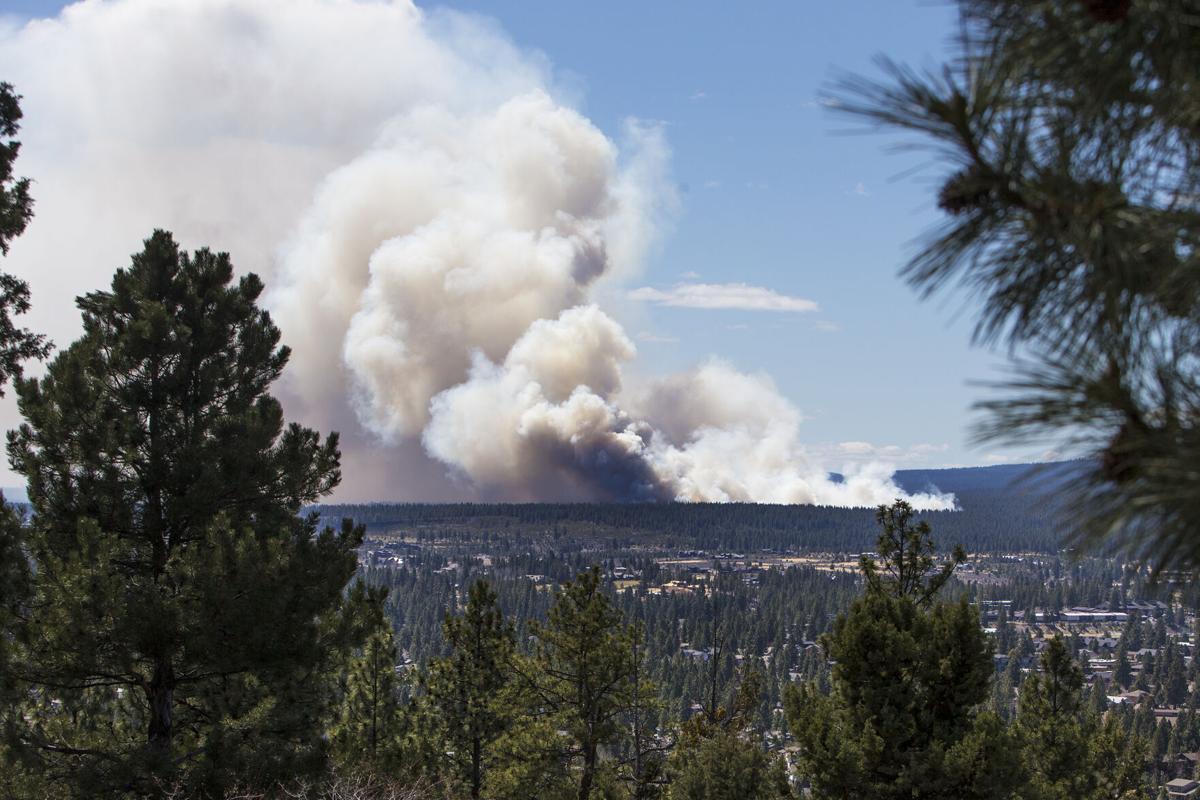 Smoke billows into the air as a prescribed fire burns within the Phil’s Trail area April 15. 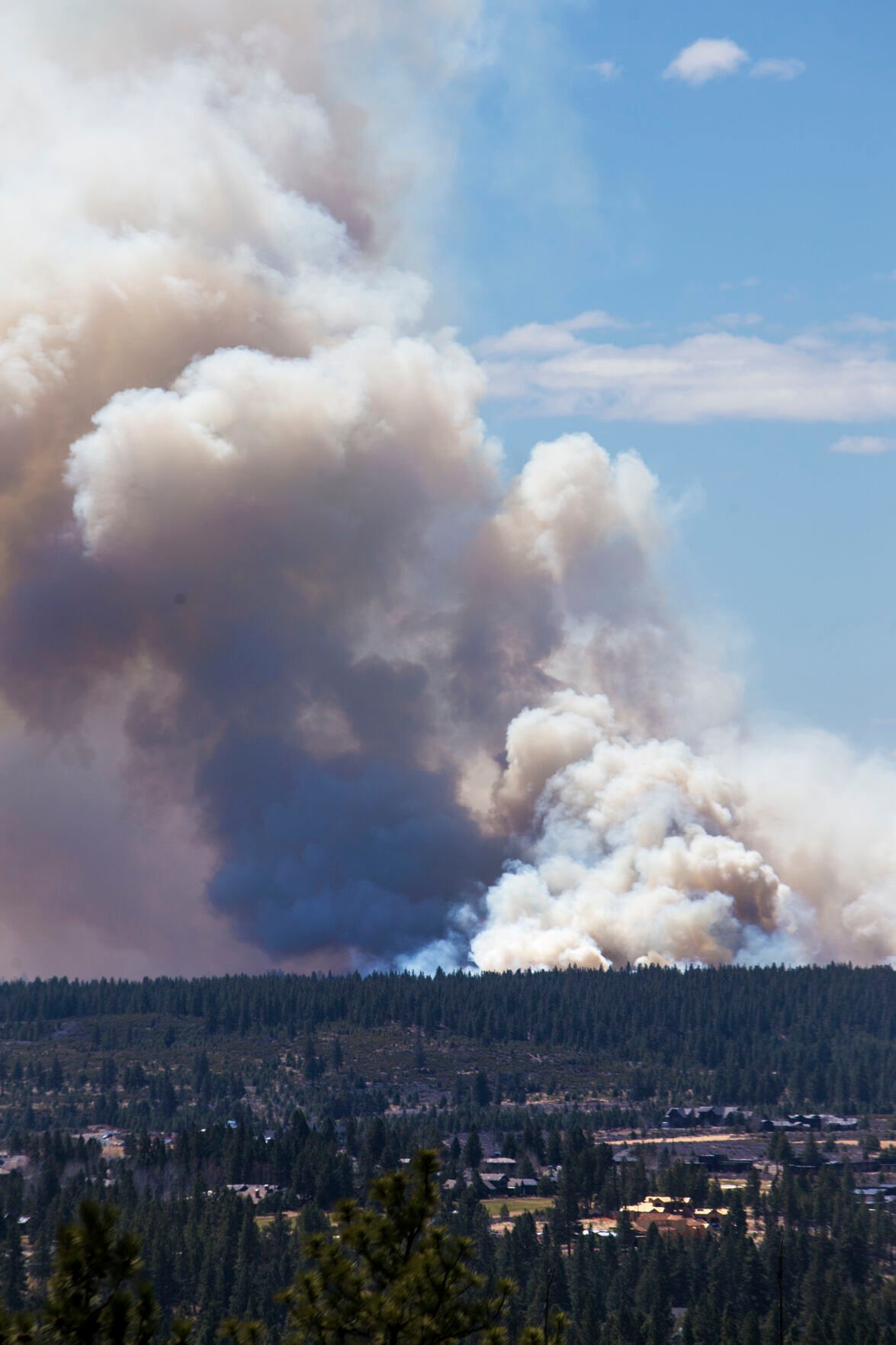 Smoke billows into the air April 15 as a prescribed fire burns within the Phil’s Trail area.

Smoke billows into the air as a prescribed fire burns within the Phil’s Trail area April 15.

Smoke billows into the air April 15 as a prescribed fire burns within the Phil’s Trail area.

Seven months ago, Central Oregonians felt the impact of some of the worst wildfires in this state’s history. Now there is growing concern that dry fuels across the region could ignite even bigger fires this year.

Tinderbox conditions have already ignited several fires around Central Oregon this year, even as higher elevations are still blanketed with snow. Part of that is due to a drying out of the forests at lower elevations, which are experiencing some of the lowest moisture levels recorded in years.

“The outlook is for an early fire season,” said Kevin Stock, fire and aviation staff officer for Central Oregon Fire Management Service. “We are way behind in precipitation. It has been warm and dry through April, (causing) severe and exceptional drought.”

Fire officials categorize fuels by size and how long it takes atmospheric moisture to impact two-thirds of its material. Trees and brush can be 1,000-hour fuels while small fuels such as leaves and grass, fall into the 10-hour fuels category.

The 1,000-hour fuel moisture level, one of the main instruments scientists use to determine how dry a forest has become, was down to 15% on Friday when the average for this time of year is around 20%. Just a month ago the moisture level was 25%. The higher the percentage, the less likely there is a chance of extreme fire behavior.

The indexes used by fire officials to gauge moisture levels are well below average, said Boone Zimmerlee, who is responsible for facilitating the growth of a fire-adapted community strategy in Deschutes County through management of a wildfire preparedness program.

“Continued drying trends are likely to persist if we don’t get moisture,” Zimmerlee said.

The Energy Release Component index, which is related to how hot a wildfire can burn, shows that Central Oregon reached approximately 50 on Friday, double the average level for this time of year.

The dry conditions come as Western Oregon is still cleaning up from devastating Labor Day wildfires that burned 400,000 acres of land, destroyed more than 700 homes and killed five people.

While Central Oregon avoided the direct impacts of the flames, smoke from the fires in Western Oregon drifted over the mountains, creating a pall of unhealthy air that lasted a week. The dry fuels this year are a recipe for another big fire incident.

Larry O’Neill, director of Oregon Climate Services at Oregon State University in Corvallis, said the dry conditions are a disappointment for some climatologists, who were expecting more precipitation from the La Nina effect this winter.

“La Nina didn’t really materialize, consequently much of the state is in at least severe drought,” said O’Neill. “We are already witnessing impacts on agriculture and wildfire risk that we usually do not see until July or August.”

Parts of Klamath and Lake counties to the south of Bend are in exceptional drought for the first time since the U.S. Drought Monitor started in 2000. The tri-counties (Deschutes, Crook, and Jefferson) of Central Oregon are a mix of moderate, severe and extreme drought.

Central Oregon is also behind in snowpack, which does not bode well for sufficient late-season runoff that can help cool vegetation and forests. The snowpack is 84% of normal and water year-to-date precipitation is just 83% of normal, as of Friday.

Scott Oviatt, the snow survey supervisor for Natural Resources Conservation Service Oregon, says snowmelt is increasing because of unseasonably warm temperatures over the past week. High temperatures hovered at 60 degrees but hit 80 on April 18. “Snow is melting out more rapidly than melt rates observed over the last several years,” said Oviatt. “This will lead to less surface water and upper level soil moisture being available in the early summer for use in irrigation and less available for forest vegetation.”

Central Oregon has already seen increased levels of fire in 2021. The Oregon Department of Forestry has responded to eight fires in the tri-counties this year, compared to an average of two fires for this time of year.

The Bull Springs Fire, which consumed 211 acres after a strong windstorm March 28, has been the largest blaze to date in Central Oregon this year. Stock said that wildfire was the result of dry fuels, high winds and low live fuel moisture levels.

Other parts of Oregon and Washington state have also seen early fire activity. The Ponina Fire in Klamath County was first reported on April 17 and grew to 1,641 acres before full containment.

The wild card, of course, is precipitation. Rain is expected in Central Oregon over the weekend but it may not be enough to soak fuels for long. If May and June see increased rains, it could help to reduce the dry conditions from building in the region.

“How fire season goes is dependent on the amount and timing of rain,” said Stock. “If we keep getting this dry pattern, you know, we will definitely be in high fire danger really early.”