Log In Sign Up
You are the owner of this article.
Edit Article Add New Article
You have permission to edit this article.
Edit
Welcome
Home
News
Coronavirus
Sports
Features
Obituaries
Classifieds
Puzzles and Games
Slideshows/Videos
Sign Up for Newsletters
e-Editions
Subscribe Now
Share This
1 of 7 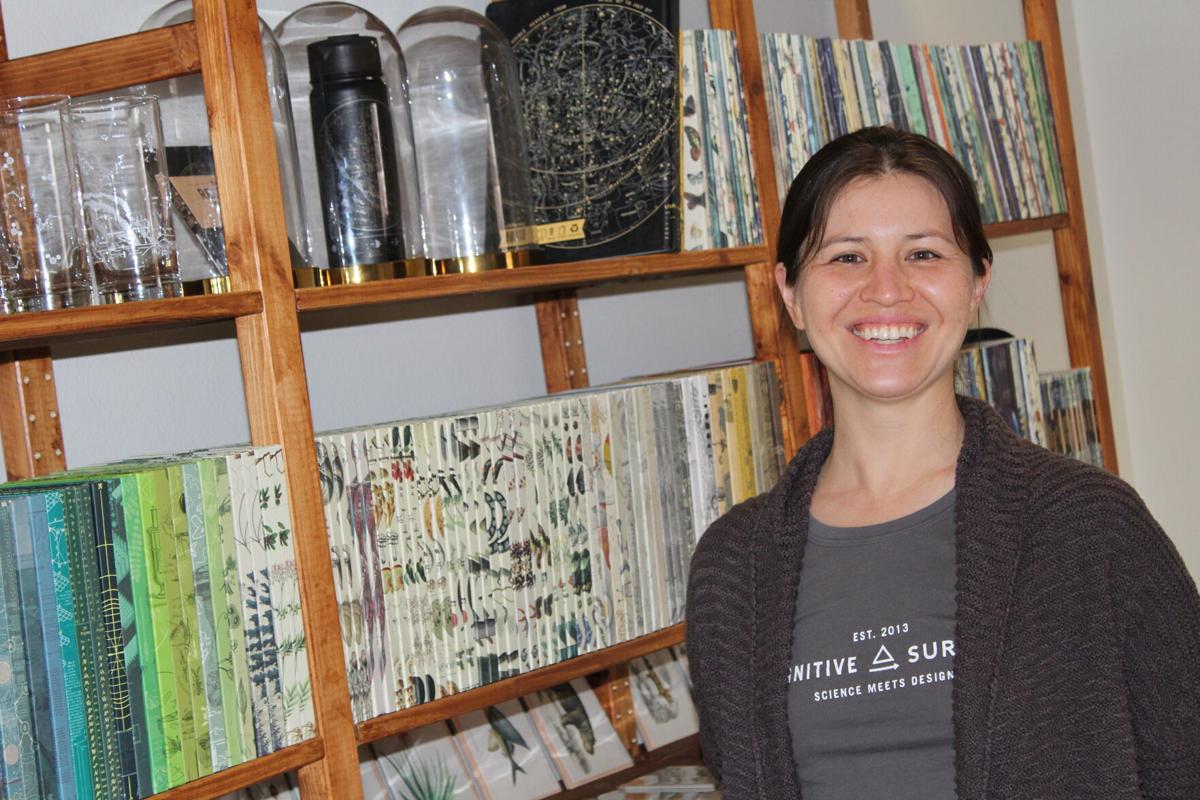 Kristen Zephyrus displays some of the notebooks the company prints with a science or mathematical bent in mind. 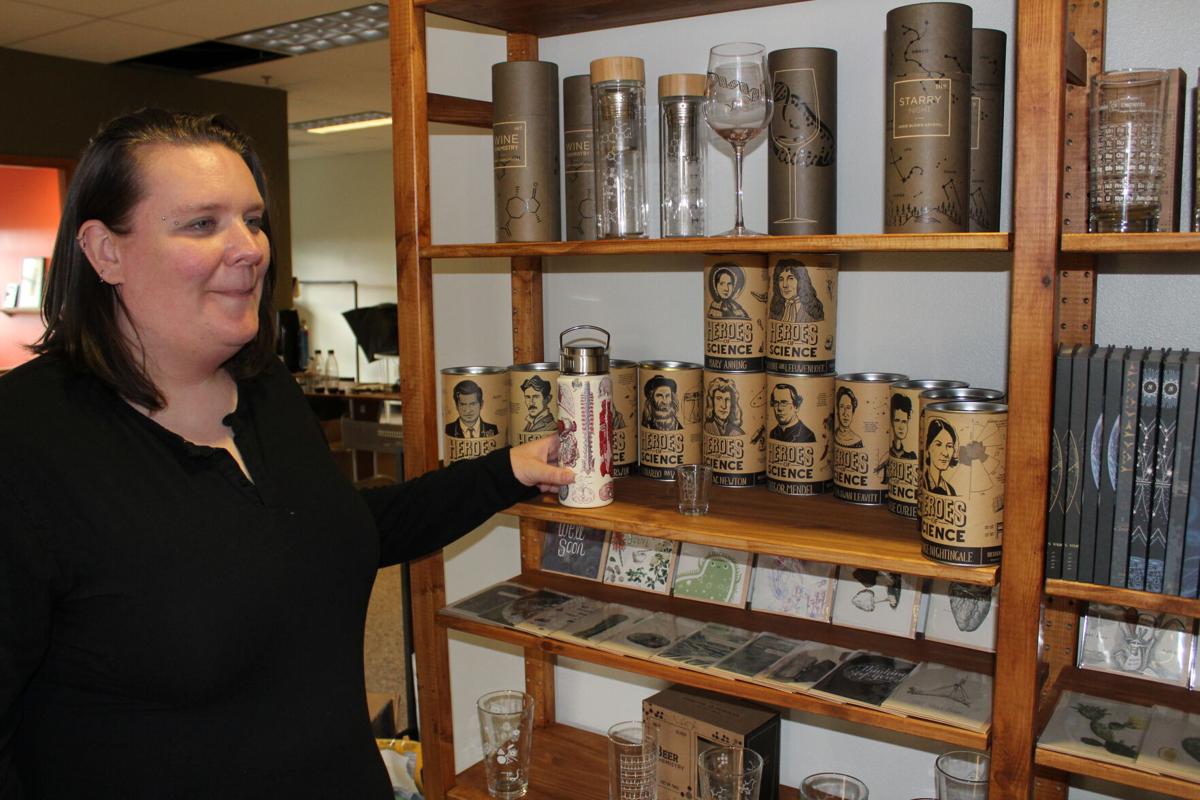 Marketing Director Jenn Stevens displays some of the thermoses and glassware the company produces. 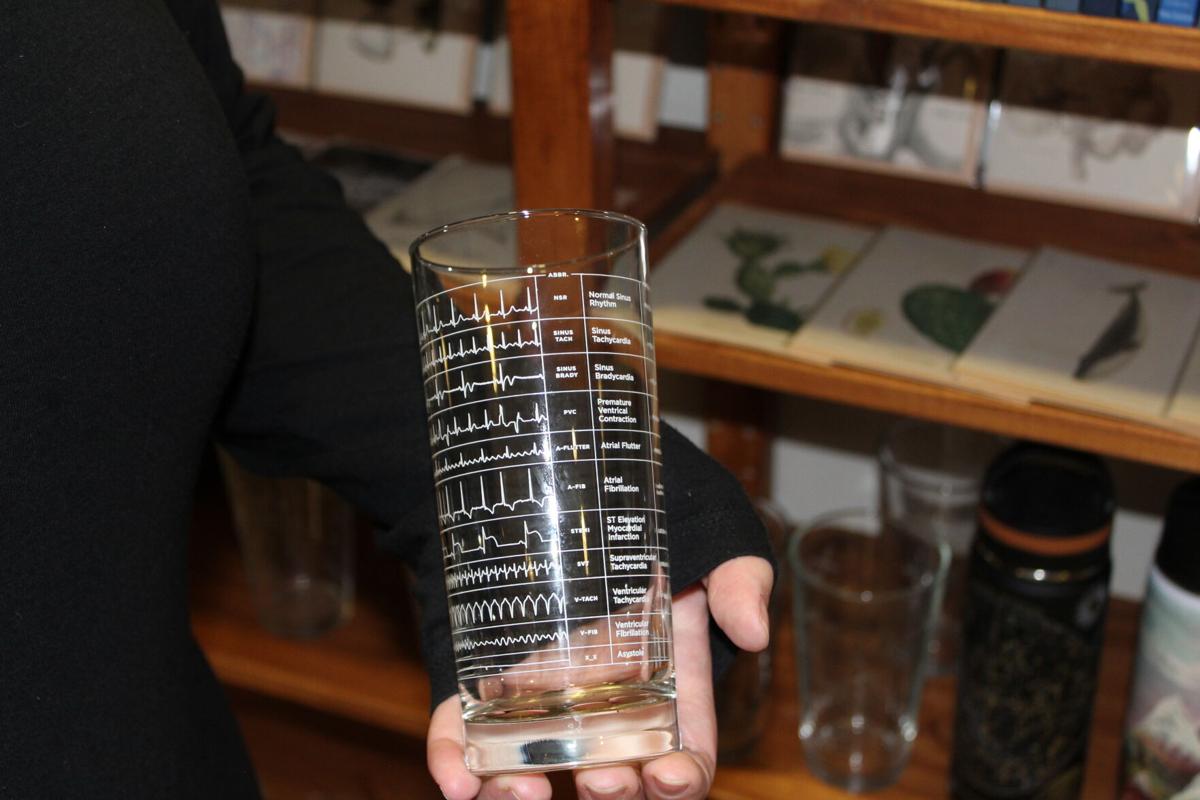 Drinking glasses from Cognitive Surplus draw the interests of scientists, such as this one with a series of EKGs. 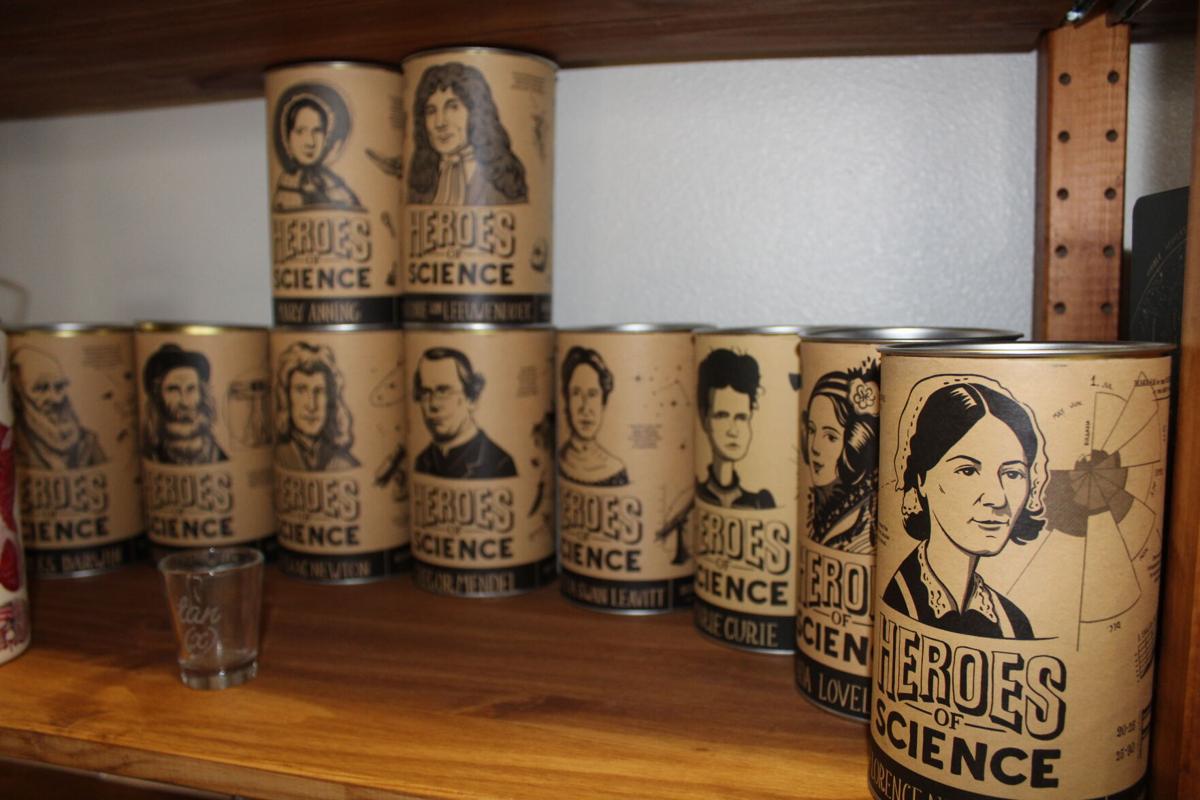 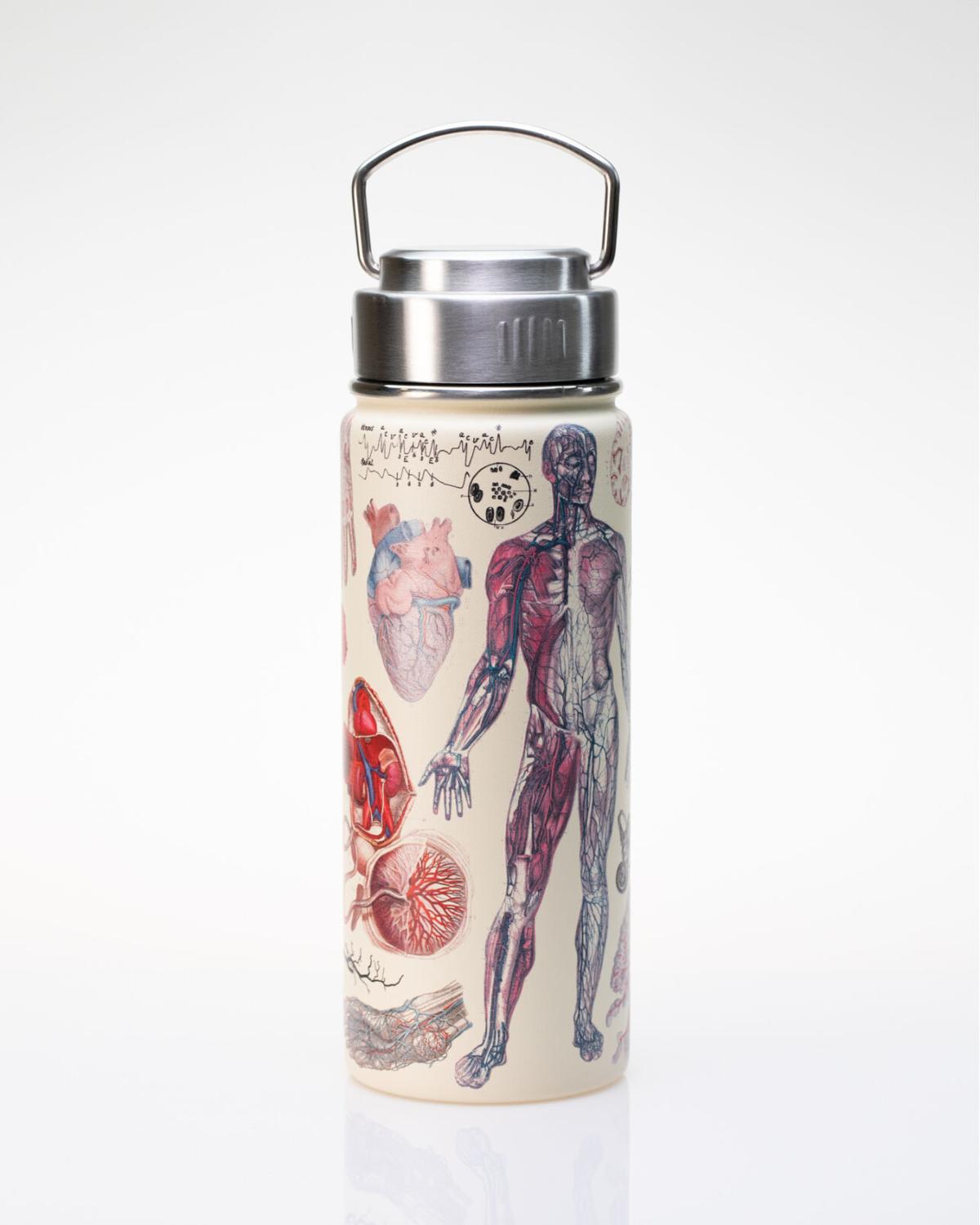 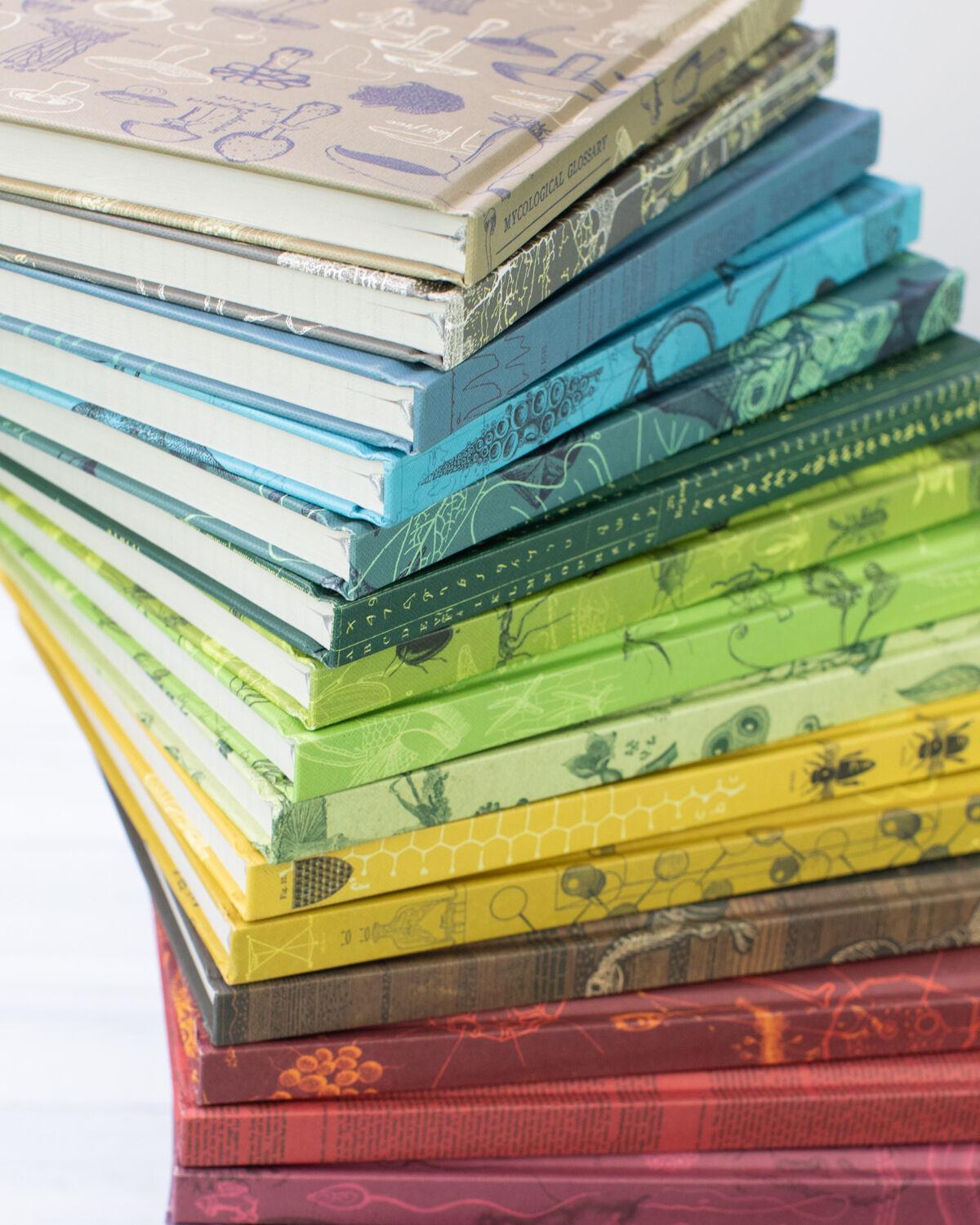 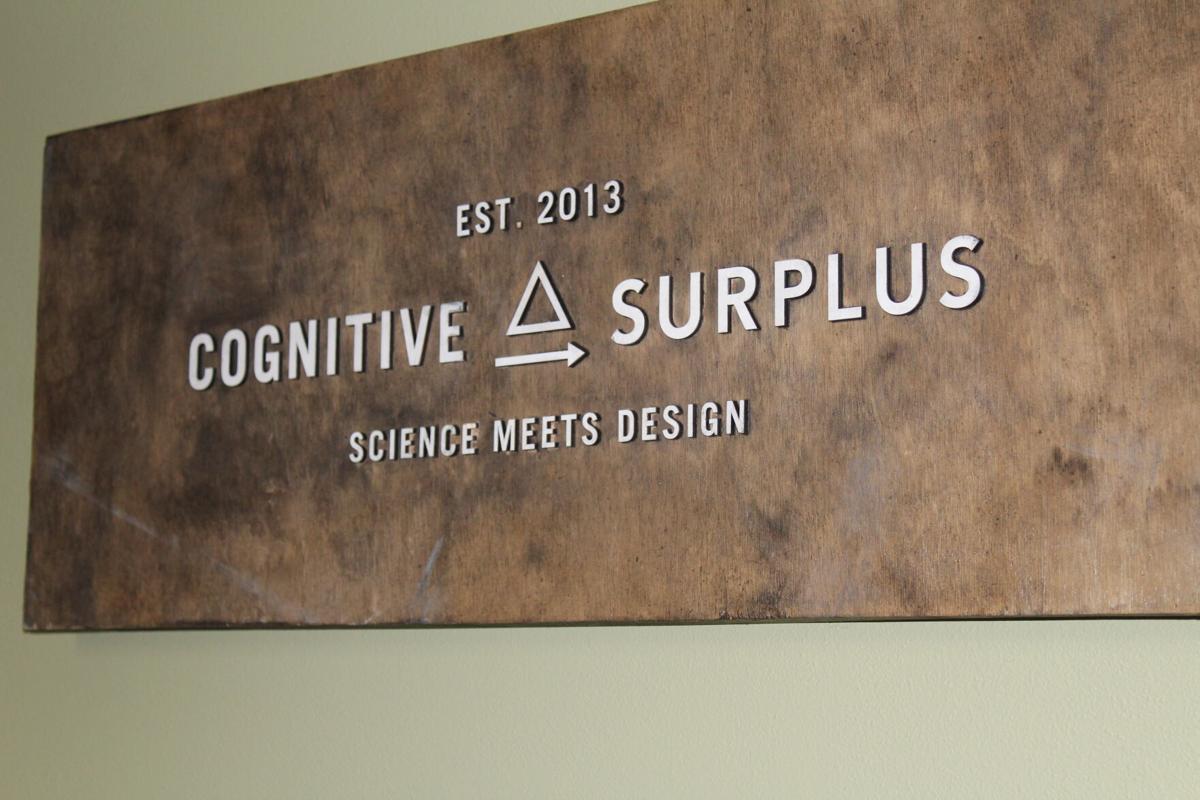 Kristen Zephyrus displays some of the notebooks the company prints with a science or mathematical bent in mind.

Marketing Director Jenn Stevens displays some of the thermoses and glassware the company produces.

Drinking glasses from Cognitive Surplus draw the interests of scientists, such as this one with a series of EKGs.

REDMOND — It is rare in the retail world to hit on a product that catches fire right out of the gate. But that’s what happened for Kristen and Geoff Zephyrus.

The couple, living in New York City at the time, were brainstorming innovative business startup ideas when Kristen had had enough, and told her husband he has to follow through on the next idea he comes up with, win, lose or draw.

“At least we would have started a business and failed,” said Kristen, 37. “Usually, after a failure you find success.”

Geoff, 34, hit on designing gift wrapping. While the couple expected it to fail, the business took off and there was no looking back. From a New York apartment, the couple moved to a three-story brownstone in Jersey City and filled that with product as well. Then they worked with a fulfillment center in the center of the country. Not satisfied, in 2015 they moved to Portland on a whim, all the while growing the business and needing warehouse space.

Enter Marketing Director Jenn Stevens, 37, whom Geoff met while at a trade show in Atlanta a few years back. The three hit it off so well that she followed them out to Portland, and Medford for a time, settling in Redmond thanks to the efforts of the SBA and Redmond Economic Development Inc.

At first blush, one might think that a 36,000 square-foot building housing the firm named “Cognitive Surplus” is just a warehouse selling surplus equipment at bargain rates.

Nothing is further from the truth.

Cognitive Surplus is a design studio and fulfillment center that creates a wide range of artwork tailored for those with a scientific or mathematical bent, while encouraging the love of science as well.

“I have a background in science and we wanted to do designs for people who appreciate science. We didn’t want to do just generic designs one could find anywhere,” Kristen said.

The business entails screen-printing on notebooks, tote bags, t-shirts, thermoses and glassware. For example, a drinking glass etched with several EKGs, (electrocardiograms), that one might think is odd or unique, but to a doctor or nurse, would recognize exactly what those symbols mean. Or a notebook sporting a pattern of geologic time, only a geologist may spot as closely tied to his field of study. There’s a host of astronomy- and chemistry-styled items. So, the gifts are unique to the science-minded, but still fun for all. They have a glass collection called, “Heroes of Science” both well-known and little-known.

The company sells on its website (cognitive-surplus.com) and on the web via Esty.com and to retailers, as small as museum gift shops. It averages 300 to 400 orders a day via its website and Esty and has about 500 wholesale clients, some are local in Bend. Esty orders average about 48,000, but can rage up to three times that. And retail sales were well over 100,000 last year and may approach 150,000 this year.

Over the 8 ½ years in business the sales have been hard to predict, but Stevens said that the firm usually doubles its sales year after year and some years, there’s explosive growth.

“It’s difficult to staff up when you need it,” she said. The firm employs 13 people and is looking to hire two or three more people. It focuses on hiring those with disabilities and creating a diversified work place. The business is only open 9 to 5 Monday-Fridays.

“We do our best to treat our workers well so they have time off, family time,” Kristen said. •

“Cognitive surplus” is a phrase coined by Clay Shirky, a Yale-educated writer and New York University Department of Journalism professor who teaches about the social and economic impacts of the internet.

“Basically, it means that people who have a lot of time on their hands, can utilized that time to be creative and better society,” said Jenn Stevens, head of marketing for the Redmond firm.