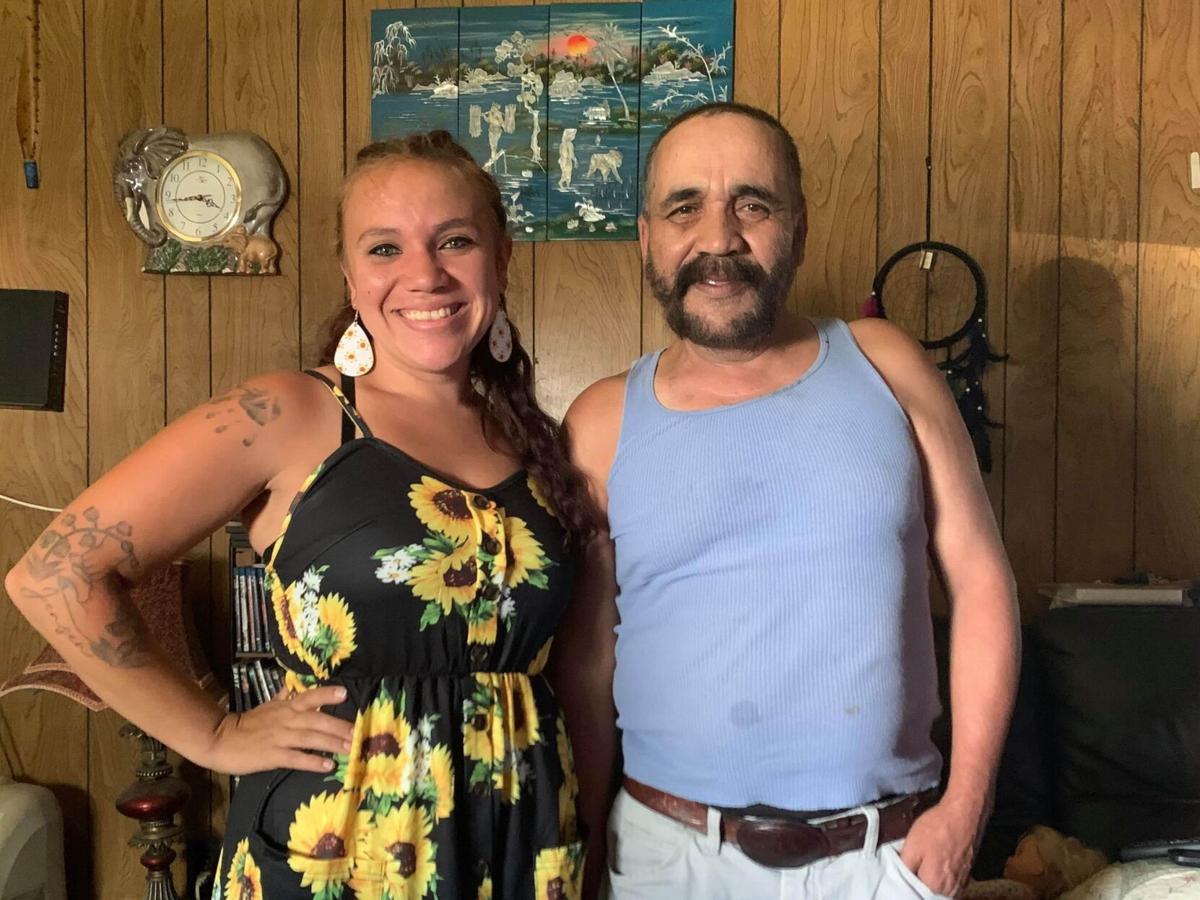 Brianna Rushing and her father, Cruz Hernandez, met for the first time in July. Submitted photos 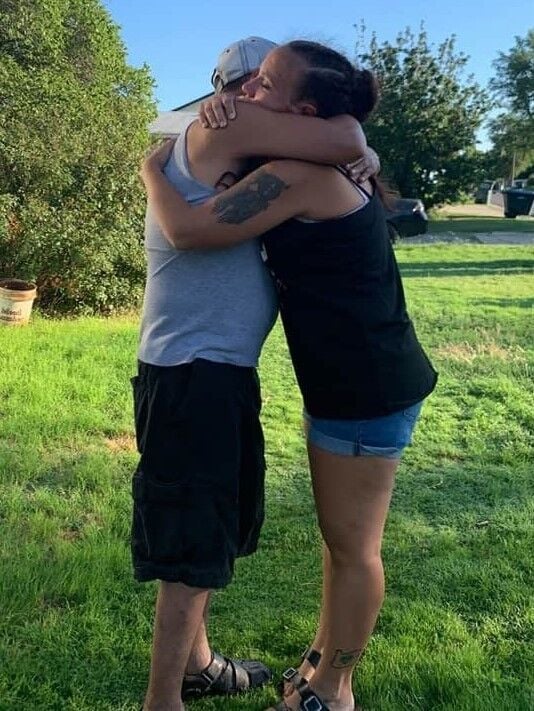 Brianna Rushing, hugging her biological father for the first time. 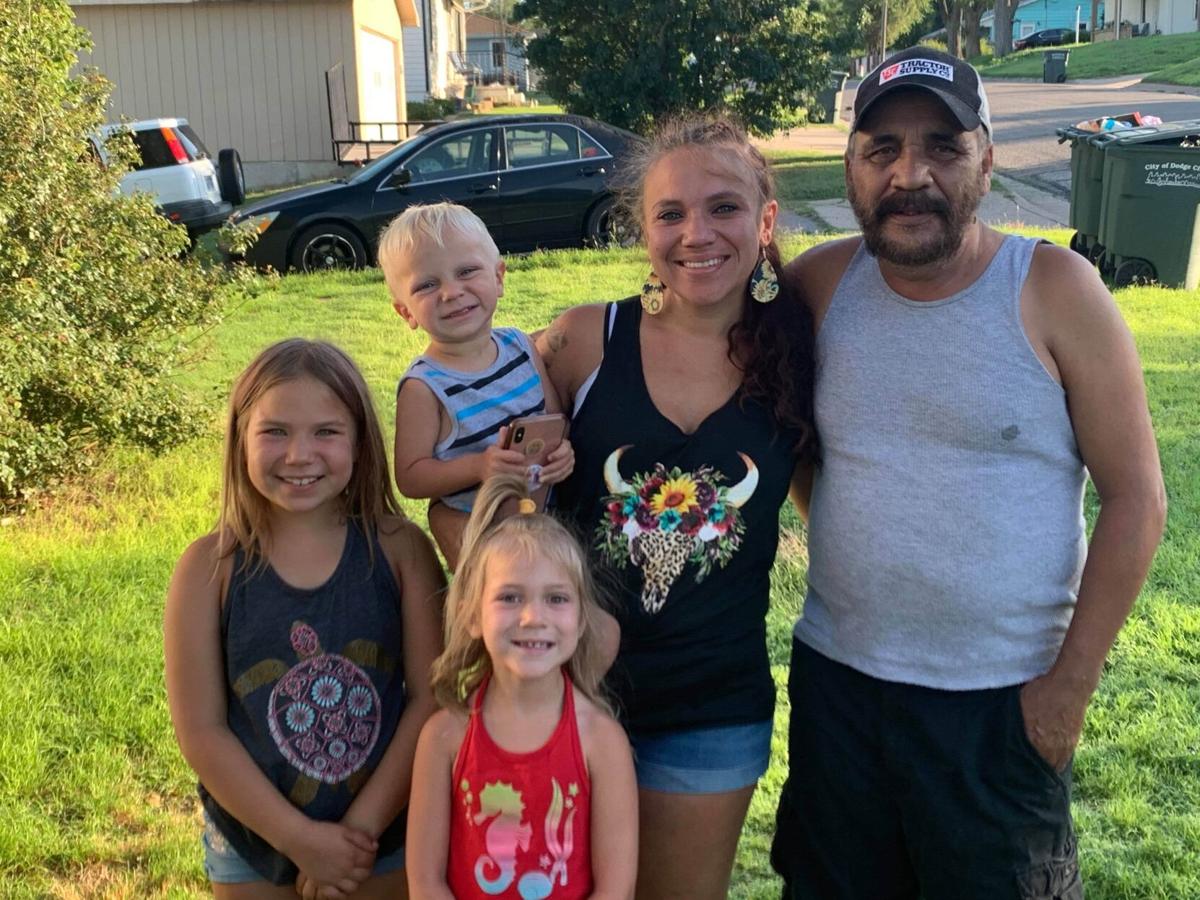 Brianna Rushing was able to take her children to meet her father in July, thanks to generous people in the Redmond community.

Brianna Rushing and her father, Cruz Hernandez, met for the first time in July. Submitted photos

Brianna Rushing, hugging her biological father for the first time.

Brianna Rushing was able to take her children to meet her father in July, thanks to generous people in the Redmond community.

After moving to Redmond from Corvallis with her husband, Brianna Rushing became an administrator for Pay It Forward Redmond, a Facebook group of more than 5,500 members devoted to helping others in Central Oregon. The 29-year-old mom of three joined the group to keep busy and get to know the community.

This summer, the community helped her with something that she never expected: Meeting her biological dad.

Rushing was shocked to learn the man she called “Dad” growing up was actually her stepfather.

“He was my dad until age 9,” Rushing told The Spokesman. “It was very hard to find out he wasn’t my biological father.”

After leaving, her stepfather married and started a new family. That left her with a “giant hole,” and only the name of her biological father — Cruz Hernandez — to fill it.

Rushing, with the support of her mom, spent the last decade searching for his name on Google, Facebook, anywhere else she could — even asking friends with accounts on genealogy sites for help — but with no success. She thought that maybe he had gone back to Mexico, or perhaps was no longer alive, but kept hoping she would find him someday.

For Mother’s Day this year, Rushing’s mother-in-law ordered a DNA test for her from Ancestry.com. Rushing’s in-laws have “always wanted to know my background because they love my hair,” she laughed.

One of the features of the AncestryDNA testing is that, if a relative has also sent in a test, it “can also help identify relationships with unknown relatives through a dynamic list of DNA matches,” says a section of the Ancestry.com website.

Some people who take the test, such as Rushing, are searching for a relative. Others — about 27% of people who have taken a test, according to Pew Research — find unexpected relatives while simply curious about family history.

Rushing received her results June 25 — and listed on the results was a cousin named “Hernandez.” Rushing messaged that cousin and many others in the search for her father. “They were all very shocked and confused,” she said.

No one in his extended family knew that he had children. Finally, someone gave her his phone number.

“I must have called the poor guy 15 times in a row, thinking it was the wrong number,” she said.

But when Rushing talked about her mom, he confirmed through broken English that he was her father.

Hernandez was “shocked, but ecstatic to learn that she was his daughter,” said his long-time girlfriend Maria Martinez.

His last contact with Rushing’s mother had been over the phone after she left Kansas with their 1-year-old son, Brianna’s brother, Tyler. She had called to tell him she was pregnant.

Husker games on the radio served as a lifeline for fans, learning experience for broadcasters

A helping Hand: Son of 'Desert Swarm'-era offensive lineman hopes to contribute to Wildcats in 2021

Amid juggling act with injuries, Packers continue to hold the line up front

Martinez, who met Hernandez soon after Rushing’s mother left, said that Hernandez had hired a lawyer to fight for visitation rights, but didn’t hear from her again and had no idea how to find her.

A couple of days after their first conversation, Hernandez told Rushing that he has cancer — a diagnosis that he received about three years ago, said Martinez.

“I spoke to my husband and we decided to just go,” said Rushing. “Everybody said we should just go,” she said, but she wanted to make sure her three kids would be able to come, too. Financially, it didn’t seem possible to drive the family across the country.

But after spending years helping Pay it Forward coordinate efforts for those in need, Rushing was on the receiving end of this generous community effort. And the community came through, raising $1,230 in less than a month to help her drive her family to Dodge City, Kansas, to meet her dad.

It was their first family road trip, said Rushing, and her first time leaving the state since she was an infant.

The family stayed with Hernandez for three days. Being able to meet broke through the isolation that both had been feeling this year, said Rushing.

“He was so excited, he said that the week before he was on the phone with his sister in Mexico and was crying because he was so lonely — he has his longtime girlfriend, but no family. It was just the perfect timing.”

Meeting answered many questions for both father and daughter.

After years of not knowing what her father even looks like, Rushing was tickled to see that she looks just like him. Rushing gets her height — she’s just 5 feet tall — from her dad’s side, as well as her curly hair.

“He calls me every morning before he goes to work and every night. He’s already majorly stepped into the dad role,” she said.

Hernandez is in good spirits despite the cancer, said Rushing. He keeps busy, which reminds her of herself: “I’m not one of those people who can sit down, always on the go.”

Some things are still unclear, including the separation. “Everyone says something different,” she said. But regardless of the past, she is happy to be reunited at last.

Rushing hopes to have her dad come visit for Thanksgiving and drive him to meet her brother, Tyler.

The distance is hard, she said. “I’m so thankful for technology and Facebook, being able to do the video calls, so he can see us, see his grandkids,” she said.

Rushing is glad she kept searching. “I didn’t feel like I was going to find him — and I did.”

Thank you so much for writing this article. It's so nice to see something so heartwarming in the news these days.

I personally know Brianna through Pay it Forward so it makes my heart sing, because she's done so much for Redmond community it's nice to see that the community rallied up so she could meet her Dad! I saw the post in the Pay it Forward posting so I talked to her about it. We haven't had a chance to catch up afterwards so I was tickled to read the article.

Thank you again for featuring her adventure, having these happy stories are essential these days!