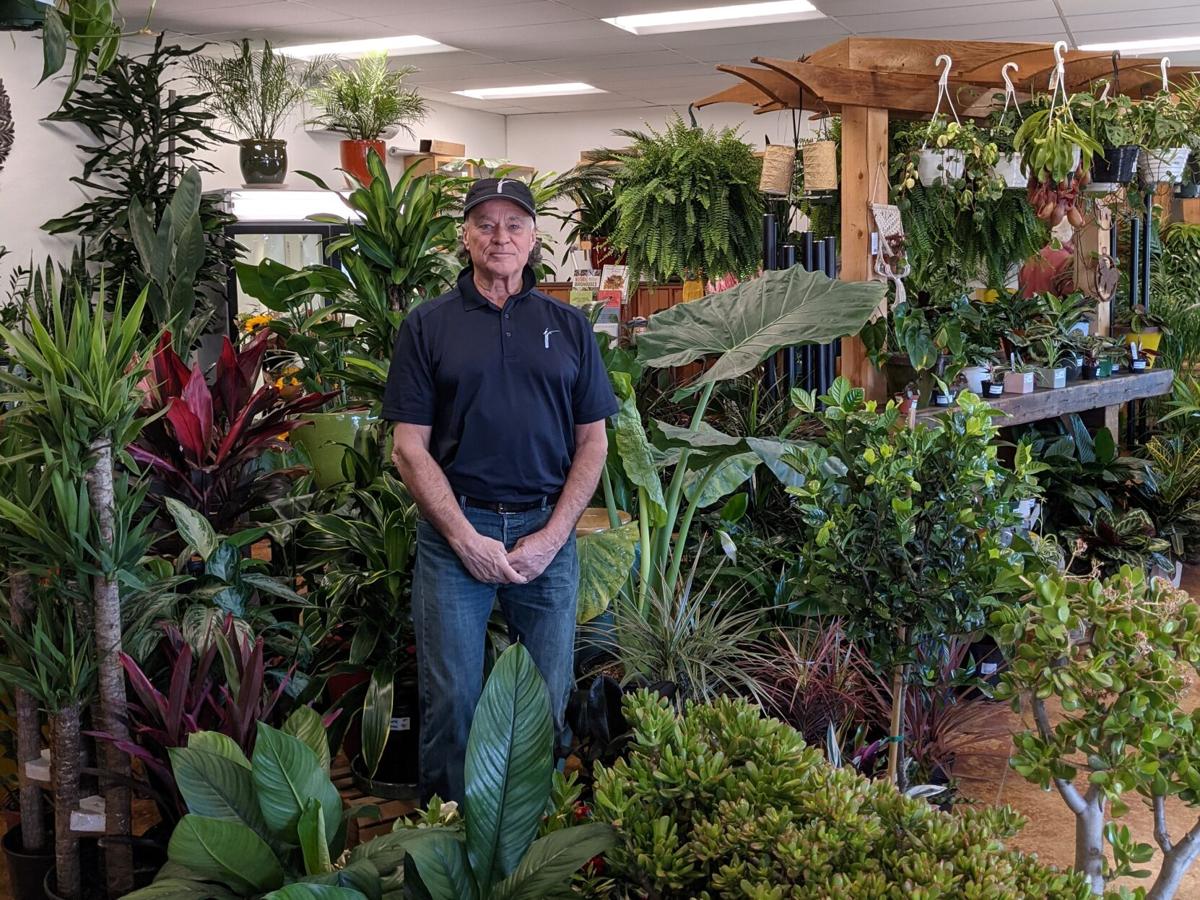 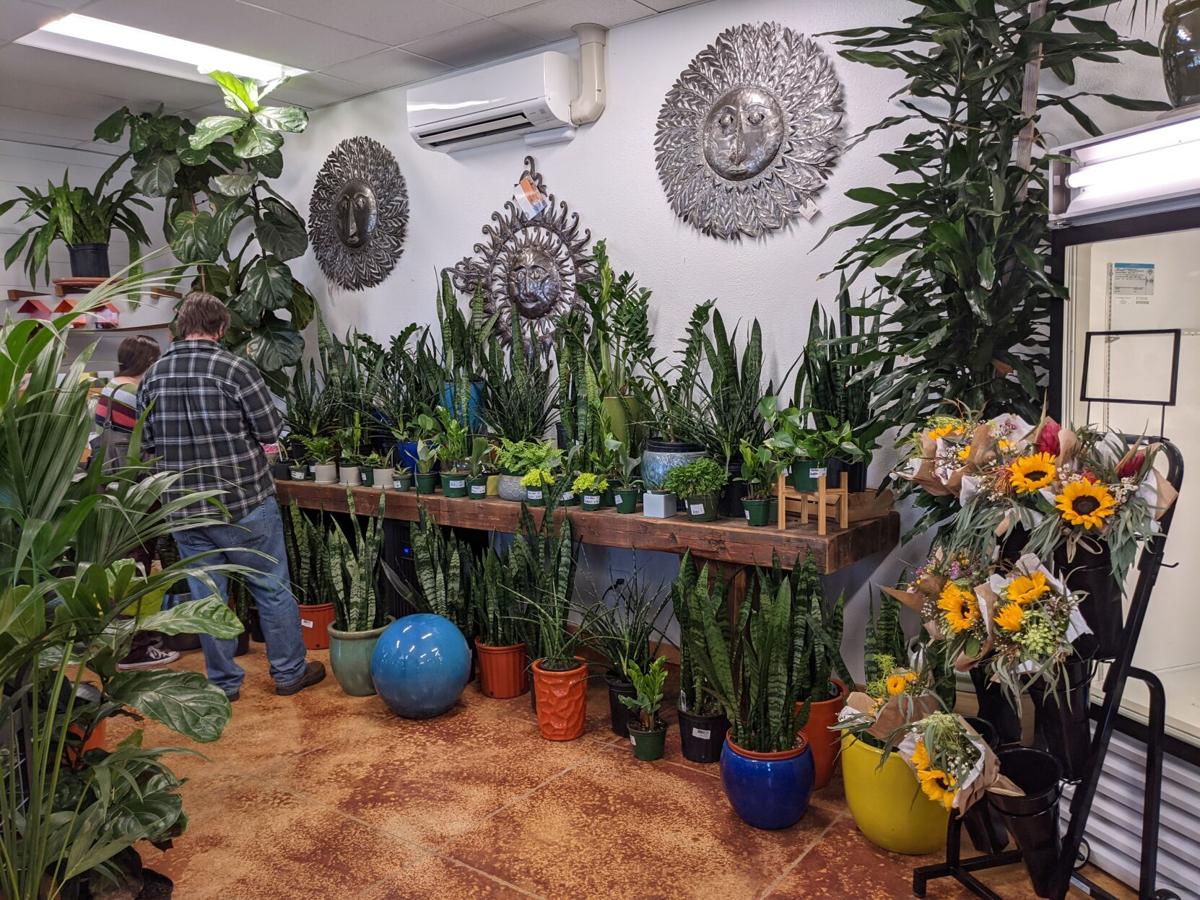 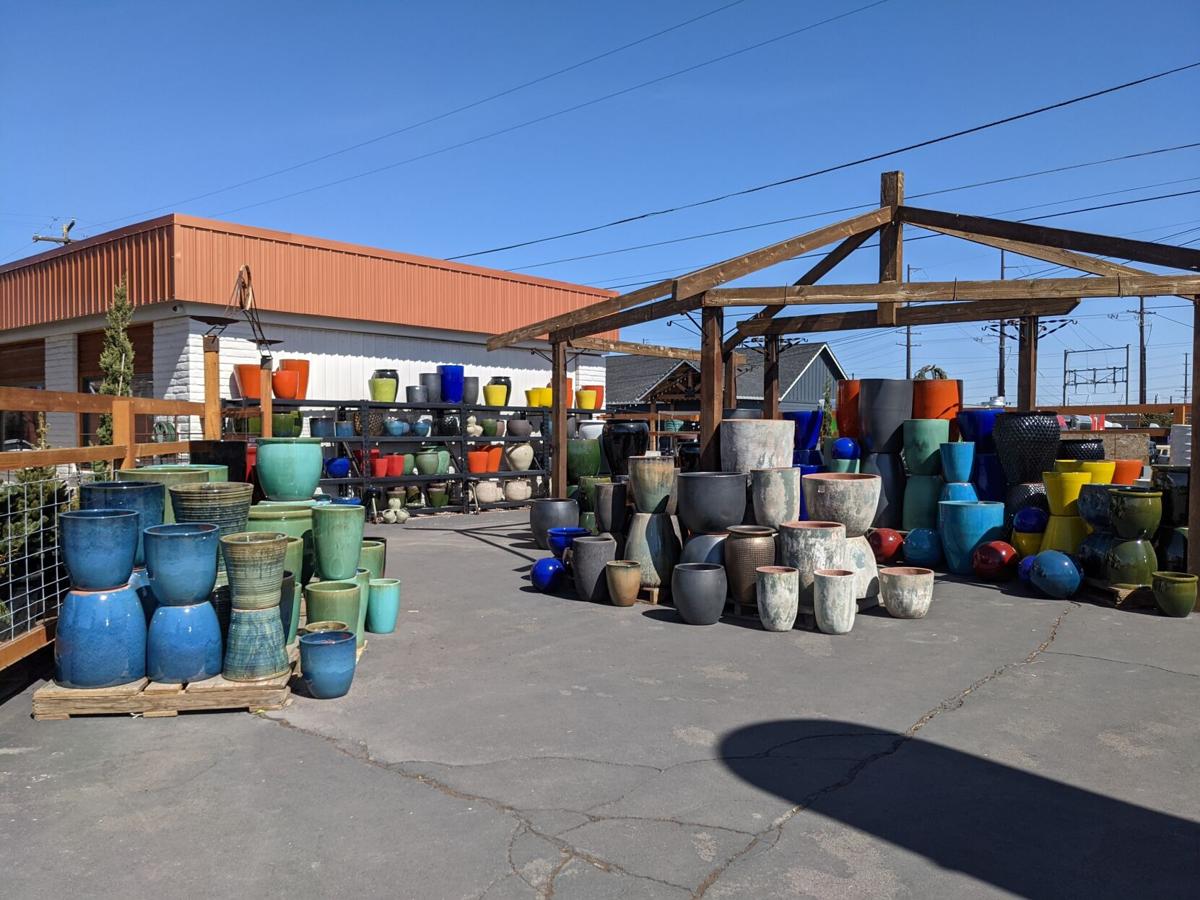 The garden center carries a multitude of large pots for plants. 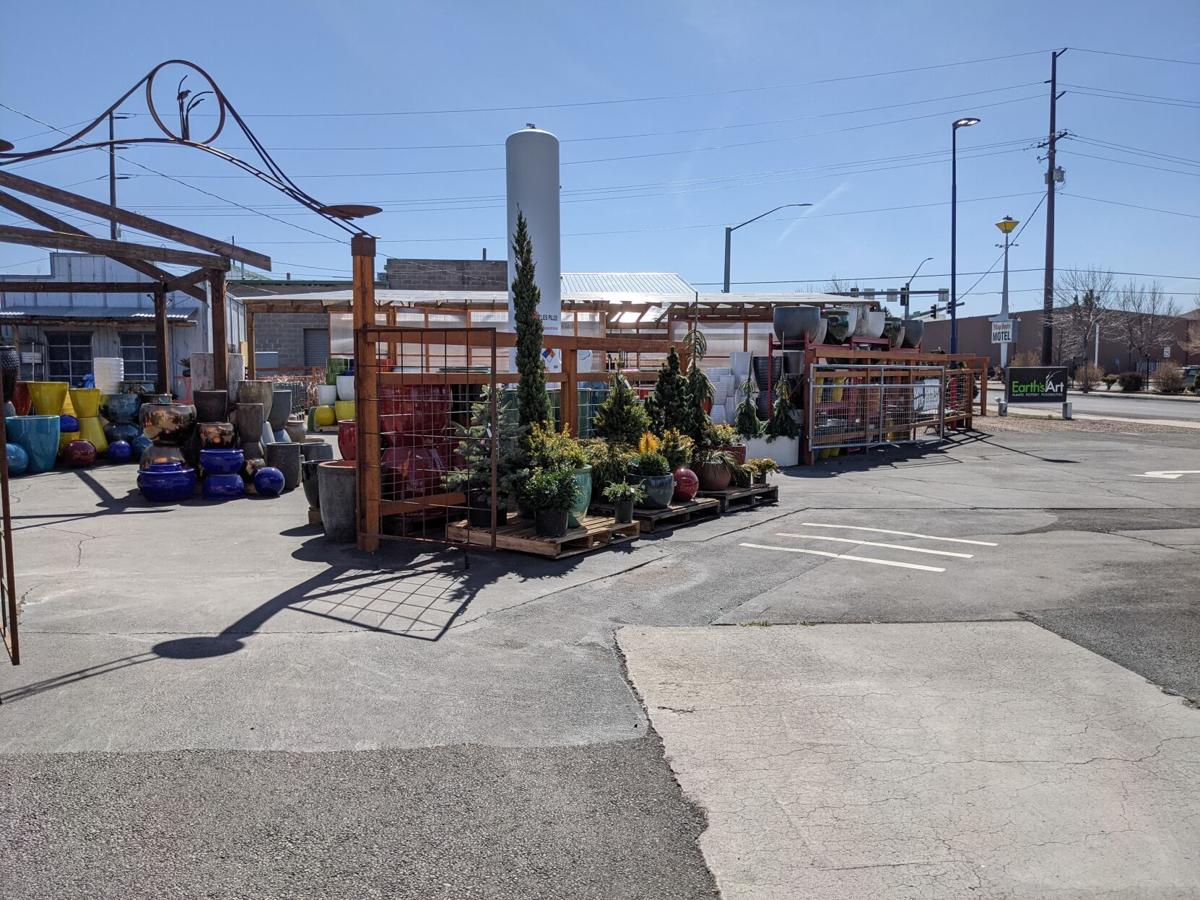 Earth's Art specializes in dwarf conifers and other plants that do well in Central Oregon. 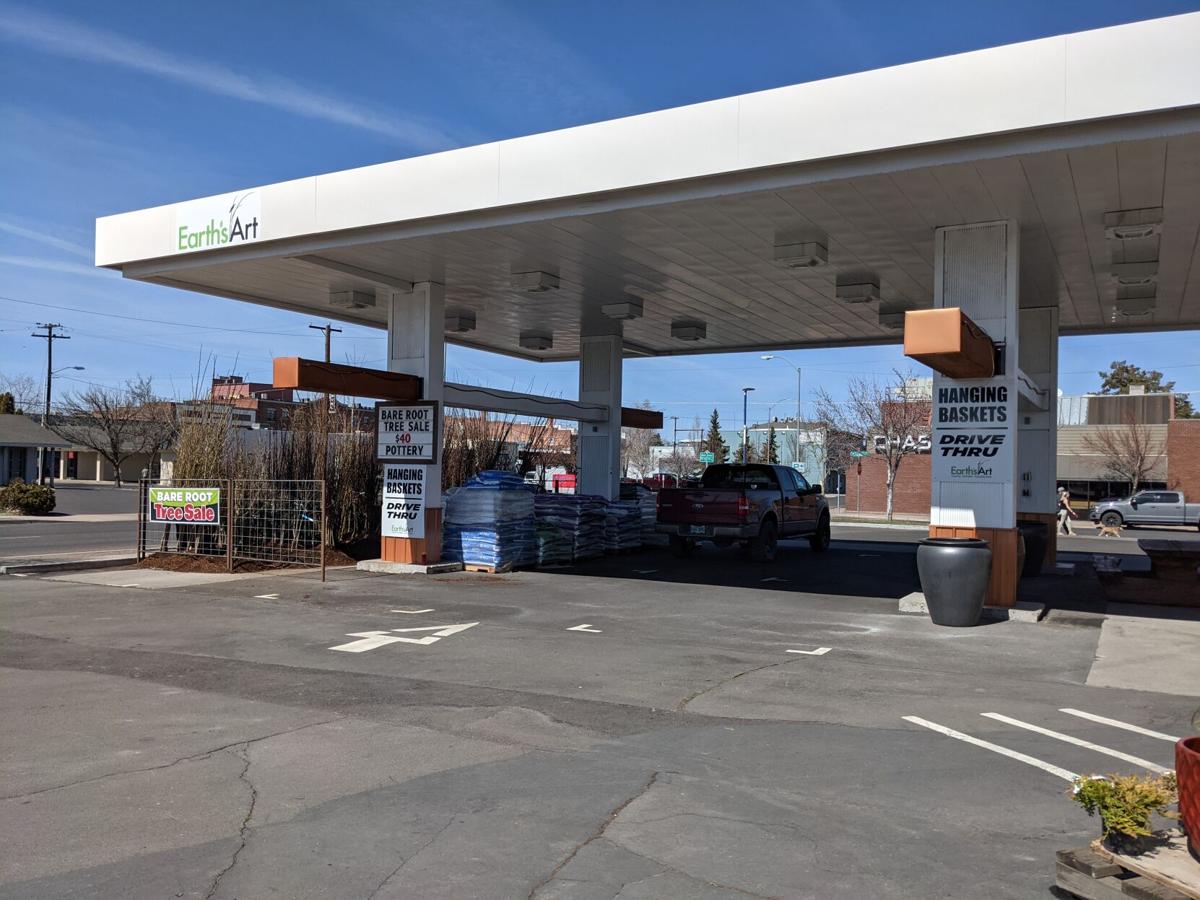 Earth's Art is currently offering bare root trees and will have a drive through option for hanging baskets.

The garden center carries a multitude of large pots for plants.

Earth's Art specializes in dwarf conifers and other plants that do well in Central Oregon.

Earth's Art is currently offering bare root trees and will have a drive through option for hanging baskets.

REDMOND — Walking into Earth’s Art is like walking into a tropical forest. The remodeled gas station building on the corner of SW Fifth Street and Forest Avenue is filled with beautiful mature greenery and folks who have put time, effort and knowledge into helping the plants flourish.

The garden store, which specializes in plants and pottery, will have been open a year at the end of April, but owner Michael Ludeman comes with many years of experience. Ludeman previously owned Tumalo Garden Market, which was founded under the parent company of Earth’s Art LLC, a name which came out of his appreciation for plants as “God’s art.”

Ludeman found the old gas station about ready to be torn down, he said, when looking for a place to open a garden store in Redmond. Instead of doing a complete demolition, Ludeman got creative. Envisioning drive-up sales for hanging baskets in spring, pumpkin sales in fall or Christmas trees in December, he kept much of the gas station structure intact.

Most of the plants inside the building are tropical plants — “1500 square foot of nothing but jungle” — which do need some special care in Central Oregon’s dry climate, said Ludeman.

“People do two things with tropical plants: they overwater and they underfeed, so if you can get control on your watering and get food to it all the time that plant will thrive well here,” he said, adding that running a humidifier or spraying the plant every so often also helps.

The quarter-acre of land adjacent to the building houses a greenhouse and a wide array of colorful pottery — “the best of the best” high quality plant pots from Vietnam, said Ludeman. “Pottery is a big thing to us and people love big beautiful pots and they really dress up a house nicely,” he said.

A long-time Central Oregon resident, Ludeman brings in perennials, trees and shrubs (specializing in dwarf conifers) that are suited to the climate and works hard to be a full-service garden center — supplying not only plants, but also education and even landscaping services.

“We have some factors here with the deer, the cold, all those things contribute to how successful you’ll be with your plantings,” Ludeman said. “So we’re here to help coach you, educate you.” Ludeman said he trains his staff so they have the tools they need to help their customers be successful in both their outdoor gardening and with indoor plants.

Opening a business during the Covid-19 lockdown felt “kind of risky and scary when we entered into it,” said Ludeman, but being designated an essential business allowed them to open as planned. With people spending so much time at home, “people were coming to try to beautify their home now,” he said, which was a boon to nurseries and garden centers around the country.

“We love what Redmond has as far as the community,” he said. “The town has been very supportive … and we’re very appreciative.”

Ludeman also had support from an old friend, Doug Stott, who owned Redmond Greenhouse for many years — and also happened to ride the school bus with Ludeman when they were both children in Harney County.

“He coached me on Redmond and said Redmond’s a great place and so hopefully I can service this town as well as Doug has through the years and give people what they’re looking for,” said Ludeman.