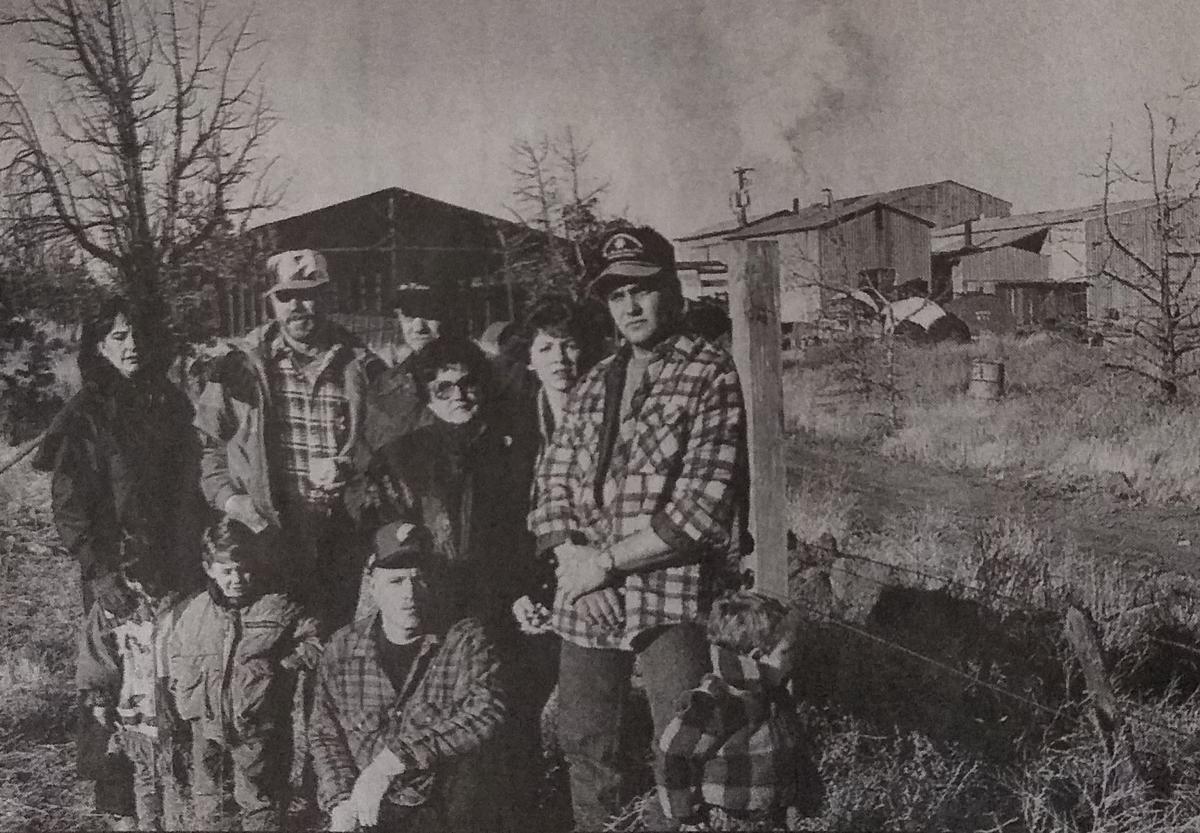 As city expansion moved outward, 1995 neighbors of the Redmond Tallow Plant were unhappy about the plant’s odors. The plant, which rendered tallow and processed meat-meal for animal feed from trimmed fat and bones from slaughterhouses and supermarkets, operated near the O’Neil Highway for more than 60 years until its closure in 2006. At that time it was the last rendering plant in Oregon. 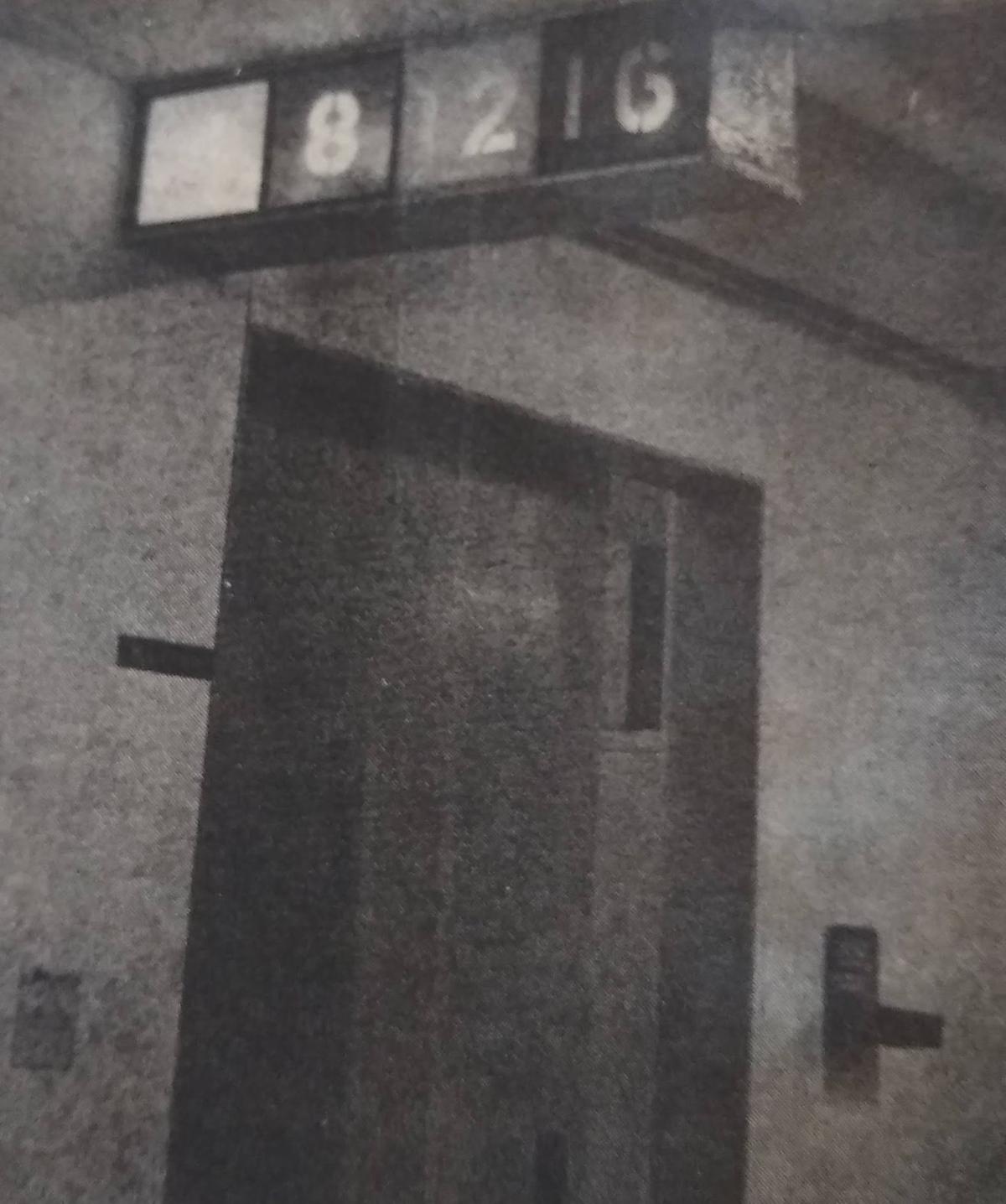 Sign board installed in 1970 at Redmond Air Center was developed by pilot Paul DeCourcey to speed up process of getting smokejumpers airborne. Lighted number indicates how many jumpers are needed.

As city expansion moved outward, 1995 neighbors of the Redmond Tallow Plant were unhappy about the plant’s odors. The plant, which rendered tallow and processed meat-meal for animal feed from trimmed fat and bones from slaughterhouses and supermarkets, operated near the O’Neil Highway for more than 60 years until its closure in 2006. At that time it was the last rendering plant in Oregon.

Sign board installed in 1970 at Redmond Air Center was developed by pilot Paul DeCourcey to speed up process of getting smokejumpers airborne. Lighted number indicates how many jumpers are needed.

The Deschutes county court, by resolution yesterday, established a county library, which makes this county the sixth in the state to establish such libraries.

Under the plan of organization for a county library as provided by statute, and as has now been accepted, formally by the county, and informally by the city, the institution has headquarters in the county’s largest city, with branches to be established in other communities as soon as places for such distributing points and suitable librarians are provided.

The half mill which will be levied by the county and a similar levy in Bend, will insure an income of over $5000 a year for its support.

Three comrades who served together overseas little dreamed a year ago they would be reunited at Redmond army air field, says the Pabloid, Portland army air base newspaper. Such a reunion was held Dec. 3 when Sgt. Richard Pinder of Walla Walla visited Technical Sgt. Elmo Baxter and Staff Sgt. Norman Howe at the Redmond field.

The Portland base paper continues: “The trio went to England in 1942 and later sailed in the African invasion convoy as members of Col. Elliott Roosevelt’s photo reconnaisance group, which was the first organization to take photo reconnaisance in the European theatre of war.

“Landing in Oran, the trio participated in the Algiers, Tunis, Sicily and Italian campaigns. For their work in these major engagements they are authorized tour battle stars on their combat ribbons.

“The going was plenty rough, their outfit was raided by axis planes 20 times in Algiers alone and many more times during the other campaigns. They lived in pup tents all of the time — and food, at first it was the English version of our C ration, called ‘Canyso rations.’ Its main constituents were steak and kidney pudding and Irish stew which was 100 percent goat, scent and all. The rations were packed to serve 14 men to a box and always there was the problem of whether to cook it (if they could find the practically nonexistent fire wood), or to eat the rations cold. Later they were furnished our C rations, and bad though they may be, as a steady diet they still beat the Limey preparation.

“Only two meals a day were served; there were no seconds, and enlisted men and officers (including Col. Roosevelt) ate the same.

“Redmond and Walla Walla may lack some of the conveniences of other bases, but for three fourth air force men, ‘they found a home.’”

Paul DeCourcey, 46, was awarded a $100 cash prize Wednesday, Jan. 7, for his employee suggestion of a “smokejumper call sign system to notify smokejumpers and pilots of the number of smokejumpers needed and the type of aircraft being dispatched.”

The new warning system will speed up the process of getting smokejumpers airborne, stated Tony Percival, public information officer at Redmond Air Center. Under the new system the smokejumpers will know their place in rotation and can glance at the “call sign” to know when they will be dispatched to a fire, he explained.

DeCourcey began working at the air center in the summer of 1966 as a pilot and has been flying smokejumpers ever since. Before coming to Redmond he was a lieutenant colonel in the Air National Guard at Washington, D.C. where he was assigned as wing operations and training officer.

Born and reared in the Prineville and Maupin areas, DeCourcey resides at Ranch Way Acres with his wife, Billie, and daughter, Paula.

SALEM — The Oregon House of Representatives on Monday unanimously elected Rep. Bev Clarno (R-Bend) as speaker of the house.

Clarno, whose district encompasses the Redmond area, said that regaining credibility will be one of the Legislature’s primary goals.

“An efficient session that addresses the real issues facing Oregon should be our goal,” she said. “It is my hope that this session will be marked by openness and cooperation.”

Other priorities, Clarno said, will be balancing the state budget without raising taxes, adequately funding Oregon’s schools, and reducing the amount of state regulation imposed on businesses, farmers and ranchers.