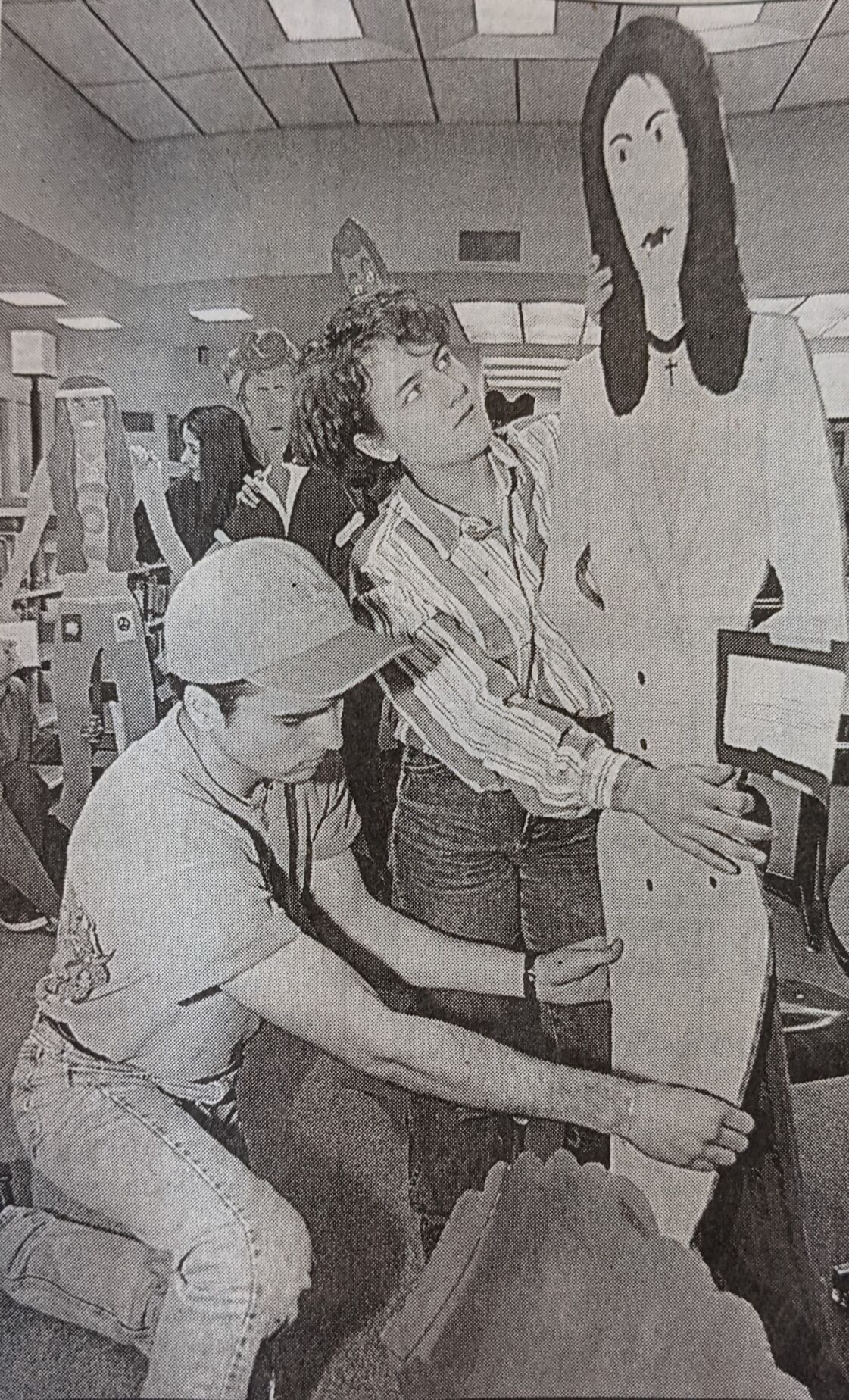 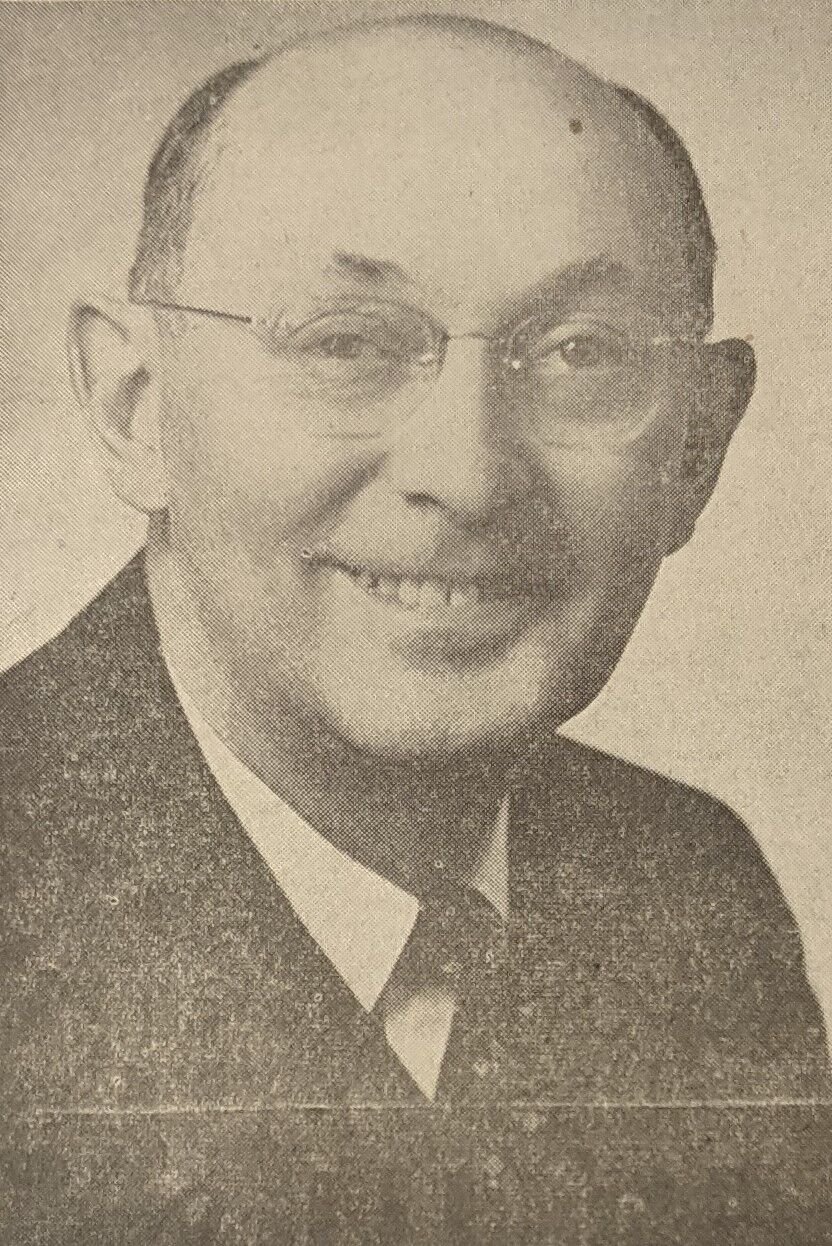 The man behind the grin — and Roberts field — is J.R. Roberts, pictured in The Redmond Spokesman in 1946.

The man behind the grin — and Roberts field — is J.R. Roberts, pictured in The Redmond Spokesman in 1946.

Something had to be done. Redmond ordinarily has had but few prisoners in the city jail, but last week four were registered and taxed accommodations so heavily that some conveniences had to be borrowed for the night.

So the matter has been fixed. Albert Julian, city marshal, and M.A. Cunning, city recorder, were in attendance at an auction sale and bought a double bed and springs for $1.25 and paid fifty cents cartage. This was upon their own responsibility, but the council Tuesday night placed the “okeh” on the transaction and ordered the $1.75 be paid.

With the equipment in place today the jail is able to accommodate double the former capacity permitted by two single beds.

It’s Roberts field again. the city of Redmond received right of entry Tuesday afternoon to Redmond army air field, and within an hour flying activities had been moved from the CAP airport four miles west of town to the big base. Piloting his Fairchild PT-23, Mayor T.J. Wells made the first landing on Roberts field, his passenger being J.R. Roberts, in whose honor the city’s municipal airport was named.

The army engineers in Portland received authority Tuesday to grant an interim permit to the city, Roberts was advised by telegram from E.W. Barnes, chief of the sub-office. Barnes stated that Capt. Olson of Portland army air base will be in Redmond this afternoon or Friday morning to deliver possession of buildings and equipment.

Dick Ballantine, who has operated Redmond CAP airport since August, 1944, immediately moved his planes and operations to the army field. Calvin Butler, who also will operate from Roberts field, flew his Piper Cub there from Prineville later in the afternoon. The Civil Aeronautics administration was notified and designation has been removed from the CAP airport, which attained nation-wide publicity when it was built and used the same day through the efforts of Redmond squadron of the Civil Air patrol and Redmond townsfolk.

At present five planes are in one of the gigantic hangars, the Wells Fairchild, Ballantine’s two Interstates, Butler’s Cub and Al Miller’s Taylorcraft, but it is expected other aircraft will be there soon, including a plan to be used by the CAA safety regulations district office to be opened, with J.T. Feeney as senior inspector.

Until Friday, permits will be required to enter the field, Mayor Wells has announced. This will be for business purposes and may be obtained from J.R. Roberts or Wells. Arrangements for telephone, water and lights cannot be made until Capt. Olson arrives to deliver officially possession of buildings and equipment.

Roberts field has two 7000-foot paved runways, two large hangars which formerly housed B-17 bombers and later fighter planes, taxiways, parking aprons, scores of buildings and other extensive operational facilities. With L.E. Davis in charge, the CAA already has a communications office on the field, which takes weather observations.

Upon learning the move was being made to Roberts field, Gayle Bartel, Shell agent, telephoned Portland and the Shell Oil company mobile unit which has been held pending release of the army field was started on its way to Redmond, arriving Wednesday. Ballantine will be Shell agent at the field, the company has announced. Bartel has furnished gasoline at the CAP airport during the time it was in use.

Teams, composed of six boys and three girls, also will be competing from Washington, Montana and Idaho. Stock for all events will be provided by Ronnie Raymond of Double R Rodeo Co.

Buckles will be given in each event, plus special buckles to all-around boy and girl, and a high point team trophy.

The Friday performance will begin at 7:30 p.m., with Saturday and Sunday shows scheduled for 1:30 p.m. Highlight Saturday night will be a rodeo dance.

Some unusual and even startling art projects are popping up at Redmond High School.

The life-sized cardboard figures of people often get second and third glances as they stand quietly between bookshelves or near counters.

The “people” are part of a study of color and human characteristics in basic design classes at the high school. Students created characters from all walks of life, including an unemployed police officer, a hillbilly waitress and a flower child.

Students developed comprehensive biographies — with relatives and occupations — for their people. From those biographies came such details as balding heads, beards and crop tops for the characters.

Some, like Ivan Foster’s group, went for more of a cartoon style. Foster worked on the waitress character, “Dolores.” In addition to coffee stains and egg smears on her apron, she sports toothpick-thin arms and black combat boots.

For several students, adding color to the figures was their first attempt at painting. Nikki Holm learned, “it’s really hard to make a good skin color.” she said.

The distinctive “people” are now accepting visitors and can be seen in the school library.