Log In Sign Up
You are the owner of this article.
Edit Article Add New Article
You have permission to edit this article.
Edit
Welcome
Home
News
Coronavirus
Sports
Features
Obituaries
Classifieds
Puzzles and Games
Slideshows/Videos
Sign Up for Newsletters
e-Editions
Subscribe Now
Share This
1 of 3 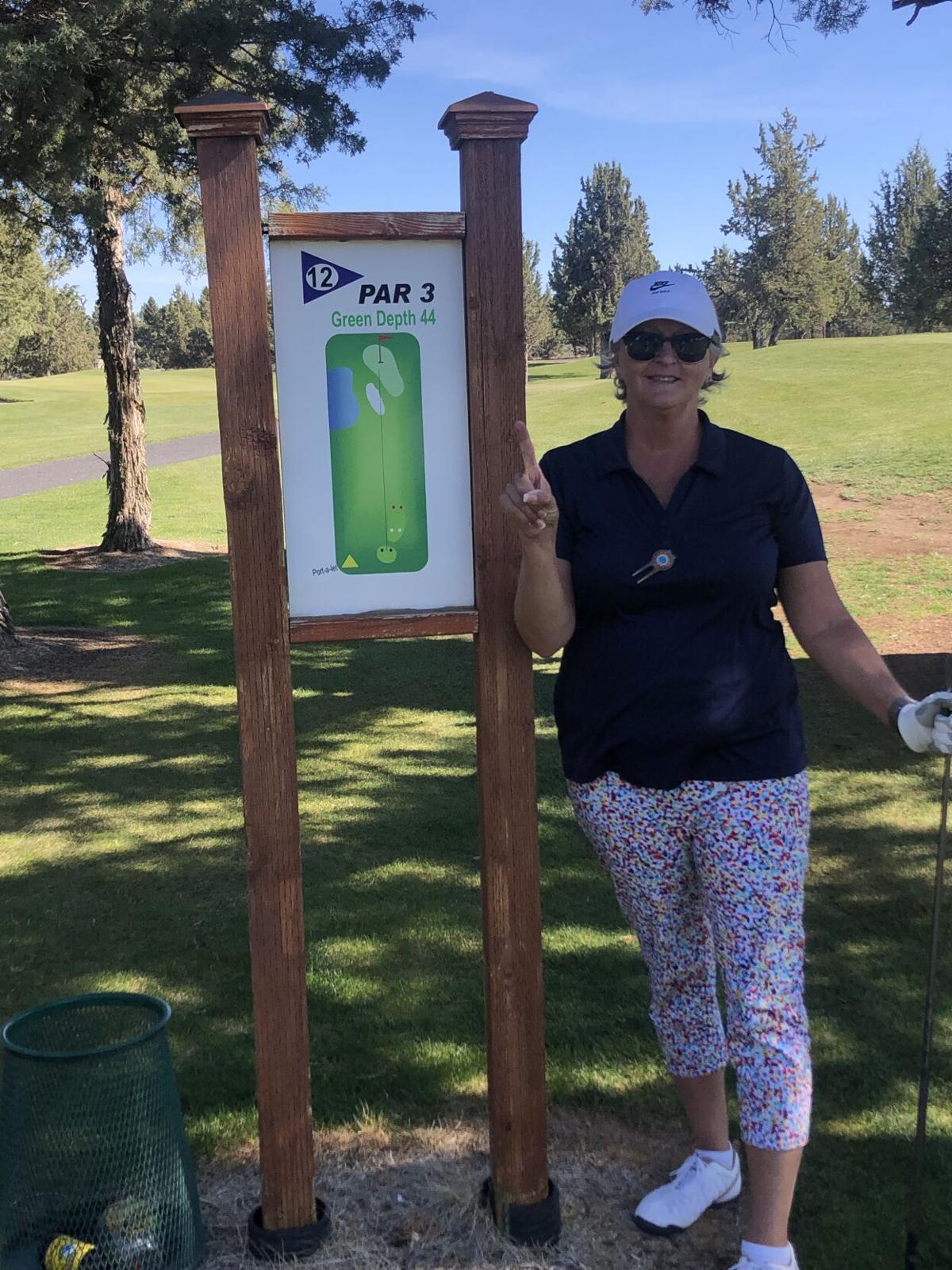 Cindy Mindt at The Greens golf course in Redmond.

Copy of The Bulletin report on Jim Goad's hole-in-one. His second. 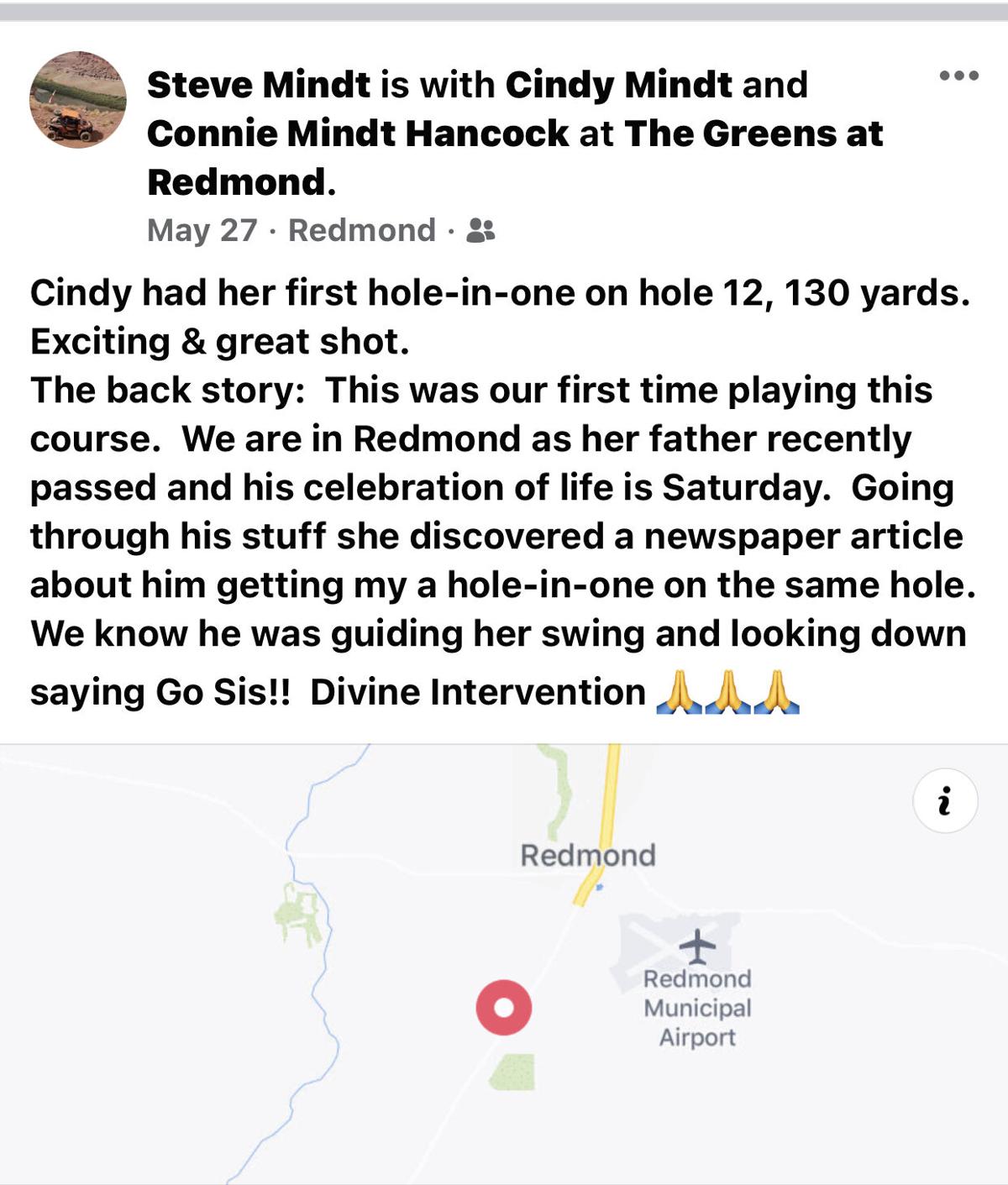 A text by Steve Mindt of the event

Cindy Mindt at The Greens golf course in Redmond.

Copy of The Bulletin report on Jim Goad's hole-in-one. His second.

A text by Steve Mindt of the event

A hole in one for golfers is a special, mostly, once-in-a-lifetime event.

But for a former Bend woman, it was a little bit of a miracle that brought her father, who had recently died, just a little bit closer to her.

Cindy Mindt was in Redmond to attend her father’s funeral services in May.

James Goad, 85, died March 2, and memorial services were set for Saturday, May 29. Goad was a retired forester for Brooks-Scanlon Lumber Co.

Mindt did not particularly want to speak at her father’s funeral and deferred to her brother, Jim Jr., to handle the duties in Redmond. While going through her dad’s belongings, they found a newspaper clipping that Goad had scored a hole in one on the 130-yard, 12th hole at The Greens golf course in Redmond.

A couple of days prior to the services Cindy, 63, her husband, Steve, and another couple, Connie Hancock and her husband, went golfing at The Greens.

Mindt pulled out her driver on the 12th — not having played the game much recently — and watched her ball sail to the right. But when it hit the hillside, it rolled left to the green … and in the hole.

“I felt as if Dad was on my shoulder at that moment,” she told The Spokesman via a phone call. “It seemed like divine intervention.”

She was so amazed, she decided to tell the story at her father’s services.

While she used a driver, her father had used a pitching wedge. And the newspaper report said it was the second hole in one in his golfing career.