You are the owner of this article.
Edit Article Add New Article
You have permission to edit this article.
Edit
Spokesman
Home
News
Coronavirus
Sports
Features
Obituaries
Classifieds
e-Edition
Subscriber Services
Subscribe Now
Share This
1 of 7 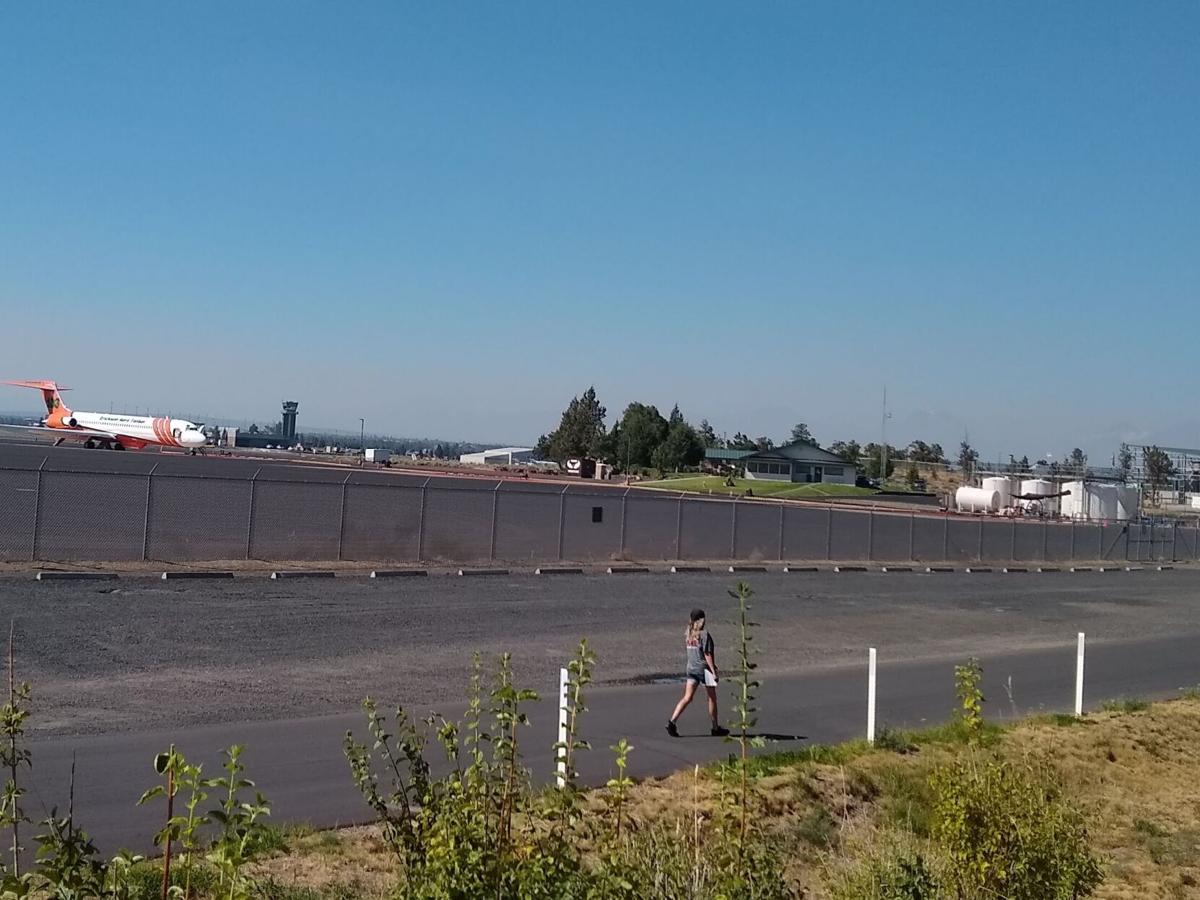 The tanker base at the USFS Redmond Air Center. 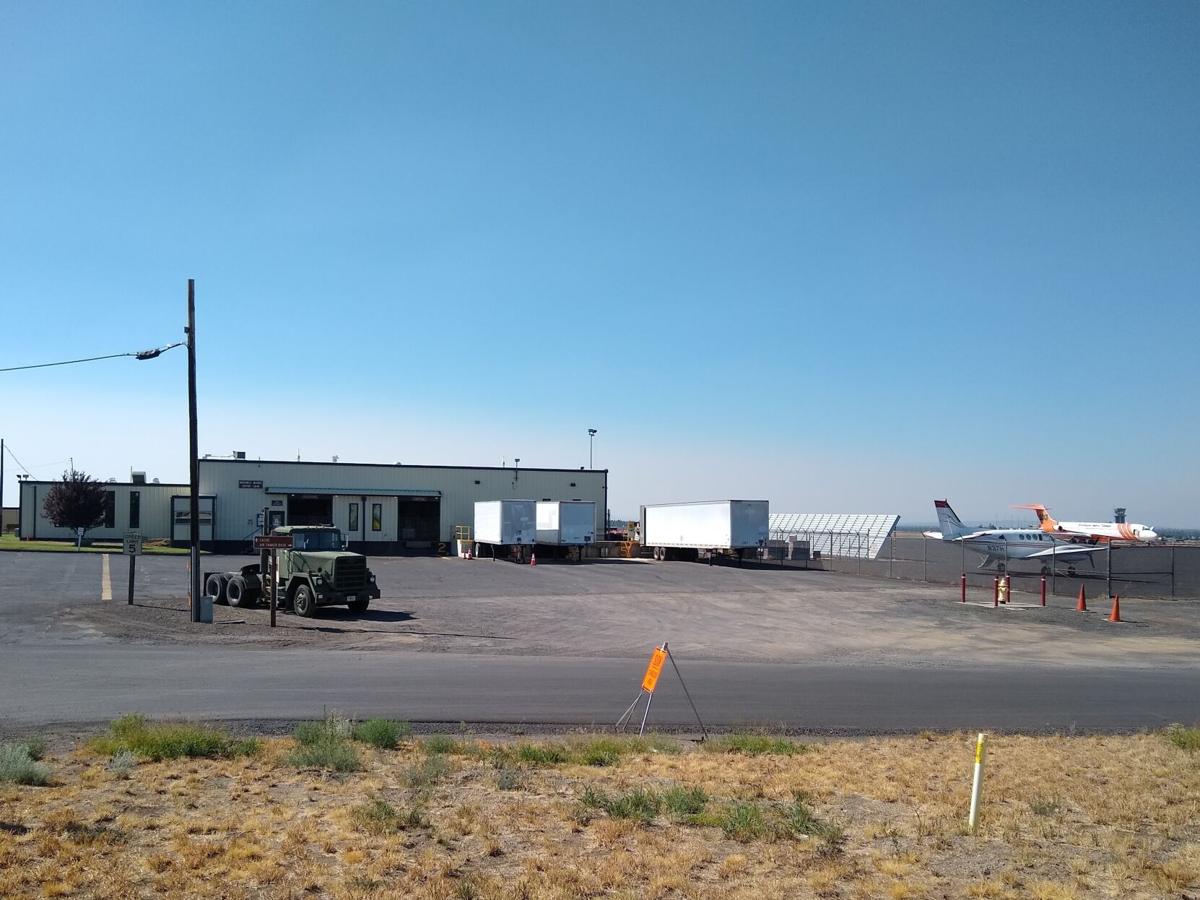 A truck waits to pick up a load of materials outside the cache at the Redmond Air Center. 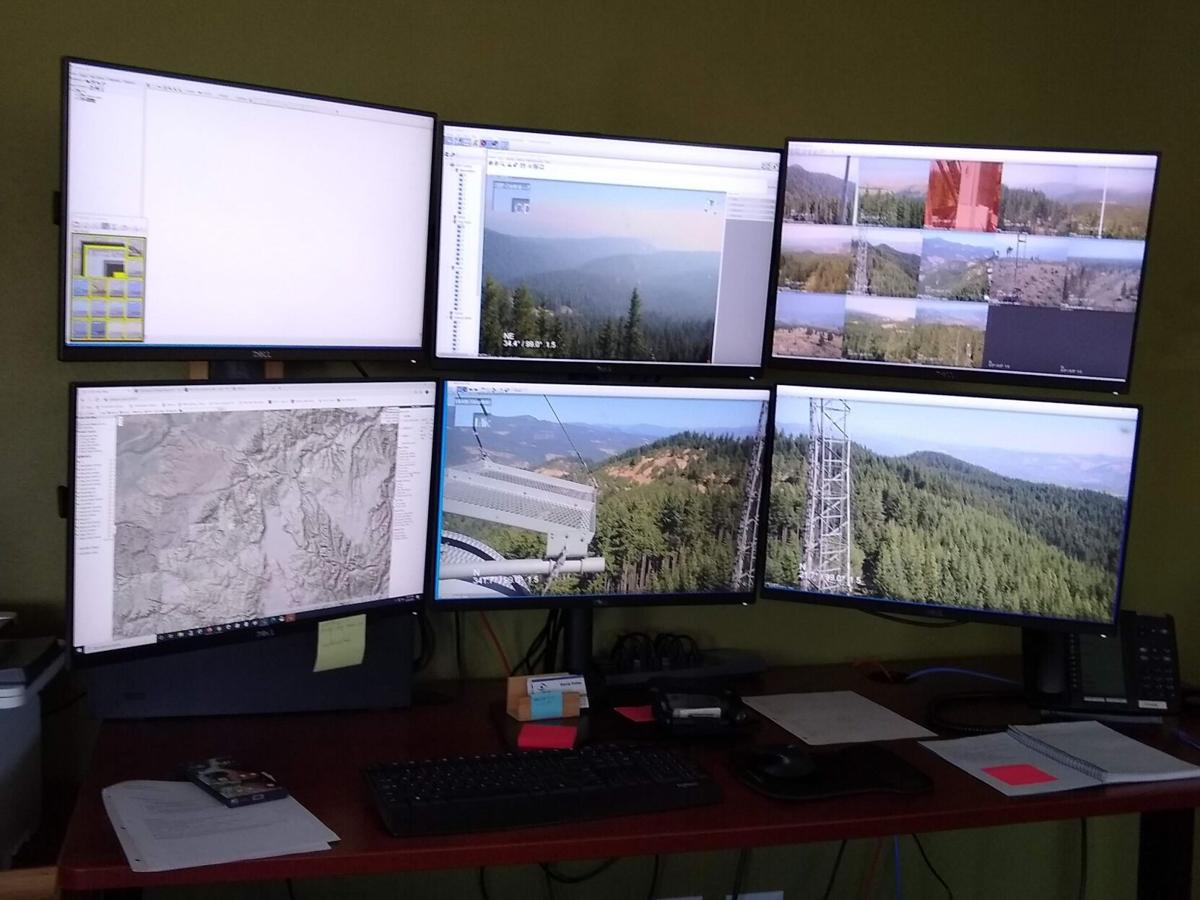 The video feed from lookout towers can alert the dispatch center staff to fires in the wilderness. 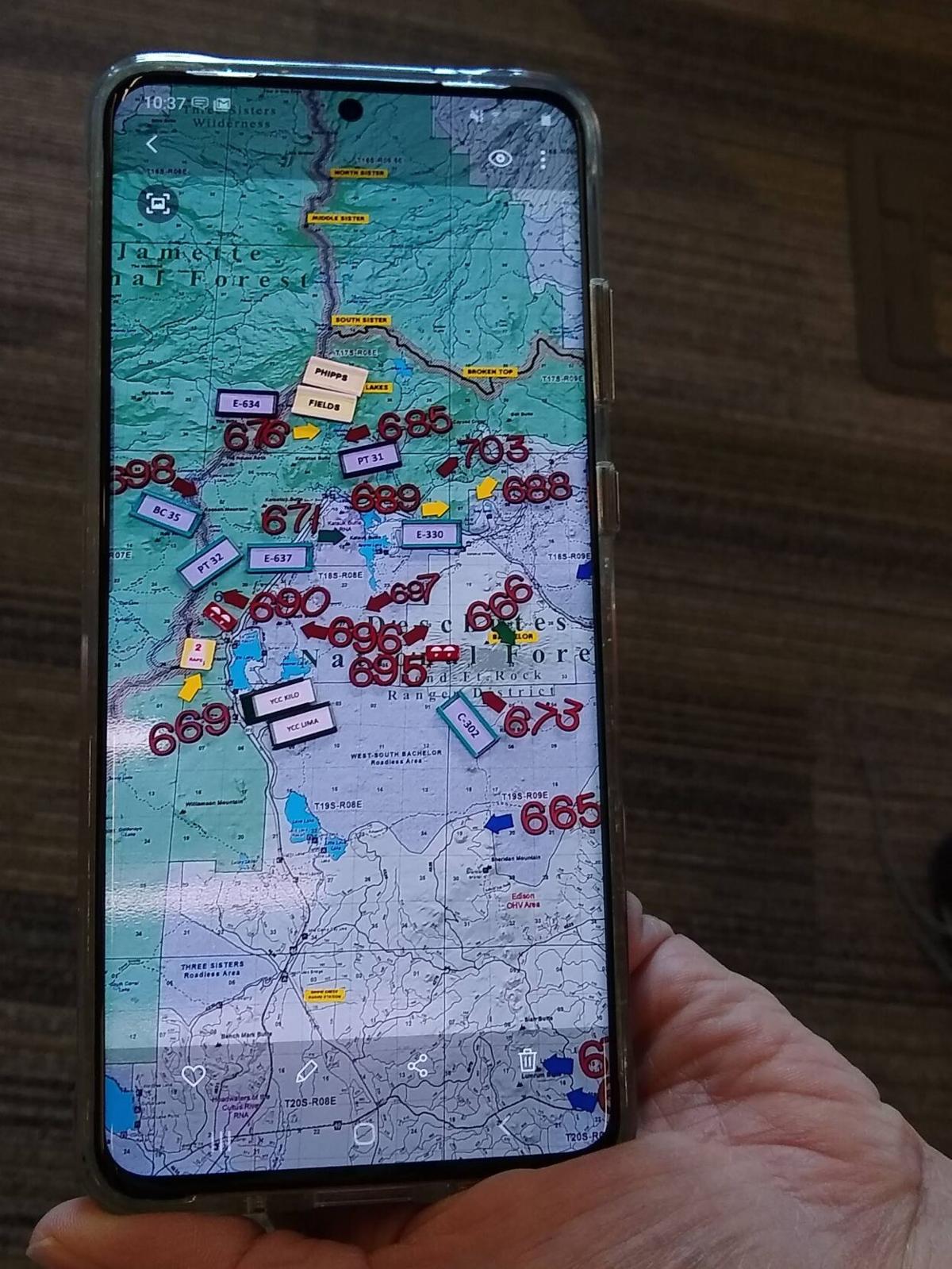 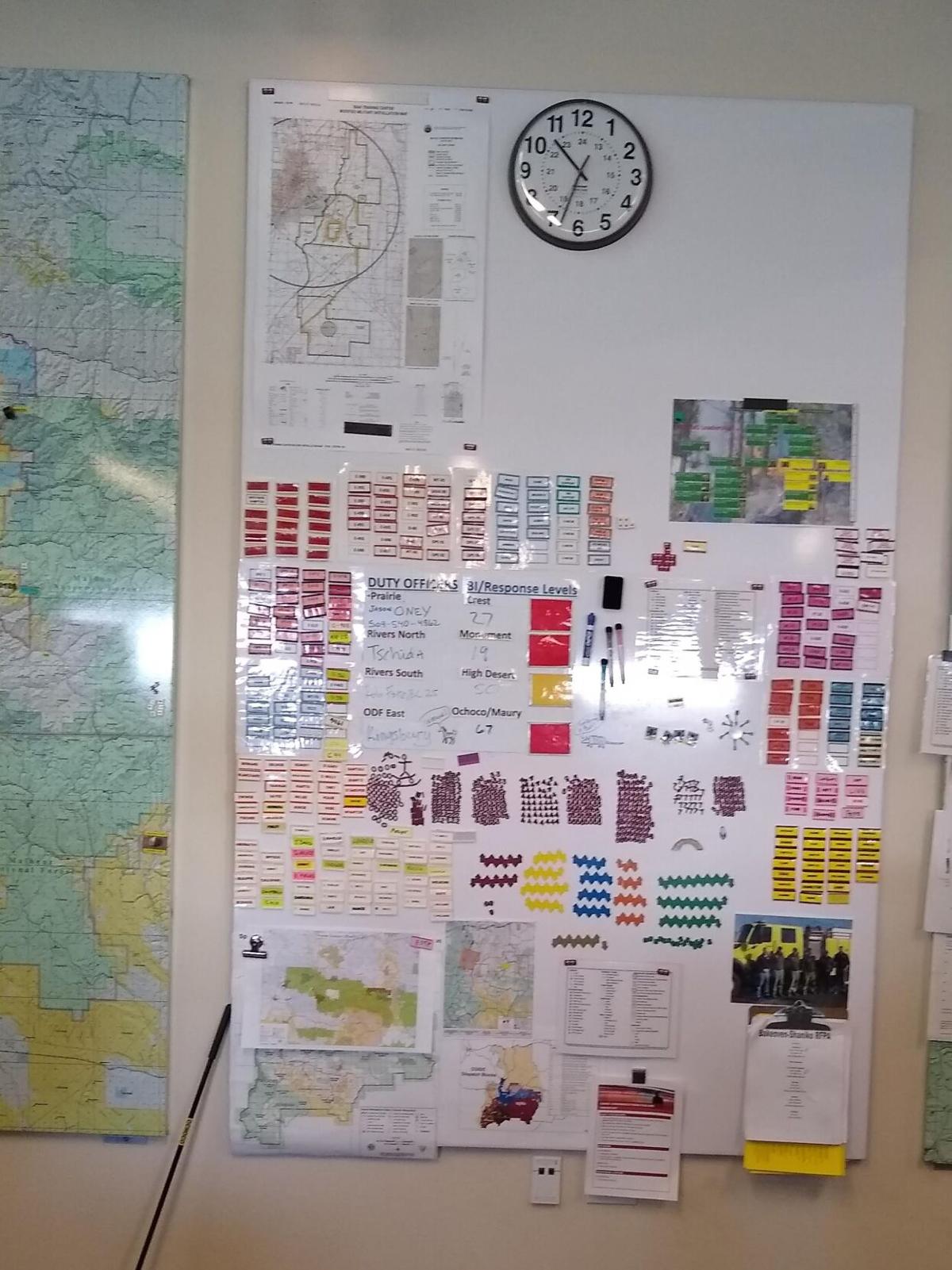 The dispatch center uses markers to indicate the presence of fires and crews on the maps around the room. 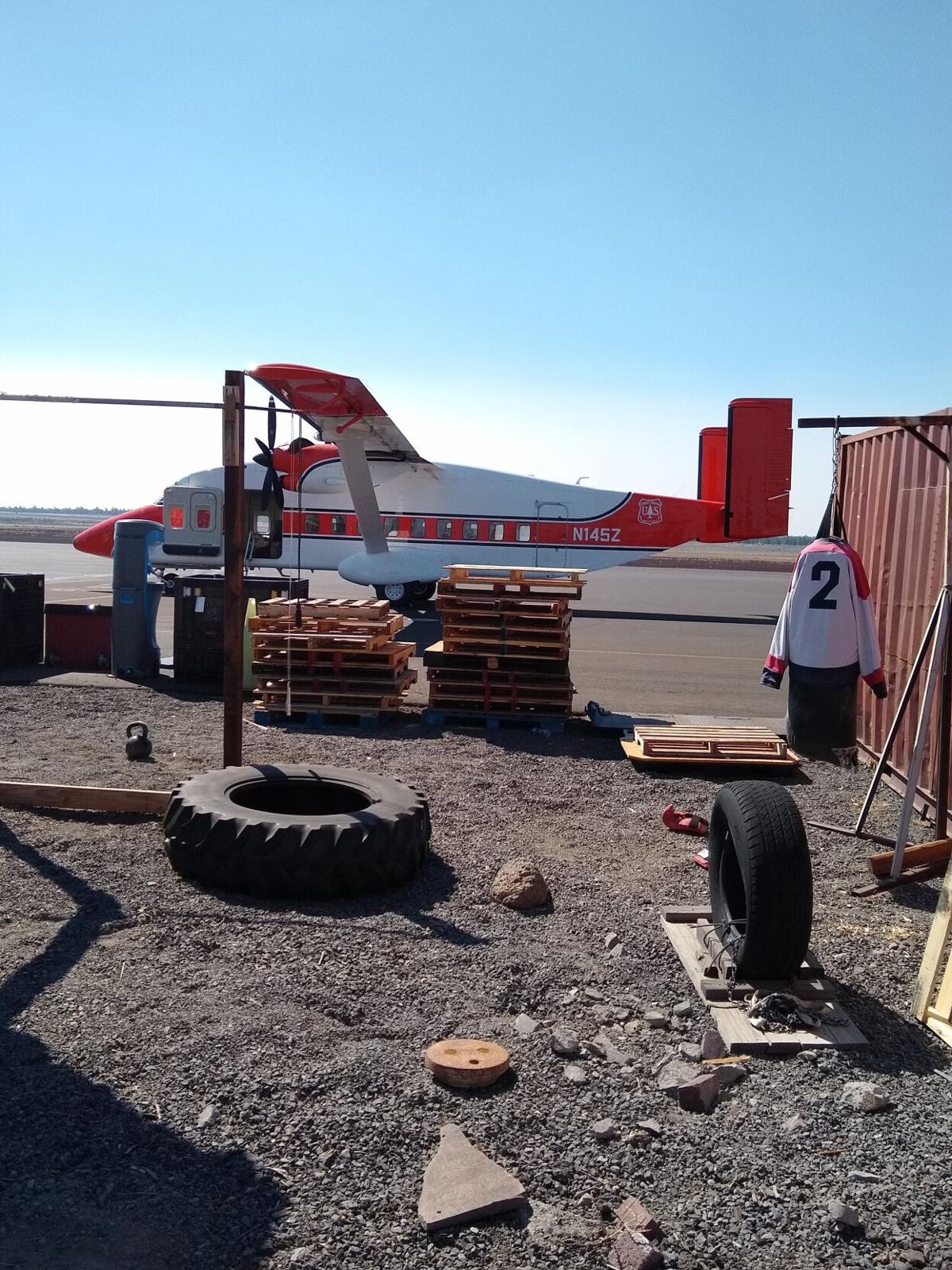 A smokejumper transport airplane sits outside the training area. 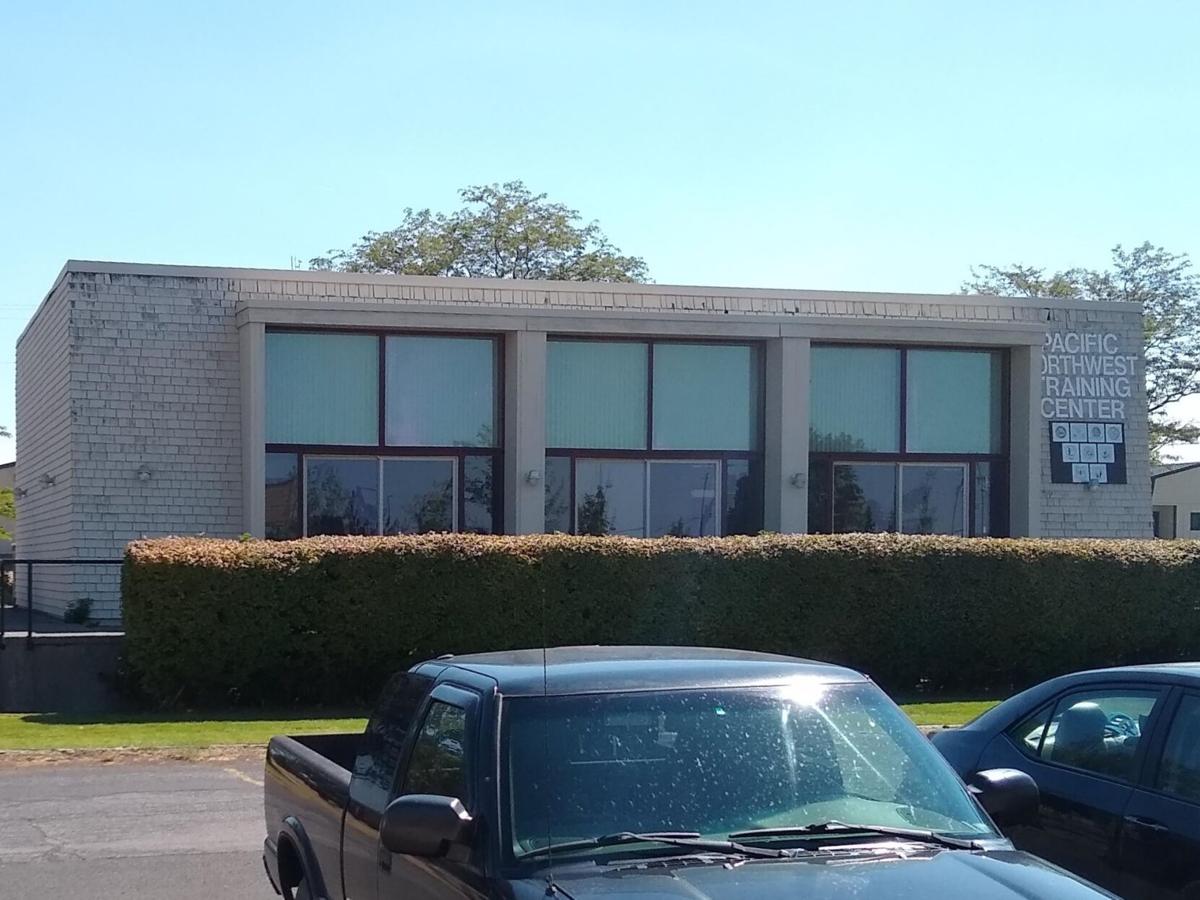 The Pacific Northwest Training Center provides classes on a variety of subjects for wildland firefighters from around the country from fall to spring, and serves as a base for fire crews during fire season.

The tanker base at the USFS Redmond Air Center.

A truck waits to pick up a load of materials outside the cache at the Redmond Air Center.

The video feed from lookout towers can alert the dispatch center staff to fires in the wilderness.

The dispatch center uses markers to indicate the presence of fires and crews on the maps around the room.

A smokejumper transport airplane sits outside the training area.

The Pacific Northwest Training Center provides classes on a variety of subjects for wildland firefighters from around the country from fall to spring, and serves as a base for fire crews during fire season.

The U.S. Forest Service Redmond Air Center is tucked away in a little area behind the Redmond Airport, quietly keeping tabs on fire season for more than 50 years now.

The tanker jets which have been roaring over Redmond during this fire season may be the most noticeable aspect to the community, but the air center also includes a wildland firefighter training facility, a warehouse of firefighting supplies, and the Central Oregon Interagency Dispatch Center, in addition to the tanker base.

The dispatch center brings together Oregon Department of Forestry, Bureau of Land Management and the U.S. Forest Service to identify fires and send out crews, said Jean Nelson-Dean, public affairs officer for the Deschutes National Forest.

Fires are identified through reports called in by telephone and radio, as well as with remote cameras that scan the landscape for smoke from lookout towers in wilderness areas. A staff person keeps watch over the camera feed, triangulating the GPS coordinates for the dispatchers when a fire is spotted.

The dispatch center has four main dispatchers and an air dispatching/tracking desk.

“They will track who is going to the incident, at what time, and then all the details — they’ll just be in constant communication with those resources as they go out,” said Nelson-Dean.

The dispatch center also tracks lightning storms to stage equipment before the lightning strikes start fires, she said, so they can be as prepared as possible to fight the fires as soon as they start.

There were 20-30 small fires burning on Mount Bachelor alone during the last lightning storm, said Sonny Caldwell, who works out of Crescent but was filling in for the dispatch center manager on Friday.

The logistics department of the dispatch center coordinates resources for longer term fires — such as the Green Ridge and Frog fires — including catering, showers, toilets and additional crews. They also provide resources year round for prescribed burns and hazard situations, said Ryan Ellers, a logistics dispatcher.

They work with 900 agency employees and 500 area contractors, said Ellers, as well as “sending people and bringing people in from pretty much the entire country.”

The country is on “preparedness level 5,” said Nelson-Dean, which means that requests are coming in from all over the country. “Normally we try to keep resources in Oregon and Washington,” she said, but California currently has the highest national priority.

“There aren’t enough tankers, not enough crews,” Ellers said, “so when (a request) goes up to the regional level or the national level, they prioritize. They are constantly balancing resources so that those limited resources get to where they need to be. Not every fire gets what they want.”

The cache, or materials warehouse, supplies the crews with equipment, and also provides about 60 jobs for people in the Redmond area each summer, said Nelson-Dean.

“You’ve got stacks of hoses, chainsaws, tents, bedding, this year probably masks, all the tools, all the equipment,” she said.

Trucks are loaded up from the cache to take equipment to both incidents and smaller caches around the area, said Nelson-Dean. “It’s a constant support system.”

The cache managed about $100 million in product just during fire season a couple of years ago, she said.

The tanker base, which sits just behind the Redmond Airport’s control tower, gets pilots and tankers from all over, said Nelson-Dean. The tanker jets can take a load of 3,000 gallons of fire retardant out to a fire and then come back and be filled up and ready to go again in just 12 minutes after they land on the base, she said.

Smaller lead planes show the tanker pilots where to drop the load, she said. They “shoot out little puffs of smoke” so that the tanker can release their load along the trail of smoke. The lead plane and the tanker are working closely together.”

The pilots are also working closely with the resource advisors that are out on the fire looking out for the environmental impact, she said. “If there’s areas on the ground where fire retardant should not be used, resource advisors will let them know.”

During fire season, fire crews are dispatched out of the training center for a 14 day assignment followed by two days of rest, said Nelson-Dean. “Hand crews, smokejumpers, and more are based at the training center — we’ll have crews here so that we can send them directly out. Crews may also be staged in other areas.”

The training center is busy from fall to spring teaching wildland firefighters skills from saw training to weather behavior to incident command classes, she said, and firefighters come from all over to learn at this center — both fire science and physical training.

Some young people work as firefighters in the summers to pay for college and end up staying on and moving into higher levels of firefighting (such as smoking jumping and rappelling or incident command), she said, while others study fire science in college and plan to stay in the field for their career.

“I think it’s a great learning and growing opportunity,” she said. “And some people love it for extended periods of time. They love the camaraderie, they love the experience.”

Smokejumpers are firefighters who parachute into wilderness areas that have limited access, said Nelson-Dean. “One of their primary uses are in that initial attack: We know we have a fire, we know it’s growing — they can have quick turn around, they can be in multiple places in one day.”

The U.S. Forest Service will be hiring for more advanced wildland firefighter positions this fall, she said.

Oregon is not just in fire season right now, said Nelson-Dean, but is also experiencing a drought, which intensifies the fire situation. In addition, she noted that numbers of people out in the wilderness are very high this year because so many are choosing outdoor recreation. She cautioned the public to follow the fire restrictions carefully, because lightning causes enough fires, she said, without additional fires caused by carelessness.

“One good thing is that a lot of people are seeing how public lands can be a relief from stress, and a place to connect with their family,” she said, “but the other piece of that is being good stewards of the public land so that next year you can still have that experience in that place.”

“The Redmond Air Center is a big deal. I think Redmond should be proud to have it in its community,” said Nelson-Dean.