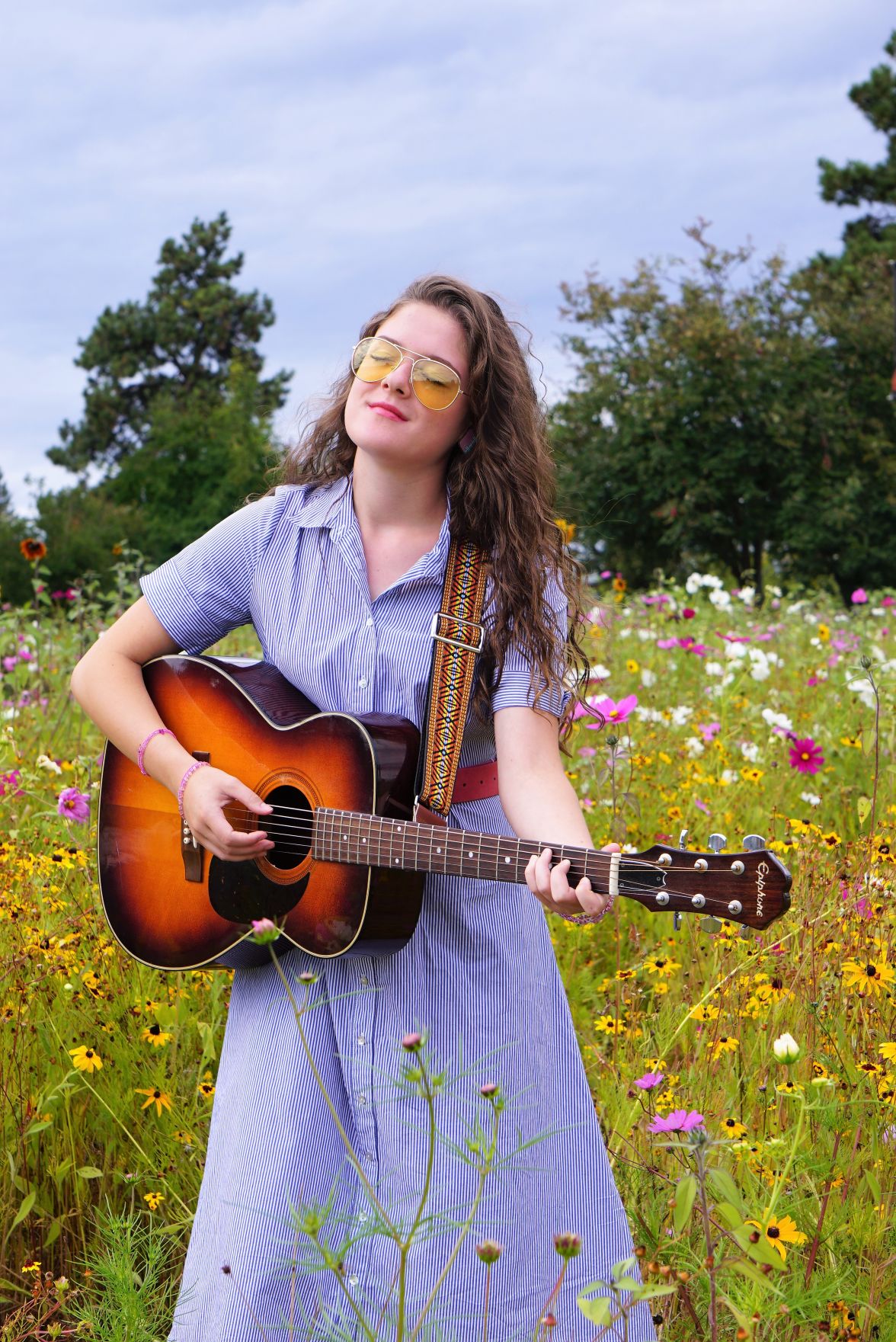 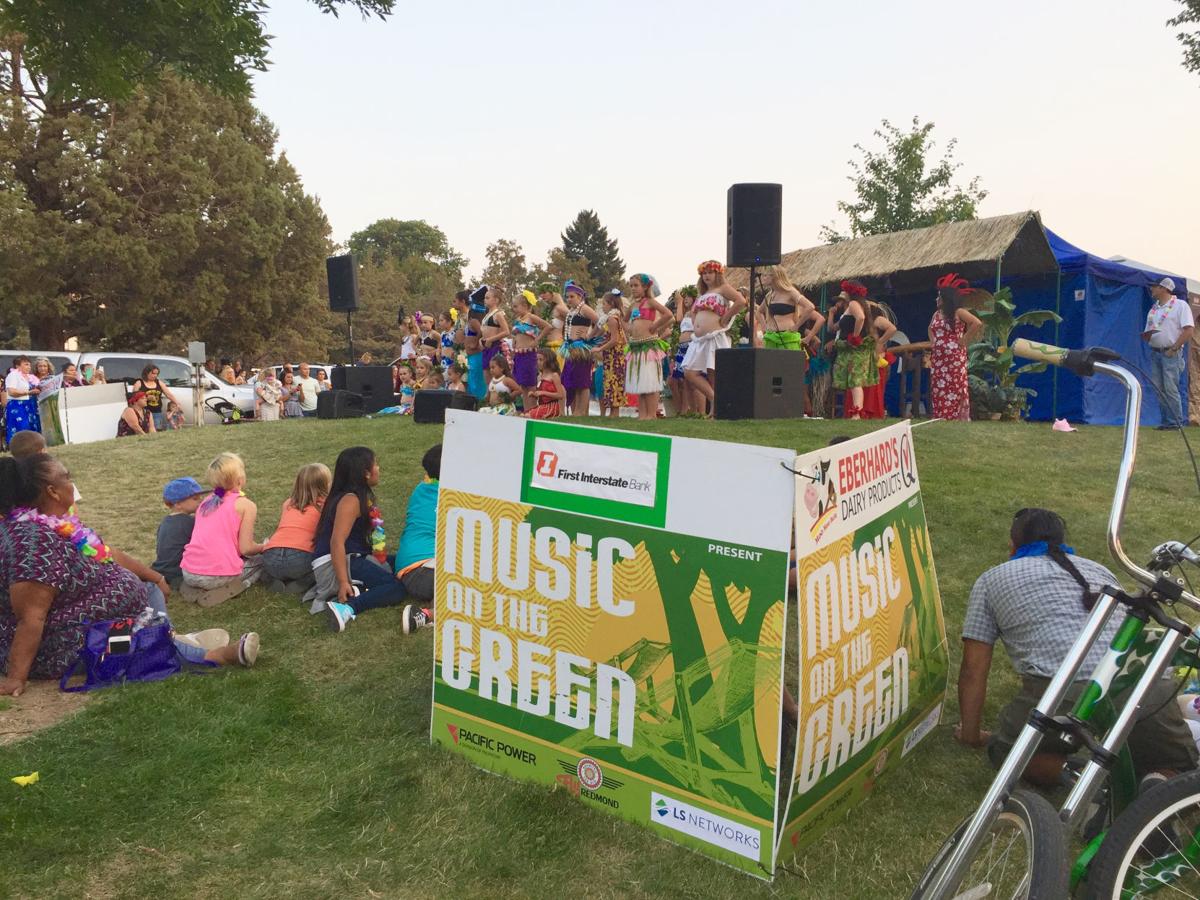 Redmond’s young Hokulea Dancers perform for the crowd in 2018 at Sam Johnson Park, literally “on the green.” This year, the concert series will be virtual.

Redmond’s young Hokulea Dancers perform for the crowd in 2018 at Sam Johnson Park, literally “on the green.” This year, the concert series will be virtual.

The show must go on, as they say.

In this case, that show is the summer concert series usually held “on the green” in Sam Johnson Park — now streaming from the backyard of musicians direct to your own home; or if you prefer, the participating venue of your choice.

Several local venues are preparing to screen the concert series, including Porter, Kobold, Mazatlan and Over the Edge Taphouse in Crooked River Ranch.

Although they could have held the concert series in the park under the COVID-19 Phase 2 operations guideline, it would have limited attendance to 250 and closed off “all the fun parts of the park,” said Kara Roatch, events director for the Redmond Chamber of Commerce, which presents the annual concert series.

“We would have loved to do the in person, on the green concerts in the park,” said Roatch, but that would have meant creating a perimeter which would block off access to Hope Park, the popular ADA playground, and the pavilion — as well as selling tickets and having attendees register to make contact tracing possible.

The free concerts usually draw upwards of 1,000 people, Roatch said, so they also would have to be prepared to turn people away, including those who might just want to be at the playground.

So they turned to “technological magic,” as Roatch described the livestream process.

They also didn’t want to create a “haphazard environment” for the many business and food vendors, said Roatch. Some vendors will be setting up at the venues screening the concerts and others are accessible in an online vendor marketplace, which businesses may join through the summer.

The concerts are also host to fundraising for local nonprofits, either through a link on the website or a donation jar managed by a chamber member at the broadcast sites, said Roatch. The first nonprofit on the roster is Jericho Road.

Roatch said they are open to venues throughout Central Oregon showing the livestream concerts and anyone interested may contact her.

She is optimistic that they will be able to have in-person attendance for the last concert, as well as the livestream — something they hope to continue in future years.

“It’s awful that we’re all forced into this kind of thing, but I think even when we go back to live and in-person next year we’re going to maintain the livestream because it gives the sponsors, musicians, and others more exposure — it’s not just for locals it’s for everybody.”

Some familiar names will be playing over the summer — Bobby Lindstrom, Juju Eyeball and the Hokulea Dancers — but the concert opens with Olivia Knox, a young singer-songwriter from Bend.

Knox was a last minute addition to the lineup, said Roatch, suggested by Chris Ossig, “the tech guy,” who is setting up with the artists to record the livestream, when a member of the originally scheduled band had a health emergency.

The group coordinating the concerts “fell in love (with Knox) instantly,” said Roatch. “She has a very fresh sound, something that hasn’t been heard in our concert series for a long time, at least since I’ve been the events director.”

Knox, who is 17 years old, will be playing original and cover songs on ukulele and guitar, accompanied by drummer Nole Kennedy and pianist James Knox, who is Olivia’s father.

Growing up in a very musical home is an inspiration for Knox, whose father teaches music and also founded the Bend Children’s Choir.

“I grew up in his choir — that’s how I grew to love music. He was showing me how fun it could be at a young age.”

Other musical influences include folk and indie artists such as Mindy Gledhill. She began performing at a “First Friday” when she was in sixth grade. “I basically sang all her (Gledhill’s) songs.”

Knox was also writing her own songs and started playing at open mic sessions with her ukulele a couple of years later, at the suggestion of her mom, who now supports her as social media manager and booking agent.

Storytelling and making a difference are a big part of Knox’s songwriting. “Basically I write anything that inspires me or that I’m passionate about,” said Knox.

One issue Knox is passionate about is fighting sex trafficking. She wrote her song “Lost Girl” for Sudara, a group founded in Bend to help women in India leave the sex trade through education and learning skills to support themselves in a sewing center.

“I was like, wow, there are girls my age who don’t have a right to their own body. I have so many rights, thinking about these women just hurt me. I thought how can I be involved?”

Knox plans to study songwriting in Nashville after she graduates high school next year.

The concerts, presented by the Redmond Chamber of Commerce and sponsored by First Interstate Bank and Eberhard’s Dairy Products, will be every other Wednesday evening from 6-7:30 p.m. through Sept. 2 and the livestream is accessible at redmondsummerconcerts.com.