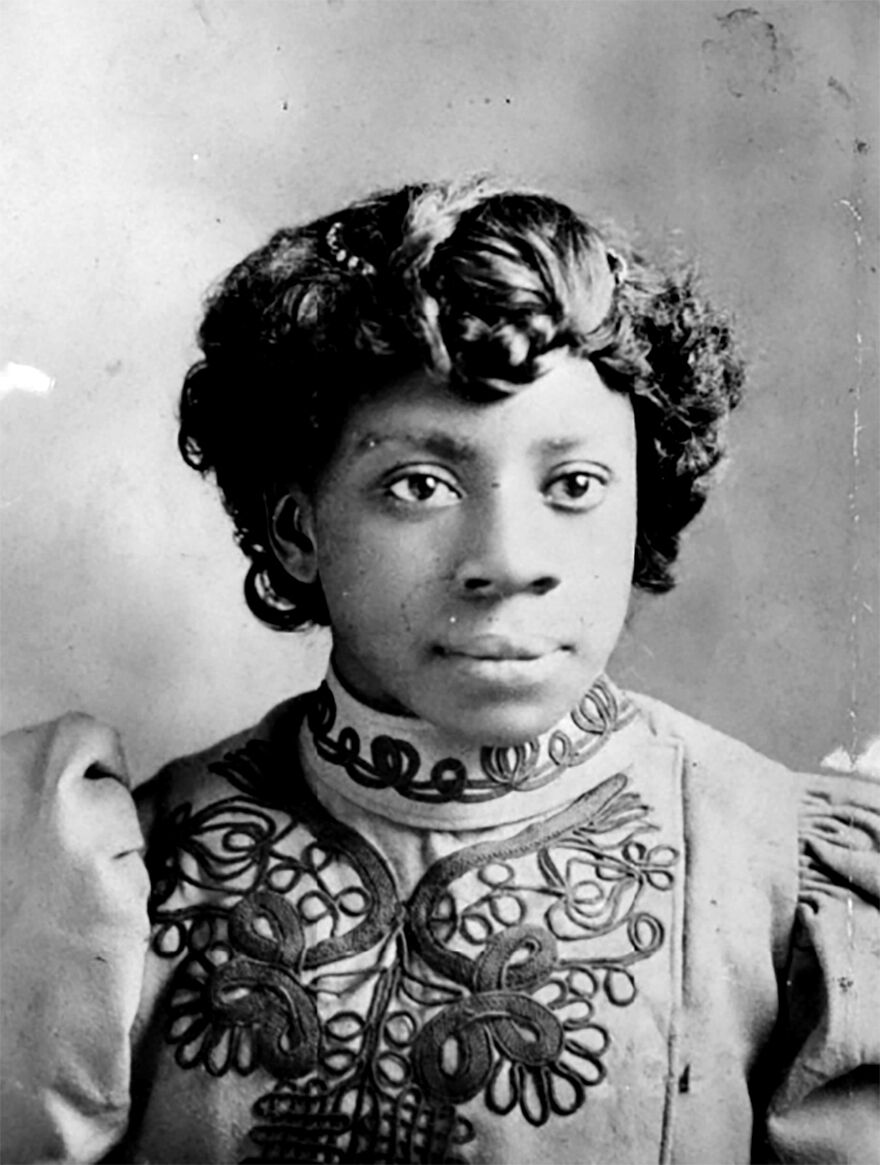 A portrait of Frankie Baker from the turn of the 20th century, around the time of Allen Britt’s fatal shooting. 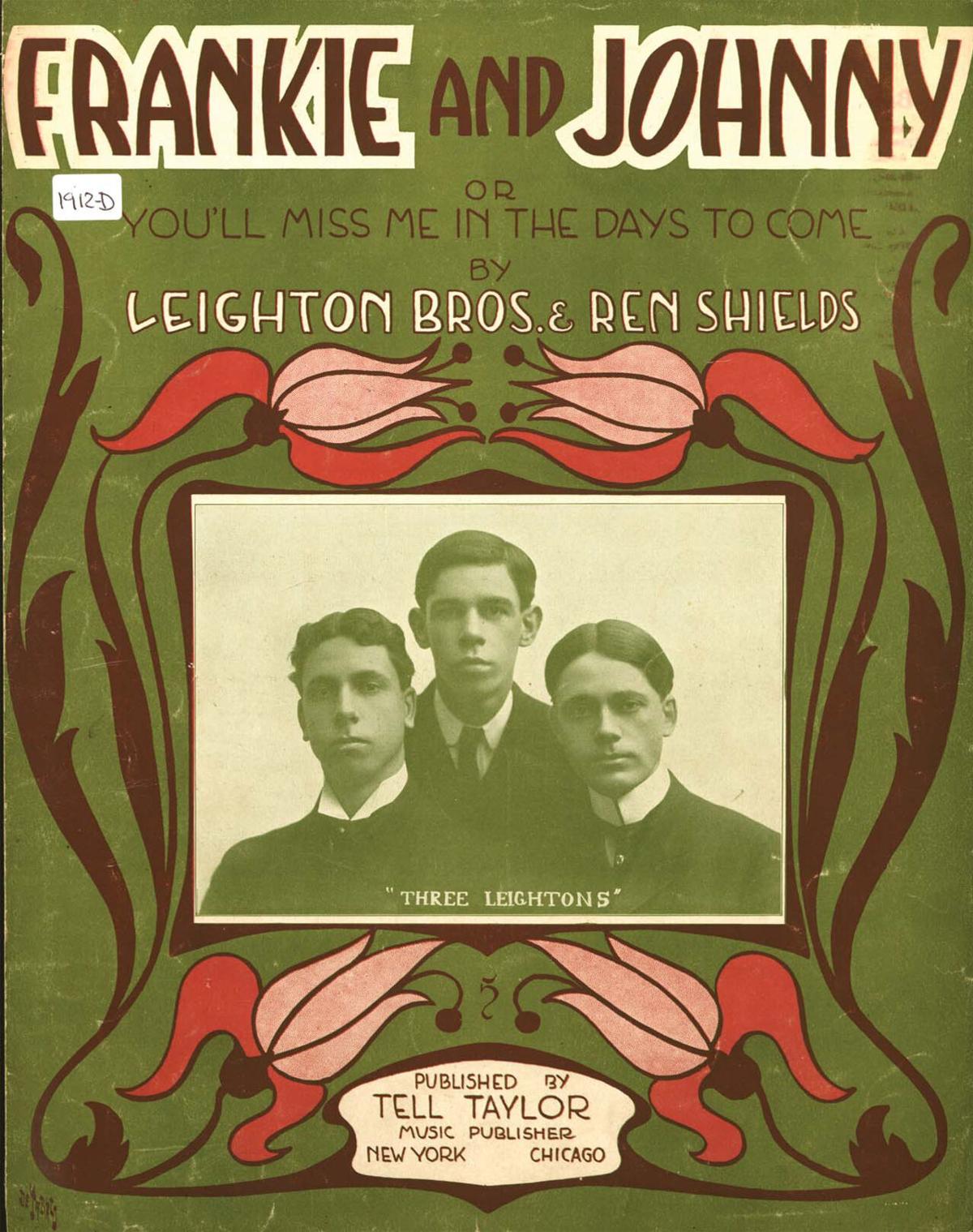 The front cover of one of the first nationally-published sheet-music versions of Frankie and Johnny, published by Tell Taylor in 1912.

A portrait of Frankie Baker from the turn of the 20th century, around the time of Allen Britt’s fatal shooting.

The front cover of one of the first nationally-published sheet-music versions of Frankie and Johnny, published by Tell Taylor in 1912.

Sometime in 1915, a 40-year-old Black woman named Frankie Baker stepped off the train at Portland’s Union Station. She had come to stay — Oregon would be her home for the rest of her life.

At that time, Portland had a a reputation as a good place to hide out when you were on the lam. It was far off the beaten path; but the town had all the cultural perquisites of civilization, or most of them anyway. Plus, the people of Oregon had a reputation for minding their own business.

So a lot of people who got into trouble back east came to Portland hoping for a fresh start. And yes, Frankie was one of them.

Frankie Baker, you see, was the Frankie — of “Frankie and Johnny” fame.

The story told in “Frankie and Johnny” is very well known — the song has been covered by at least 250 recording artists over the last 120 years. Mae West made it her theme song. Elvis Presley’s recording earned him a gold record. Originally a ragtime piece, it’s been adopted into jazz (Louis Armstrong, Count Basie, Dave Brubeck), country (Johnny Cash, Doc Watson, Jimmie Rogers), blues (Lead Belly, Mississippi John Hurt, Mississippi Joe Callicott), rock-and-roll (Jerry Lee Lewis, Van Morrison, Gene Vincent) — basically, every musical style that’s come along since the end of the 19th century. Somewhere out there, there is probably even a dubstep version.

Of course, it should be no big surprise that the story the song tells is not strictly true. But, what is the real story, you might ask?

Well … we know the general outline, but the details have been lost in the mists of time. Despite the song’s popularity throughout the 1900s, nobody seems to have really dug into its origins until 1975 when a St. Louis University graduate student named John R. David took it on for his Ph.D. dissertation. By then, David found, most of the people involved were long dead, and most of the survivors were so sick of the song or so ashamed of their own youthful indiscretions (or those of their close relatives) that they didn’t want to talk about it. Nonetheless, David was able to get a pretty good general picture.

Frankie’s story starts in her hometown: St. Louis, Mo. The music scene in St. Louis, in 1899, was hot — probably the hottest in the country. There and in New Orleans, just down the river, a musical culture had developed that would foreshadow the Harlem Renaissance. It was fueled by a cadre of Black piano players like Jelly Roll Morton, playing a brand-new style of jumpy syncopated music called Ragtime.

The scene was centered around bars, clubs, and “sporting houses” (more on these in a minute) in the rougher neighborhoods of the two river towns. It was a true musical golden age — but it was happening in an underworld, and a Black community at that. Mainstream (white) historians openly sneered at it, and certainly wouldn’t condescend to help document it for posterity. Recording technology had not been invented yet. So all we have are a few legends and anecdotes, along with some sheet music usually written down years later.

But Frankie Baker was right there, in the middle of it.

She had been born in St. Louis in 1876, so in 1899 she was 23 years old. Photographs of her as a young woman show a strikingly pretty Black girl with wavy hair, no-nonsense mouth and confident eyes. She was tiny — under 5 feet 1 inch tall, about 100 pounds — and, most accounts agree, she had that “X factor,” a charisma that men found fascinating. She worked as a boardinghouse proprietress — although there is some reason to believe her boardinghouse was one of those “sporting houses” I mentioned.

About those: The St. Louis sporting houses were, in effect, bordellos — the full-service type. Basically, they were places where young bachelors paid to party. They were well stocked with friendly ladies; a “piano professor” would be hammering out a lively ragtime dance tune; liquor flowed freely, and sometimes so did other drugs; and most customers ended up spending the night with one of the employees in one of several upstairs bedrooms.

According to a writer named Dudley McClure, who interviewed Frankie in 1935, Frankie told him she was considered “the Queen Sport of St. Louis,” flashing “diamonds as big as hens’ eggs” and pursued constantly by suitors wearing diamond suspender buttons who “played high, wide, and handsome.”

McClure was writing for Daring Detective, a true-crime pulp magazine. So, his account can’t be taken at face value. Nonetheless, he paints quite a picture: “Her jewels, plumes, and fine clothing were the toast of the gamblers, horseplayers and sporting gentry who played in the gay night life of the Missouri city,” he wrote. “She was small-waisted, haughty, and desirable.”

Whether she was a pious, respectable young landlady or an underworld Venus, Frankie apparently made pretty good money. So when she fell in love with a young “piano professor,” 17-year-old Allen Britt, she showered him with gifts. Soon the two of them were a certified item.

But Al was young and frisky, and his eye soon wandered away from Frankie and caught that of a girl named Alice Pryor. Soon he and Alice were running around together and he was making obvious attempts to break it off with Frankie.

As part of those efforts, according to court records, he apparently started beating her.

Things came to a head one day when Al stood Frankie up for a date. Frankie tracked him down — he wasn’t at Alice’s house, the two of them were at a party at another friend’s place.

At the subsequent inquest, Frankie testified that she went back to her house and went to bed in the front bedroom. It’s hard to tell for sure from the testimony, but apparently this was Al’s bed — because when he got home at 3 a.m. and found Frankie in it, he got very angry.

“I jumped out of bed and says, ‘What’s the matter with you, Al?’ and he says, ‘What the hell are you doing in this bed?’” Frankie testified.

She said that Al then got out his knife and circled around the bed, slashing at Frankie with it. Frankie reached under the pillow, pulled out her .32 revolver (“Everybody carried a gun in those days,” she later said) and shot him once, in the stomach.

Al then walked two blocks to his parents’ house for help. They put him to bed and called a doctor — two days later, he succumbed to his wound.

Frankie was arrested, of course. But in court, she was promptly acquitted of the murder charge on self-defense grounds. It surely helped that her eye was still swollen from a punch she’d taken from Al a night or two before the shooting.

And that was the end of it. Or, so everyone thought.

But Allen Britt was a “piano professor.” And it seems his fellow ticklers of the ivories didn’t buy Frankie’s story. At least one of them seems to have decided to avenge his fallen comrade … with a song.

Within a few days of the shooting, a new ragtime tune was being played around the sporting houses of St. Louis. “Professor” Bill Dooley wrote it, and called it “Frankie Killed Albert” (apparently assuming “Al” was short for “Albert,” not “Allen”).

In the song’s lyrics, after learning she is being dumped for Alice, Frankie pulls a giant .44 out from under her slinky hooker’s kimono, coldly listens as “Albert” begs for his life, and then puts five rounds into his back as he flees down the stairs.

Al Britt’s parents objected, and the piano professors obligingly changed the lyrics to “Frankie Killed Johnny.” Alice Pryor’s name also got changed, to “Nellie Bly” (a reference to the 1850 Stephen Foster minstrel song, not the journalist).

But Frankie stayed Frankie … and soon everybody in St. Louis knew her name.

Frankie tried to stick it out, waiting for the fuss to die down. But that song was a masterpiece, one of the best ragtime tunes ever composed — and it showed no signs of losing popularity. The notoriety bothered her, and you can imagine what it did to her love life. She made it one more year in St. Louis, and then gave up and, after drifting from town to town for a while, ended up in Omaha, Neb.

Everywhere she went, the song followed her. In 1904, Hughie Cannon wrote a version of it in sheet music and it was published nationwide under the title “He done me wrong.” Four years later, another version came out, this one titled “Bill you done me wrong.”

Then, in 1912, “Bill you done me wrong” was retitled “Frankie and Johnny” and republished, and white singer Gene Greene made the first recording of it, and from that point on there was nowhere in Omaha that Frankie could hide from it.

Then some friends in Portland sent her a letter inviting her to come out for the Rose Festival. She did — and found to her delight that nobody was humming “Frankie and Johnny” and hardly anyone knew who she was — or cared.

In Portland, Frankie set up housekeeping in the old North End, the notorious waterfront district where loggers and sailors came to party (and, not many years before, to be shanghaied). What she did there isn’t clear; most likely she ran a boardinghouse, possibly a St. Louis-style “sporting” one.

Around 1925, Frankie — now almost 50 — decided it was time to become a respectable businesswoman. She opened a shoe-shining parlor at Fifth and Flanders.

But by the 1930s, her health had begun to fail, and soon she was unable to continue working. Frankie ended up sitting at home for days in her little house, watching her savings dwindle away. And that’s where she was when Mae West’s blockbuster film She Done Him Wrong premiered in 1933.

The film injected Frankiemania back into popular culture once again. And this time, because of her circumstances, it hit Frankie especially hard.

Frankie Baker’s story is half inspiration, half cautionary tale. She made her own way in the world for most of her life despite some serious headwinds, and for the most part she lived on her own terms.

(Sources: “Frankie and Johnnie (sic): The Trial of Frankie Baker,” an article by John R. David published in the 1984 issue of Missouri Folklore Journal; bluegrassmessengers.com)