Log In Sign Up
You are the owner of this article.
Edit Article Add New Article
You have permission to edit this article.
Edit
Welcome
Home
News
Coronavirus
Sports
Features
Obituaries
Classifieds
Puzzles and Games
Slideshows/Videos
Sign Up for Newsletters
e-Editions
Subscribe Now
Share This
1 of 4 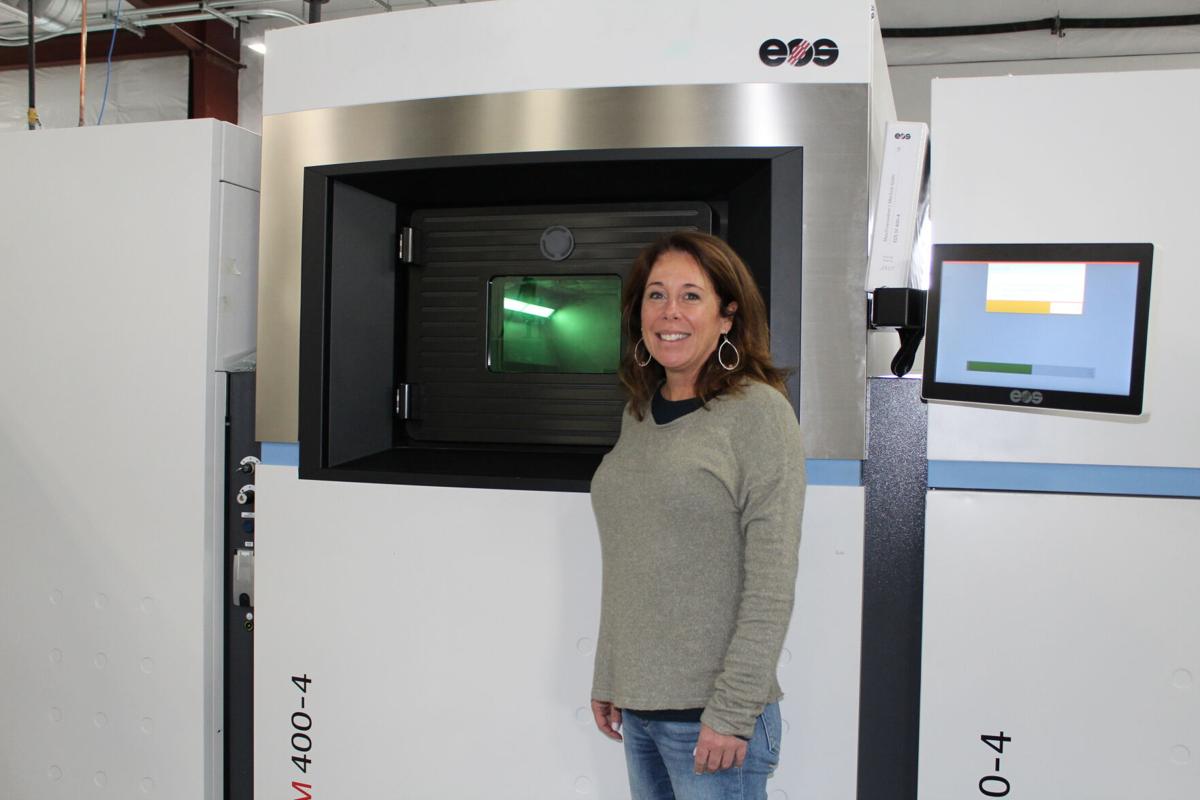 Erin Stone, founder and CEO of i3DMFG in Redmond, stands near one of nine 3D laser printers that are programmed to create high-end parts for machinery using metal powders. 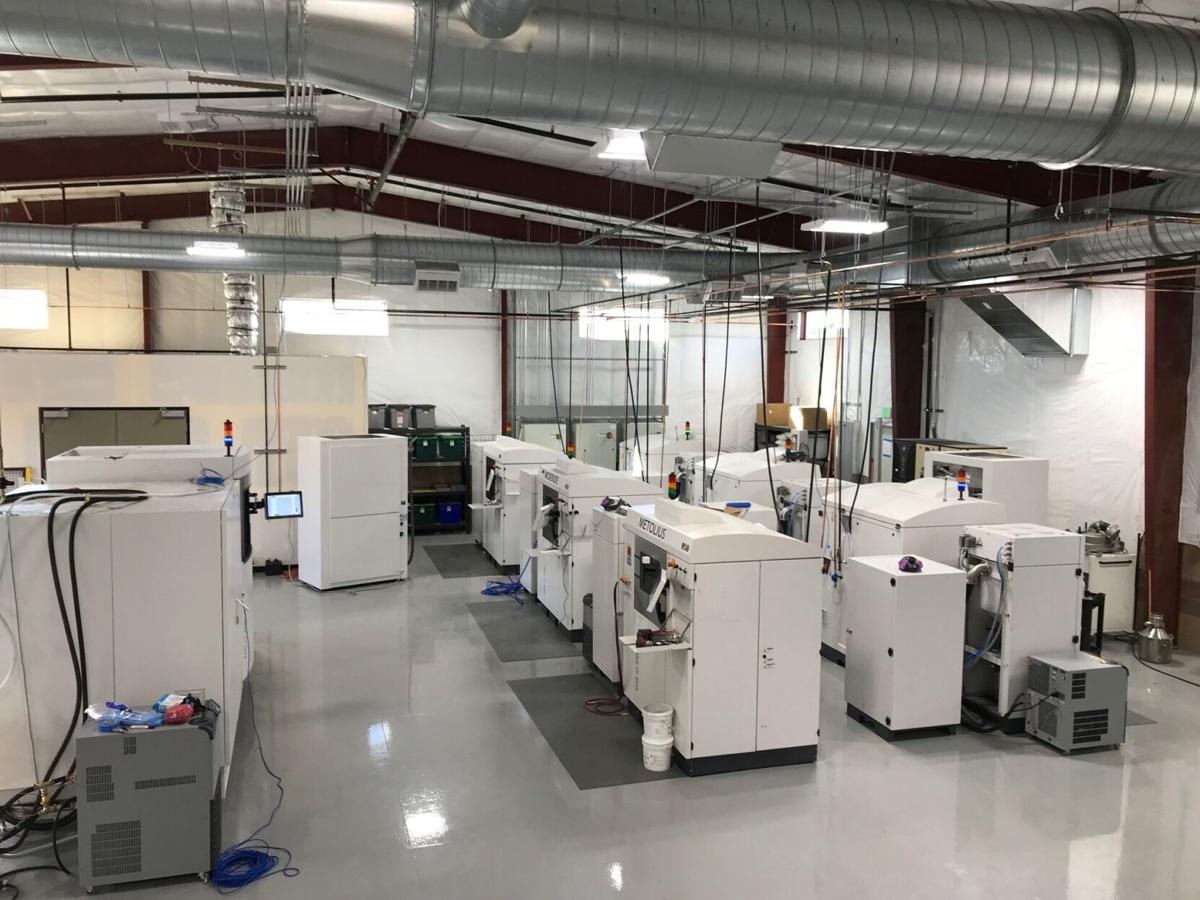 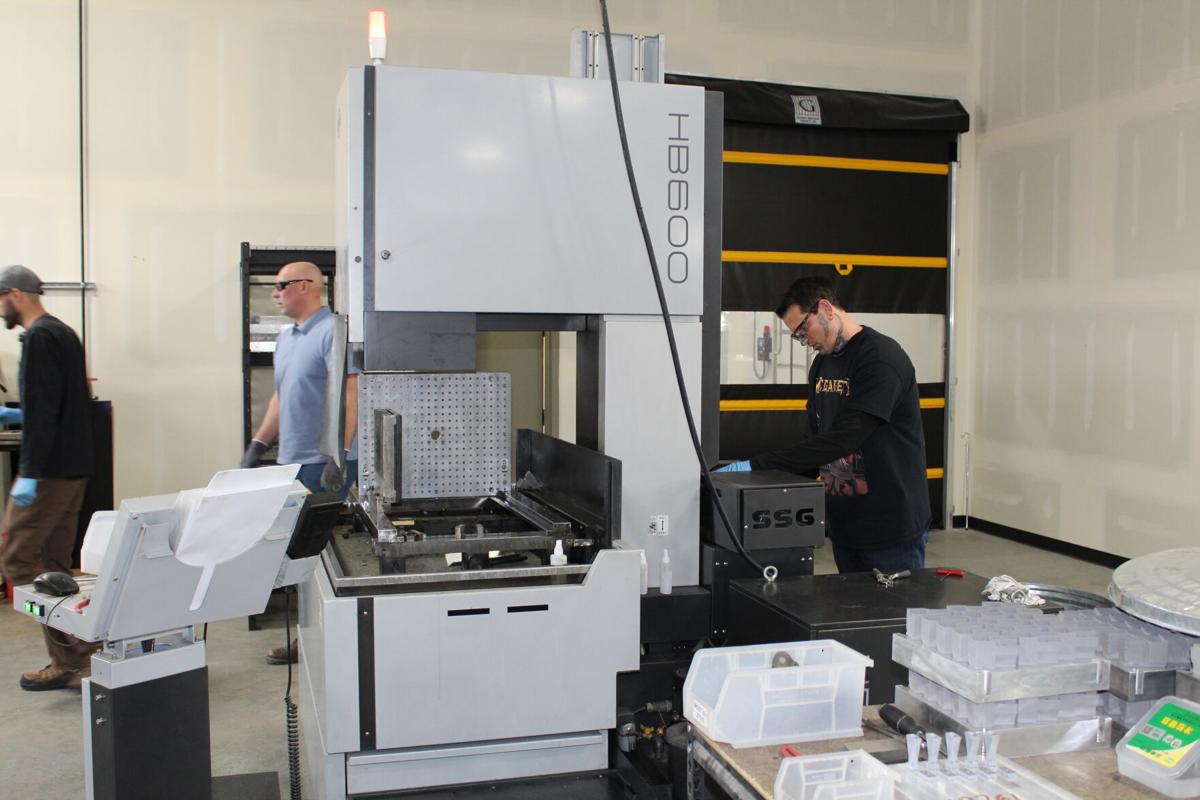 i3DMFG employs 15 at the Redmond plant. Many of the jobs require engineering degrees and innovative thinking to problem-solve. 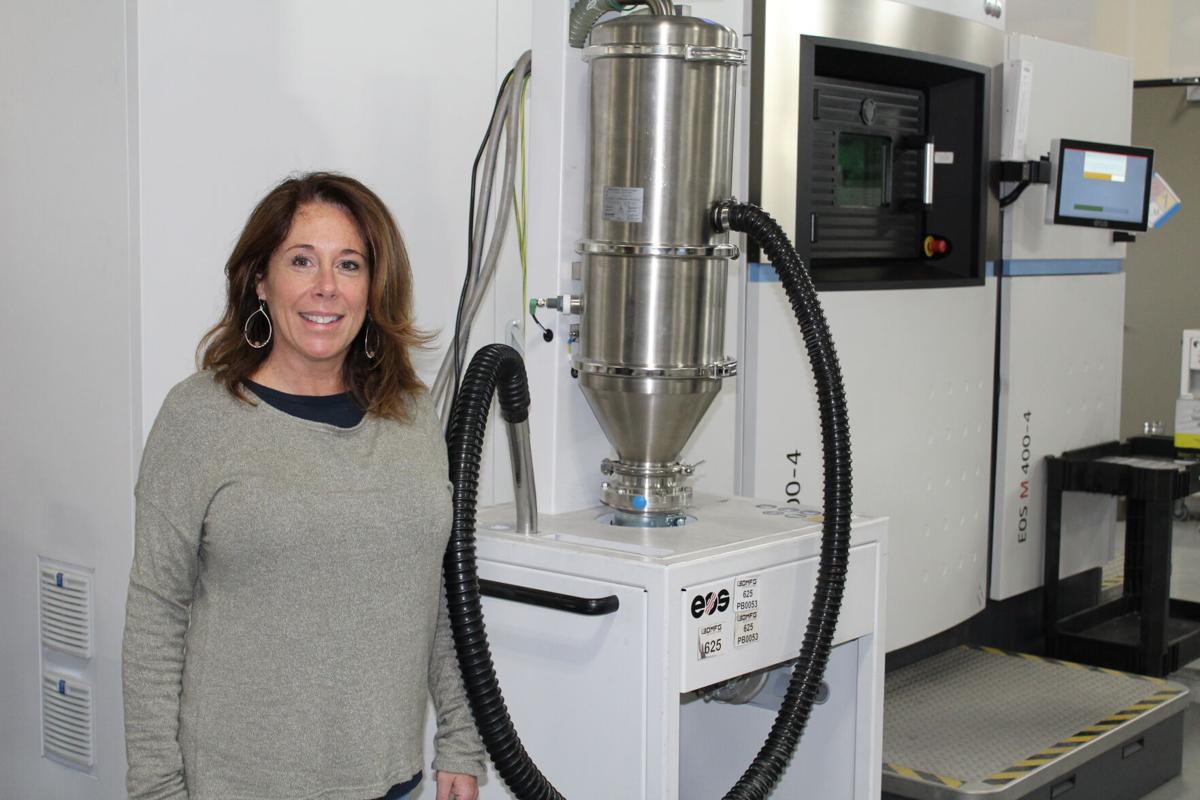 Erin Stone, founder and CEO of i3DMFG in Redmond, stands near one of nine 3D laser printers that are programmed to create high-end parts for machinery using metal powders.

i3DMFG employs 15 at the Redmond plant. Many of the jobs require engineering degrees and innovative thinking to problem-solve.

When one mentions cutting edge technology and the Redmond company i3D Manufacturing in the same breath, they mean cutting edge on steroids. The same goes for the laser printers it employs to manufacture custom-designed parts for everything from high-end bicycle equipment to satellites and aerospace rocketry.

Housed in a pair of innocuous-looking buildings in Redmond’s Deschutes Ridge Business Park, i3DMFG’s lasers are churning out parts for military defense contracts and NASA, among other clients; some mass-produced, others are one-off, specific pieces.

The industry is miles ahead of the well-known 3D printers that use plastics to make prototypes before the final pieces are made. So far ahead they sometimes have to figure it out as they go.

i3D employs metal powders that are layered one upon each other and burned or welded together with high-powered lasers into the requested design.

“We don’t design the parts we are asked to make. Rather, we figure out how to create them using this method,” said Erin Stone, founder and CEO of i3DMFG.

To do that, the firm hires civil and mechanical engineers and support staff who program the printers to create the pieces.

“The metal powders have been around for 60 or 70 years. The sizing of the particles of the powder is unique to what we’re doing,” said Chad Cooper, chief strategic officer for the company. “Using a laser to melt the powder creates the right spec to meet the requirements for the piece, layer-by-layer.”

And the layers are almost microscopic.

“Here’s an idea of a layer’s thickness,” Cooper said. “One millimeter equals 1,000 microns. We print in 20-micron layers, very fine layers of material. And each layer can have a specified parameter or density.”

The firm has nine such laser printers made in Germany of varying degrees of sophistication. Each machine can cost up to $1 million. It also buys the metal powders from multi-billion-dollar companies. Praxiar is one such firm.

The finished products are lightweight, resilient to stress and create efficiencies in the their use.

For example, NASA has been using such products for years and is always on the hunt to find parts for its rocketry that will reduce weight, help operate the engines more efficiently, thus reduce fuel usages.

“Laser printing became the only way to make some rocket parts,” Stone said. “The efficiency they gained saved billions of dollars.” Thus, lightweight parts help send large payloads further (saving on fuel) and spark the creation of smaller payloads, smaller rockets that could be launched almost daily. Those savings are showing up across several markets now, she said.

“The industry is so new and the markets are so new, it can be very frustrating because things aren’t established, but can also be very exciting,” Cooper said. “You can look at a project and it looks like a negative (won’t pencil out), but it just proves how out in front we are in this industry for aerospace, defense and the medical-related fields.”

So how did the business wind up in Redmond?

“I was in additive manufacturing and hybrid-product management, using excess capacity of other people’s additives machines and piecing that together, injected to help create what is known as ‘rapid prototyping,’” said Stone. The goal is to get products from a prototype to market as fast as possible.

However, with metal powders, the time to market is reduced dramatically.

“I pitched the idea of starting a plant here to the SBA for funding. Jon Stark (of REDI) and Roger Lee (director of the Economic Development for Central Oregon) were instrumental in helping us way back when,” Stone said.

The right setup was not yet available in Redmond, so the firm started up in The Dalles five years ago. On April 1, 2014, they launched their first printer operation. The Redmond facility opened in September.

“The support of Jon Stark was instrumental in getting us home,” Stone said. “The support here in Central Oregon for welcoming industries is very robust here. Stark has done a great job of creating a true advance manufacturing sector in the Redmond area. That makes opportunities for outside services that we need for our supply chain.”

And recruitment for workers is a lot better, she said. “We have 15 employees, down from 17 when the pandemic hit. All the manufacturing done on site.”

And involvement in the community is key to company’s mission.

“Our original vision was to bring advance manufacturing and family-wage jobs back to the Northwest. If you wanted to live on a single-income, you really could. Our team is phenomenal and proud of the relationships we have with George Fox University, Redmond School District and Columbia Gorge Community college,” Stone said.

“We like the lifestyle here. And our employees serve our country and community in the National Guard, Little League, PTA and local STEM classes. We reach out to the community colleges and local schools to speak to them about this emerging technology,” Stone said. •