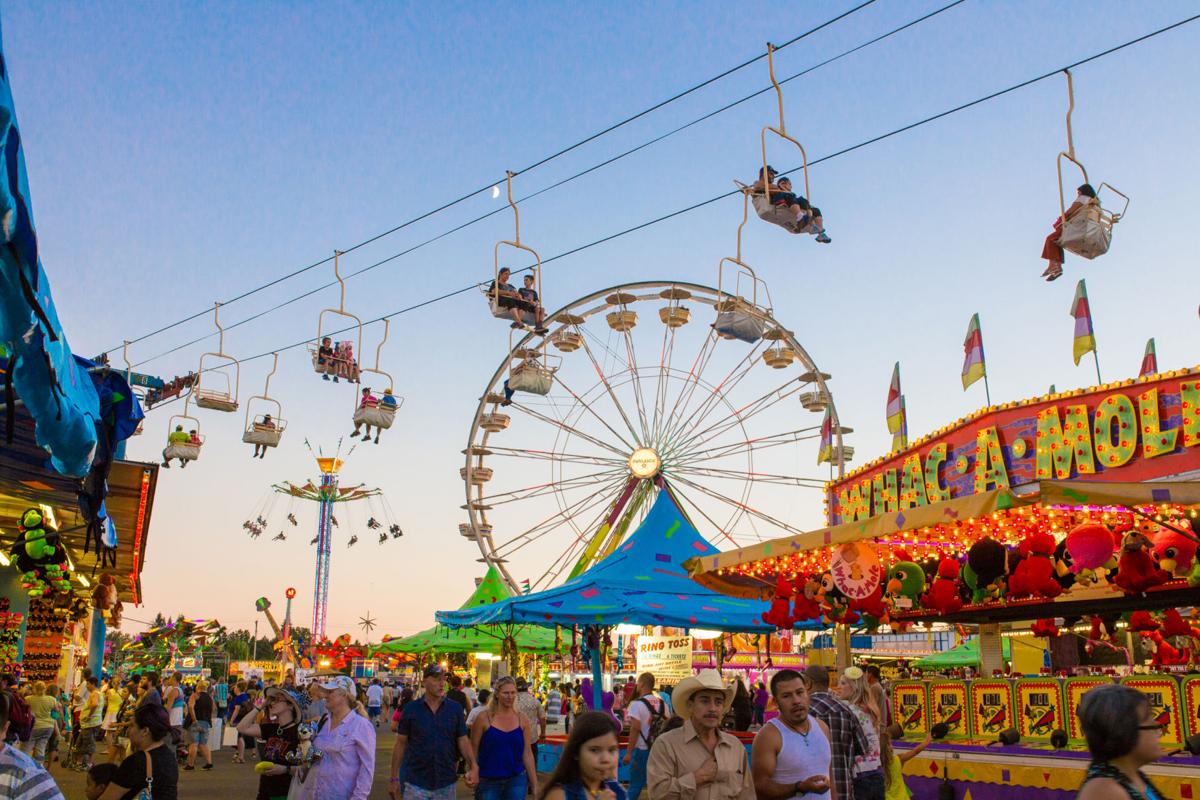 Carnival rides and the midway are traditional parts of the Oregon State Fair, which was canceled for 2020 because of the coronavirus. 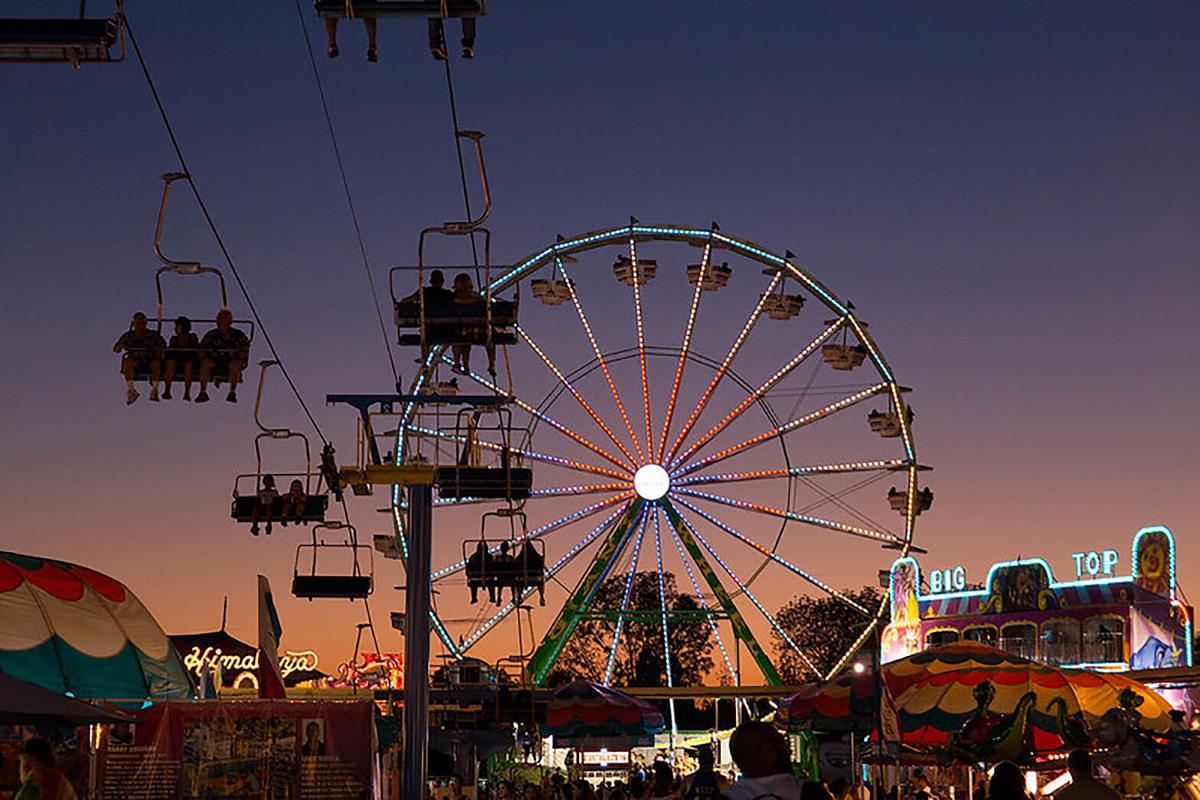 California State Fair pre-COVID. Though state fairs are returning, they will be different, organizers say. 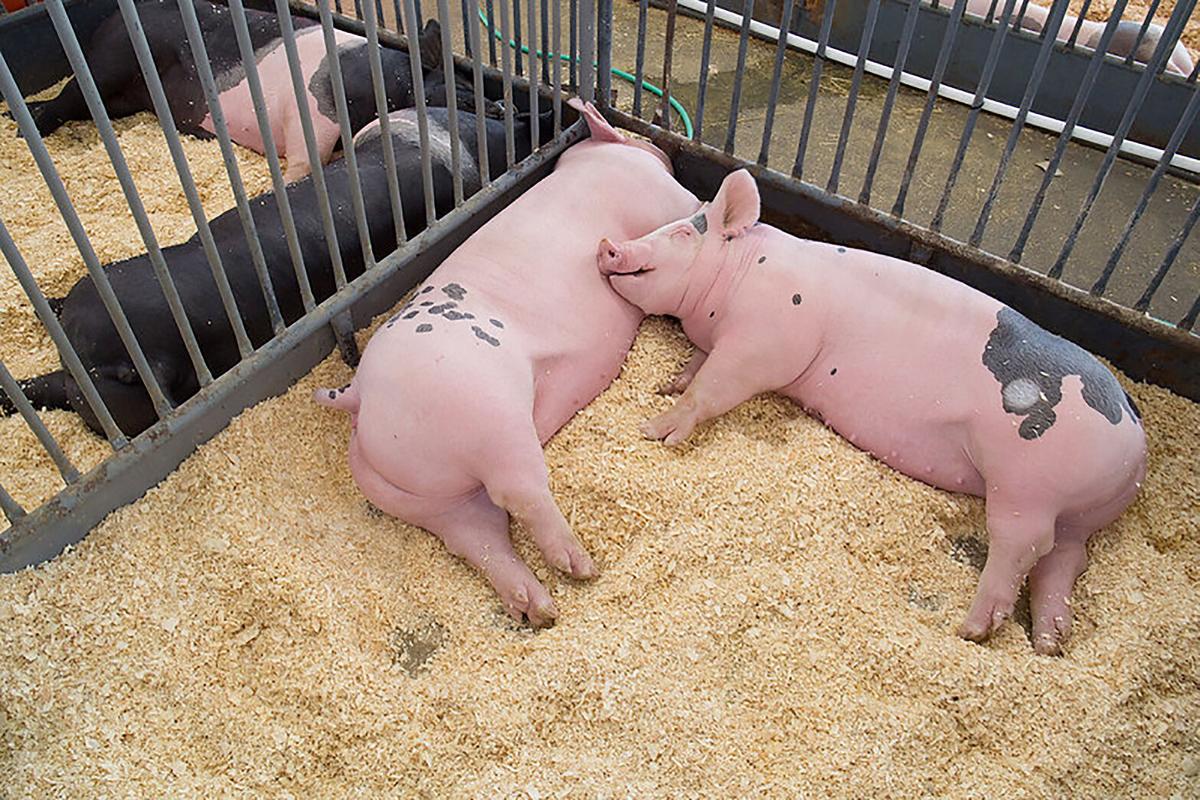 Carnival rides and the midway are traditional parts of the Oregon State Fair, which was canceled for 2020 because of the coronavirus.

California State Fair pre-COVID. Though state fairs are returning, they will be different, organizers say.

State fairs are making a comeback in 2021 across the West, though they may look a bit different than in years past.

The California State Fair has been postponed for at least two months as the state continues to use the fairgrounds in Sacramento as a COVID-19 vaccination site. Planning for Oregon’s state fair is underway — subject to COVID-19 guidelines released by the state.

In Washington, the state fair is expected to return in September, though organizers continue to take their cues on reopening from Gov. Jay Inslee.

Idaho has not one but three state fairs, all of which are planning to welcome back visitors with a full lineup of events and entertainment.

Individual counties will decide whether to hold county fairs. Experts say most counties are planning fairs or have already hosted them, but some have been canceled. In Deschutes County, a modified fair and rodeo is likely to happen this summer.

As of Tuesday, the Oregon State Fair in Salem is scheduled for Aug. 27 through Sept. 6, though an official announcement will be made in June.

How exactly the event will differ from past years, however, remains to be seen.

“We are following the state mandates and will augment any plans based on the Oregon Health Authority’s recommendations,” said Kim Grewe-Powell, CEO of the Oregon State Fair. “We are still assessing the needs, and will follow the OHA mandates.”

While light on specific details, Grewe-Powell said they will increase cleaning and sanitation practices at the fair in 2021 and will follow other mandates as OHA recommends.

Attendance at the Oregon State Fair has been more than 250,000 people in recent years. The fair supports 883 jobs statewide — including 627 jobs in Marion County — and $15.6 million in wages, salary and benefits.

“Like last year’s All Oregon E-Fair, we are planning for contingencies,” Grewe-Powell said.

Cal Expo, home of the California State Fair, announced May 5 the fairgrounds will remain a COVID-19 “vaccination super site” until at least the end of September. That means the state fair — originally set for July — will be postponed. Fair coordinators have not yet picked a date.

Board members say the fair will follow state safety guidelines and may be “slimmed down.”

Despite changes, people say they’re excited the fair will resume after being canceled in 2020.

“There’s definitely a light at the end of the tunnel,” said Rick Pickering, CEO of Cal Expo.

The pandemic was hard on Cal Expo, which receives no funding from the state, county or city. In March 2020, Pickering said, Cal Expo laid off 60% of its employees.

The fair’s cancellation was hard on other groups, too. Lynn Schmitt-McQuitty, statewide 4-H director, said California saw a 40% drop in 4-H enrollment by Feb. 2021, probably attributable in part to canceled fairs.

The Washington State Fair plans to welcome people back Sept. 3-26.

Pre-COVID, the Washington fair in Puyallup was ranked among the 10 largest in the U.S.

A smaller annual event, called the Washington State Spring Fair, took place in April. Attendees from FFA and other groups said the event was fun, profitable and safe.

In 2021, Taylor said he believes there will be a renewed “thirst” for fairs and FFA programs.

“I think the kids are really excited,” she said.

All three events plan to return in 2021.

Bob Batista, director of Expo Idaho and the Western Idaho Fair, said he has already finished booking entertainment for the 2021 fair, scheduled for Aug. 20-29.

“We’re going to do everything we can to make this as safe and comfortable as we can, to some degree,” Batista said.

In a normal year, Batista said the fair brings in 250,000 people over 10 days. To avoid overcrowding, he said organizers will spread out food and commercial vendors around the 247-acre fairgrounds.

Certain events like the pie-eating contest will also be canceled to avoid close interactions. Batista said he is not anticipating any limits on capacity.

“My biggest concern this year is going to be finding enough help,” he said. “Employment is huge.”

The North Idaho State Fair, held at the Kootenai County Fairgrounds, is also scheduled for Aug. 20-29. General Manager Alexcia Jordan said they are expanding from five to 10 days, in part to avoid larger crowds.

Planning this year’s fair has been difficult, Jordan said, as circumstances surrounding the pandemic change from day to day. The event does have a COVID-19 action plan, which was designed to be fluid so they can adapt when necessary.

For example, the action plan limits seating capacity in the grandstands to 50% for events like the rodeo, demolition derby and concerts. But Jordan said she expects local restrictions will loosen further by August.

“We’re very excited to bring some sense of normalcy back to our community,” she said. “We’re just trying to make sure it’s done well and safely.”

According to its website, the Eastern Idaho State Fair will be Sept. 3-11. A daily schedule of events will be published in June.

Allen Taggart, 4-H extension specialist for Ada County, said the feeling was “eerie,” being in the mostly empty fairgrounds without friends and family.

Taggart said he is looking forward to having state fairs back in 2021, providing that signature showcase for kids and their projects.

“It’s all about building

those leadership skills and those communication skills,” he said.