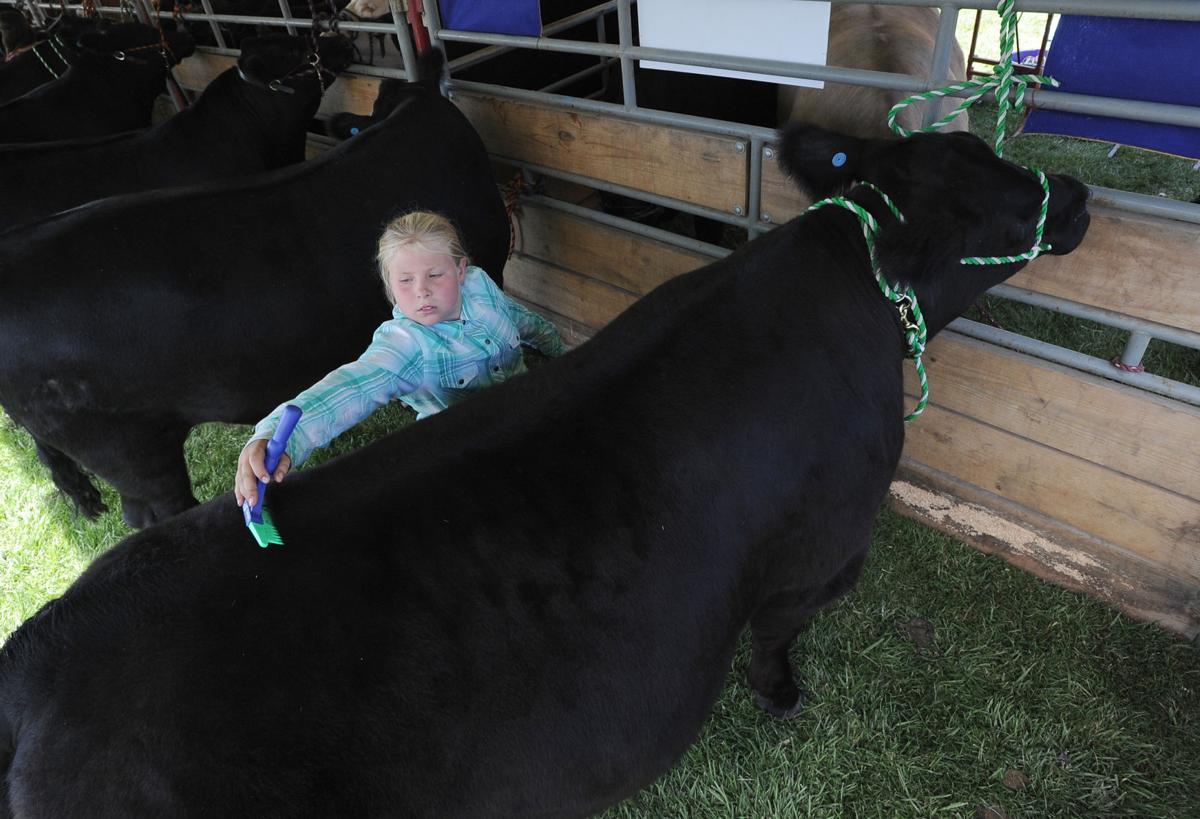 Alexis Everist works on styling her steer, Billy Shish Kabob, while getting him ready for auction in 2017 at the Deschutes County Fair in Redmond. The fair is canceled this year but the livestock auction will take place Saturday. 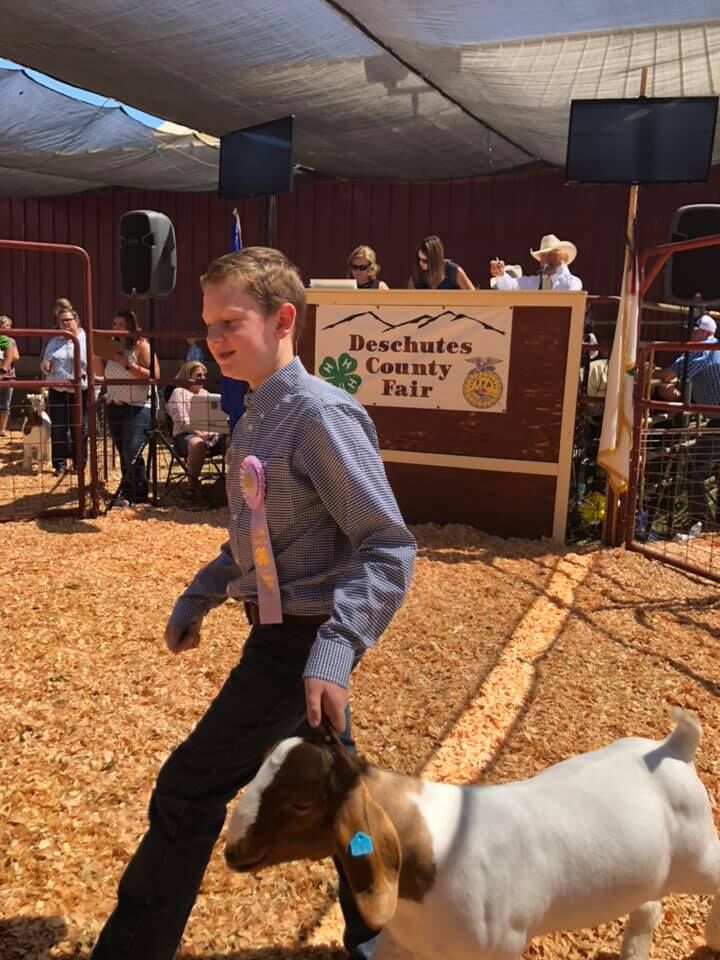 A livestream version of the Deschutes County Fair 4-H and FFA auction will be Saturday. 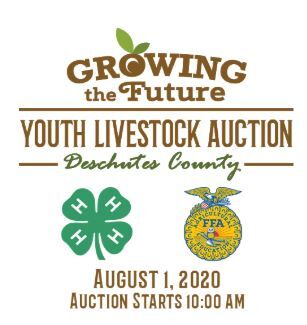 Alexis Everist works on styling her steer, Billy Shish Kabob, while getting him ready for auction in 2017 at the Deschutes County Fair in Redmond. The fair is canceled this year but the livestock auction will take place Saturday.

A livestream version of the Deschutes County Fair 4-H and FFA auction will be Saturday.

Jessica Simpson was in disbelief when she heard the COVID-19 pandemic might hurt her chances of selling Jinks, her 6-month-old market goat.

Simpson has been raising goats, auctioning animals and participating in the livestock industry since she was 2 years old. Her older brothers participated in the National FFA Organization and 4-H, so she grew up around both organizations and joined them as soon as she could.

The 16-year-old Redmond High School senior has been in 4-H for nine years and FFA for four — but this year unlike any of the previous.

“I didn’t expect that it could affect us in our somewhat small town,” Simpson, the incoming president of Redmond High’s FFA, said of the COVID-19 pandemic.

This year, for the first time since its inception in 1919, the Deschutes County Fair has been canceled, with the rides, the rodeo and the piles of fried potatoes on hold until next year.

But one facet of the festivities still remains, and it’s an important one to Simpson and the 300 or so other FFA and 4-H members who will participate: The Deschutes County Youth Livestock Auction will take place Saturday.

The event will look different this year, with buyers spread through three different buildings while wearing facemasks, but students will still have the chance to auction their steers, goats and pigs in an attempt to recoup the expense and time they’ve put into raising them for months.

Simpson has been raising Jinks since February, and is relieved she’ll still be able to bring him to market.

“We’re having to learn as we go,” she said. “It’s teaching us a lot of lessons about how to carry myself virtually.”

For Lance Hill, the auction chair and Redmond High School FFA advisor, cancelation wasn’t an option that crossed his mind when he heard about the danger of the pandemic. Instead, he and his committee sought to find a different way to hold the event.

“This is the most devastating thing that (participating students) will probably go through in their entire life,” Hill said. “There’s teachable moments in everything.”

This year’s auction will have a remote bidding option for buyers not comfortable attending in-person, a feature Hill says might be added in future years, pandemic or not, and the income from the auction will serve an important purpose for many students.

For ex-Badgers standout Rick Wagner, return home to Wisconsin means being in ‘a special place’

“For a lot of these kids, this is their summer job,” he said. “During this time, we have families that are really needing this support.”

Last year’s auction brought in over $1.5 million for over 400 students, according to a release from the auction.

The students — who keep whatever their animals sell for minus a commission to pay for auction expenses — often use the money they receive to buy their first car or save for college, Hill said.

That’s the plan for Abby Walker, 18, the outgoing president of Redmond High’s FFA and a 2020 graduate. She’ll be going to California State University, Chico in the fall to study animal biotechnology and embryology.

On Saturday she’ll be auctioning a steer she’s worked with since October. She’s gone out twice every day since then to feed and care for him.

She’s been part of 4-H and FFA for around nine years now, and says it’s helped her become more outspoken after being an “extremely, extremely shy kid.”

Warner’s last year in high school and FFA hasn’t been what she planned, but she’s tried to learn what she can from the challenges.

“It’s definitely been worth it to take all the negative things that have been happening and turn them to be as positive as possible,” she said.

Warner’s target price for her steer at auction?

“The more the better.”

The auction will take place Saturday at the Deschutes County Fair & Expo Center, spread among the three Sisters buildings with the animals shown on screens. Doors will open at 9 a.m., and the sale will begin at 10 a.m.

A barbecue lunch will be served, and attendees are required to wear face coverings and follow state COVID-19 guidelines. Participants are encouraged to find more information and preregister at www.deschutescountyyouthlivestockauction.com.

About the Youth Livestock Auction

The annual Livestock Auction is held each August in conjunction with the Deschutes County Fair and Rodeo. Over 400 4-H and FFA members participate annually in the Auction, making it one of the largest in the state. The 2019 livestock auction brought in more than $1.2 million for local 4-H and FFA youth.