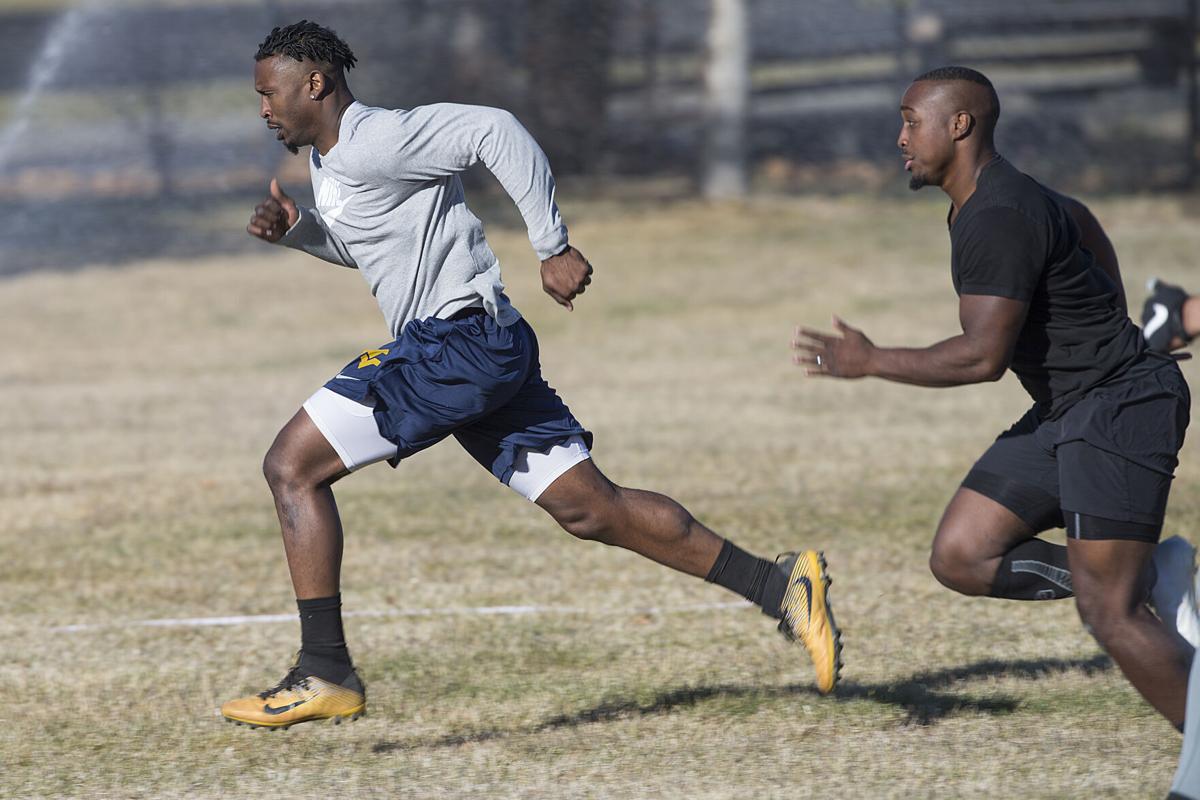 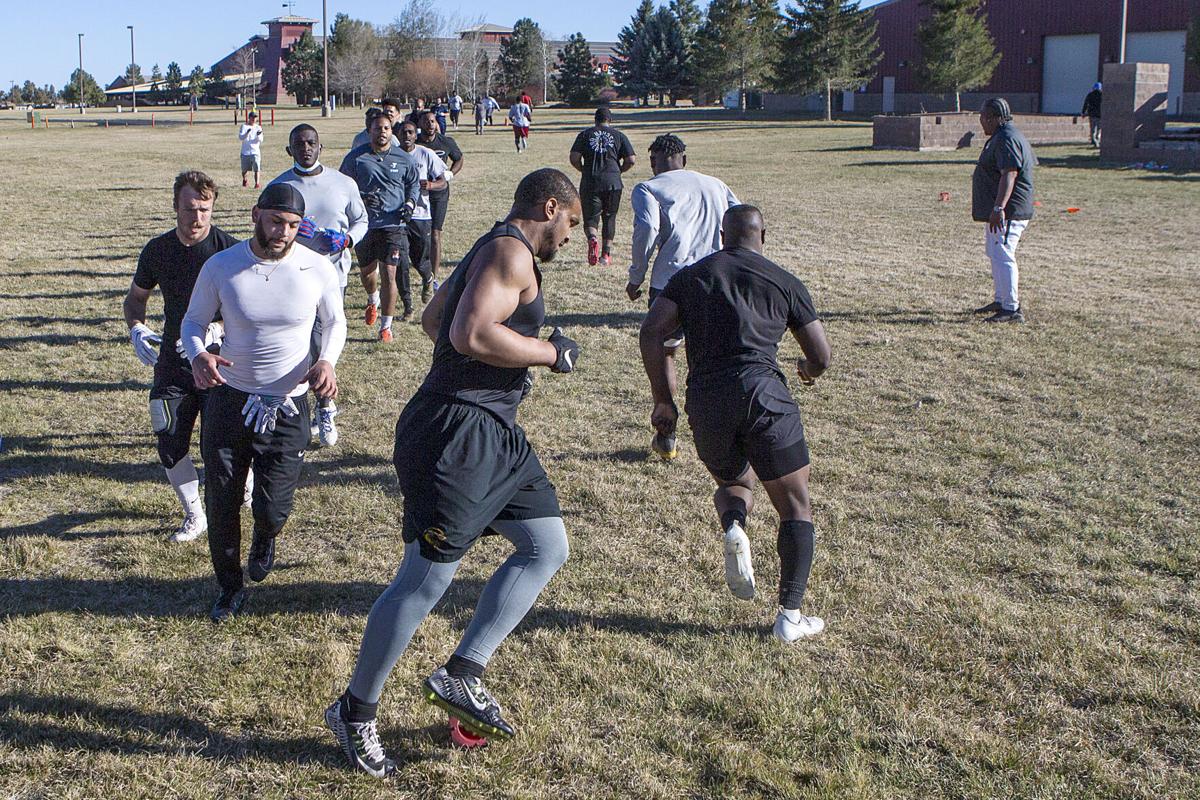 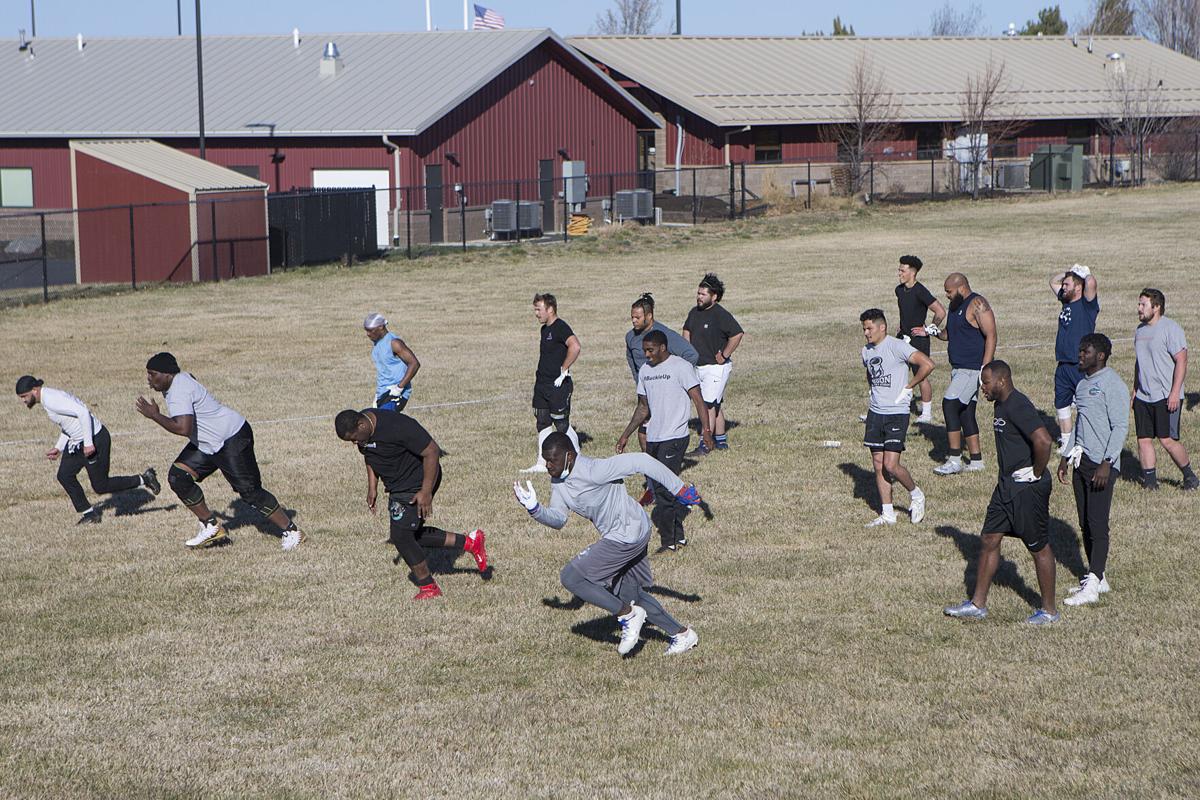 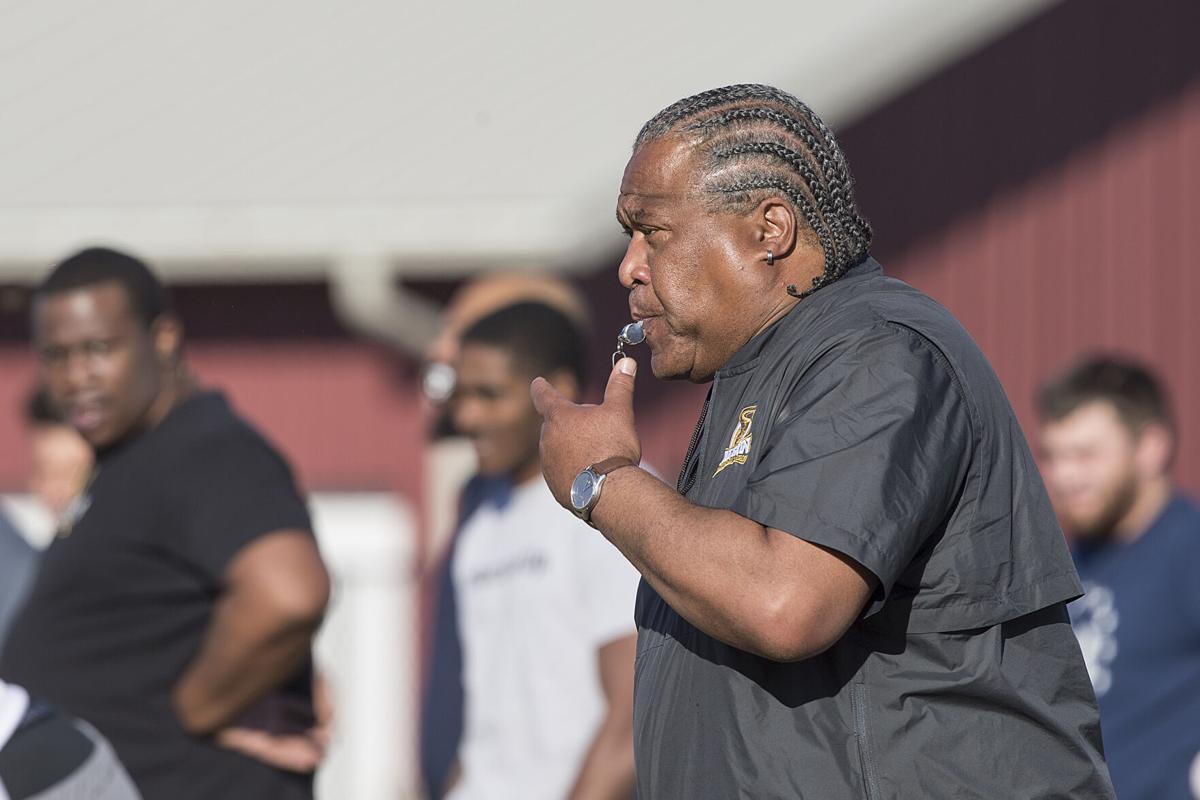 Storm head coach Keith Evans blows his whistle to start a drill during practice at the fairgrounds Friday. 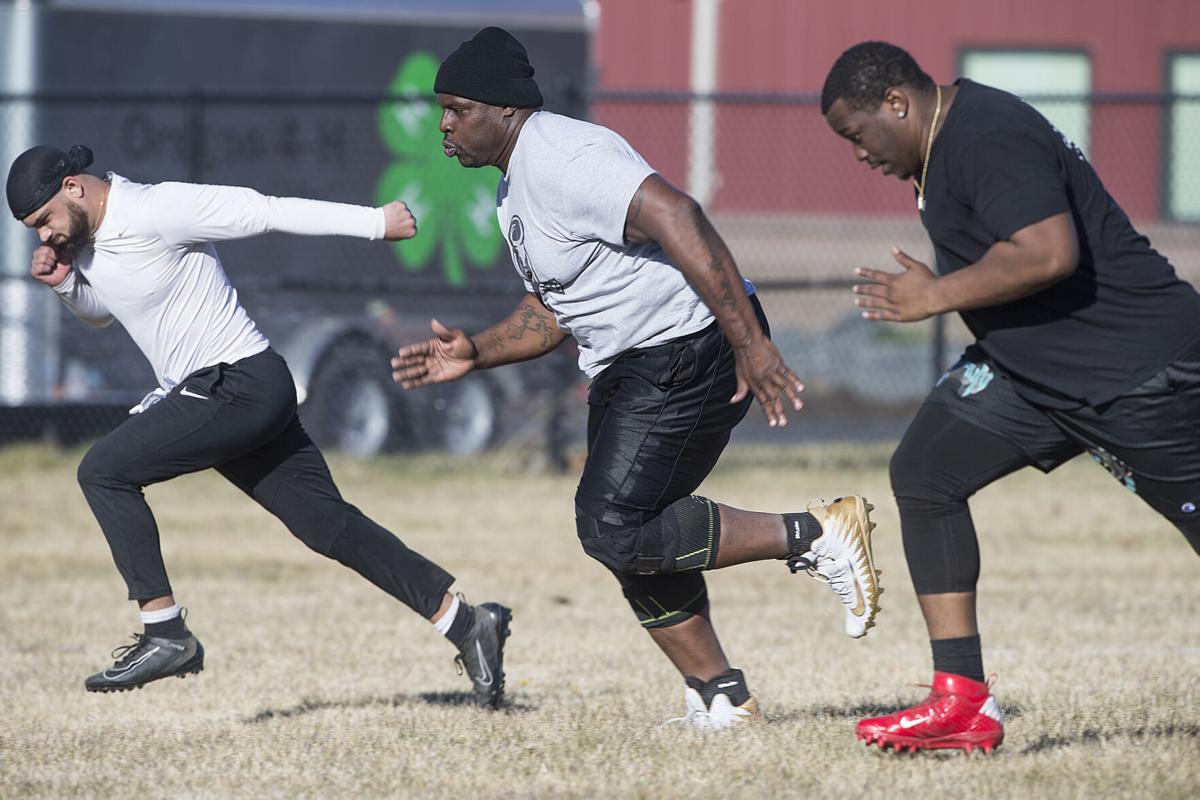 Chuck Jones, center, runs sprints with his teammates during an Oregon High Desert Storm football practice at the Deschutes County fairgrounds on Friday.

Storm head coach Keith Evans blows his whistle to start a drill during practice at the fairgrounds Friday.

Chuck Jones, center, runs sprints with his teammates during an Oregon High Desert Storm football practice at the Deschutes County fairgrounds on Friday.

REDMOND — Keith Evans, the head coach of the Oregon High Desert Storm, made one guarantee as the indoor professional football team opened training camp in preparation for its quickly approaching opening game.

For the first couple of days, there would be no football, he said. Instead the first part of training camp is to see which players came ready to play and those of whom might not be physically ready to help the team.

“We got 18 practices before we go to Idaho, and the goal is to get that win,” said Evans at the Deschutes County fairgrounds Friday evening. “I have 18 practices to first see who is in shape, who is going to start. If you aren’t in shape and I see that you can’t get in shape in a couple of days. I can’t do anything for you.”

The inaugural season for the Desert Storm kicks off May 8 at the Ford Idaho Center against the Idaho Horsemen. As much as getting into playing shape is important, the next couple of weeks will be vital to take a group of players from around the country and gel them into a team that can contend for a title.

One of the players the Storm brought is a veteran of arena football, Chuck Jones, who has been in the league for nine seasons and has been part of championship teams throughout his career.

Jones was not sure if he would play another season, but Evans asked if he had one more left in him. “It is one thing to have a lot of good players, but it is another thing to bring it all together and have everyone working on the same wavelength and towards the same goal,” said Jones. “I can offer the experience of going through camp, letting guys know that they have to continue to work hard, and play with consistency.”

A small handful of players have played ball together. But for many of these players, this is the first time they have played arena league football or have been to Oregon. A small group of players got to experience a uniquely Oregon experience within the first day of being in the state.

While driving with a couple of players, assistant general manager Nick Moss stopped at a gas station to refuel. The players in the car were caught off guard, even shocked, a gas attendant came to the car to pump the gas, said Moss.

The chance to play professional football brought William Crest to Central Oregon from the east coast. Crest is a Baltimore native and played his college football at West Virginia and most of his knowledge of Oregon comes from from following the University of Oregon football program.

He never got the chance to play for the Ducks, but is happy to finally make it to the west coast.

“You always hear about the Oregon program so much and I wanted to go there,” said Crest. “But Oregon is lovely. I’m grateful to be here and grateful for the people who invested in me. Now I’m going to invest into this community and this state.”

Less than three weeks away from their first game, the Storm must narrow down the roster to 21 active players who will suit up for games. While currently on the team for training camp, there is still no guarantee that they will land on the active roster. But players are excited for the chance to compete and continue the game they have played most of their lives.

“This is an opportunity for me to get back in the game,” said Crest. “I want to be an asset to this team.”

For Jones, playing his final season, he wants to end his arena career the same way he started it — with a championship. “I love the game, I breathe the game, I miss the game, been training for months for this,” said Jones. “I decided to go out on that limb and try and win another championship and go out the right way.”