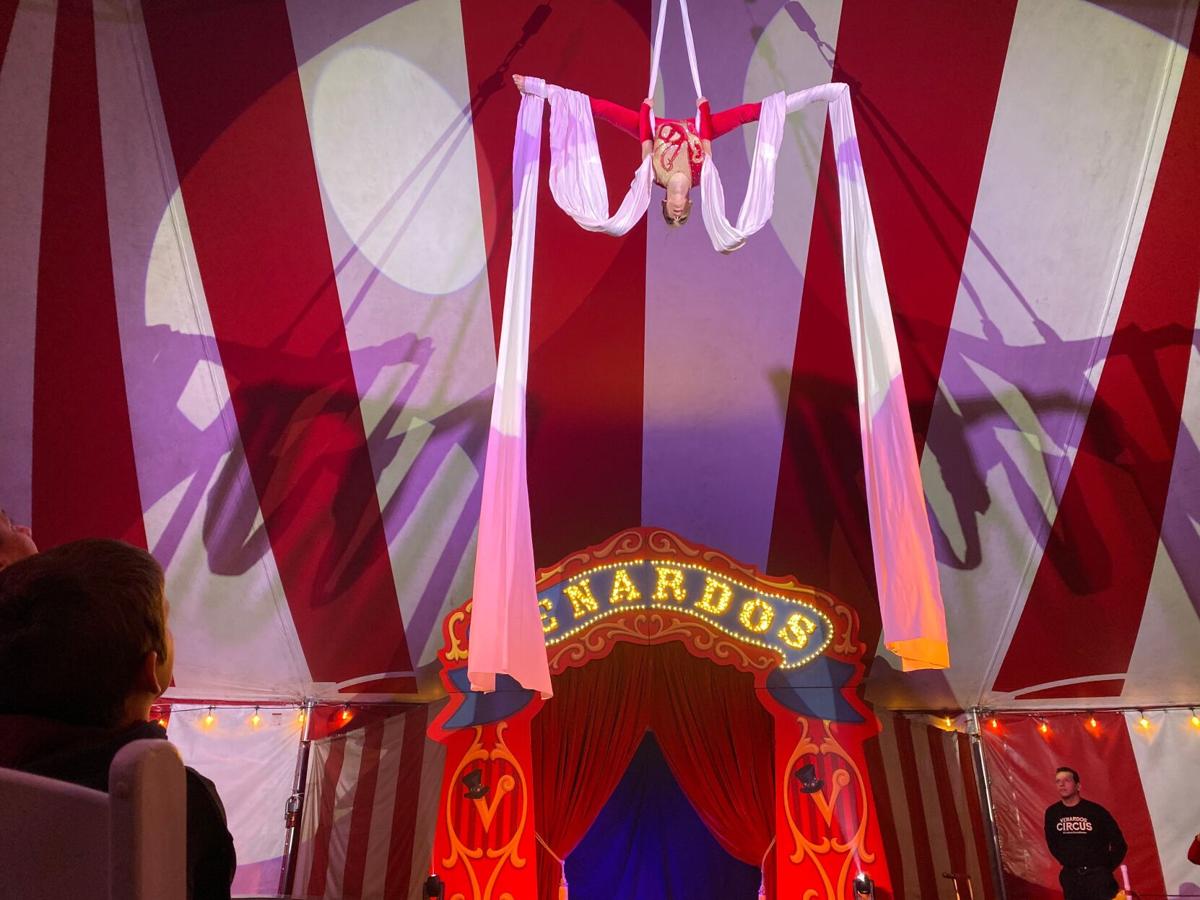 An aerialist performs with scarves under the big top at Venardos Circus. 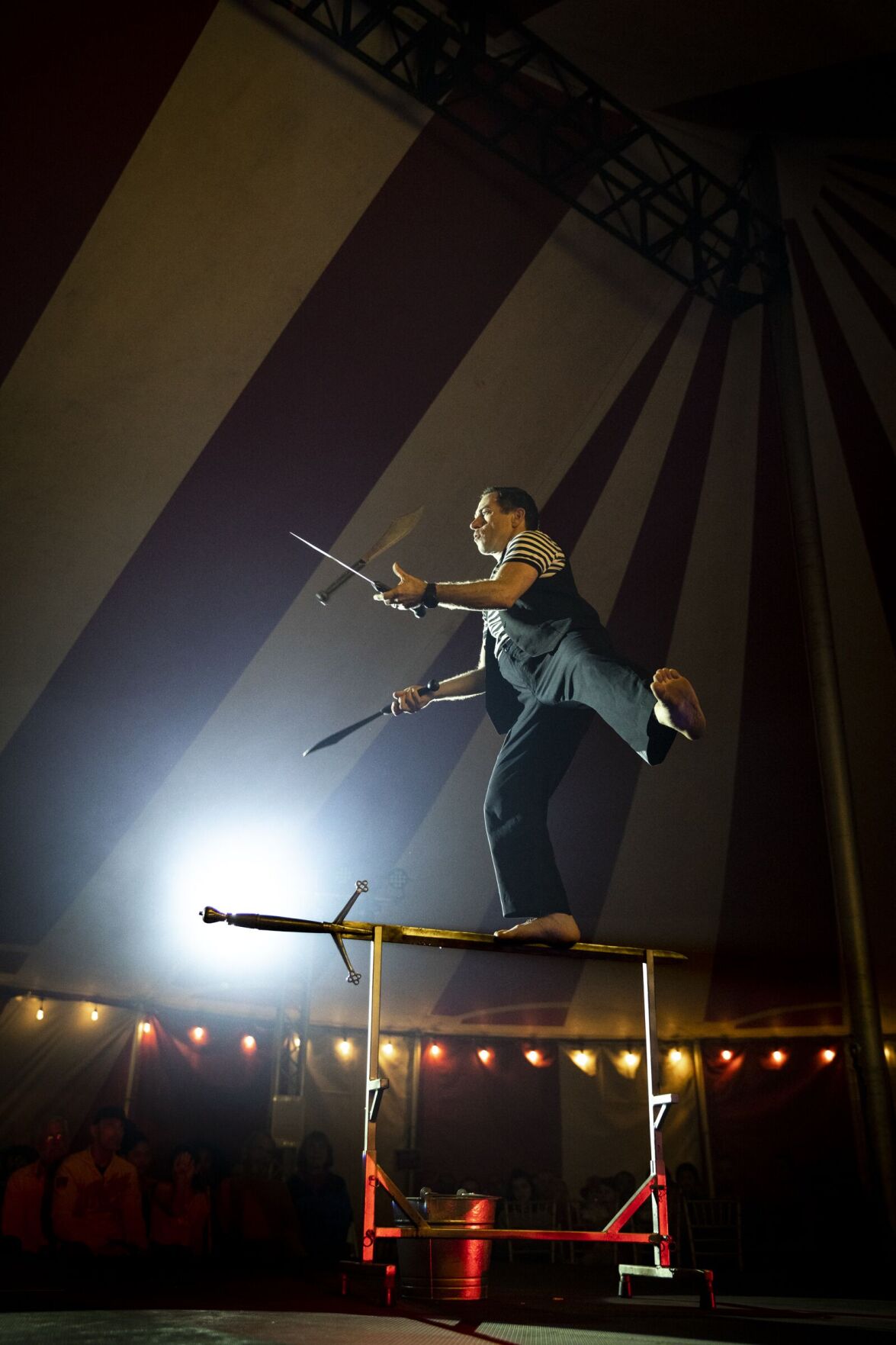 Brad walks the edge of a broadsword while juggling knives. 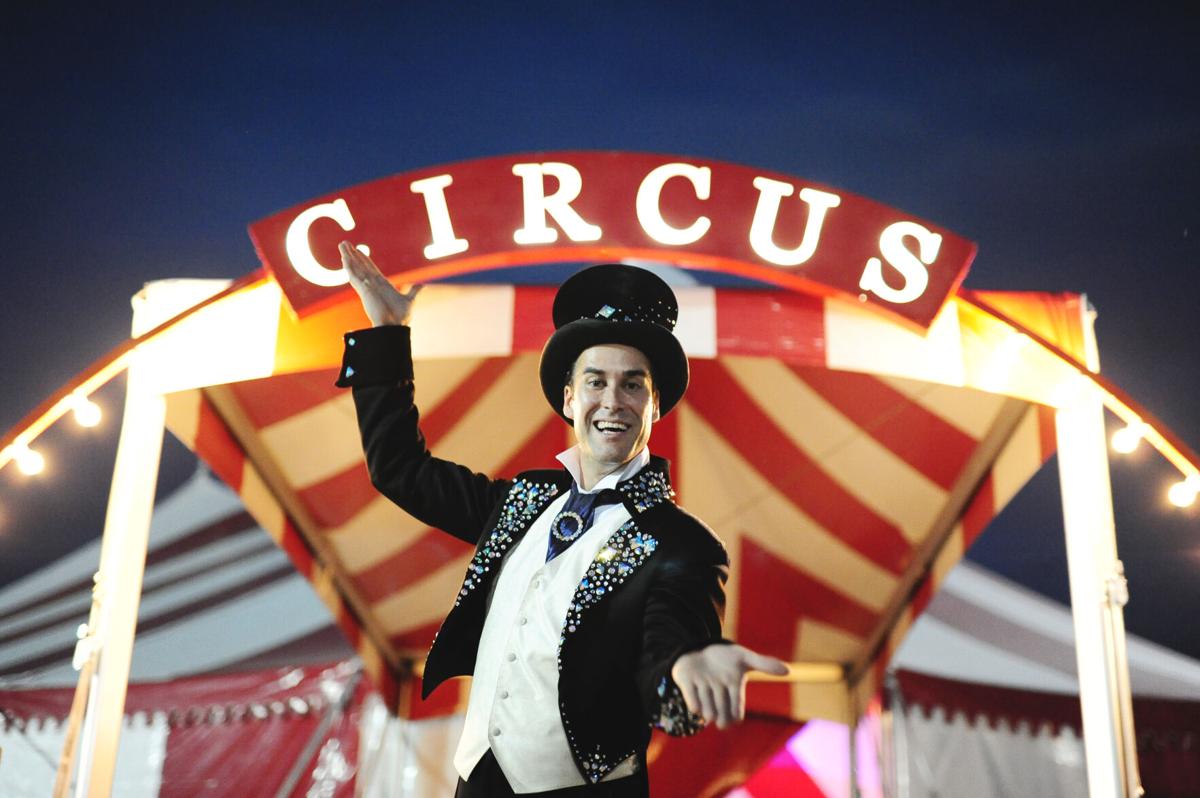 An aerialist performs with scarves under the big top at Venardos Circus.

Brad walks the edge of a broadsword while juggling knives.

REDMOND — Venardos Circus is preparing for its first performance with a live audience since March — an event that will take place in Redmond at the Deschutes County Fair & Expo Center this weekend.

Its four-night “Spook-tacular” show has a family-friendly Halloween theme, said Kevin Venardos, ringmaster and founder of the independent circus company.

“We are going to Halloweenify a group of amazing circus acts,” with a focus on the fun of Halloween, said Venardos. “I strive to make something that is appropriate for families, but it’s not a ‘kiddie show’… It’s more like simple excellence that can be enjoyed by someone who is small or someone who has been around the block a few times.”

Venardos Circus features six or seven acts all celebrating human talent. From aerial performances and sword-walking to juggling and Broadway-style musical numbers, Venardos is passionate about bringing joy to people.

“My love and my passion is for live experiences with real actual humans and bringing them together,” he said. “Doing it during a pandemic presents some unique challenges to be sure.”

The big top will be set up with socially distanced “pods” for household units (four seats together, six feet from other pods) and tickets will be sold by the pod, he said. With the sides of the big top tent lifted, it will be an open air event. They are taking careful precautions to follow COVID-19 guidelines and will be requiring masks and checking temperatures at the gate, he added.

Like most performing art companies, Venardos Circus was blindsided by the pandemic.

Venardos was just coming back from two weeks away from the circus (to be with his wife for the birth of their first child) when everything shut down, he said. Not knowing what to expect, they went ahead and traveled from Shreveport, Louisiana, where they had their last performance before the shutdown, to their next destination, Richmond, Texas, where they stayed four months.

The circus’ arrival in Redmond was a quiet one — Venardos and his family parked their RV, as well as semi-truck and trailer, at the fairgrounds in August. Having fallen in love with Redmond on a previous visit, they decided to make it their temporary base for a new venture they had started while in Richmond: circus by livestream.

Venardos hired a broadcasting company to create the first livestream, but it was prohibitively expensive so he decided to invest in the necessary equipment and learn how to produce a quality presentation using multiple remote-operated cameras.

The circus has been performing live once a month since May, selling virtual tickets for a live streamed show, as well as booking private events for live streaming.

“I know that doing nothing is not an option for this small business — and many others out there,” Venardos said.

Pregame observations: Martinez returns to the starting lineup plus a look at Nebraska's travel roster

The socially distanced model for live performance significantly reduces the number of tickets they will be able to sell for each seat at a show, said Venardos. Instead of increasing ticket prices to make up the difference, they are continuing to offer virtual tickets for those who would prefer to watch from the comfort of their home.

This weekend’s performance will be the sixth that they have produced for livestreaming; each one has been unique and with a different group of performers, said Venardos.

“We’re hoping to make a success of this model: live event, livestream, and livestream for private events. It’s very costly to bring all those people together, but when those three things are happening at the same time, the margin widens out,” said Venardos.

Venardos’ time in Redmond has reinforced in him an attitude of gratitude, as well as a “willfulness” to keep on going — a trait he employed — combined with passion — to build his circus from nothing.

He was a struggling actor with Broadway aspirations when he “took a left turn” and was hired to perform in The Ringling Brothers and Barnum and Bailey’s “The Greatest Show on Earth.” Venardos spent five years touring with Barnum and founded his own circus company in 2014 — after having gone through foreclosure and bankruptcy in 2008.

Venardos has built the traveling show with the help of talented people from all across the country. “Talent,” he says, “is a extraordinarily commonplace thing. What is far less common is a willingness to do whatever needs to get done, which is the sort of attitude that the circus absolutely requires. All of us put up the tent, all of us take it down.”

For a time this fall, Venardos shared the fairgrounds parking area with firefighters and the Red Cross was also there serving evacuees.

But the reminder of “so many people (who) have been hurting so much more than we have so close to here” and the sacrifices made by the firefighters brought him back to looking at “the fear factor or the risk factor” for how to keep the circus going.

“I think if they can deal with that, we can follow some guidelines and make a first class operation,” he said. “Let’s not be scared. There’s no easy way forward, but doing nothing is not an option. We wither and die without keeping moving forward. So we will stay… as safe as we can, follow local ordinances, boost that livestream and we will make it down the road, by God, and that’s my final answer.”

Venardos' time in Redmond has reinforced in him an attitude of gratitude.

Performances will be held:

Thursday and Friday at 7 p.m.

For more info or to reserve tickets, visit venardoscircus.com.