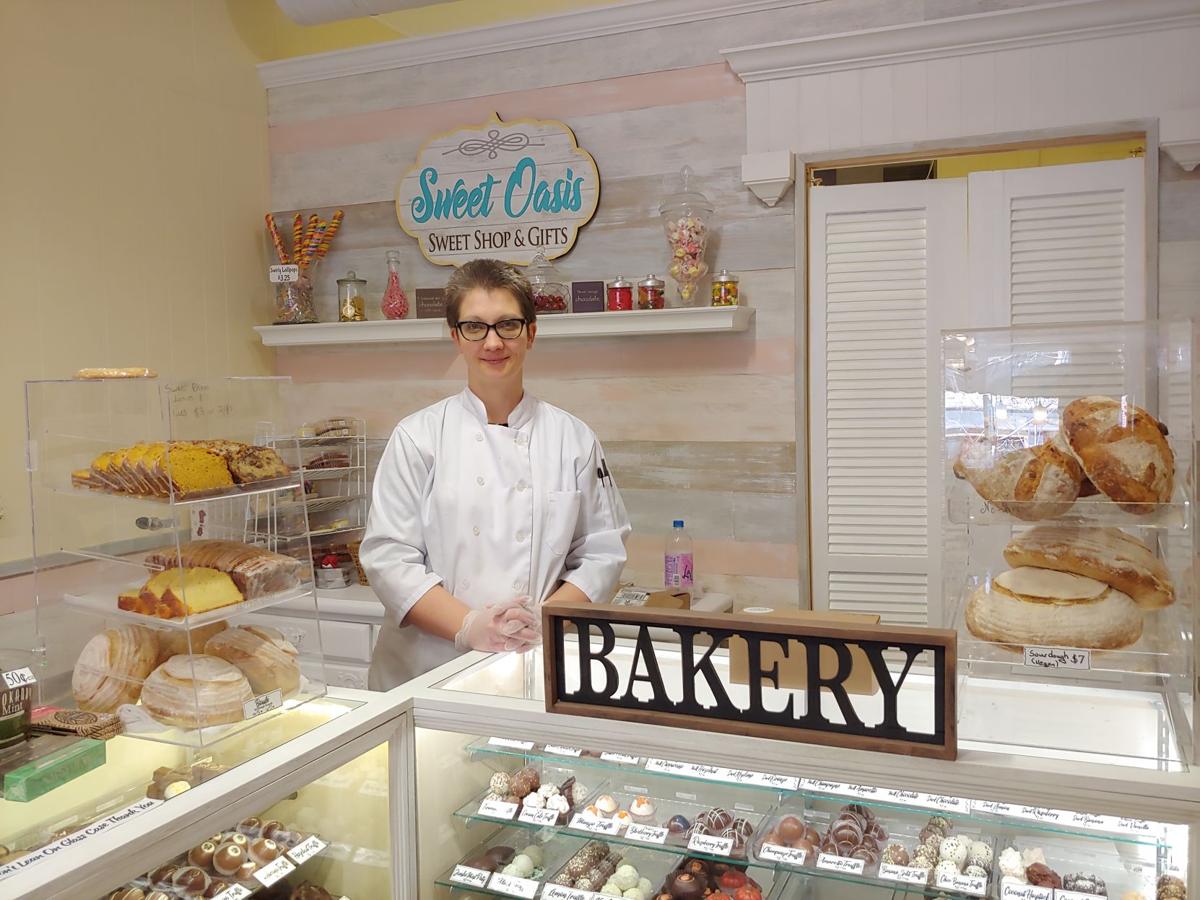 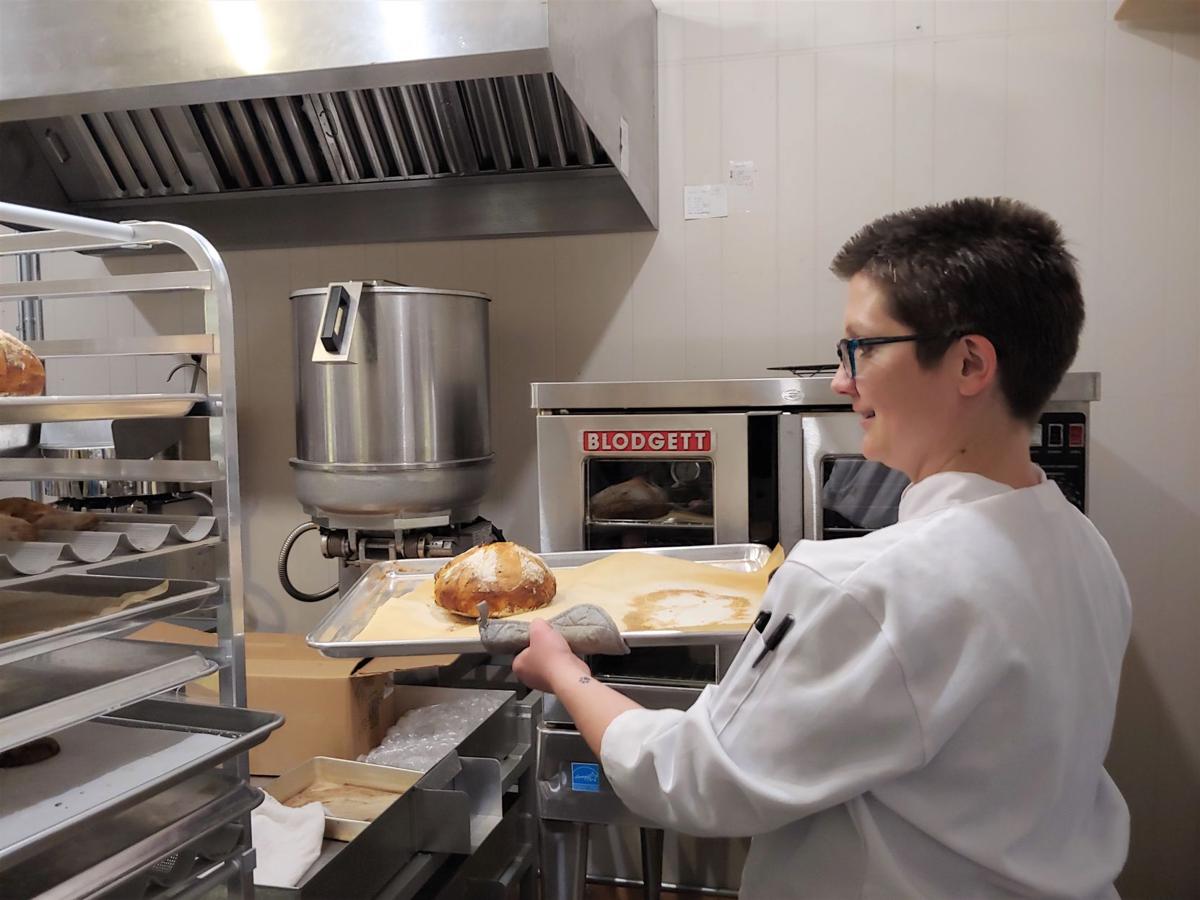 Rebecca Herring pulls a loaf of bread from an oven at The Pastry Hub in downtown Redmond. She raised money for the oven by giving donors “subscriptions” to the pastries in her store. 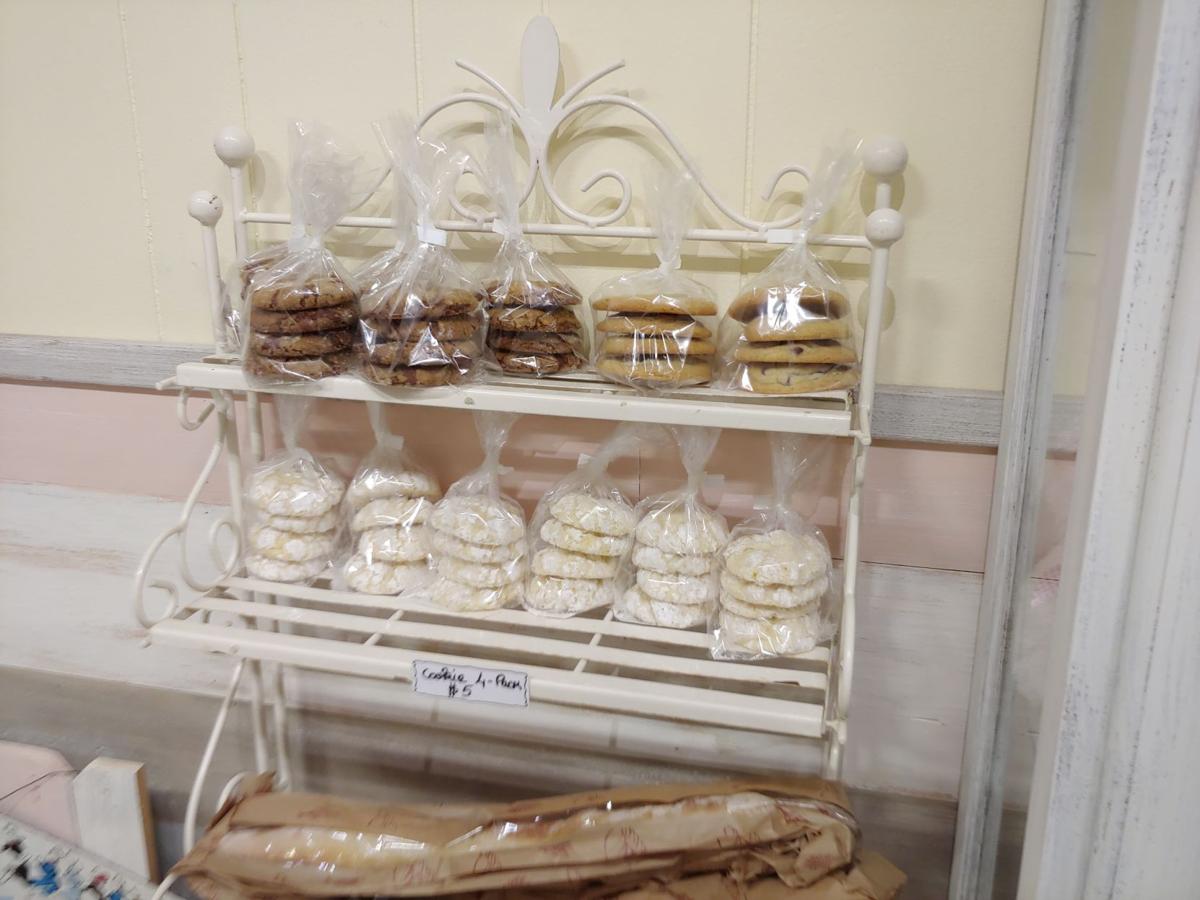 Rebecca Herring pulls a loaf of bread from an oven at The Pastry Hub in downtown Redmond. She raised money for the oven by giving donors “subscriptions” to the pastries in her store.

A woman who had trouble getting out of bed for four years now has her own bakery in downtown Redmond.

Rebecca Herring opened The Pastry Hub recently in space she shares with Sweet Oasis Sweet Shop at 425 SW 6th Street. While she had baked for years, she started doing it professionally in April 2018.

“I had decorated cakes and things, but I didn’t realize it was really a talent, kids and husbands always liked the cookies, it didn’t matter,” Herring said with a laugh.

She started selling baked goods at the Redmond Farmers Market and later the DD Ranch pumpkin patch and Jordan’s Fruit Stand. Herring had been planning to attend culinary school, but the baking business was doing so well she decided to throw herself into that, instead of putting her family in debt.

“I realized people really do like my stuff,” she said. “It just kept growing from there.”

The bakery has several cases around the sweet shop now, but Herring said it will grow to take up about half the store within a few months. She offers a variety of bread like sourdough and crusted rosemary garlic, as well as treats like cookies, cinnamon rolls and sweet breads — with lemon loaf being her top seller.

With Ida’s Cupcakes opening soon down the block, The Pastry Hub is staying away from making cakes, instead referring them out to other bakeries. Herring said she offers products difficult to find in Redmond.

“I met a man who drove from Prineville to Bend for artisan bread,” she said.

Somerli McLain, who owns Sweet Oasis and the neighboring Maple Moon Marketplace, had a commercial kitchen available in the back of the sweet shop and offered it to Herring. Along with providing space, McLain has assisted with the business side of things.

“She has really taken me under her wing and showed me the marketing and the type of things I didn’t really think of before,” Herring said.

“She’s just a very good baker, and Redmond needed that,” McLain said. “She needs to be out more. She was bursting at the seams.”

The sweet pastries are a complement to the candy and chocolate sold at Sweet Oasis, but the artisan bread also has a place, McLain said.

“She’s not just sweet, she brings savory,” she said.

The kitchen was lacking a commercial oven, so Herring sold subscriptions, which allow customers to get various baked goods each week for 10 weeks, to help her pay for it.

Along with its storefront at Sweet Oasis, The Pastry Hub also provides pastries to 3 Peaks Coffee up NW Sixth Street and Get Roasted Coffee in Culver.

Herring plans to have a special Christmas menu for the holidays and will also sell pastries at the Holiday Village Market, starting Friday in Centennial Park.

A breast cancer survivor, who was bed-bound because of a chronic neurological condition, Herring has come a long way. She also dealt with what she calls a toxic situation in California, before moving to Oregon, where she has family.

“I was able to get back on my feet,” she said. “It’s night and day compared to what my life was.”

Herring still deals with health issues, and has to avoid potentially triggering things like fluorescent lighting, but said the current situation allows her to take time off, if needed.

Herring loves to give back to the community. Denise Turner, a neighbor of Herring’s who is now a devoted customer, said that during the federal government shutdown, Herring provided a free loaf of bread each week to anyone who showed government identification.

“She’s always been that way, because she knows what it’s like to not have money,” Turner said.

Turner and her son, who has autism, were taste testers for Herring’s pastries when she started out. Turner said her son is a very picky eater, and he always tells the truth about what he likes. And he usually loves what Herring makes.

“He would always tell her two thumbs up or two thumbs down,” Turner said. “She always knew she had something good when he liked it.”

As for the name The Pastry Hub, Herring said she wanted something unique. She went through 20 to 30 names before finding the right one.

“The only Pastry Hub I found online was in Tel Aviv,” she said. “I figured that would be far enough away there won’t be a conflict.”