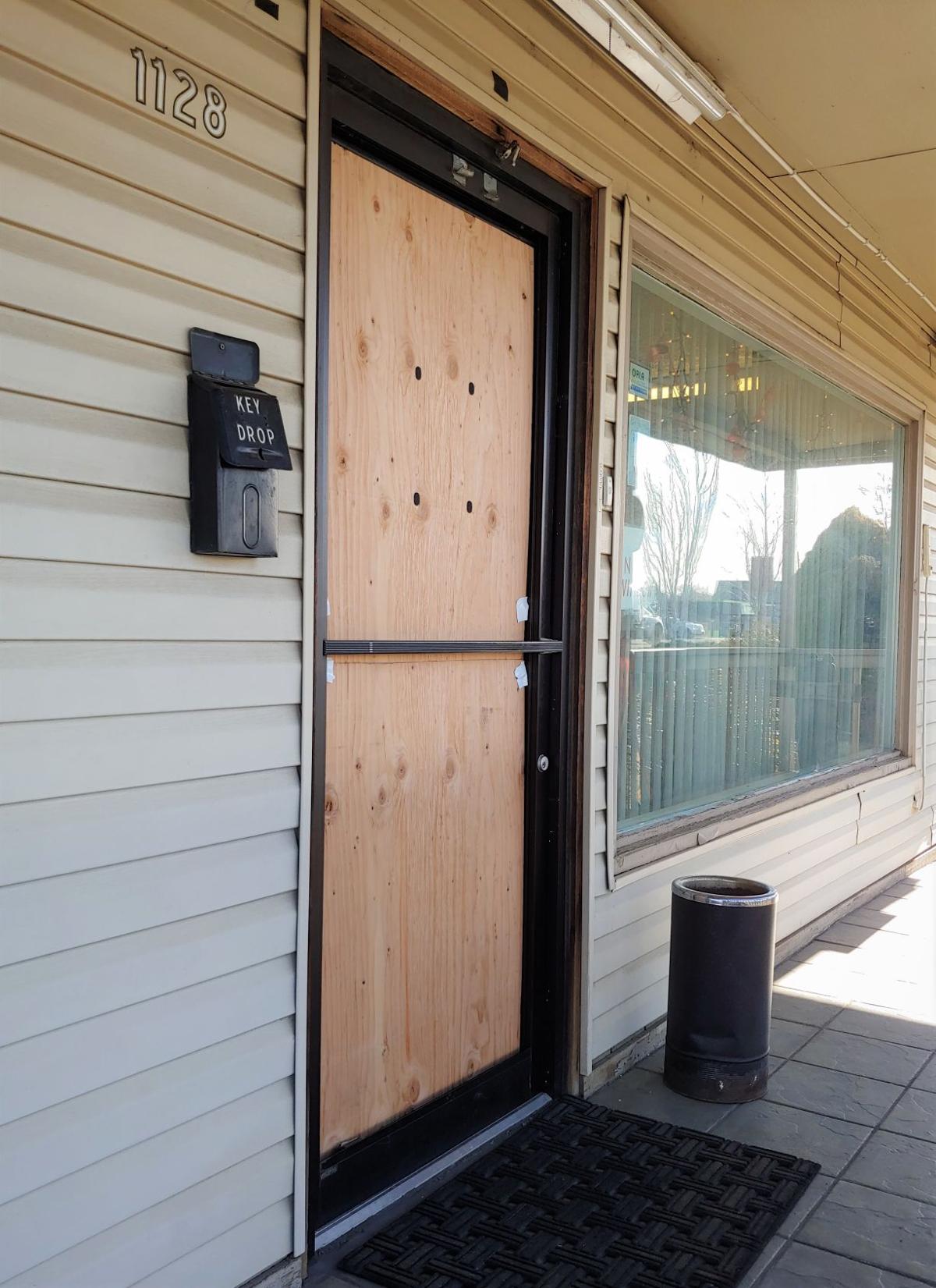 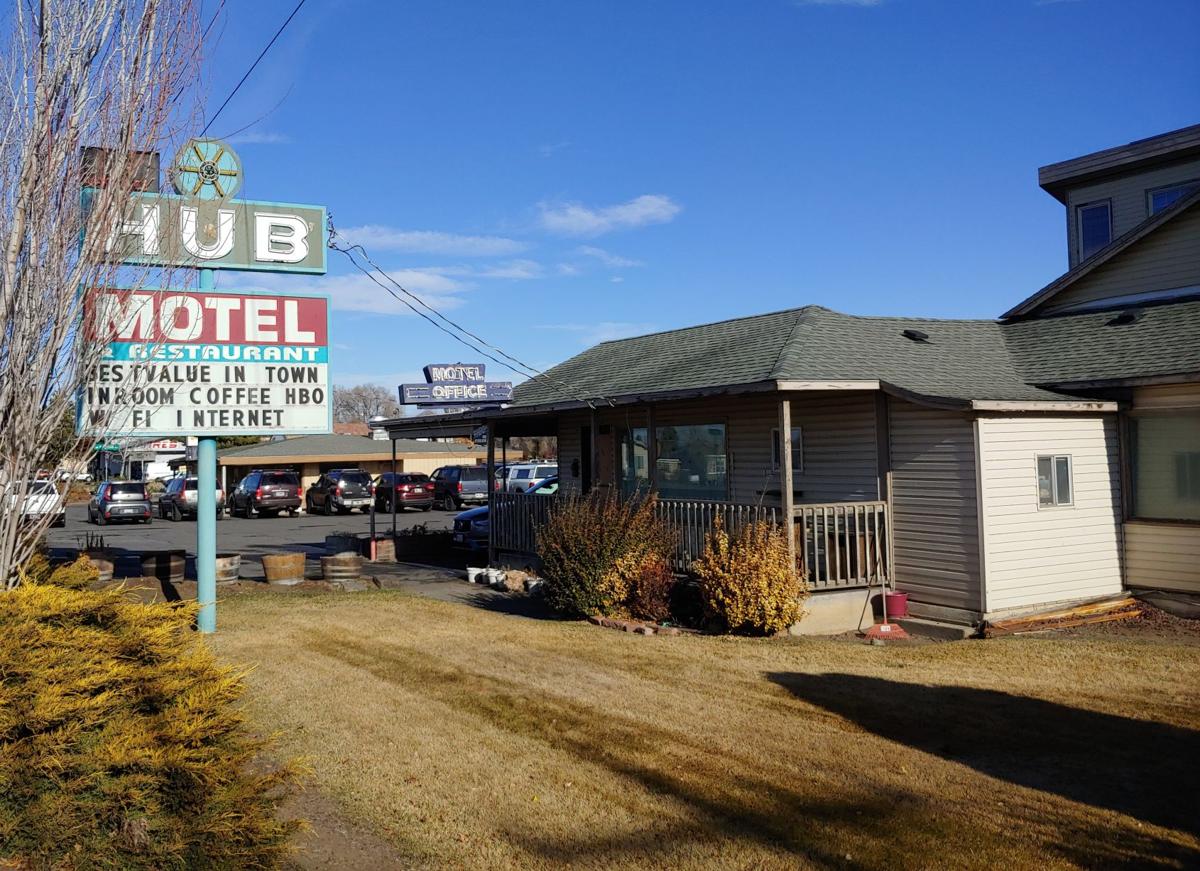 The Hub Motel in Redmond, where James Lamb allegedly attacked the motel owner in a case that is receiving national attention.

The Hub Motel in Redmond, where James Lamb allegedly attacked the motel owner in a case that is receiving national attention.

Mark Woodard, the live-in manager of the Hub Motel in Redmond, was asleep when police say his boss was attacked in a hate crime that has left a community rattled.

“Anyone who would attack someone that viciously — my mind can’t even wrap around it, and I don’t think any normal mind can wrap around it,” Woodard said. “It’s just a vicious unprovoked attack.”

That man, James David Lamb Jr., 53, appeared Jan. 10 in Deschutes County Circuit Court by video from the county jail, where he’s been held since the morning of Dec. 31, when officers arrested him outside his room at Hub Motel on NW Sixth Street.

Prosecutors allege that on that morning, Lamb went to the hotel manager’s office and viciously beat Puri. Lamb allegedly told police he did it to “rid America of people like her.”

News about the attack has been picked up by national outlets including The New York Times, ABC and NBC News.

(A GoFundme page has been set up for the family)

Lamb was asked by Judge Stephen Forte if he understands these new charges.

He did not immediately answer yes.

“I see them right here on this sheet of paper, but I don’t understand them,” Lamb said, slowly shaking his head side-to-side.

Woodard and Redmond officials provided The Bulletin new information about what happened that morning at the Hub Motel.

On the night of Dec. 30, Lamb’s wife dropped him off at the Hub Motel because he was agitated and she hoped “ he would calm down,” according to Redmond Police Lt. Aaron Wells.

“He had been escalating his behavior in the prior 72 hours in La Pine,” Wells said.

At around 6 a.m., Dec. 31, Lamb grew incensed when Puri wouldn’t allow him to use the phone in the hotel office to make a long-distance call, according to Woodard.

Puri is typically not afraid to stand up to unruly patrons, Woodard said, but that night, she was scared of Lamb.

And with good reason, Woodard said.

“He reached in through a small night window, grabbed her by the hair and slammed her head into the window,” Woodard said.

Lamb then picked up a hallway ashtray and used it to break down the office door, according to Woodard.

“Basically, he beat the hell out of her, threw her to the ground and kicked her with work boots on, strangled her and told her she was going to die,” Woodard said

Lamb is listed in court documents as 6-feet-2-inches tall, 205 pounds.

Lamb broke off his attack suddenly and returned to his room. Injured and stunned, Puri called Woodard, who was asleep prior to his shift at 9 a.m.

After police thoroughly searched Lamb’s room, Woodard said he was disturbed by what he found inside: graffiti “all over the place” — in the drawers, on the trash can.

Before this year, the Deschutes County District Attorney would not have been able to charge Lamb with a hate crime. But a newly enacted Oregon law allows a single person to be charged with the offense. Before, only a group of two or more defendants could face the charge.

Hummel opted to bring the hate crime even though Lamb already faces attempted murder, a charge that carries a potentially longer prison sentence than bias crime.

With ‘work to do’ to catch Super Bowl-bound 49ers, Brian Gutekunst and Packers aim to close gap, build on 2019 success

“The hate crime charge is a statement of the values in Deschutes County,” Hummel said. “This community is not about hate. We’re not about that kind of conduct.”

Hummel said investigators are looking into Lamb’s past for evidence of racist statements and beliefs. They’re aware of at least one social media account.

Lamb’s bond was originally set at $50,000 by a different judge. Forte on Friday raised it to $1 million and ordered that if Lamb does bond out of jail, he be subject to “extreme” scrutiny by Vigilnet, the county’s GPS monitoring vendor.

Police have called Lamb a Eugene resident. Court records list a Portland address for him. On Friday, Redmond officials stressed he is an outsider.

“Mr. Lamb is not a Redmond resident,” Wells told The Bulletin. “He had only been in Redmond for about 12 hours before he committed this crime … There is no evidence suggesting Lamb knew the victim or her family before the incident, nor evidence indicating he has friends with similar motives.”

The case has rattled Redmond .

City Manager Keith Witcosky told The Bulletin on Friday, “This is not Redmond.”

“We are a compassionate community that has no tolerance for hate,” Witcosky said. “We take this incident very seriously, and Mr. Lamb’s actions do not reflect the values of the Redmond community — we are better than that. We take pride in being a city that welcomes all people.”

Dating to 2012, there was just one instance described as a “hate crime,” according to Redmond Police records.

Woodard was visibly upset following Lamb’s arraignment. The former Army Ranger has worked for the Puris for seven years.

He said he and the Puris are “family,” and they’ve worked hard to keep criminal behavior out of the Hub Motel, and generally succeeded.

“She’s an American citizen,” he said. “She’s been here since the ‘70s. Yeah, she’s an Indian immigrant, but they came here and did it all the right way. They’re everything that (he) will never be.”