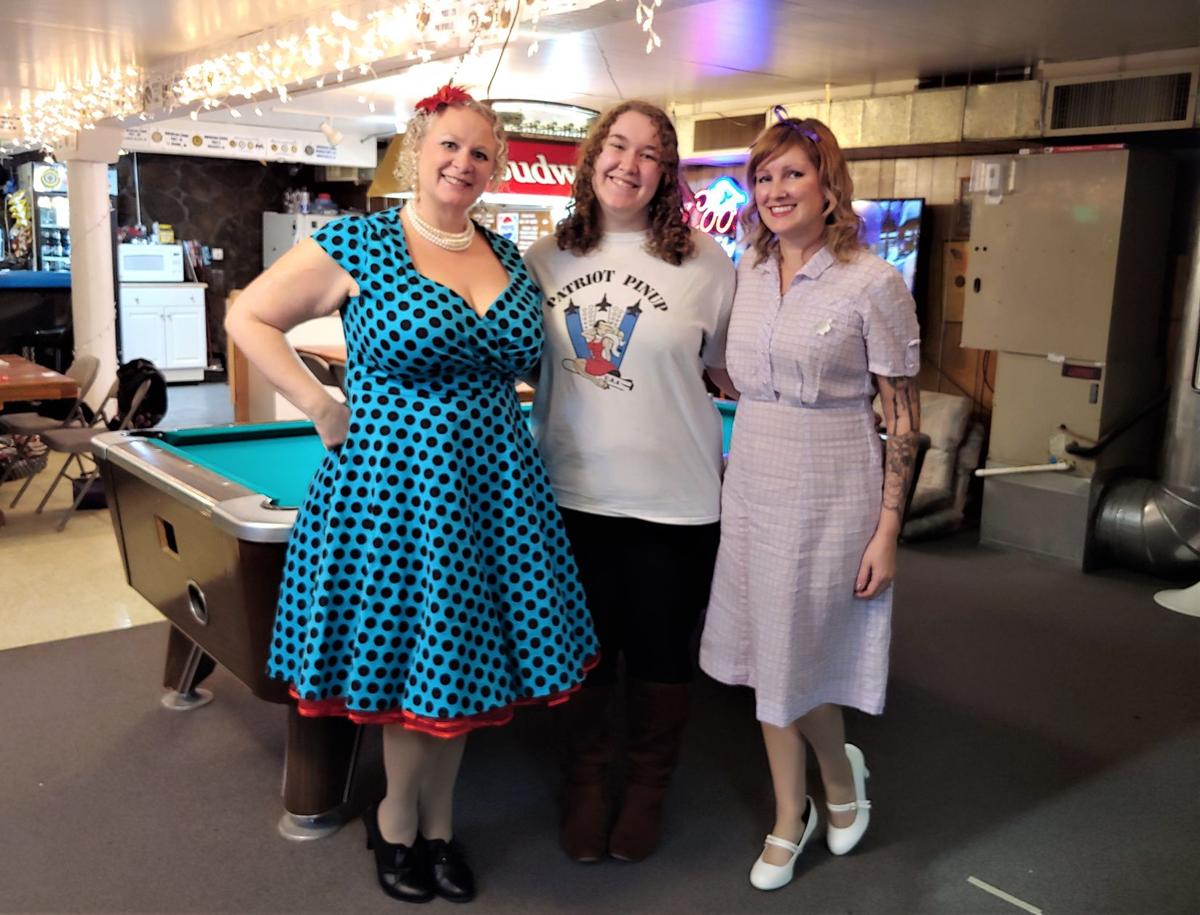 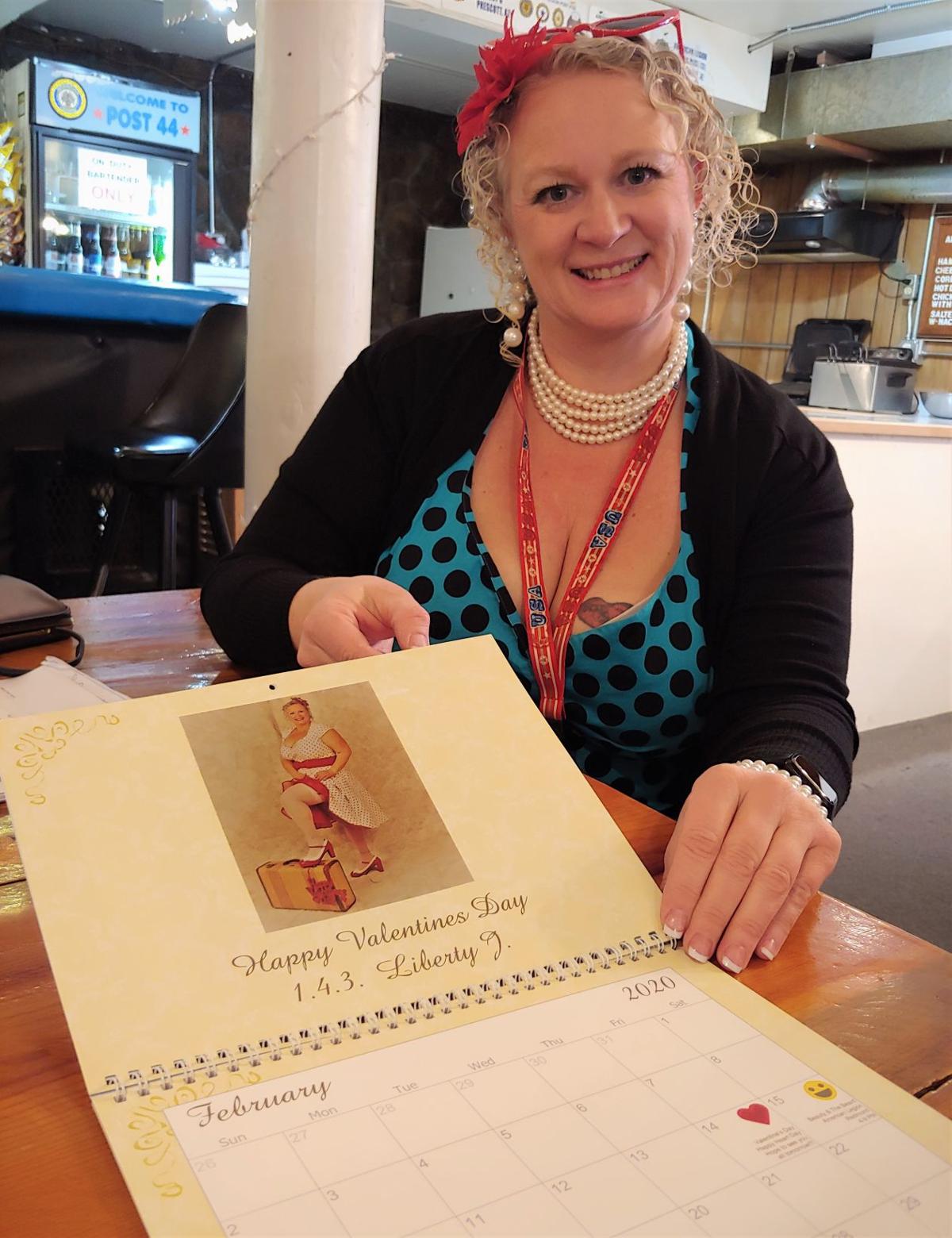 Jacqueline Kemry, president of the Central Oregon Patriot Pin Up Chapter, shows off her page in the group’s 2020 calendar. Like all the chapter’s fundraisers, money raised from the calendar is donated to veterans groups. 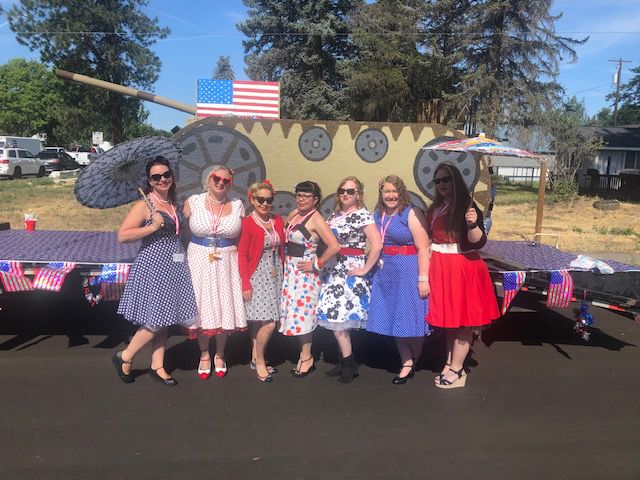 Patriot Pin Up members pose at the Redmond July 4 parade.

Jacqueline Kemry, president of the Central Oregon Patriot Pin Up Chapter, shows off her page in the group’s 2020 calendar. Like all the chapter’s fundraisers, money raised from the calendar is donated to veterans groups.

Patriot Pin Up members pose at the Redmond July 4 parade.

A growing group of Central Oregon women is going the extra mile to make the day for veterans.

Patriot Pin Up, which started in 2012 in Ohio and expanded to Oregon that same year, has grown from three to seven members in its Central Oregon chapter since Redmond resident Jacqueline Kemry took over a year ago. The women wear dresses intended to resemble classic pinup girls when they attend patriotic events and hold fundraisers for veterans groups.

The key to increasing membership has been getting the group’s name out there, Kemry said.

“The more people know about us, the more involved we can be,” said Kemry, 47, at a recent interview at Redmond’s American Legion Post 44.

The post will be the beneficiary of Patriot Pin Up’s next event, the Feb. 15 Beauty and The Beard. The event, which costs $10 to enter (which includes a cheeseburger dinner), features a pin up contest for women and a beard contest for men, which attendees can enter for an extra $5.

The event is one of several Patriot Pin Up does to assist Central Oregon veterans groups. In the summer, they did a car wash to raise money for American Legion’s Madras post, while a December sock hop (which will be moved to November in 2020) brought in $600 for Redmond’s Veterans of Foreign Wars Post 4108, while 62 pairs of socks were donated to Central Oregon Veterans Outreach in Bend.

And after years of being pinups in name only, the women of the Central Oregon chapter recently posed for a 2020 calendar, which also raises money for veterans. Kemry, whose pinup name is “Liberty J,” said they’ve already sold all but a handful of copies.

“We try to keep it tasteful,” she said.

Members even go out of their way individually to assist veterans. Kemry recently picked a Vietnam veteran up in La Pine and took him to an appointment in Bend.

“Now that I went and did it once, I think I’ll do it every six weeks,” she said.

Jerry Crosby, who served in the Air Force, wouldn’t have known what to do if he hadn’t received the ride from Kemry.

“It means the ability to go see my eye surgeon,” Crosby said. “Without their assistance, I don’t know how I can get up there. There are not a lot of other opportunities for a ride that I’m aware of.”

Husker Extra Podcast: Ep. 141: Sorting through the bin of concerns for Husker hoops and football

They also keep a fund to help veterans in need out, which Kemry said has increased to $1,300 from $100 when she took over as president. The group plans to buy woodworking tools for a veteran.

“Everything we make we put back into our account and use it for something someone needs,” Kemry said.

Patriot Pin Up also assists other service organizations, like working with Caring for Troops in putting together care packages for military members on the second Saturday each month. They also decorate tombstones during the holiday Wreaths Across America and welcome home senior veterans who take part in the Honor Flight to Washington, D.C.

“They think it’s so cool to have a pretty girl to get their picture taken with,” Kemry said. “It’s probably the most moving thing that we do. I’m crying right now just talking about it.”

Patriot Pin Up members even appear at events for other agencies, like Big Brothers Big Sisters.

Gonzalez, 37, said her favorite part of the group is seeing the reactions of the veterans. The Prineville resident joined Patriot Pin Up in August, part of Kemry’s effort to expand the group all over Central Oregon.

The Central Oregon chapter, Patriot Pin Up’s only one outside Ohio, features women ranging in age from 32 (not counting Alexandra “Miss Symphony Lyn” Kemry, Jacqueline’s 16-year-old daughter) to 54. One is a veteran, while others, like the Kemrys and Gonzalez, have family members who served.

The veterans themselves aren’t the only ones the Patriot Pin Up members looks to please, Jacqueline Kemry said.

“I make it a point to talk to the spouses,” she said. “People forget it’s not just the people going to war. They have families staying at home. It means so much to them.”

Crosby, who has bad memories of how he was treated when he returned home from Vietnam, recommends other veterans in need get in touch with Patriot Pin Up.

“Knowing that people will help you — it really surprised me,” he said.

What: Patriot Pin Up Beauty & The Beard