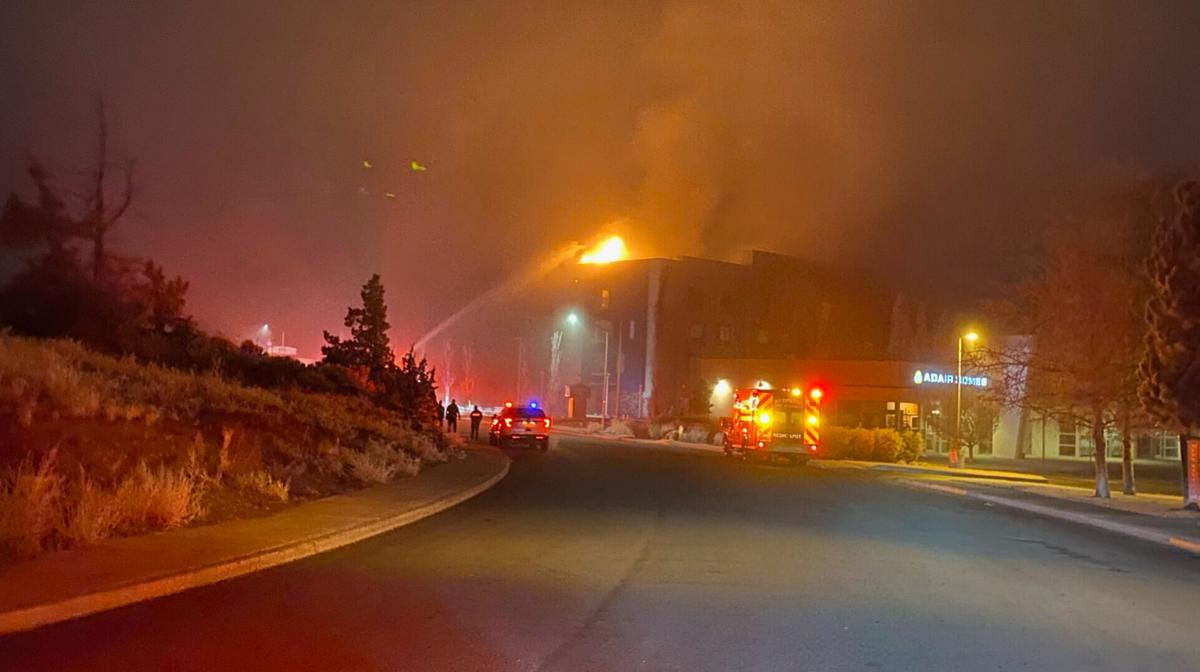 Fire damaged a hotel under construction in Redmond early Tuesday. 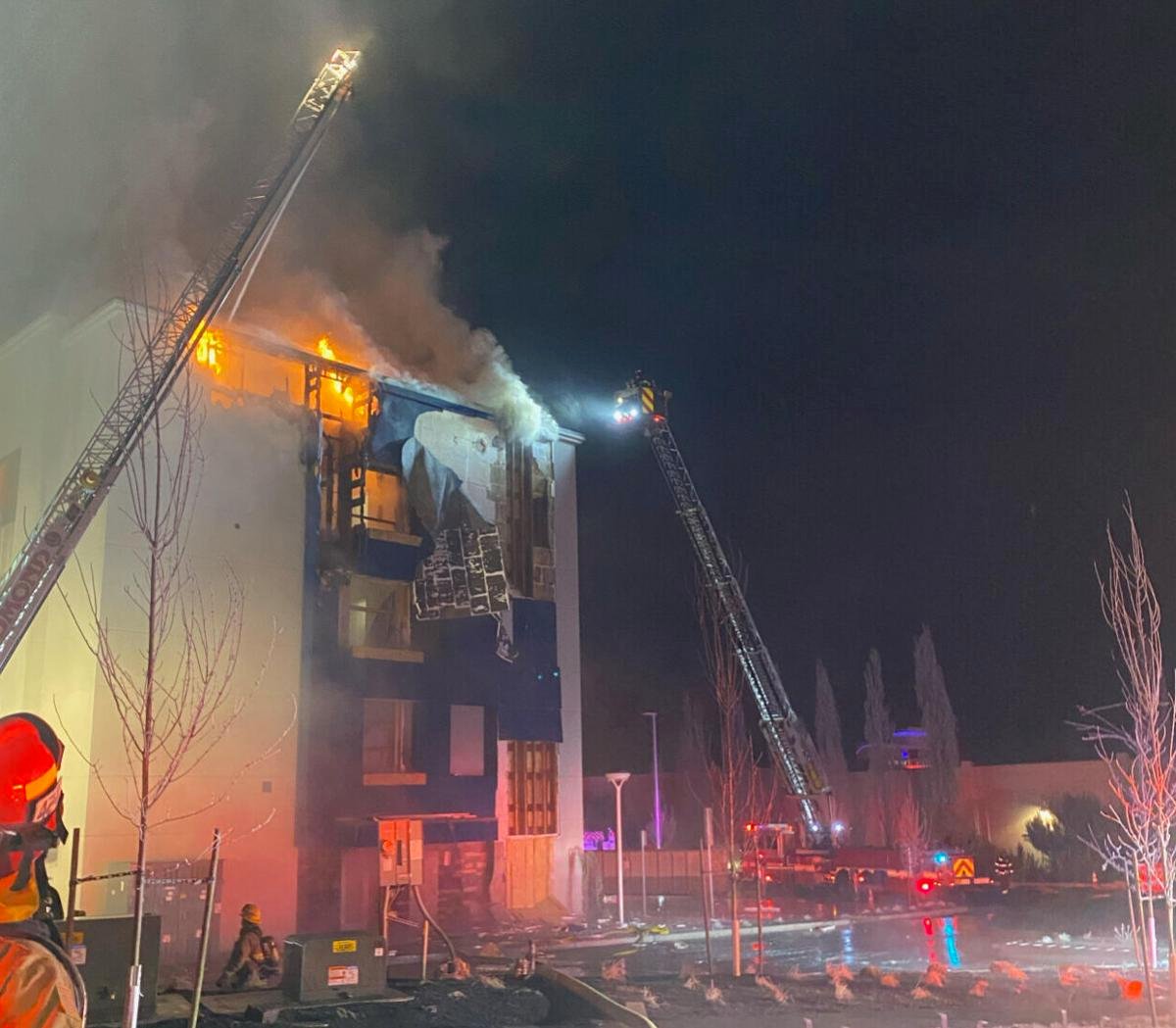 Fire damaged a hotel under construction in Redmond early Tuesday.

Officials believe an early-morning fire Tuesday at a hotel under construction in Redmond was likely the result of mechanical failure.

Around 1:40 a.m., Deschutes County emergency dispatch began receiving reports that flames were shooting from the roof of the Hampton Inn off U.S. Highway 97 near the Deschutes County Fair & Expo Center. Several people said an explosion was heard first.

Crews with Redmond Fire & Rescue arrived to find an active fire near the top of the four-story building. Because no people were reported to be inside the building, firefighters took a defensive approach, directing water guns from the apparatuses, according to Jeff Puller, Redmond deputy chief .

Once the fire was knocked down, crews were sent inside.

Investigators estimate the blaze caused $500,000 in damage. A formal investigation is under way.

“They’re leaning toward a mechanical or electrical issue,” Puller said. “We believe the fire started near one of the HVAC systems located on the roof.”

The sprinkler system installed in the building was not yet operational. However, a system of stand-pipes — water pipes in the stairwells — was operational and allowed firefighters to connect hose lines inside the building.

“It helped us out greatly, as it alleviated us from having to carry a whole lot of hose,” Puller said.

The 105-room project is located on a 4-acre parcel near the fairgrounds. It’s part of a wave of new hospitality development expected to nearly double Redmond’s current inventory.

Overall, it was a busy night for Redmond fire. Earlier in the evening, firefighters battled a flue fire that spread to an attic at a home in Redmond.