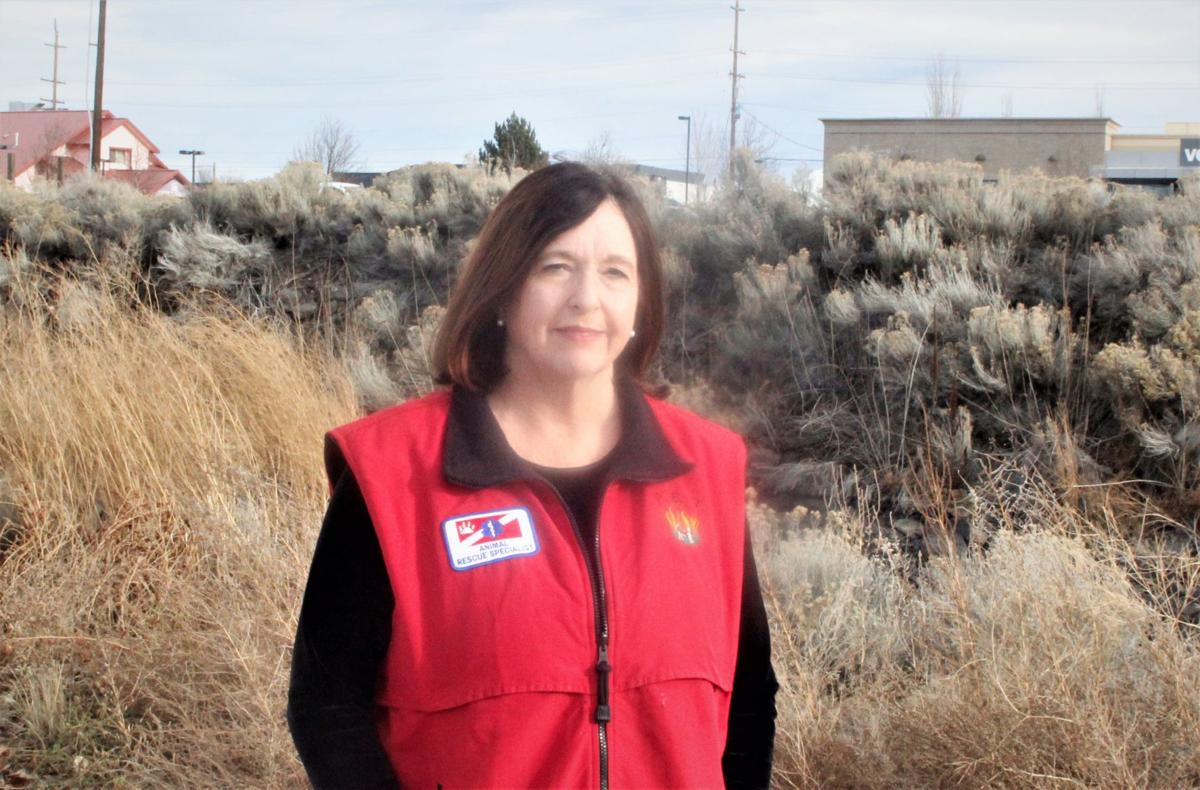 Jamie Scanlon-Kanski leads Redmond’s Pet Evacuation Team. “We just have a fantastic team of volunteers,” she says. “Everybody has aspects and expertise of different animals and different jobs.” 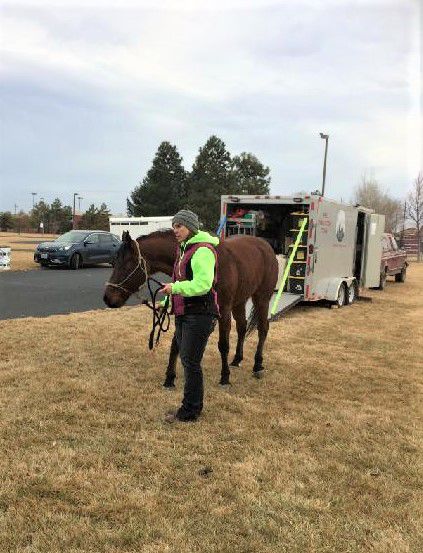 A Pet Evacuation Team training event at the Deschutes County Fairgrounds. Places like fairgrounds and rodeos are good staging areas for pet evacuations because they have stables. 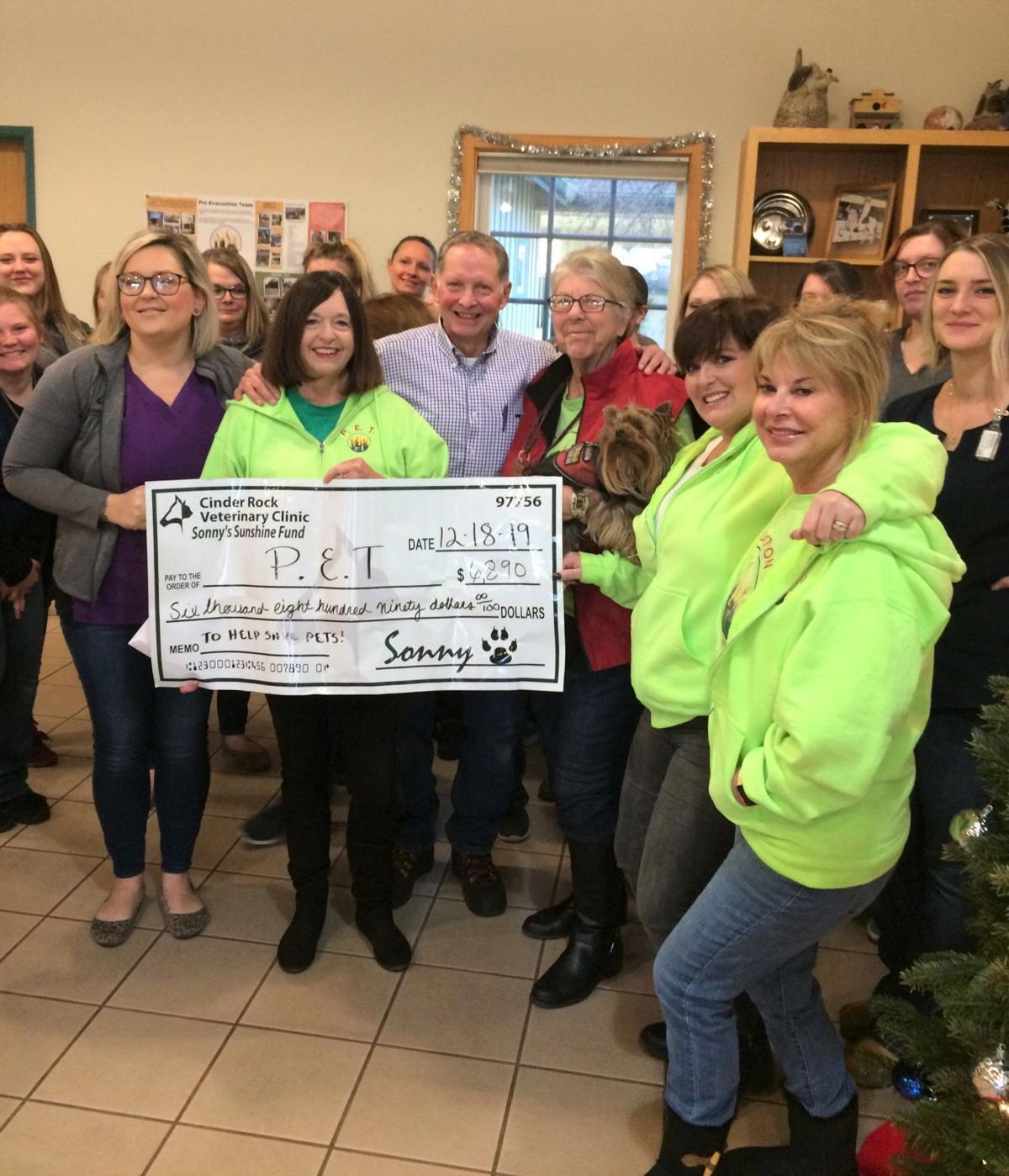 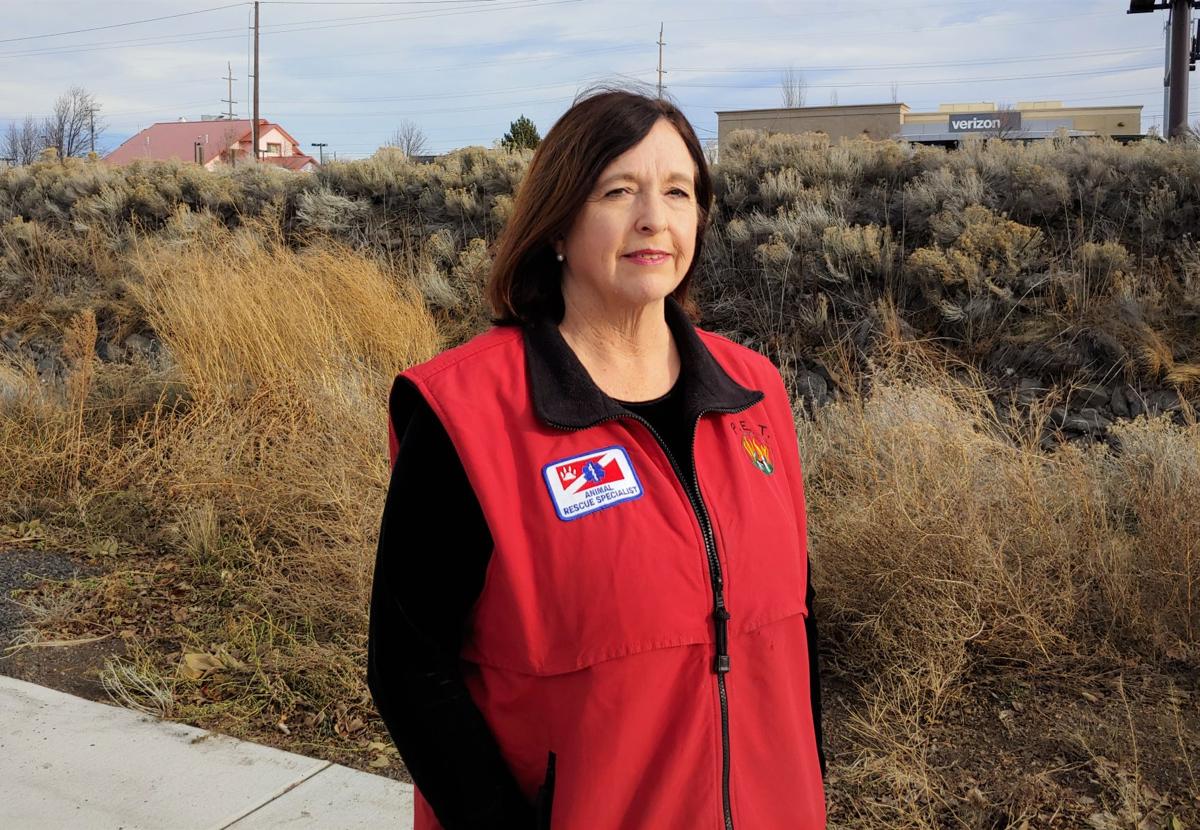 Jamie Scanlon-Kanski leads Redmond’s Pet Evacuation Team. “We just have a fantastic team of volunteers,” she says. “Everybody has aspects and expertise of different animals and different jobs.”

A Pet Evacuation Team training event at the Deschutes County Fairgrounds. Places like fairgrounds and rodeos are good staging areas for pet evacuations because they have stables.

A Redmond-based nonprofit agency that’s assisted hundreds of animals over the years is getting some help of its own.

The pickup, which would haul the team’s trailer, is the latest advancement for the agency, which started in 2001 as part of the Humane Society of Redmond. Jamie Scanlon-Kanski, director and regional coordinator for the Pet Evacuation Team, took the group independent after the Humane Society eliminated it in 2008.

The trailer includes items the team needs for animal evacuations, ranging from catch poles to generators.

She said that, with additional help from Deschutes County and Riverside Animal Hospital in Bend, the Pet Evacuation Team has nearly raised enough to buy the pickup.

“It will be safe and reliable,” Scanlon-Kanski said of the newer pickup.

Working with animals is something Scanlon-Kanski has always enjoyed.

“I’ve been an animal advocate since I was a little kid,” she said. “I guess it was in my blood.”

Now, the agency has an all-volunteer team of 124 people, who assist in tasks ranging from bringing in lost animals to offering kennels for dogs and paddocks for horses during an emergency.

“We just have a fantastic team of volunteers,” Scanlon-Kanski said. “Everybody has aspects and expertise of different animals and different jobs.”

The Pet Evacuation Team works closely with agencies like the Red Cross and the Deschutes County Sheriff’s Office. It has worked on 14 wildfires, as well as some flooding in the Prineville area.

That involves setting up a staging area near the area being evacuated. Scanlon-Kanski said places like the Sisters Rodeo, where the agency did its most recent staging during a summer 2018 wildfire, or the Deschutes County fairgrounds tend to make good spots because they are built to hold animals.

“Once we start that staging up and start taking in animals, we have to remain there 24/7, so some people will be staying the night,” she said.

Scanlon-Kanski even worked went to the Lower Ninth Ward Area of New Orleans in the aftermath of Hurricane Katrina in 2005. At the time, they provided food for animals but sheltered them in place.

“They were told to put (pets) in the bathroom, they’ll be back in three days,” Scanlon-Kanski said. “When we arrived, it had been two weeks.”

The Katrina disaster helped lead to a 2006 federal law that required states and counties to include pets in their disaster planning.

“I was able to testify in Salem to help implement the plan for Oregon,” Scanlon-Kanski said. “That was kind of a cool process.”

Along with natural disasters, the Pet Evacuation Team assists with human-caused problems, like transferring to safety some of the 83 horses found neglected in Terrebonne in March 2018.

They also assisted after a rollover of a trailer carrying 55 animals in Crook County. Scanlon-Kanski said it was determined to be an animal hoarding case.

While the Pet Evacuation Team mainly serves Central Oregon, people in other locations want to learn about it, because they lack similar agencies of their own, Scanlon-Kanski said. She previously served as lead for a humane investigations team with the governor’s office and has worked with sheriff’s offices in locations like Baker, Wheeler and Klamath counties.

“We have helped quite a few law enforcement agencies in the state,” Scanlon-Kanski said.

The team also works outside fire season by providing education to service groups, homeowners associations and others, she said.

“We go to quite a few events through the year,” Scanlon-Kanski said.

Then there is planning for large emergencies, like the possibility of a major Cascadia earthquake. Scanlon-Kanski said that would bring many animals from west of the Cascades to the Deschutes fairgrounds.

The team also deals with smaller situations, setting out cages to trap missing dogs. Scanlon-Kanski said the Pet Evacuation Team has a criteria that a dog must be missing for at least a couple days but is still being spotted in the area.

Vikki Sheerer, a Pet Evacuation Team board member who lives in Bend, is among the volunteers who helps set dog traps. She said she learned about the team after reporting an emaciated black lab that approached her while she was running her own dog near the Bend Airport. They ended up rescuing the dog about six weeks later.

“It’s pretty thrilling when we find a dog that’s been out for a long time,” Sheerer said.

Once dogs get away from their owners, they can get confused and run away, even if they are with a loving family for a long time, she said.

Sheerer has gone as far as 55 miles away from her home for 10 consecutive days to try to locate a missing dog. She also helps in cases where animals are abused.

While it’s rewarding to help an animal, it doesn’t always work out that way, Sheerer said.

“It kind of gets in your blood, you don’t want them to win, because you know if they win, they’re going to perish,” she said.