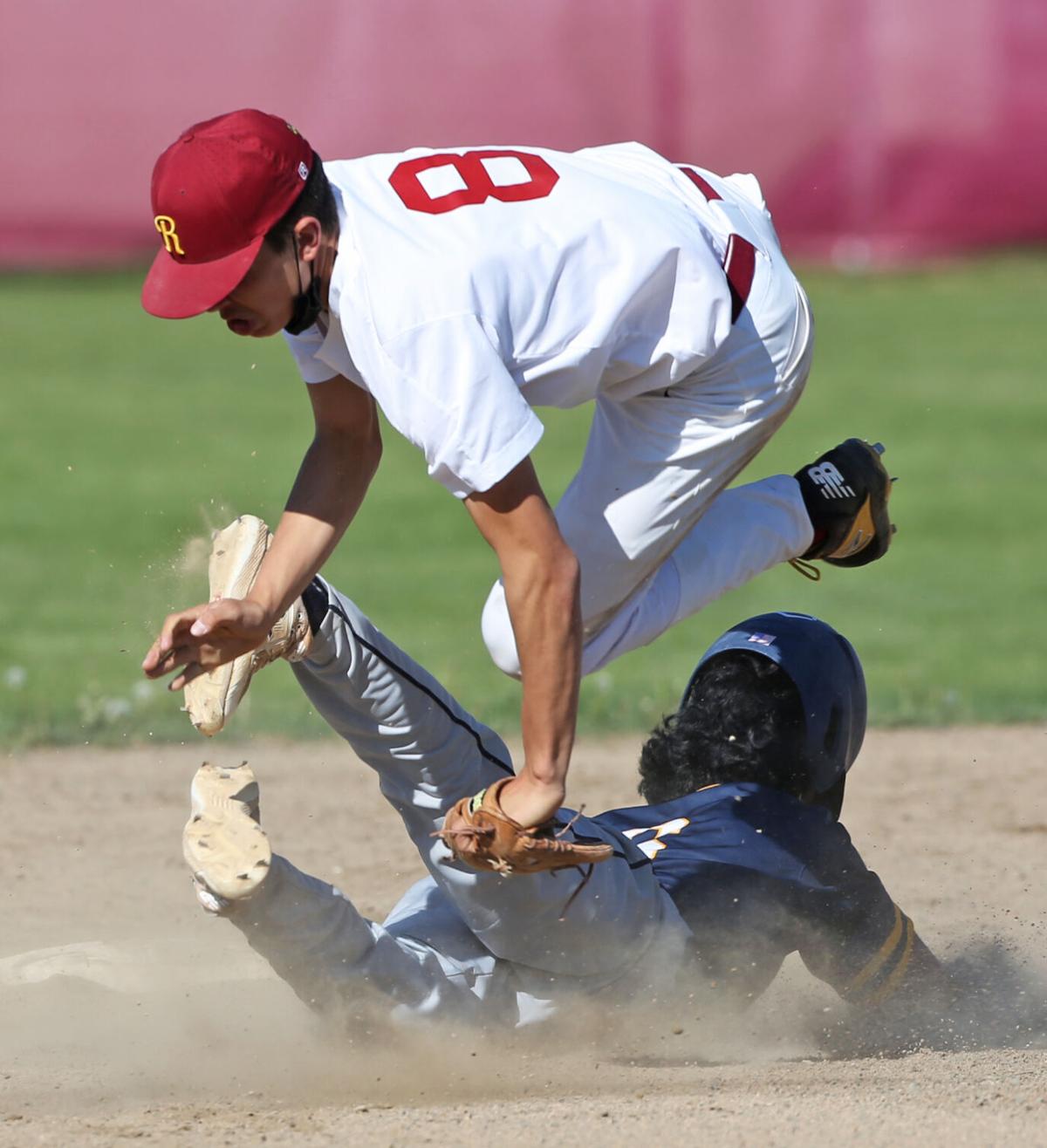 Redmond’s Colton Horner (top) collides with Bend’s Isaiah Wammock at second base during the Redmond vs. Bend High baseball game in Redmond. 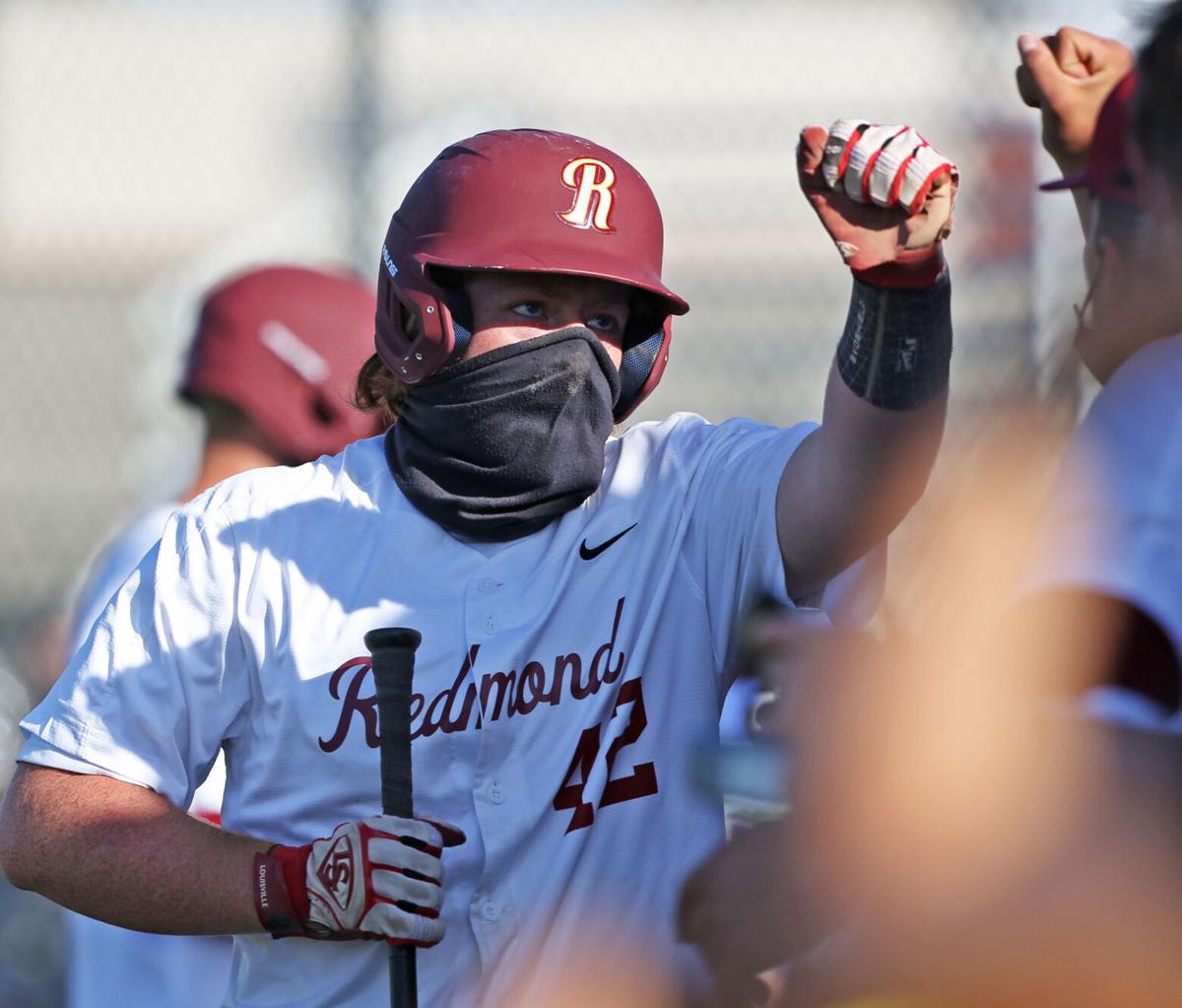 Redmond’s Brenden Eberle celebrates with teammates during the Panthers' 10-9 win over Bend High on Tuesday in Redmond. 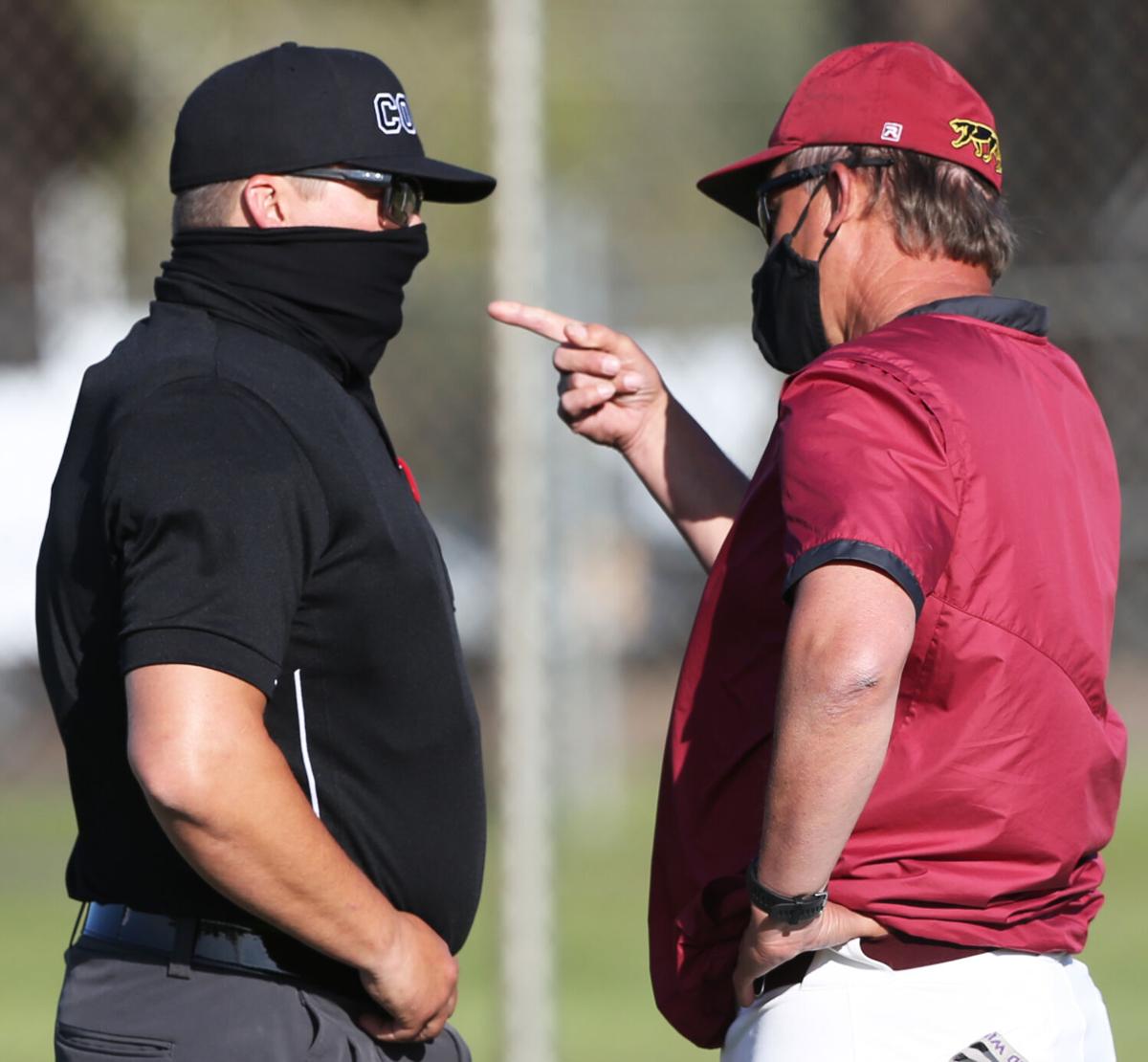 Redmond coach Stan Manley talks to an umpire following a controversial call during the Redmond vs. Bend High baseball game Tuesday in Redmond. 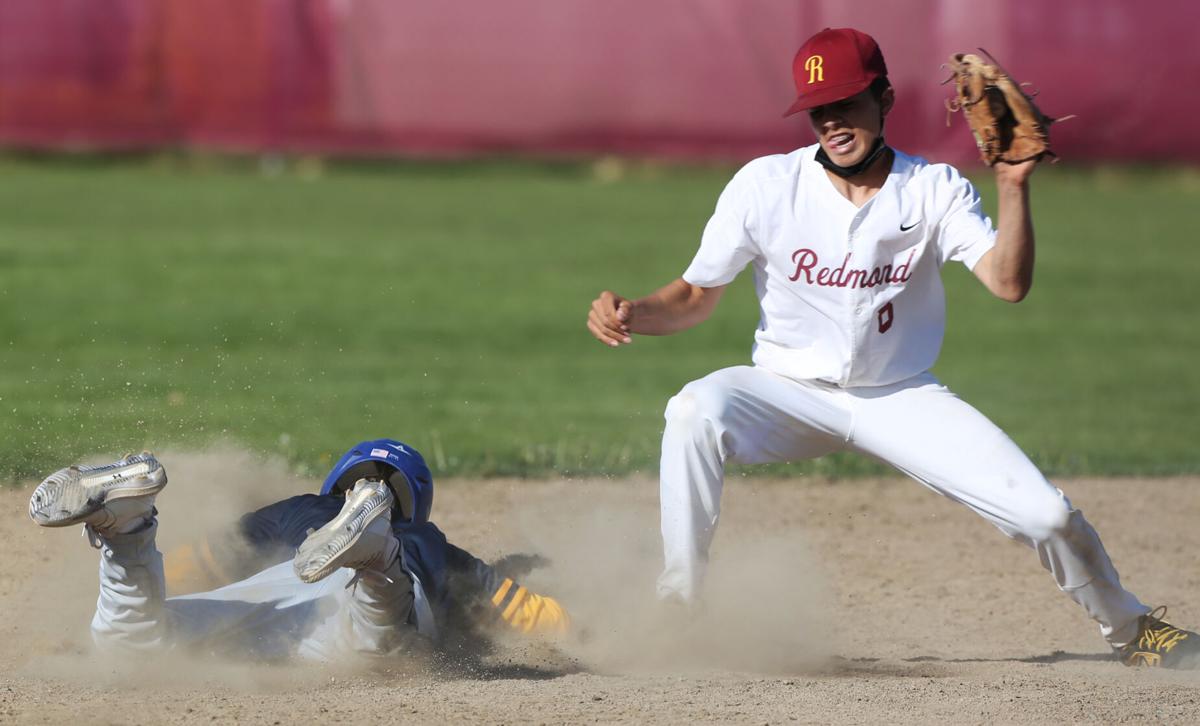 Redmond’s Colton Horner (top) collides with Bend’s Isaiah Wammock at second base during the Redmond vs. Bend High baseball game in Redmond.

Redmond’s Brenden Eberle celebrates with teammates during the Panthers' 10-9 win over Bend High on Tuesday in Redmond.

Redmond coach Stan Manley talks to an umpire following a controversial call during the Redmond vs. Bend High baseball game Tuesday in Redmond.

REDMOND — With the spring season winding down to its final few days, Redmond baseball had been looking for a win.

Not just any win, rather a win that could vault the program forward, according to Panthers coach Stan Manley.

That signature victory came last week at Redmond High School in a 10-9 triumph over Bend High, a team that entered the game as one of Central Oregon’s hottest teams, having won its previous six games.

“Bend is always one of those teams that you need to beat to go somewhere,” said senior Isaac Erhardt, who had three hits and three RBIs in the win. “I think this win is going to help the rest of the season.”

For a team entering the game with only three victories in 10 games, the Panthers (4-7 overall) were loose — cracking jokes and enjoying the sunny spring day.

“I felt like today we were having fun,” said junior Brenden Eberle, whose three-run home run punctuated the five-run opening inning for the Panthers.

“I was like, I hope that leaves because I don’t know if I can hit one any farther,” Eberle said of his home run. “My approach was to hit the first pitch fastballs — I just took a good hack at it.”

The Lava Bears added two runs in the second inning, another in the third, then took an 8-6 lead in the fourth inning on a Ryland Gustafson two-run dinger.

As the lead evaporated, the young Panthers, with three freshmen in their lineup, were tested — especially freshmen pitchers Joseph Teixeira and Ryker Altizer, who came out of the bullpen to pitch the final four innings.

After Gustafson’s go-ahead home run, the freshmen pitchers allowed just one run to keep the Panthers within striking distance.

“There is a lot of learning going on,” Stanley said. “Not just learning the game, but learning how to compete because they haven’t been at the varsity level. Our freshmen pitchers showed a lot of poise.”

It was far from a clean game for the Panthers. They committed five errors in the field, their pitchers hit four Bend batters and only five of Bend’s nine runs were earned.

Clutch hitting started the late rally for the Panthers. Eberle and Erhardt both drove in runs in the fifth inning to help the Panthers retake the lead, 9-8.

A sacrifice fly off the bat of senior Austin Carter provided what would prove to be the winning run in the bottom of the sixth inning. Redmond held the Lava Bears scoreless in the top of the seventh to end the game.

“We hit the ball in the right spots, moved the runners over,” Erhardt said. “I definitely have to say that the hits were something that got momentum going.”

With three games left in the shortened season, all against Intermountain Conference opponents, the Panthers hope that the momentum from the signature win carries into the final week and into the summer.

“They didn’t just roll over, that would have been really easy to do,” Manley said. “Bend chipped away and took the lead, then we stopped it and responded. That is what good teams do, and that is what we want to be one day, a good team. I think we are getting close to that.”