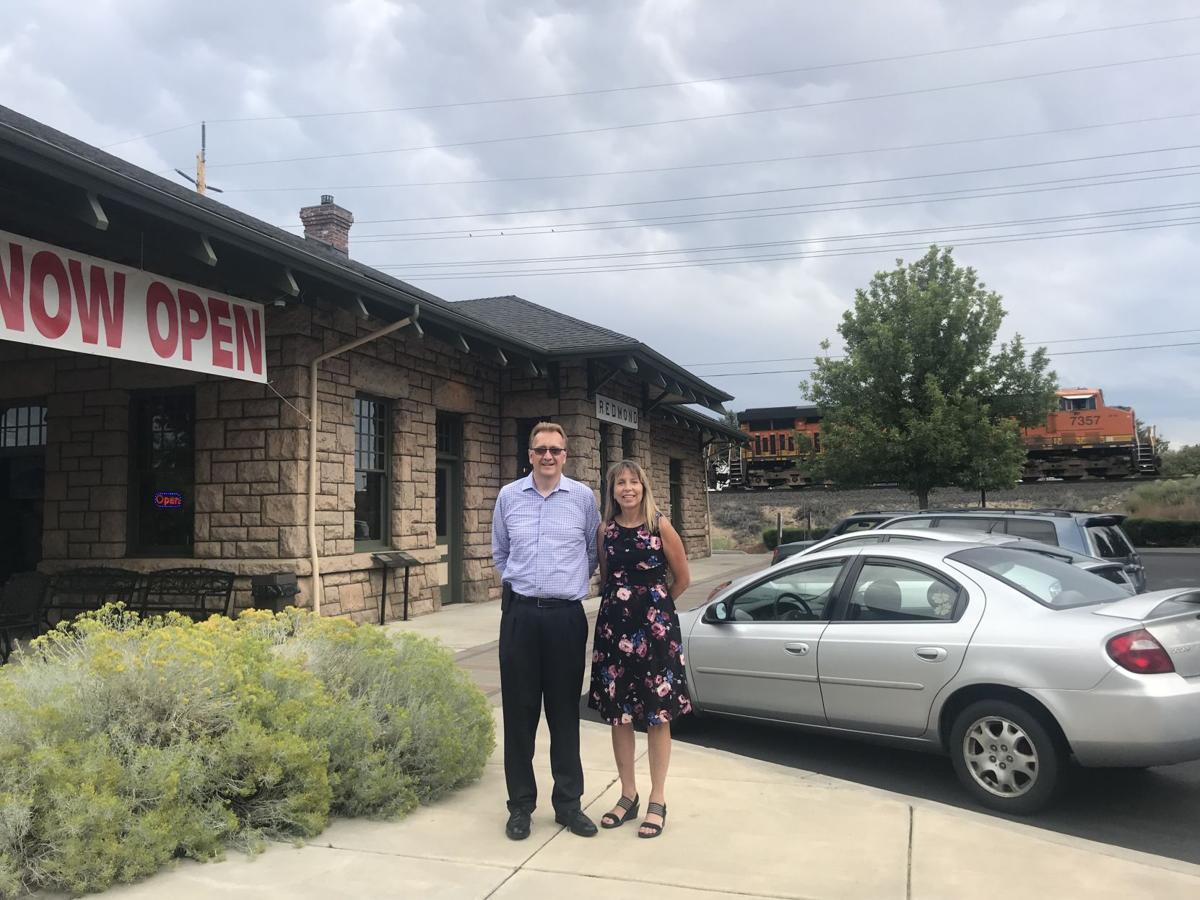 A train passes the historic Redmond Depot as owners Tanney, left and Shelby Staffenson pose outside. They redeveloped the structure, which was originally built in 1912, to include an investment office, coffee shop and historic display on the city. 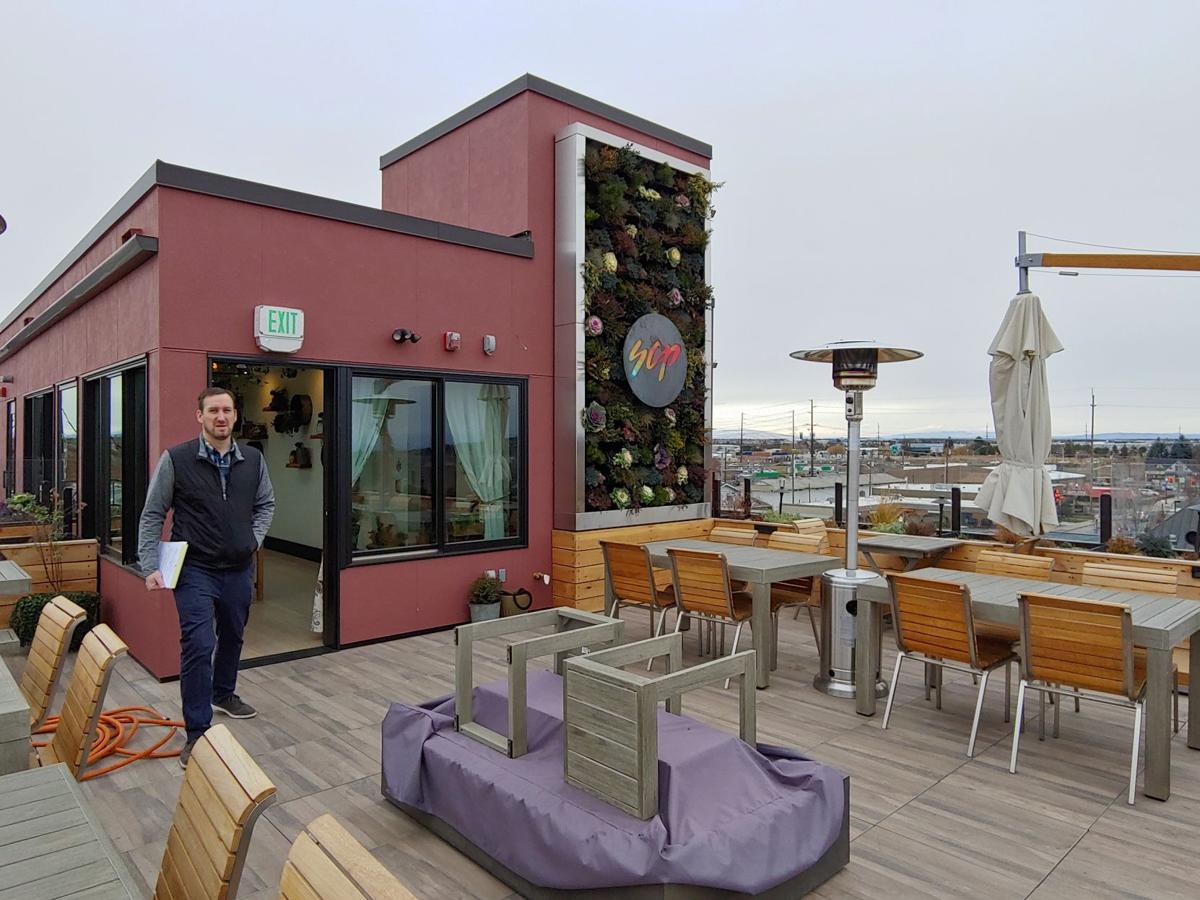 Tobias Colvin, general manager of the SCP Redmond hotel, stands on the patio of the hotel’s rooftop bar. The hotel reopened in December 2019 after a $7 million renovation. 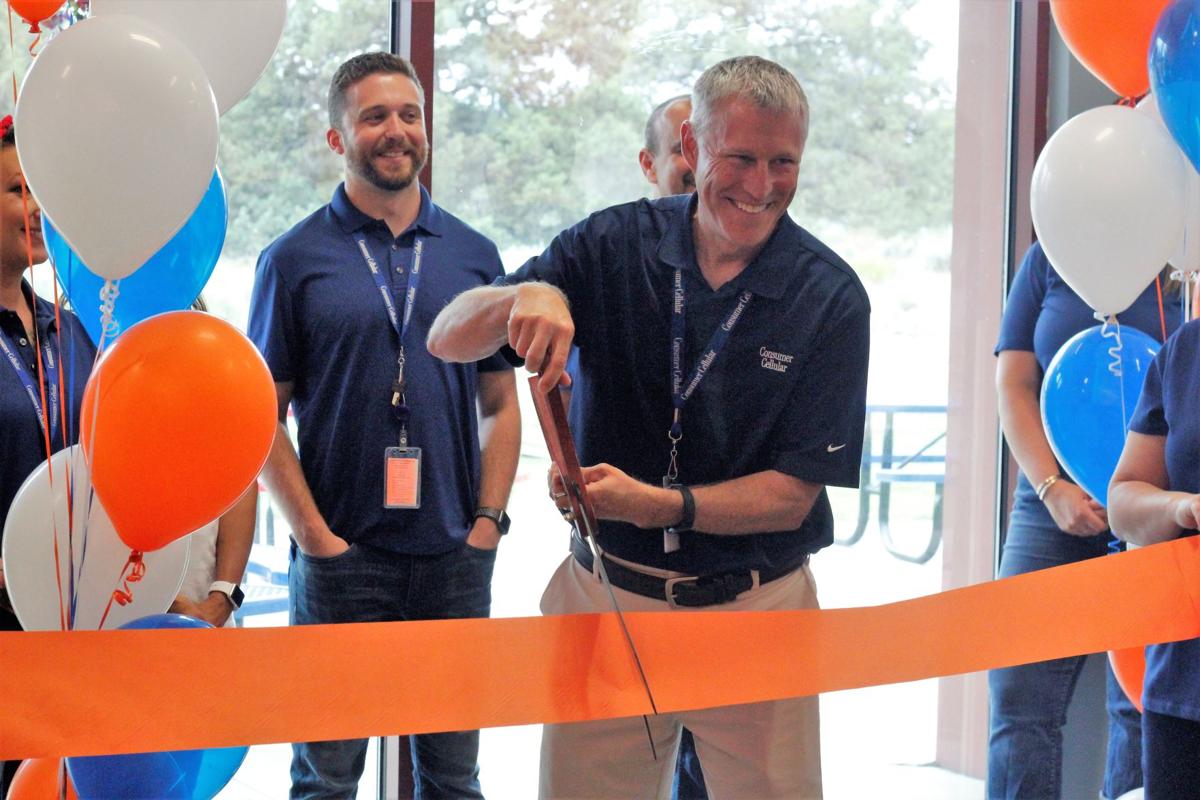 A train passes the historic Redmond Depot as owners Tanney, left and Shelby Staffenson pose outside. They redeveloped the structure, which was originally built in 1912, to include an investment office, coffee shop and historic display on the city.

Tobias Colvin, general manager of the SCP Redmond hotel, stands on the patio of the hotel’s rooftop bar. The hotel reopened in December 2019 after a $7 million renovation.

The just-concluded year was one of rebirth and expansion in Redmond, with old buildings reimagined, existing businesses adding employees and continued growth at the airport.

Perhaps the most anticipated business event in Redmond took place toward the end of the year. The SCP Redmond, formerly known as the New Redmond Hotel, opened in December with 49 rooms, many of them reconfigured. The hotel originally opened in 1928 but had been closed since 2004.

The new 49-room hotel features a rooftop bar, co-working space and a market with a coffee stand. It also features 14 Peaceful rooms, which provide yoga mats but don’t include potential distractions like televisions.

The hotel, at 521 SW Sixth St., cost about $7 million to renovate, with about half that coming from loans from city agencies.

The hotel is part of a growing Redmond market that could double the number of rooms in the coming years. Also announced this year is a 113-room Marriott SpringHill Suites, near Home Depot, while a Hampton Inn is already under construction near Frank’s Landing off South Highway 97.

The SCP Redmond isn’t the only downtown building to get new life. The owners of Grace and Hammer pizzeria renovated the former First Presbyterian Church building for their restaurant. They previously ran Stanley’s Farmhouse Pizza in Austin, Texas.

While it’s no longer downtown and no longer boarding passenger trains, the old Redmond Depot reopened in September for the first time since the restaurant that last used it closed in 2013. Owners Tanney and Shelby Staffenson filled half the building with an Edward Jones financial services office, while the other half has a second local location for the Redmond Coffee Company, meeting space and an exhibit space for the Redmond Historical Society, which has been without a museum since the former city hall building closed.

Also opening downtown was Becerra’s Bistro, which Army veteran Moises Becerra opened with his wife, Sheila. The “American bistro with French cuisine influences” was long awaited, with a sign appearing outside more than a year before it opened in September 2019. Like the downtown hotel, Becerra’s got low interest loans from the city’s Urban Renewal Agency.

With ‘work to do’ to catch Super Bowl-bound 49ers, Brian Gutekunst and Packers aim to close gap, build on 2019 success

Already one of Redmond’s five largest employers, Consumer Cellular announced it plans to double the 357 employees it has at its call center near Redmond Municipal Airport. The expansion is made possible by a $2 million, six-month renovation that includes new office and meeting space, remodeled restrooms and a newly-paved parking lot.

Then in August, Alaska announced it would start service to Los Angeles, San Francisco and Redmond’s first flights to San Diego. The San Diego flights were scheduled to start Jan. 7, with the other California flights coming in March.

And, judging by the new homes and apartments going up on the east, north and south ends of town, it looks like there will be plenty of people to patronize the new businesses.