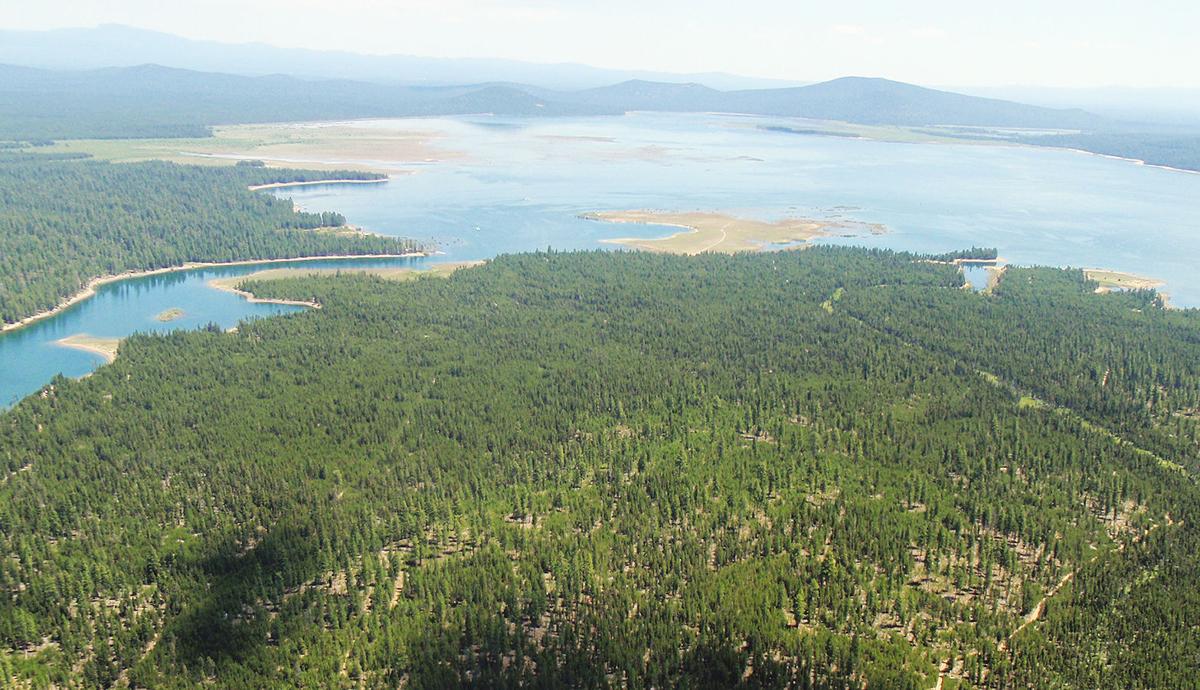 Wickiup Reservoir was only 60% filled as of April 30, a record low to start the season. 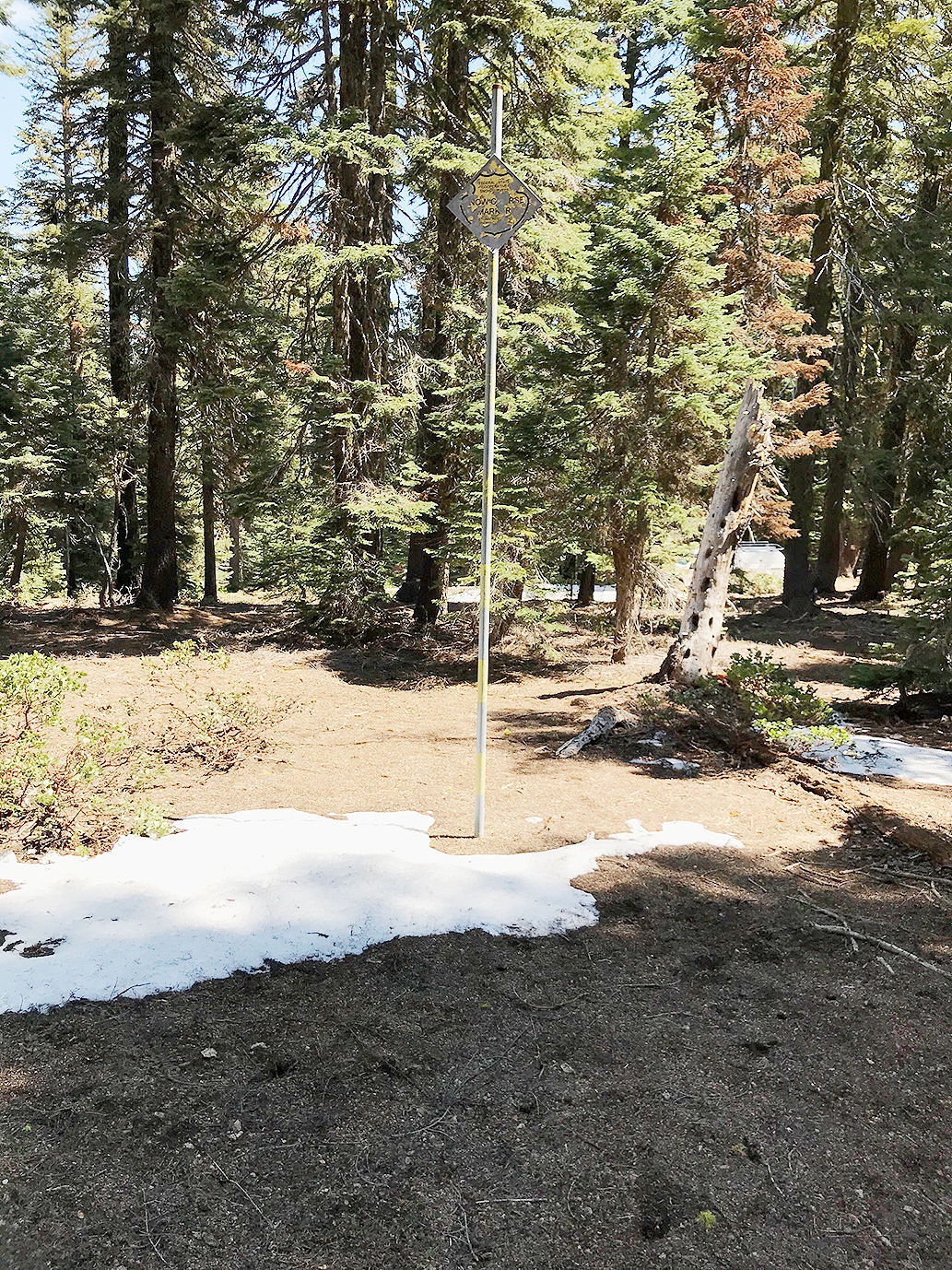 Oregon basins experienced rapid snowmelt in April, including Ski Bowl Road Snow Course in southwest Oregon near Siskiyou Summit. Normally on May 1, the site would measure 21.5 inches of snow, though this year it measured just 0.8 inches.

Wickiup Reservoir was only 60% filled as of April 30, a record low to start the season.

Oregon basins experienced rapid snowmelt in April, including Ski Bowl Road Snow Course in southwest Oregon near Siskiyou Summit. Normally on May 1, the site would measure 21.5 inches of snow, though this year it measured just 0.8 inches.

In 12 years as manager of the North Unit Irrigation District, Mike Britton said this summer could be the toughest he’s seen by far.

Low precipitation and rapidly melting snow in the Upper Deschutes and Crooked river basins of Central Oregon mean natural stream flows will be just 19-78% of average through September, leaving farmers and ranchers with less water for crops and livestock.

To make matters worse, Wickiup Reservoir — the district’s main source of stored water — was only 60% filled as of April 30, a record low to start the season.

“This is going to be a tough year all the way around,” Britton said. “Our reservoir didn’t even come close to filling.”

Warm and dry weather played out across Oregon in April, exacerbating drought conditions statewide and rapidly melting snow in the Cascades. All water basins are now below average for snowpack, even those that were near- or above-average when the month began.

Scott Oviatt, snow survey supervisor for the USDA Natural Resources Conservation Service in Portland, said April is normally when snowmelt occurs, but what struck him was how quickly it unfolded this year.

Dozens of sites monitored by the NRCS lost 2-5 times more snow than usual for the month, Oviatt said. Three sites experienced record melt-off, including Hogg Pass and Irish Taylor in the central Oregon Cascades, and Annie Springs near the entrance to Crater Lake National Park.

“This year, we didn’t really have rain-on-snow or any additional snow accumulations,” Oviatt said. “Most basins across the state struggled to reach normal conditions, with the exception being the northern Blue Mountains” in the northeastern corner of the state.

Monthly precipitation for April was also down across all basins in Oregon, at 49% of average statewide. According to the U.S. Drought Monitor, 96% of Oregon is in some stage of drought, with 6% entering “extreme” drought in the southwest and north-central parts of the state.

Kyle Gorman, region manager for the Oregon Water Resources Department in Bend, said he was surprised by how little water runoff the area received. In-stream water supplies will be “woefully short,” he said, and reservoirs will likely be much lower than usual heading into the fall.

“Back in January, we had good precipitation and were on the march toward at least being average,” Gorman said. “After that, the lack of precipitation and rapid snowmelt have put us the situation of having abnormally dry conditions.”

This year could be comparable to some of the driest years on record for the region, Gorman added.

The combination of heat and drought is a brutal 1-2 punch for irrigation districts like North Unit, which will be forced to cut back allocations and leave 25-30% of farmland fallow.

Wickiup is the second-largest reservoir in Oregon, capable of holding up to 200,000 acre-feet of water. It had only 121,687 acre-feet by the end of April, which Britton said might be due to more snow runoff being absorbed into unusually dry soils throughout the basin.

“Being so dry, it’s not making it into the river and tributary systems like it typically might,” Britton said.

That is less than last year’s allotment of 1.5 acre-feet along the Deschutes and 0.75 acre-feet along the Crooked. Britton said farms will likely choose to leave more land fallow that would otherwise be used to grow alfalfa hay and forage. Water instead will go toward growing higher-value crops such as grass seed and carrot seed.

“A lot of it is commodity-driven,” Britton said. “It’s just a matter of where you’re at and what you grow. If you’re well diversified, you can do a little better. But if everything you have is in alfalfa or forage crops, you kind of take a hit.”

In southeast Oregon, the Owyhee Basin also experienced a rapid decline of snowpack in April from 97% of normal to 23%.

Jay Chamberlin, Owyhee Irrigation District manager, said stream flows are averaging around 40% of average. Similar to Central Oregon, runoff from snowpack in the 250-square-mile basin soaked into dry soils before it could make it into Owyhee Reservoir.

The district serves about 2,500 growers and 120,000 irrigated acres, growing an array of signature crops from onions to sugar beets. It takes about 500,000 acre-feet of water to satisfy irrigation demands, Chamberlin said. He expects they will have enough water this year, thanks to carryover in the reservoir.

However, he said the district could find itself in a bind next year, depending on weather.

“We’re going to lose our reserves. It’s a little like losing your savings account. It makes your decision-making a little more difficult,” Chamberlin said. “For us, you always want some reserves that can help you through.”