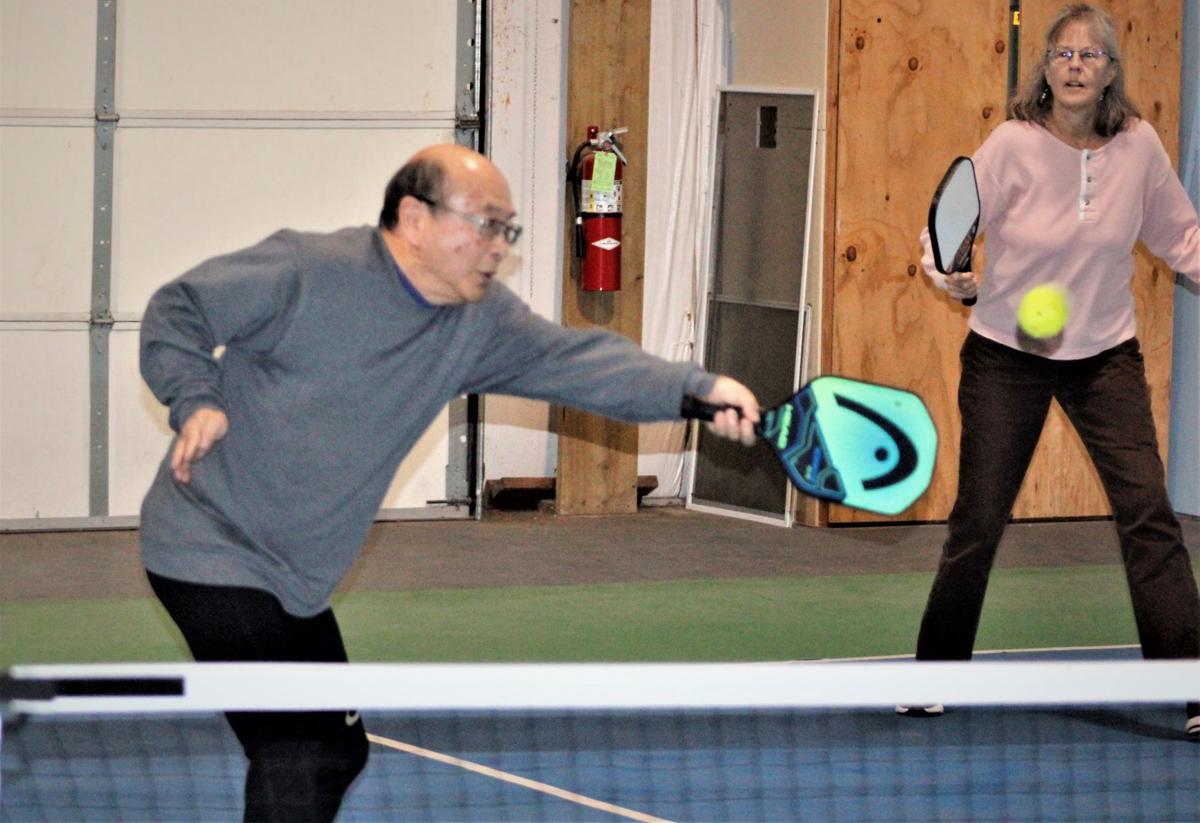 Stan Hiromoto, 69, hits the ball during a recent pickleball match at the Redmond Gymnastics Academy. The gym is becoming popular with players of the fast-growing sport. (Geoff Folsom/Spokesman photo) 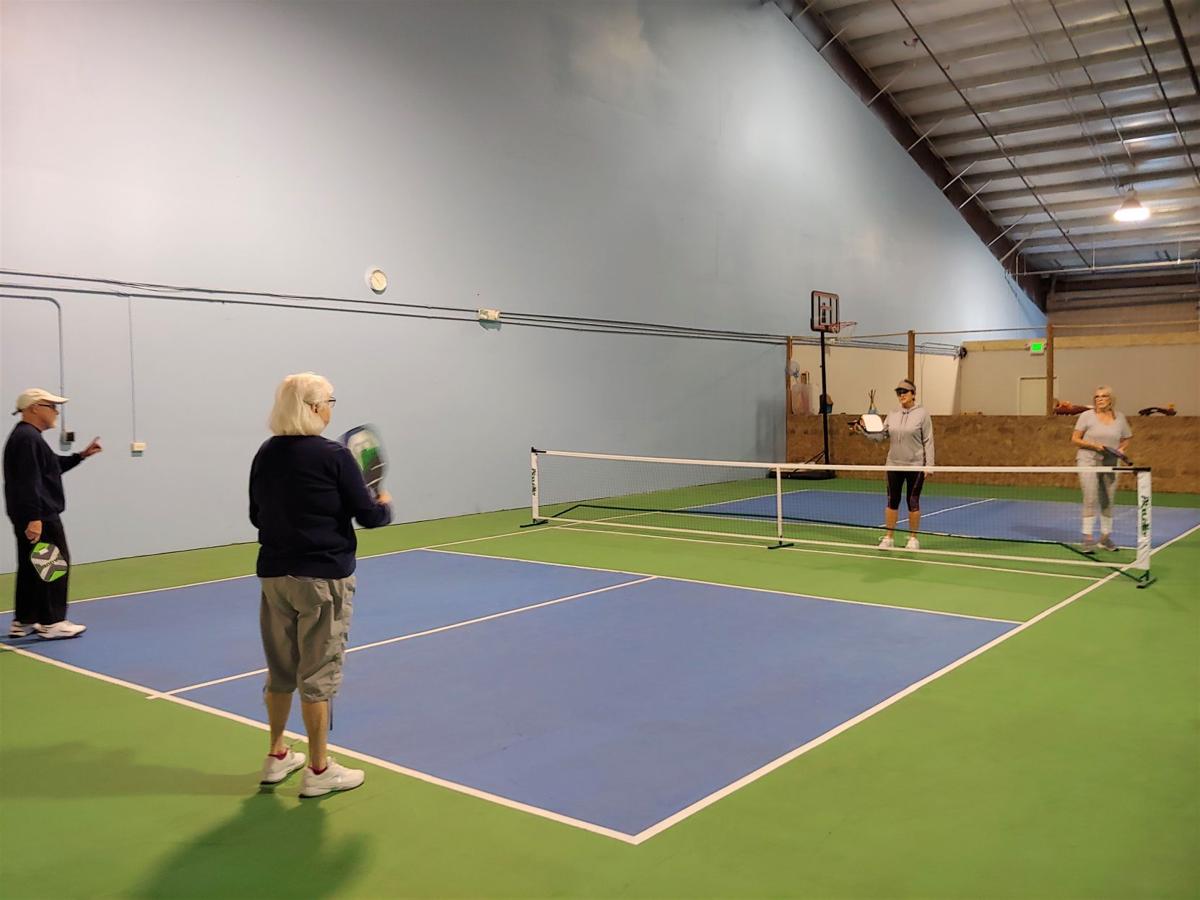 The Redmond Gymnastics Academy could add a second pickleball court if the sport picks up there. (Geoff Folsom/Spokesman photo) 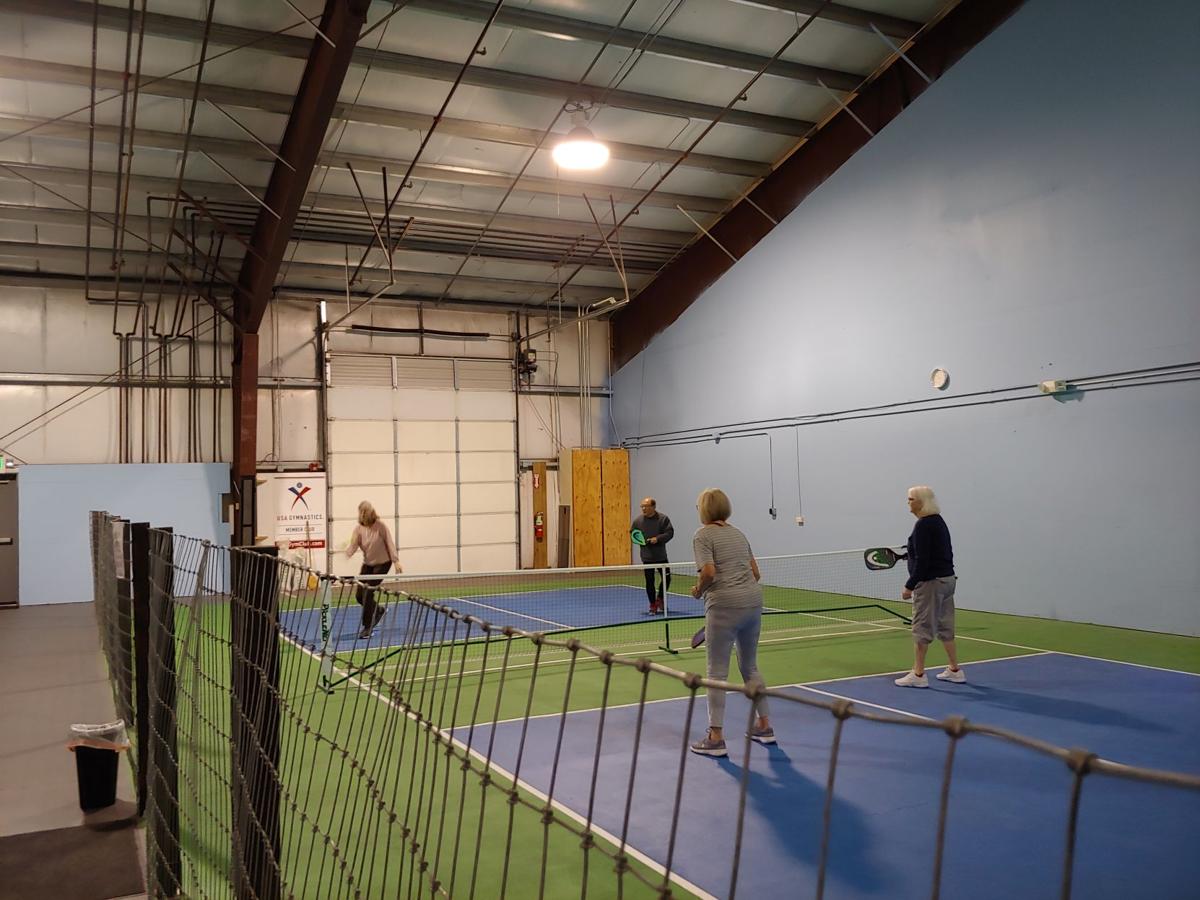 Stan Hiromoto, 69, hits the ball during a recent pickleball match at the Redmond Gymnastics Academy. The gym is becoming popular with players of the fast-growing sport. (Geoff Folsom/Spokesman photo)

The Redmond Gymnastics Academy could add a second pickleball court if the sport picks up there. (Geoff Folsom/Spokesman photo)

While pickleball is a fast- growing sport in Central Oregon, you wouldn’t expect to find people playing in Redmond on a morning with temperatures in the low 20s.

But with the indoor court at the Redmond Gymnastics Academy, people can play the racket sport any time. Husband and wife gym owners Raytcho Gospodinov and Jamie Putney put in the pickleball court about two years ago to allow parents and grandparents of gymnastics participants to have something to do.

“We’re trying to provide something to do, not just for kids, but for adults being physically fit and active,” Gospodinov said.

The gym even has a supervisor watching the kids as they play in a different part of the 18,000 square foot building from the adults. It was slow getting the word out at first.

“We did build it, but it was kind of like the Field of Dreams — nobody came,” Putney said. “Then, we met Tim.”

Tim Miller, an Eagle Crest-based volunteer ambassador for the U.S. Pickleball Association, had been teaching indoor pickleball at the Redmond Senior Center. The makeshift court he was using was about half the size of a regulation court.

“It really wasn’t meant for competitive pickleball, but to teach them to follow through and introduce them to pickleball,” Miller said of the senior center.

Miller, 79, was surprised when some of his students at the senior center came back and told him they’d been playing on the nearly regulation court at the gymnastics academy. Now, he is looking to spread the word about the indoor court, which is open all year (a nearby garage door allows for cooling in the summer).

Redmond opened eight pickleball courts in 2016 in Sam Johnson Park. But options in the cold weather have previously been limited to playing at St. Thomas Academy on temporarily taped courts, which are unavailable during school.

“Redmond is very proactive putting the courts in,” Miller said. “In the summer, it is very active, but even in the summer, it gets very windy in the afternoon. But when it gets snowy and rainy, nobody comes.”

Arizona has beefed up lines, reshaped roster under Kevin Sumlin; will wins follow?

Daily COVID-19 testing was supposed to protect Big Ten football from outbreaks. So what happened at Wisconsin?

Stan Hiromoto, 69, was one of Miller’s senior center students who first found the indoor court. He’s part of a group that comes out weekly to play at the gymnastics academy.

“We like it, the one at the senior center is a lot smaller,” Hiromoto said. “This protects us in the winter, in the snow. At Sam Johnson Park, you are out in the open.”

“I just want to see new people get involved in pickleball,” he said. “There are not a lot of fun, competitive sports that a mom, dad, kids and grandkids can play at one time.”

The public can play pickleball at the gymnastics academy. Up to eight people can play for two hours for $30.

Though only four players are on the court at a time, they have ping pong and foosball tables courtside for when people are waiting to play.

At least they do for now.