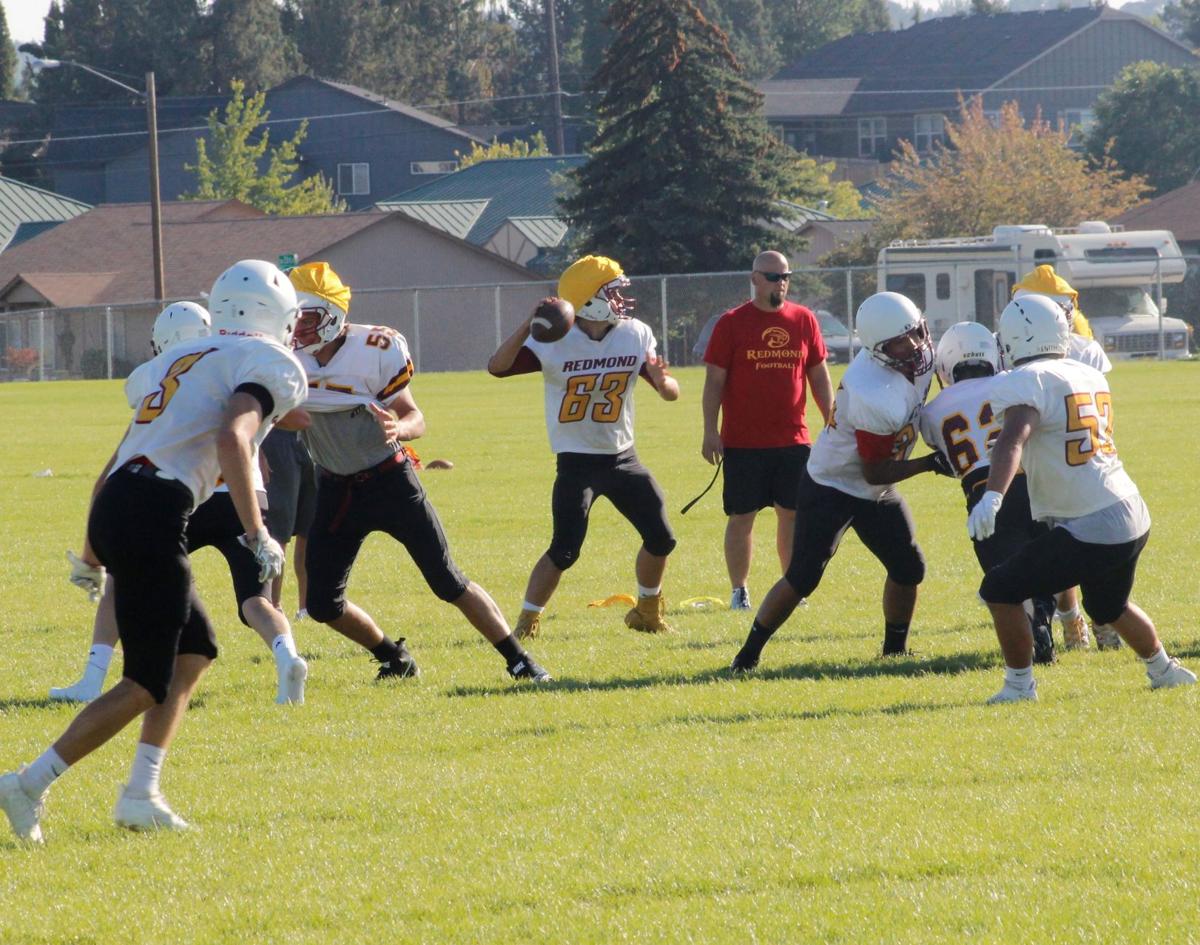 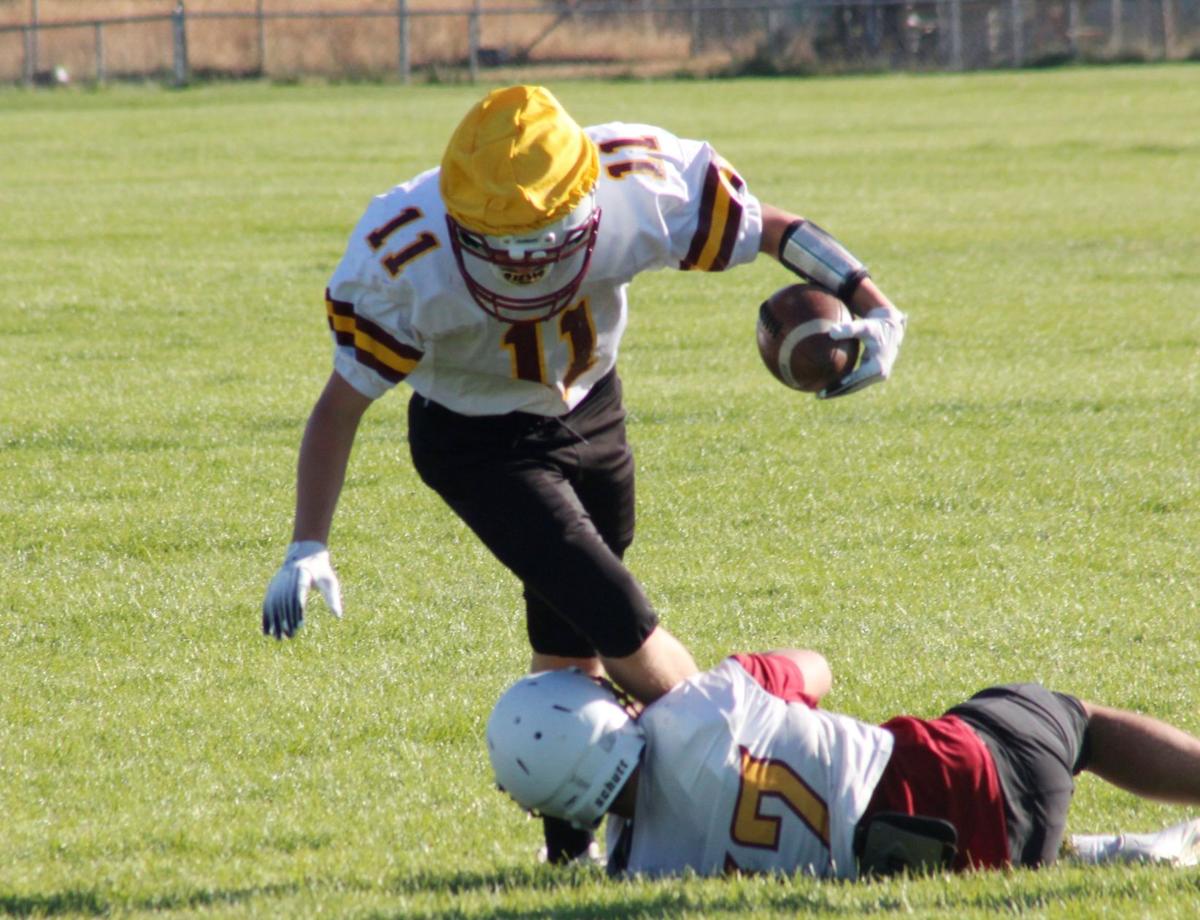 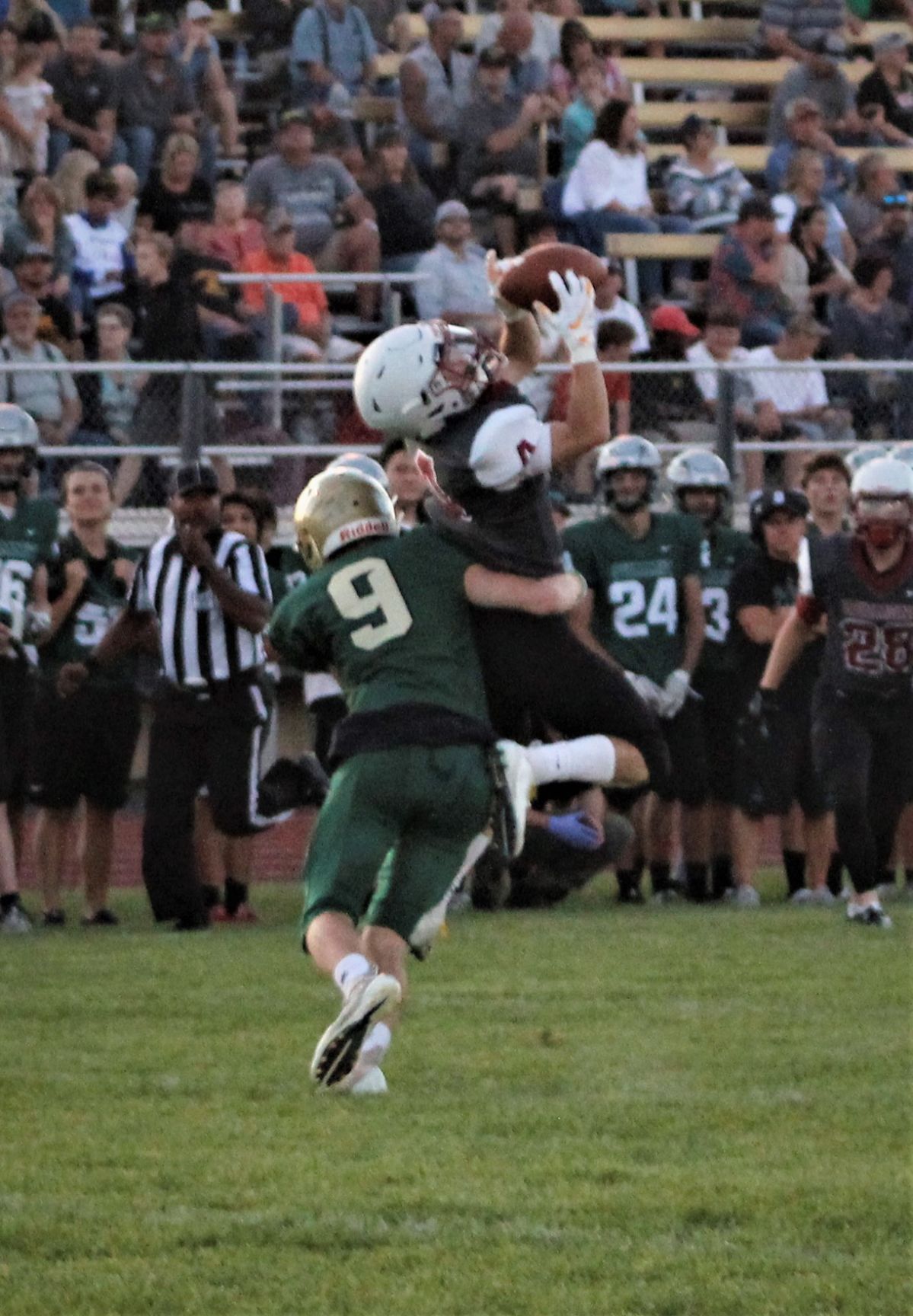 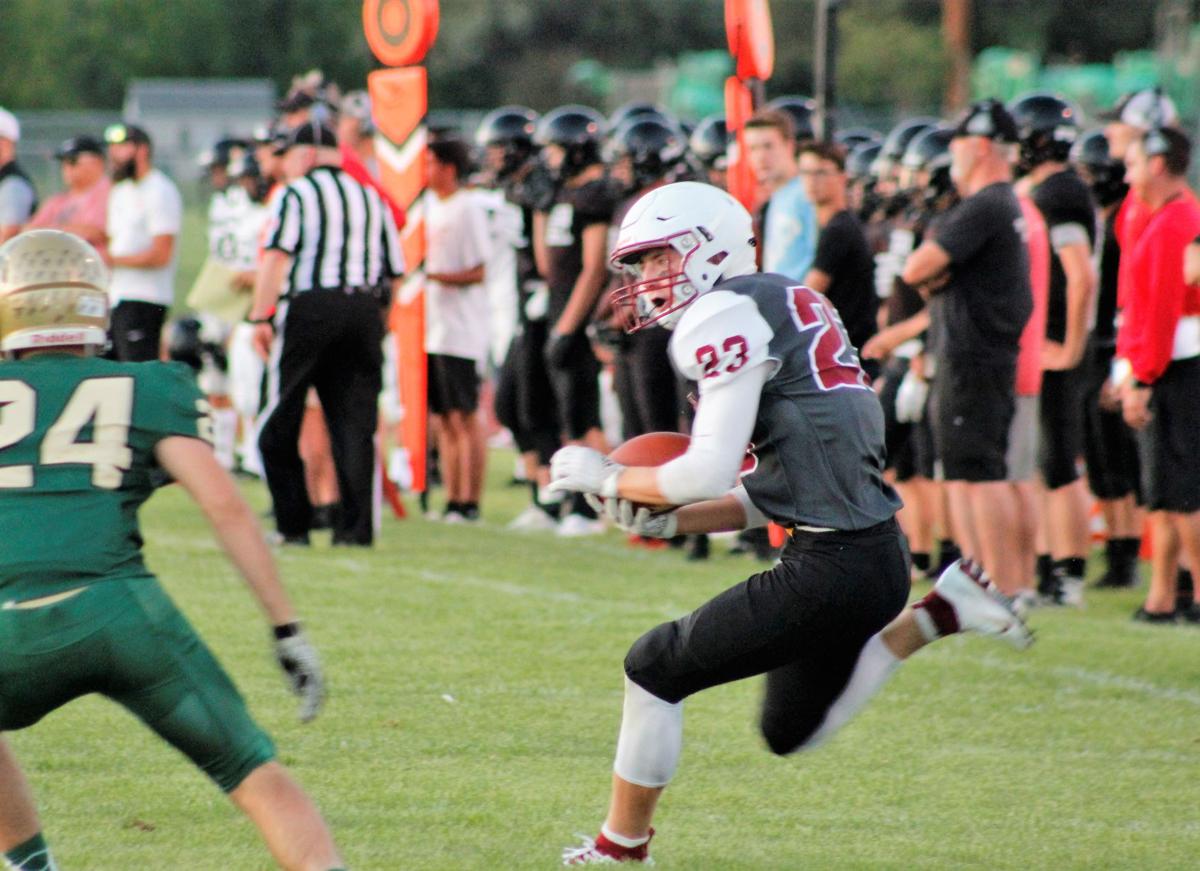 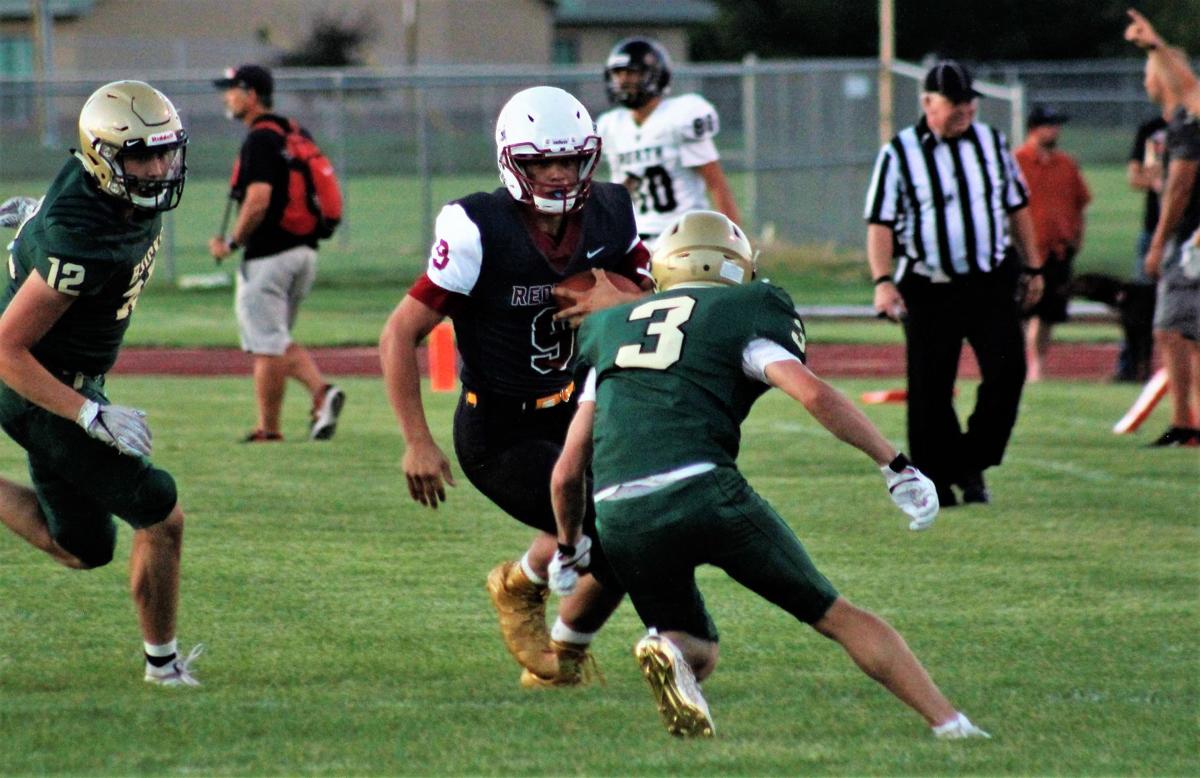 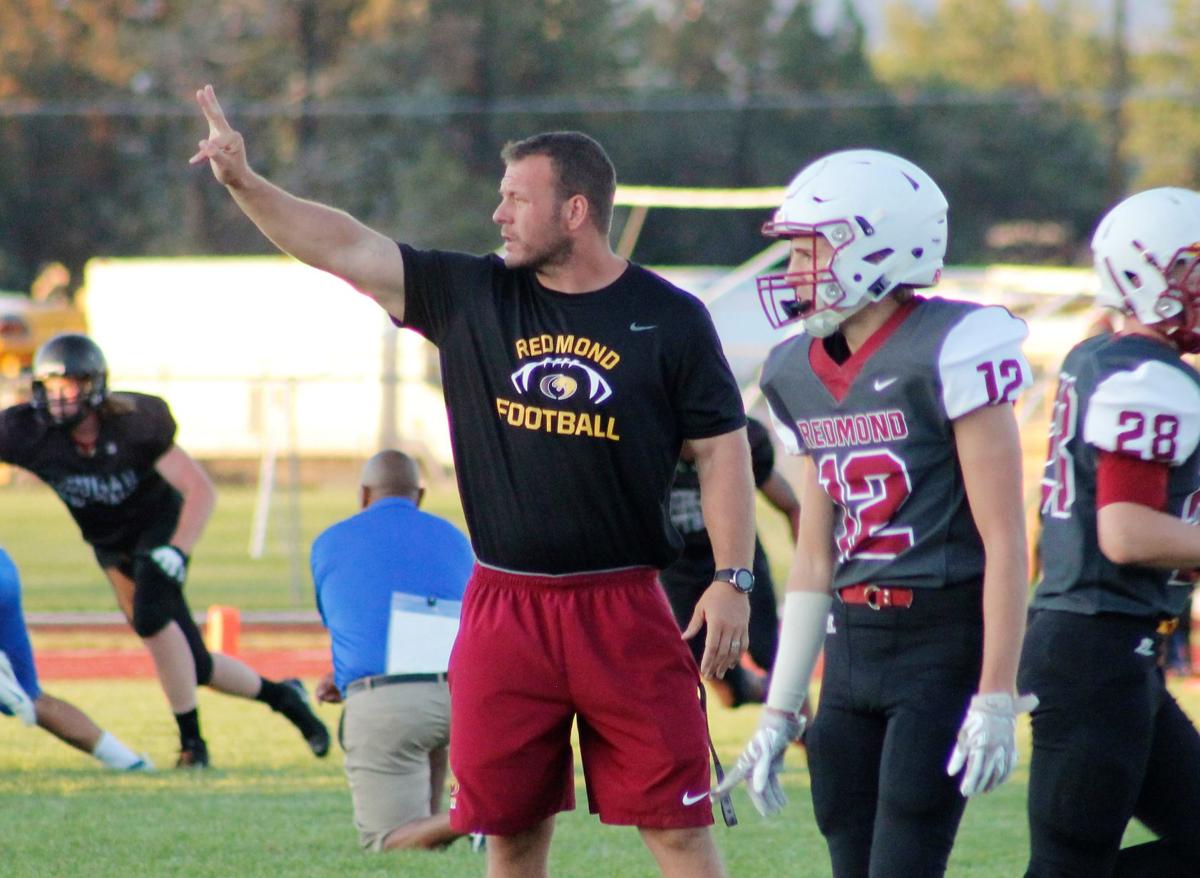 New Redmond High coach Seth Womack signals during the jamboree game. “There have been a lot of ups and, yes, there have been some downs, but we’ve battled through that,” he says. “We’re pretty excited about where we’re at.” 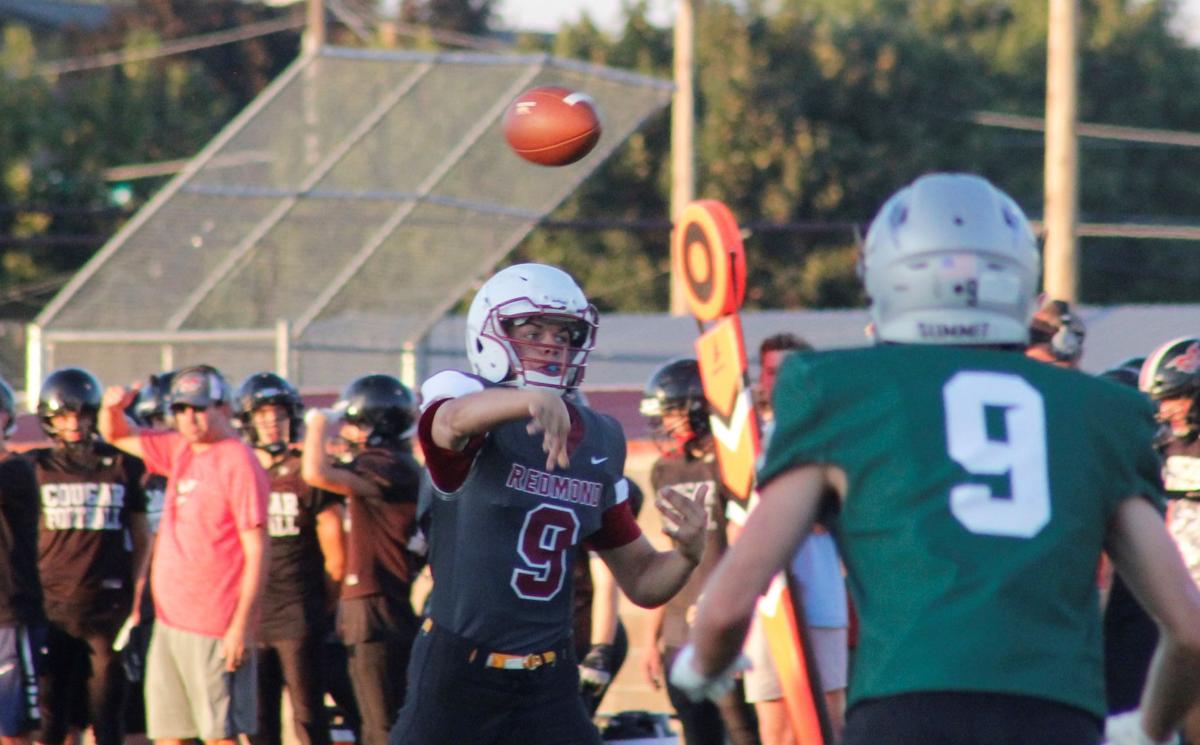 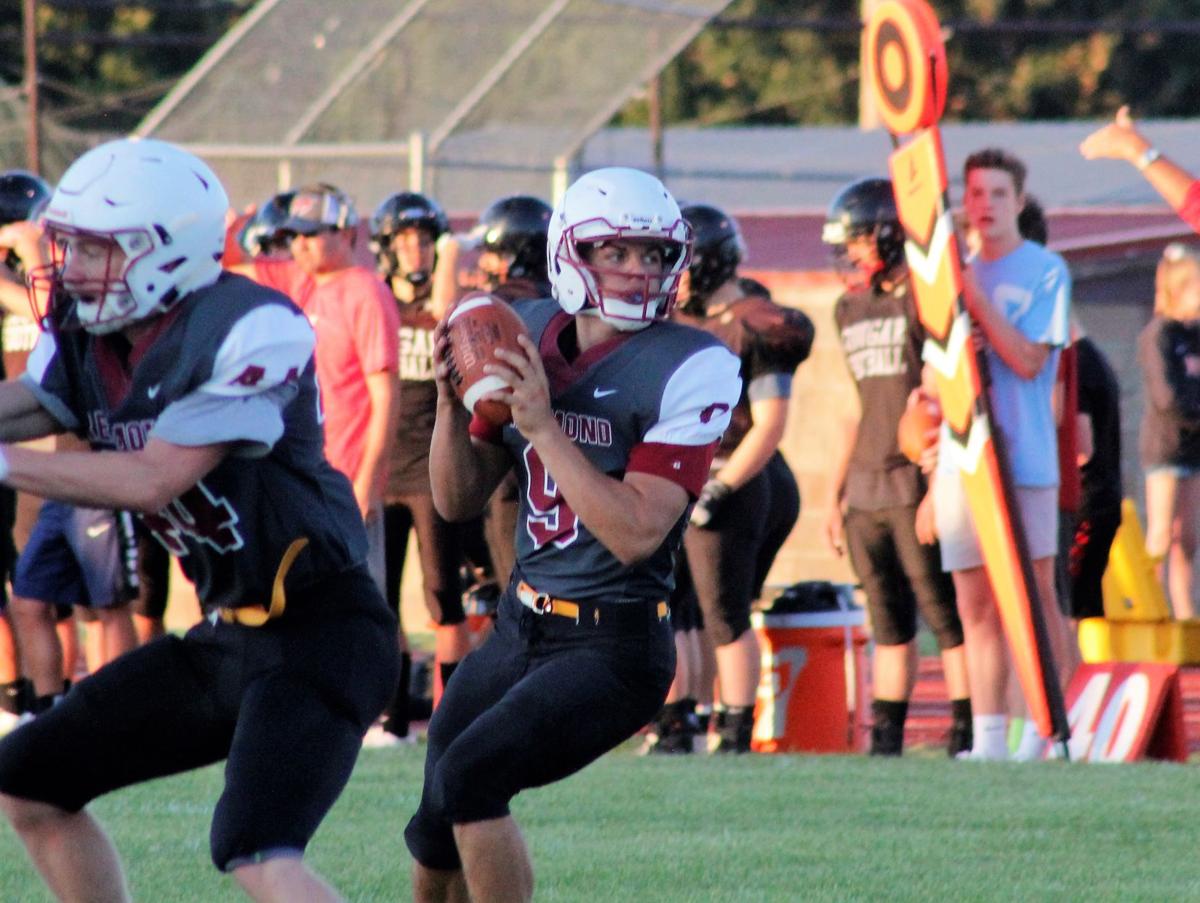 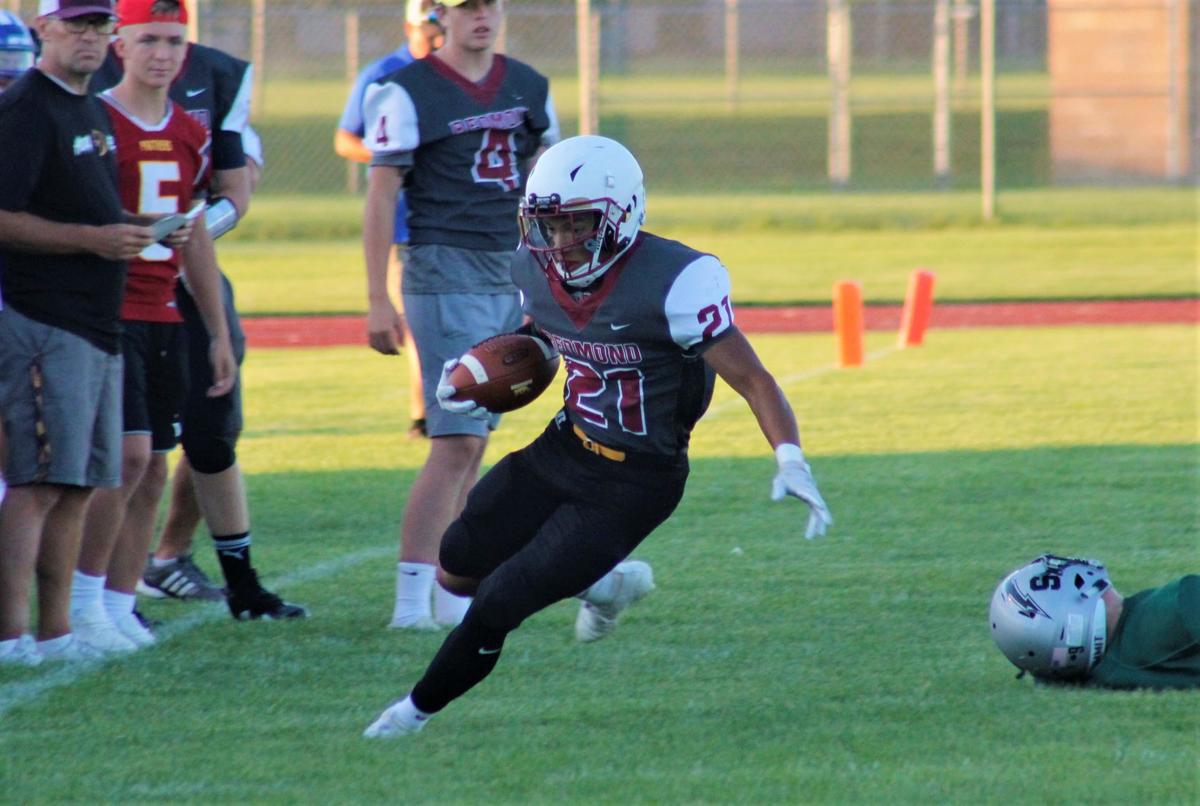 New Redmond High coach Seth Womack signals during the jamboree game. “There have been a lot of ups and, yes, there have been some downs, but we’ve battled through that,” he says. “We’re pretty excited about where we’re at.”

The Redmond High football team has been through a crash course, with six weeks between the time new head coach Seth Womack took over and the Panthers regular season opener Friday at St. Helens.

“We’re taking it one day at a time, we’re slowly installing what we have,” Womack said during an Aug. 27 practice. “There have been a lot of ups and, yes, there have been some downs, but we’ve battled through that. We’re pretty excited about where we’re at.”

Womack estimates he has implemented about 55-60 percent of the system he ran at Eagle Point, where he coached for six seasons. But he said the system is similar to what former Redmond coach Brent Wasche ran in one season before taking a job in Port Angeles, Washington, over the summer.

“We’re not making any wholesale changes,” Womack said. “Offensively, we’re definitely going to open it up a little bit more.”

The team’s seniors say they are adjusting well to the fourth Panthers head coach Redmond in as many years.

“I think this is the most confident I’ve felt of the four different coaches,” said Jack McKenzie, a third-team all-league and second-team all North division choice at tight end, who will also play middle linebacker. “He wants to reward the seniors because of all the effort we’ve put in. He works well with the Redmond vibe.”

The Redmond vibe means a close-knit team that can joke around but also focus to get things done, McKenzie said.

On defense, the Panthers will keep a four-man front, “but we’re eliminating a lot of the terminology and simplifying a lot of things on defense,” Womack said.

The largest adjustment for Womack has been getting to know the players and their strengths and weaknesses, he said.

“Everything works on paper, but we’ve got to figure out what fits our kids and their skillset,” he said.

The Panthers went 2-7 in 2018 in their first season in the new Class 5A Special District 2 format. That included a 40-8 loss against Womack’s Eagle Point team, which went 6-3, narrowly missing the playoffs. Womack is scheduled to return to Eagle Point as the opposing coach in Redmond’s second game on Sept. 13.

Junior Austin Carter was leading the competition to be the starting quarterback going into an Aug. 30 jamboree the Panthers hosted, Womack said. Even if sophomore Hayden Parrish, who has been splitting time with Carter, doesn’t start behind center, Womack said to look out for him at linebacker and possibly on offense.

“He’s going to make us put him on the field somewhere,” Womack said of Parrish, whose brother Bunker quarterbacked the Panthers when they last reached the playoffs in 2016. “He’s been great to coach.”

Other top returnees include running back/linebacker Colt Folston and receiver/defensive back Cooper Browning, who started the 2018 season at quarterback before suffering an injury.

“A guy any coach would love to have,” Womack said of Browning.

The players are adjusting well to Womack, who brings back much of Wasche’s coaching staff.

“We’ve done it the last four years, so it’s nothing new for us, we’re used to getting new coaches,” Folston said. “We’ve kind of learned to trust it and continue to work hard.”

After leading in the fourth quarter during three of their seven losses last season, the Panthers hope to turn their luck around.

“We’re capable, just like any other team — it’s just a question of how we come out on Friday nights,” Folston said. “We have a lot of potential, we’re hoping to make a good run in the playoffs.”

Also back is Henry Chambers, who made third-team all-league and second team all-division at defensive back with 42 tackles and two interceptions in 2018, while also leading the Panthers with 229 receiving yards.

While the Panthers’ seniors, some of whom were part of a team that reached the Class 5A quarterfinals as freshmen, would like one more playoff run, Womack said he’s focused on St. Helens.

McKenzie played on kickoff team in the 2016 playoffs as a freshman. After playing on teams that got a combined three wins the next two seasons, he isn’t hiding his desire to get back.

“You know it would be cool to see what it’s like as a freshman and finally get there as a senior,” he said.

Womack has coached in many places since graduating from Westminster College in Fulton, Missouri. Among his stops was a year coaching the Braunschweig Lions in Germany for a season. He said the team included former NFL and Division I college players, alongside guys who didn’t speak English very well.

After years coaching high school, college and international teams, Womack moved to Oregon to coach Eagle Point, where he had a 23-33 record in six seasons in a tough league. After resigning there, he jumped at the chance to coach the Panthers, where he has known former coaches Wasche and Nathan Stanley. The latter led the Panthers to back-to-back quarterfinal appearance in 2015 and 2016.

“It’s nice to have family around, but, really, it’s just what Redmond has in place here,” Womack said. “I know that Redmond is always producing top kids and kids that love football.”