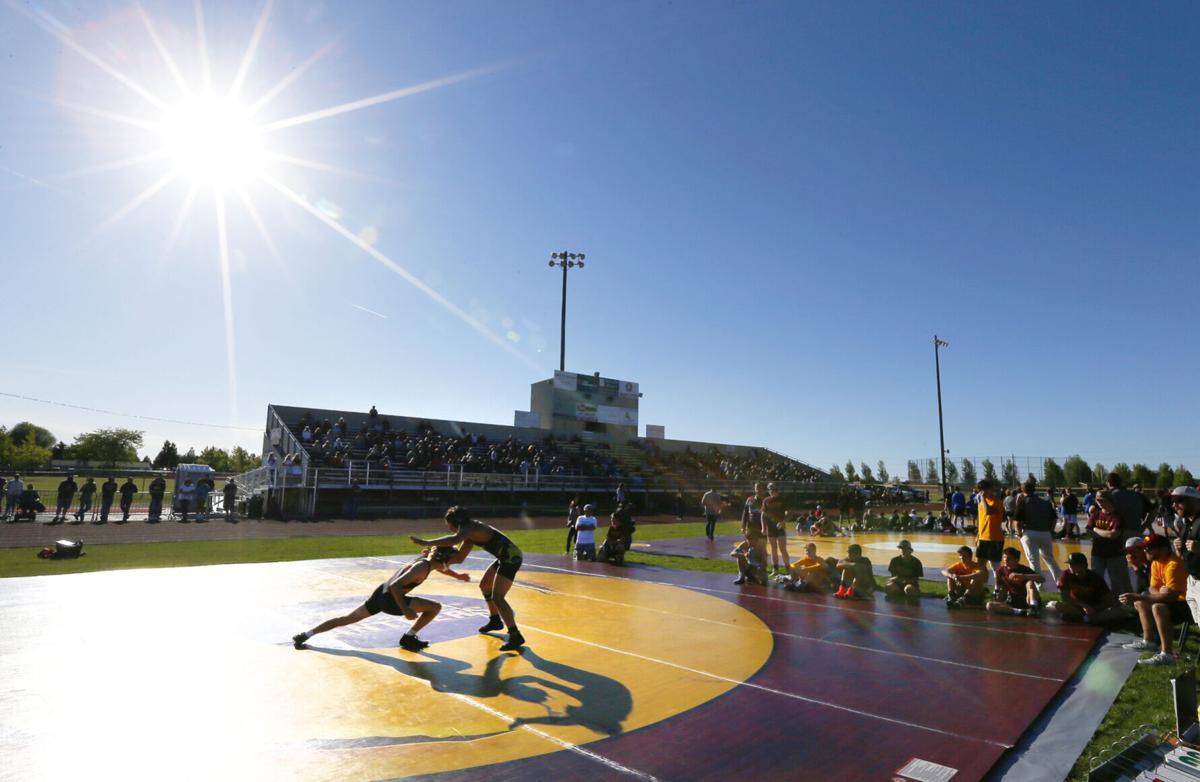 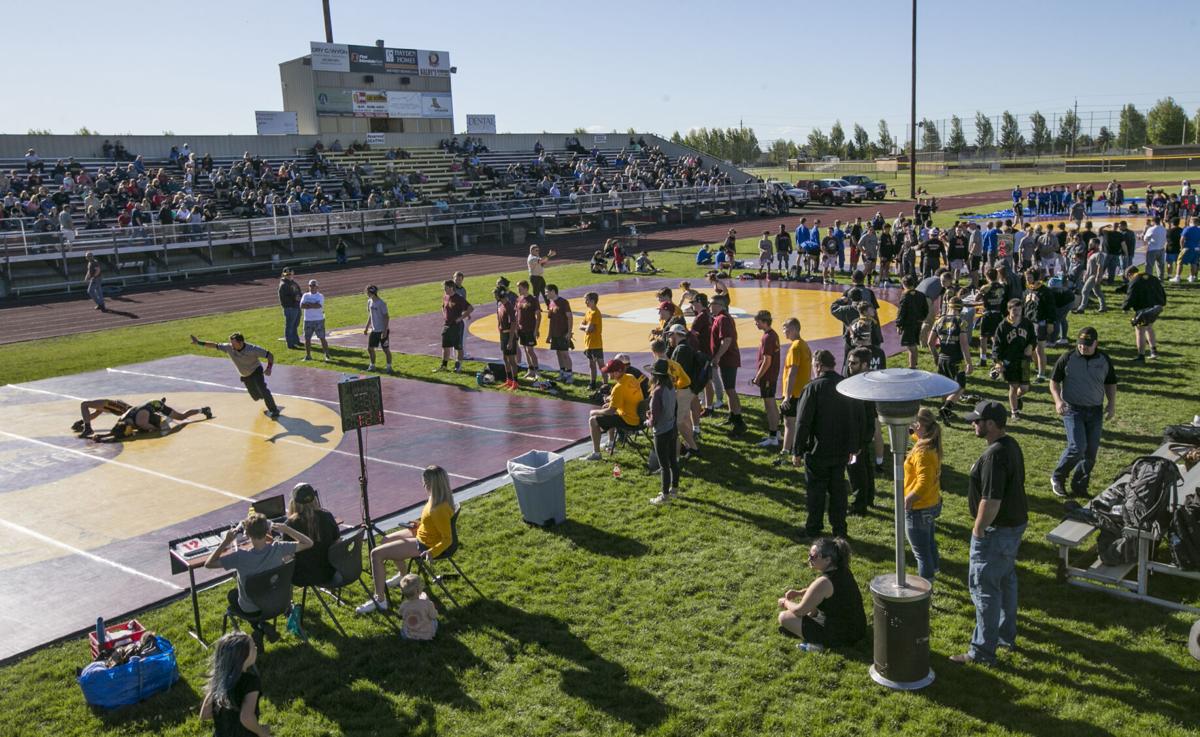 Wrestlers compete during an outdoor meet at Redmond High School on Friday night. 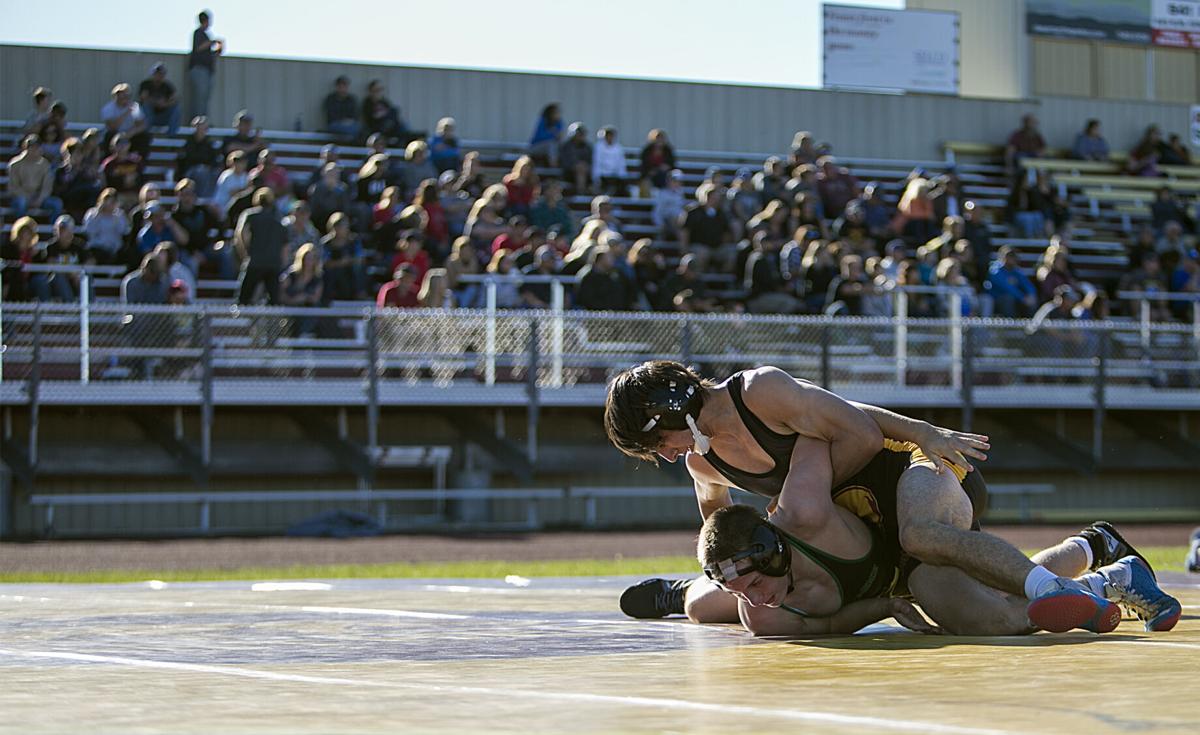 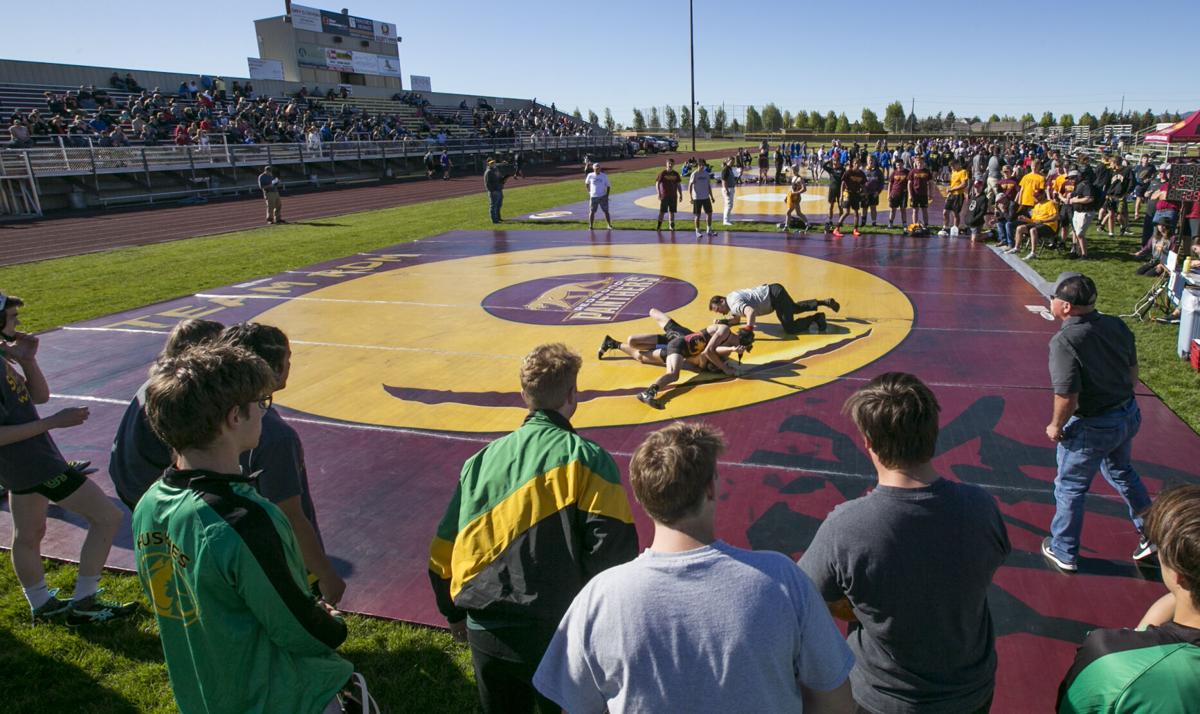 Redmond High School faces off against Sweet Home High School during an outdoor meet on the Redmond’s football field on Friday night. 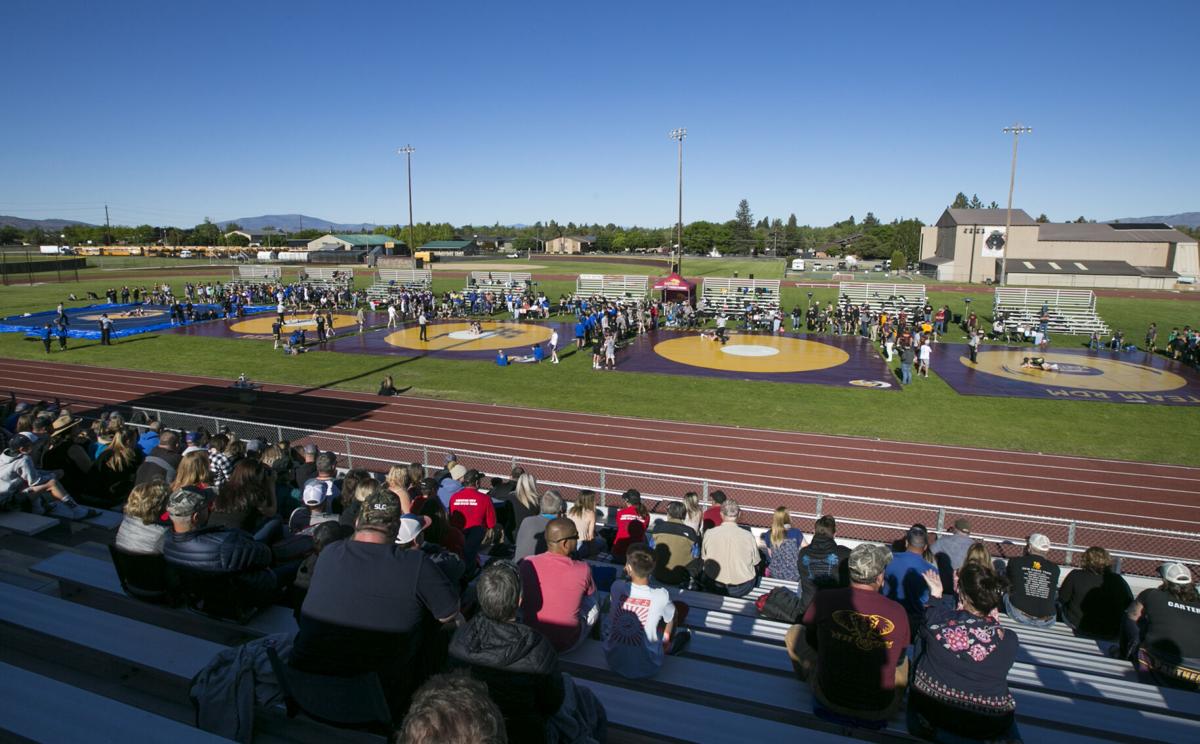 Spectators watch from the stands as wrestlers compete during an outdoor meet on the Redmond High School football field on Friday night.

Wrestlers compete during an outdoor meet at Redmond High School on Friday night.

Redmond High School faces off against Sweet Home High School during an outdoor meet on the Redmond’s football field on Friday night.

Spectators watch from the stands as wrestlers compete during an outdoor meet on the Redmond High School football field on Friday night.

REDMOND — Perhaps COVID-19 pushing the high school wrestling season from the winter into the late spring was not the worst thing in the world. It at least came with one benefit.

On a cloudless May evening Friday, with temperatures in the low 70s and a slight breeze, five wrestling mats were spread across the Redmond High School football field while eight wrestling teams grappled in a one-day, dual meet tournament aptly called “Friday Night Lights.”

For years, Redmond coach Kris Davis had envisioned hosting a outdoor wrestling event during the summer. But when the COVD-19 pandemic pushed the sport traditionally played when the temperatures are closer to freezing into late spring, wrestling outdoors and under stadium lights became a reality.

It became evident after the first of three matches Friday night, that dream of having an outdoor wrestling event was starting to come true for Davis.

“With COVID pushing into the spring it kinda manifested itself and so I developed a plan to put this together with my administration and asked for their blessing and it happened,” said Davis. “Some of the best teams reached out and wanted to come out so we are having some really high level wrestling so it is awesome.”

Eight teams made their way to the tournament. Local teams Mountain View, Bend High, Crook County and Ridgeview made the quick trip, while Cascade, Sweet Home and perennial power Newberg made the trek to Central Oregon.

Outdoor wrestling literally was a breath of fresh to the wrestlers, who are known to practice in small, hot and humid rooms and breathing in the stale air that forms when wrestling indoors.

“You don’t get as hot,” said Redmond junior 113-pounder Logan Hill. “You feel a lot more free, you have a lot more air and do not breathe in other people’s air.”

It should come as no surprise that Newberg, the defending Class 6A state champions, won all of its matches, including a 74-0 sweep of Crook County, a perennial wrestling power itself. Newberg also had a resounding 63-9 win over Mountain View, a third place finisher at the 6A state meet in 2020.

Wrestling outdoors has not been uncommon this past school year. Since the pandemic prohibited indoor contact sports until late April, teams had to get creative with how to train for a sport where contact is unavoidable.

Mountain View practiced in sand volleyball courts once outdoor contact sports were allowed, while Crook County ran 400-meter sprints around the track in six inches of snow during the winter.

“We have been having to deal with this, we have been wrestling outside the past couple of weeks,” said Crook County junior 132-pounder Tucker Bonner. “We have had to make it work because that is all that we get.”

“I like it, the mats are a little soft so that trips you a little bit,” said Bonner. “I like the fresh air though.”

Friday was Redmond’s second outdoor wrestling event of the week. The Panthers hosted Pendleton for an outdoor dual meet last Wednesday. But hosting eight teams brought its own stress, especially in a week that brought inconsistent weather patterns to Central Oregon.

“Any time you are running a tournament you want to make sure everything is running the right way,” said Davis. “But all we wanted was to get the kids back on the mat and compete and that is what we got.”