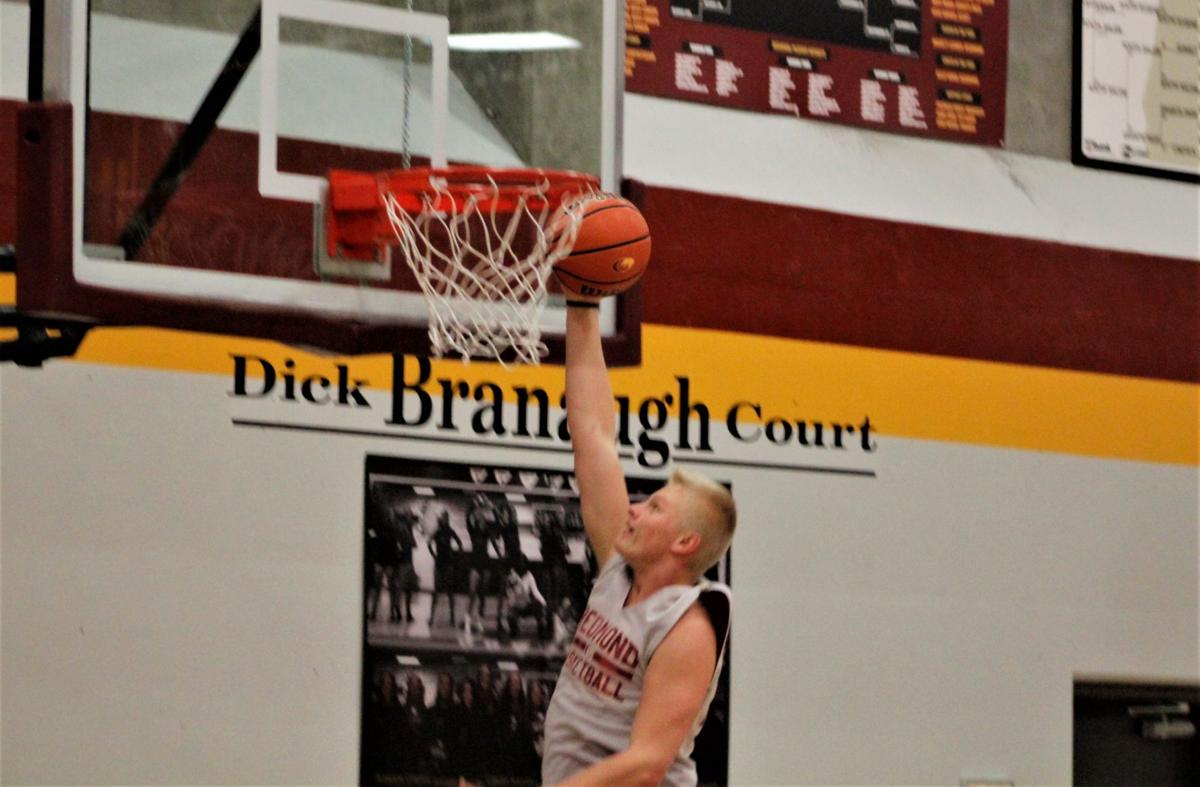 Redmond’s Dylan Moss goes in for a layup during a recent practice. 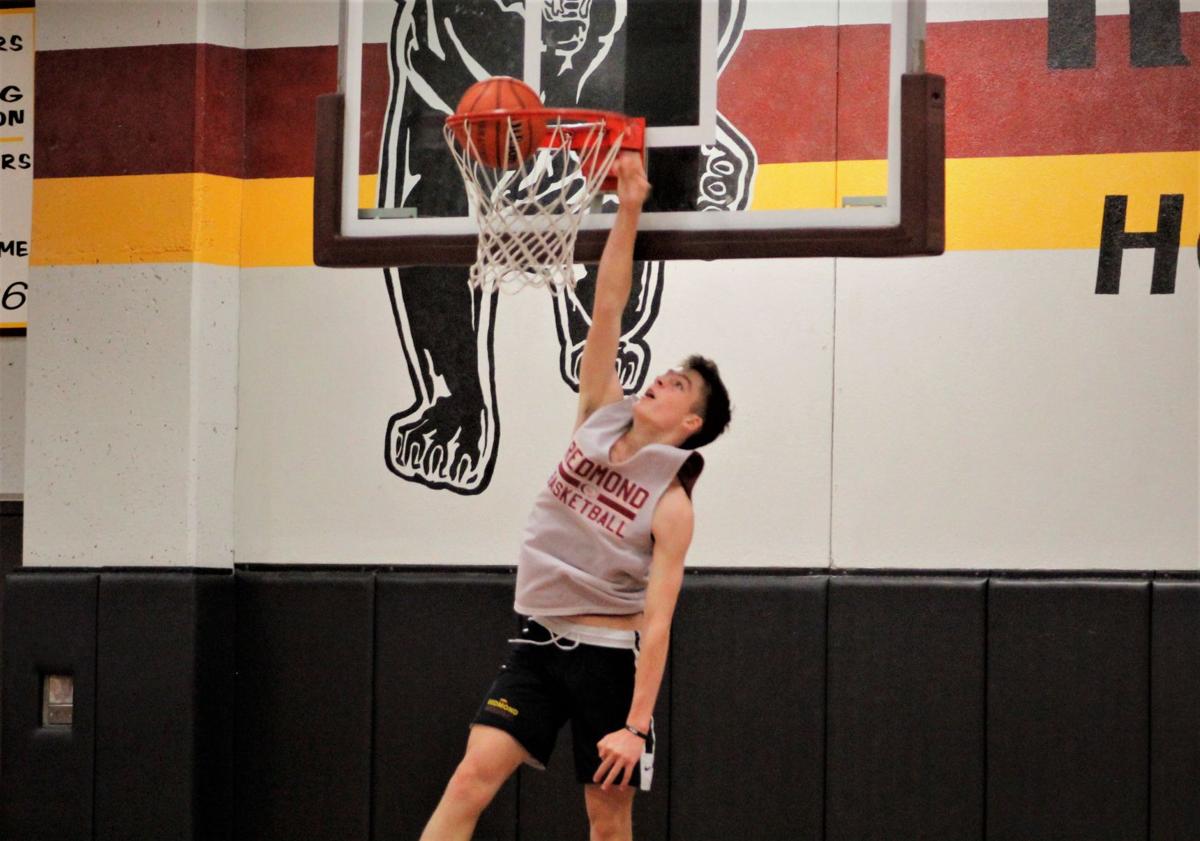 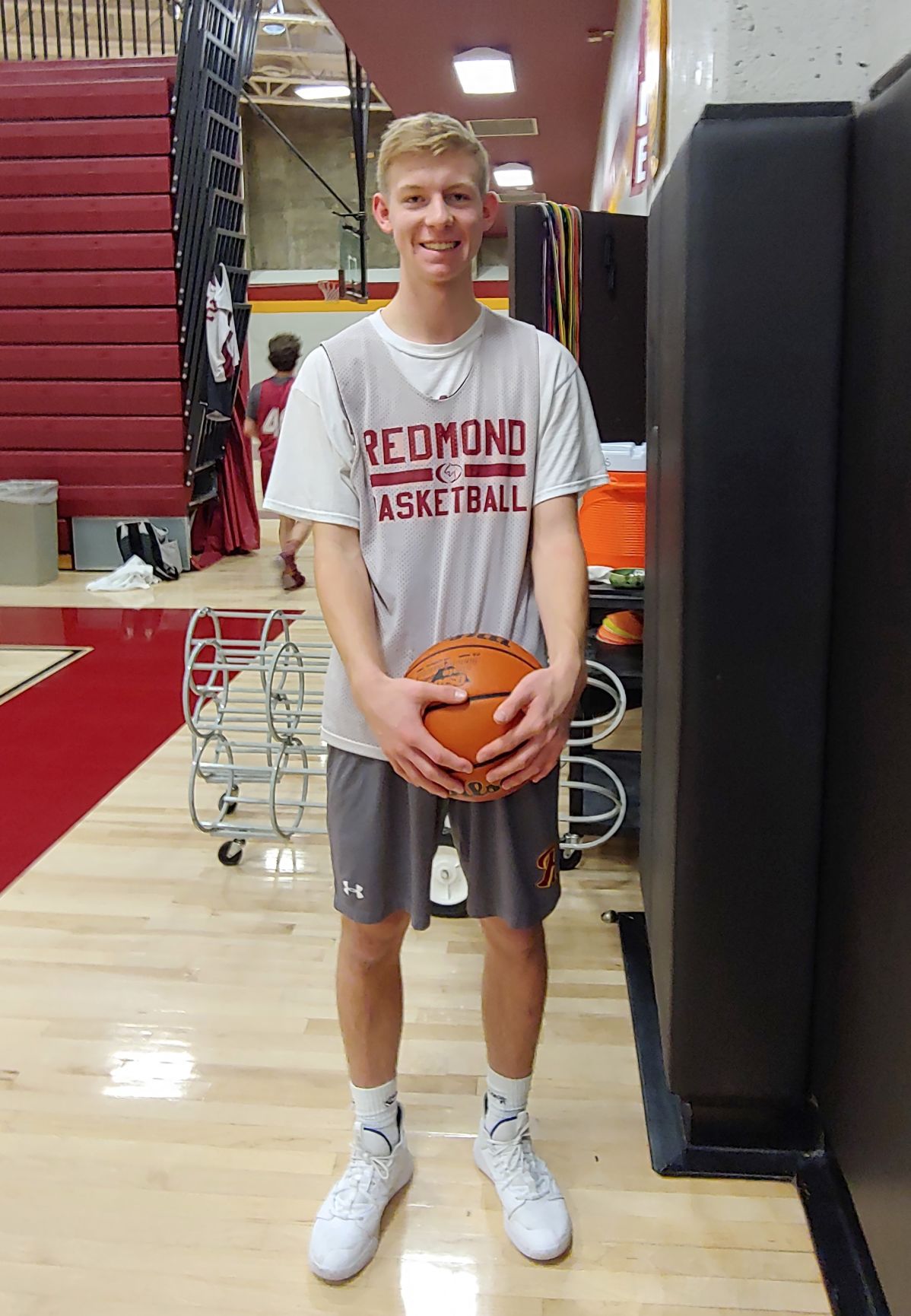 Redmond’s Dylan Moss goes in for a layup during a recent practice.

As our interviews at Redmond High’s gym wrapped up last week, a major snowfall was starting.

You can forgive the Panthers boys basketball team, who are scheduled to open the 2019-20 season at 7:30 Wednesday at Parkrose, if snow is the last thing they want to see.

With a young team, where post Dylan Moss was the only returning player with significant varsity playing time, the Panthers got off to a slow start in the 2018-19 campaign. But with the final games of the season consolidated into a tournament because of earlier weather-related cancellations, Redmond appeared to be in good position to grab one of three playoff spots from the six-team Intermountain Conference. But a historic snowfall canceled a third-place game between Redmond and The Dalles, which would have put Redmond in the postseason field with a victory. Instead, the league based its playoff participants on previous record.

That left Redmond on the outside looking in. But with the entire team back this season, fourth-year coach Reagan Gilbertson said they are looking at it as a two-year season.

“We are trying to pick up right where we left off, because we had some momentum going at the end of the season,” he said.

The Panthers built on that over the summer, traveling to the Hoopfest 3-on-3 tournament in Spokane. Gilbertson said Redmond was a good defensive team last season, and now it is working to have the offense catch up to that.

Gilbertson, a 2000 Redmond graduate, helped the Panthers to three state tournaments in his time at the school. He said the team is now well built to have success on its own.

“They know the Panther way, so we can focus on winning as many games as we can,” he said. “We’re going to focus on what we do, and the results will follow, but we have high expectations for sure.”

The Panthers don’t have to look far to find people who have had success.

At this Nov. 26 practice, Redmond had representatives of the last three Redmond School District boys teams to win state championships on hand. Gilbertson was an assistant coach on Ridgeview’s 2013 Class 4A football title team. Redmond freshman coach Nathan Saito coached the Redmond tennis team to a championship in the spring and Maarty Leunen, who led the Panthers to a basketball title in 2003, brought his children out to watch his former team practice while on break from Italian team Fortitudo Pompea Bologna.

Plus Redmond has players like Moss and Cooper Browning, both seniors, who were key members of the Panthers football team that reached the playoffs this fall for the first time since 2016. Gilbertson said playoff experience is important, even if it was in different sports.

Tom Oates: Packers need to get physical in rematch with 49ers

The players are looking to make up for last season’s missed opportunity, Moss said.

The Panthers play at three early season tournaments — this weekend at Wilsonville, Dec. 13 and 14 at Centennial High in Gresham and their traditional trip to Astoria over the Christmas break. Redmond opens IMC play Jan. 17 at Ridgeview. Four of the five games in the Panthers first round of league play will be away from home, but that means they close with four of five at home.

Haigh said it is important to get off to a good start, which will help Redmond to its goals of making the playoffs and an IMC championship.

“We’re very excited for the season, we’re playing really well right now,” he said. “Since we have everybody coming back, we know each other a lot better and don’t have to start over.”