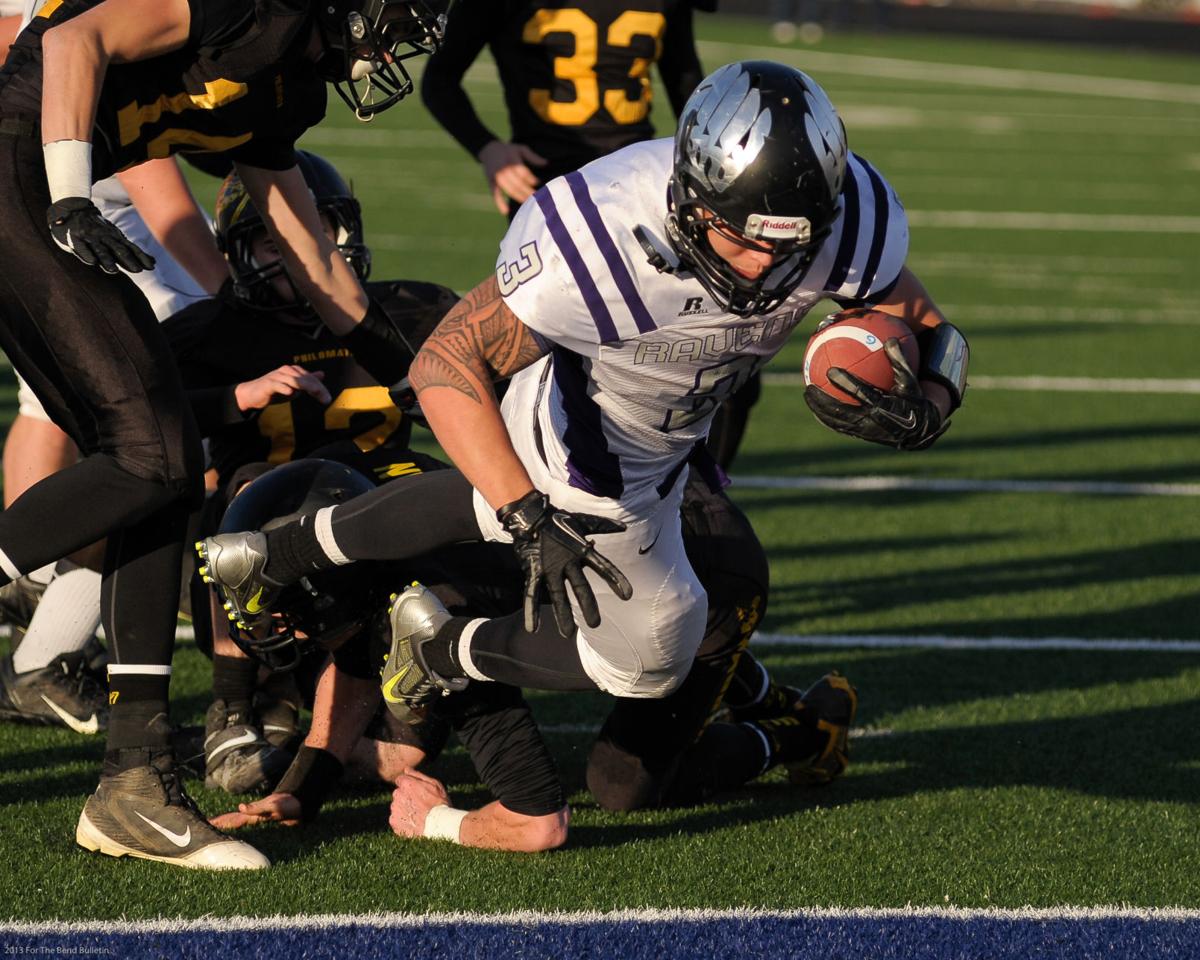 Boomer Fleming, a senior running back for the Ridgeview Ravens, pushes to the goal line and scores a touchdown against the Philomath Warriors in Cottage Grove on Saturday. The Ravens beat the Warriors 49-17 and now have secured a place in the state 4A championship game. (Eugene Johnson/For The Bend Bulletin) 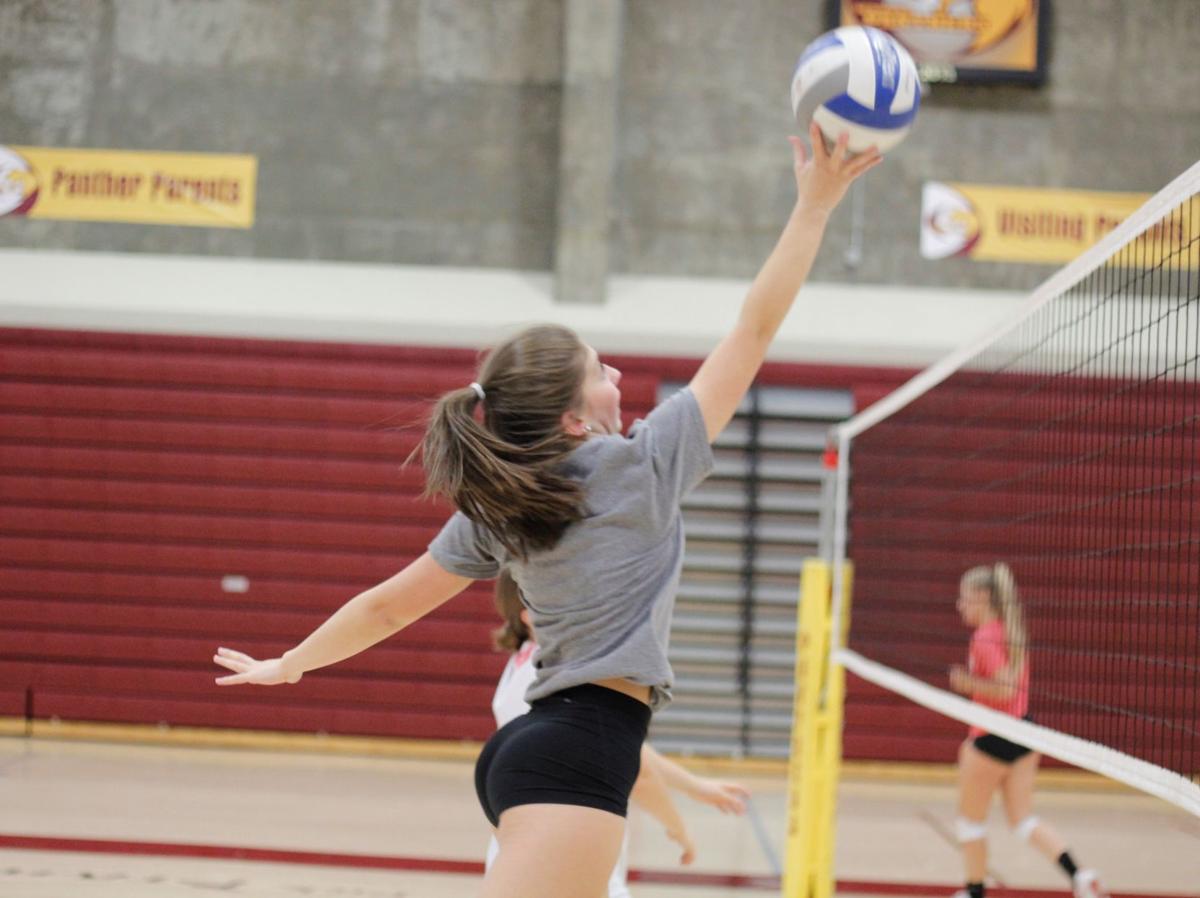 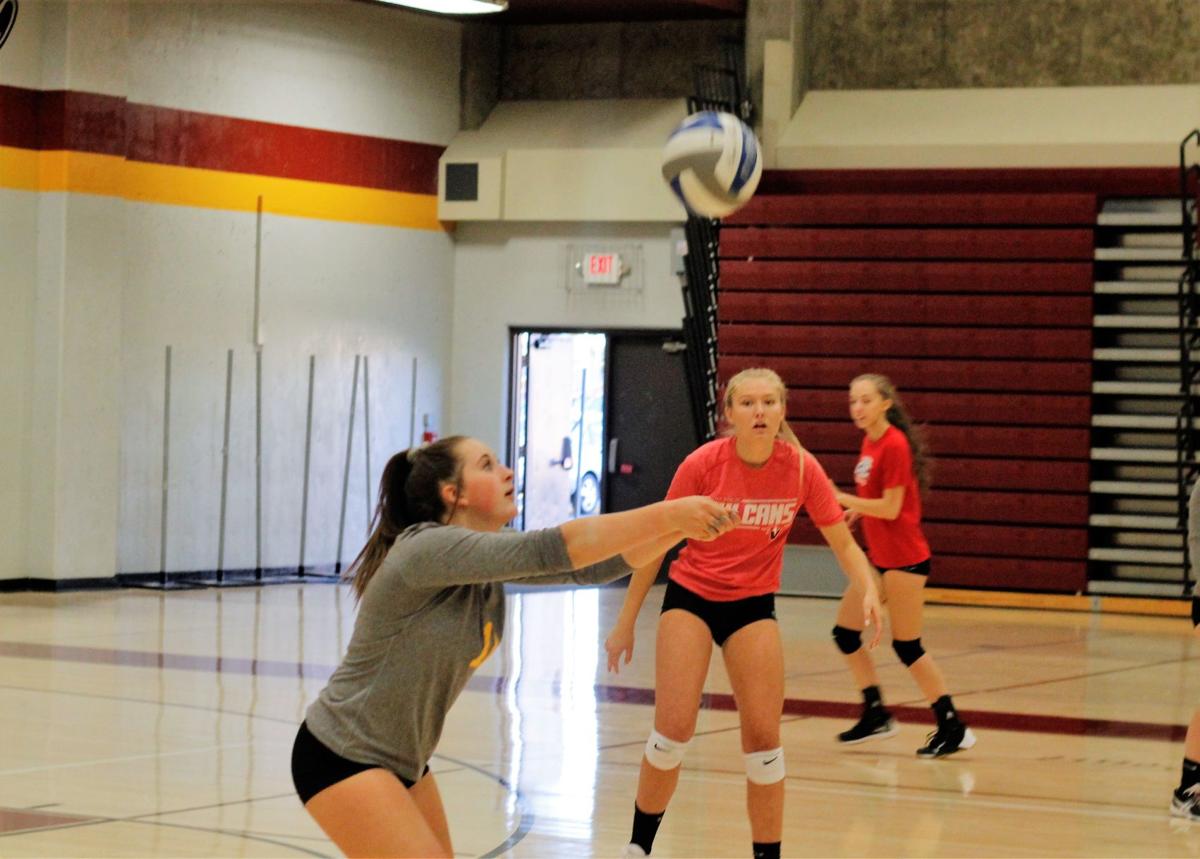 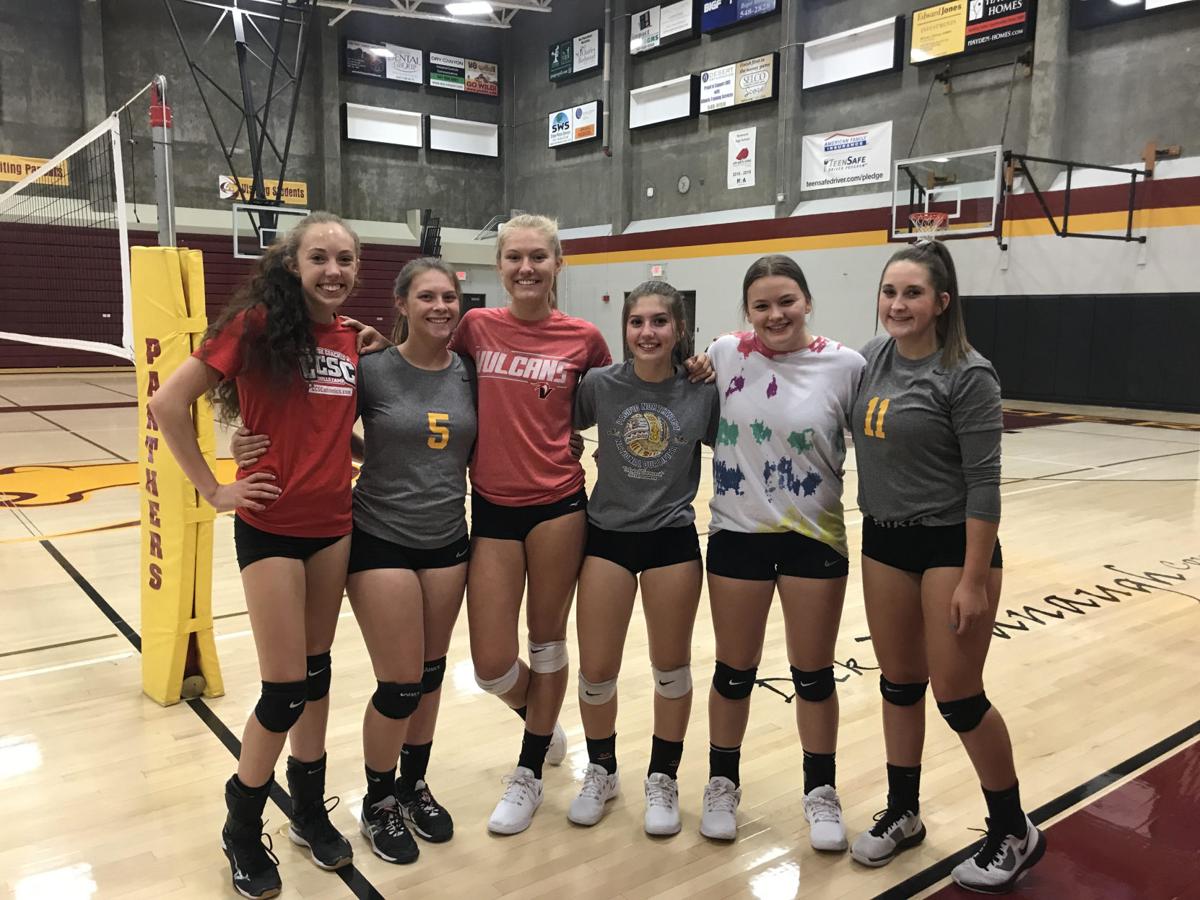 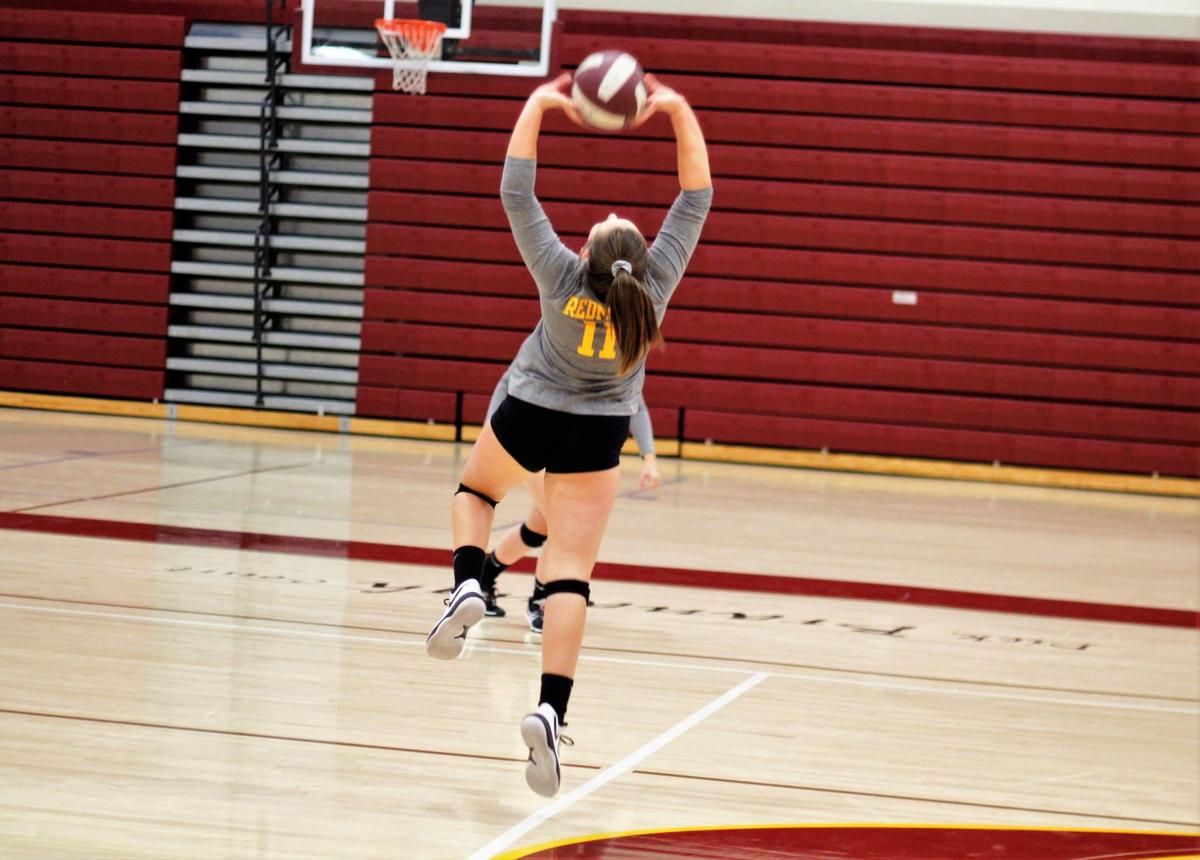 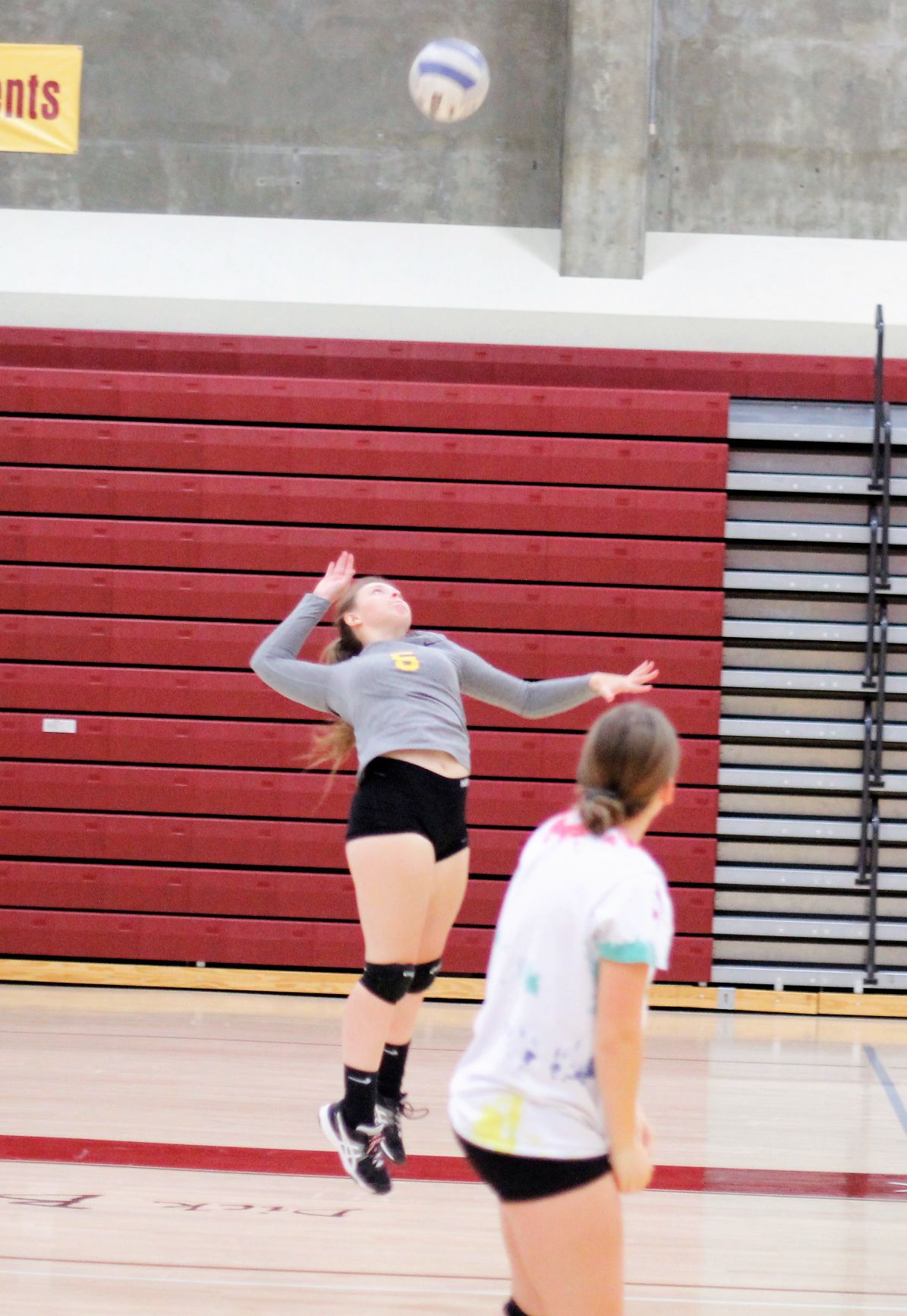 Redmond’s Alexis New prepares to spike the ball during a Sept. 11 practice.

Boomer Fleming, a senior running back for the Ridgeview Ravens, pushes to the goal line and scores a touchdown against the Philomath Warriors in Cottage Grove on Saturday. The Ravens beat the Warriors 49-17 and now have secured a place in the state 4A championship game. (Eugene Johnson/For The Bend Bulletin)

Redmond’s Alexis New prepares to spike the ball during a Sept. 11 practice.

You might think players would be expecting a long season if they are on a team that graduated key seniors who didn’t win a conference game in their four years.

But the members of the Redmond High volleyball team say this is the year they start to turn things around.

While the Panthers are young, with only six of their players having significant varsity experience, several of the players have played together for years with the Juniper Volleyball Club.

“It’s easier because we know each other and how we move the ball,” said junior outside hitter Karlyn Breitbach.

Second-year coach Aaron Mallory was pleased with how Redmond played in an early season tournament in Prairie City, east of John Day. The Panthers went 5-0 in the tournament, mostly against smaller schools.

“It’s a good boost of confidence,” he said. “It’s geographically so distant, it gives them time to come together and spend time together.”

The Sept. 7 tournament also gave the Panthers a chance to do some team-building exercises, where they work on teammate appreciation, goal setting and focusing.

“The results were nice, but, honestly, the effort that went into getting those results was great,” Mallory said.

Redmond went on to go 4-2 in pool play Sept. 14 at a tournament in Dallas, Oregon, before falling 2-1 against McKay in bracket play.

Now, Redmond turns its attention to Intermountain Conference play, with its league opener at home at 6:30 p.m. Thursday against Pendleton. The league features state runner-up Ridgeview, which the Panthers play host to Tuesday, and Crook County, which also reached the Class 5A state tournament last season.

“Ridgeview’s going to be tough and Crook County’s going to be tough, but there are opportunities to move way, way up from where we’ve been in the past,” Mallory said. “But the girls really need to play the way that we can. We can’t play down to the lesser teams and only play our best when it’s the tougher opponents.”

The team is capable of getting third place or better in the league and a playoff spot, Mallory said. To do that, they will need to remain focused, limit mistakes, stay confident and keep the right mindset.

“I’d like to see us break that barrier,” he said.