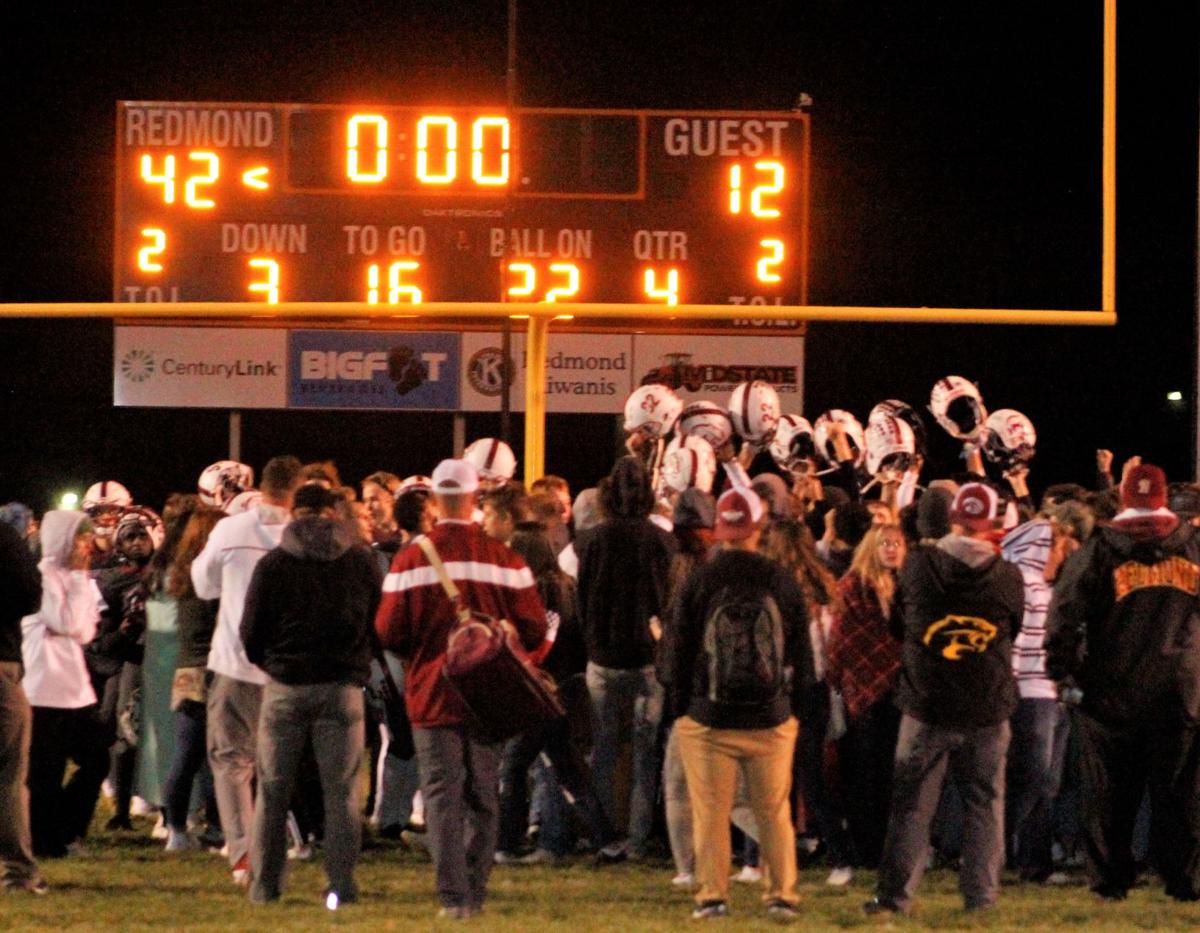 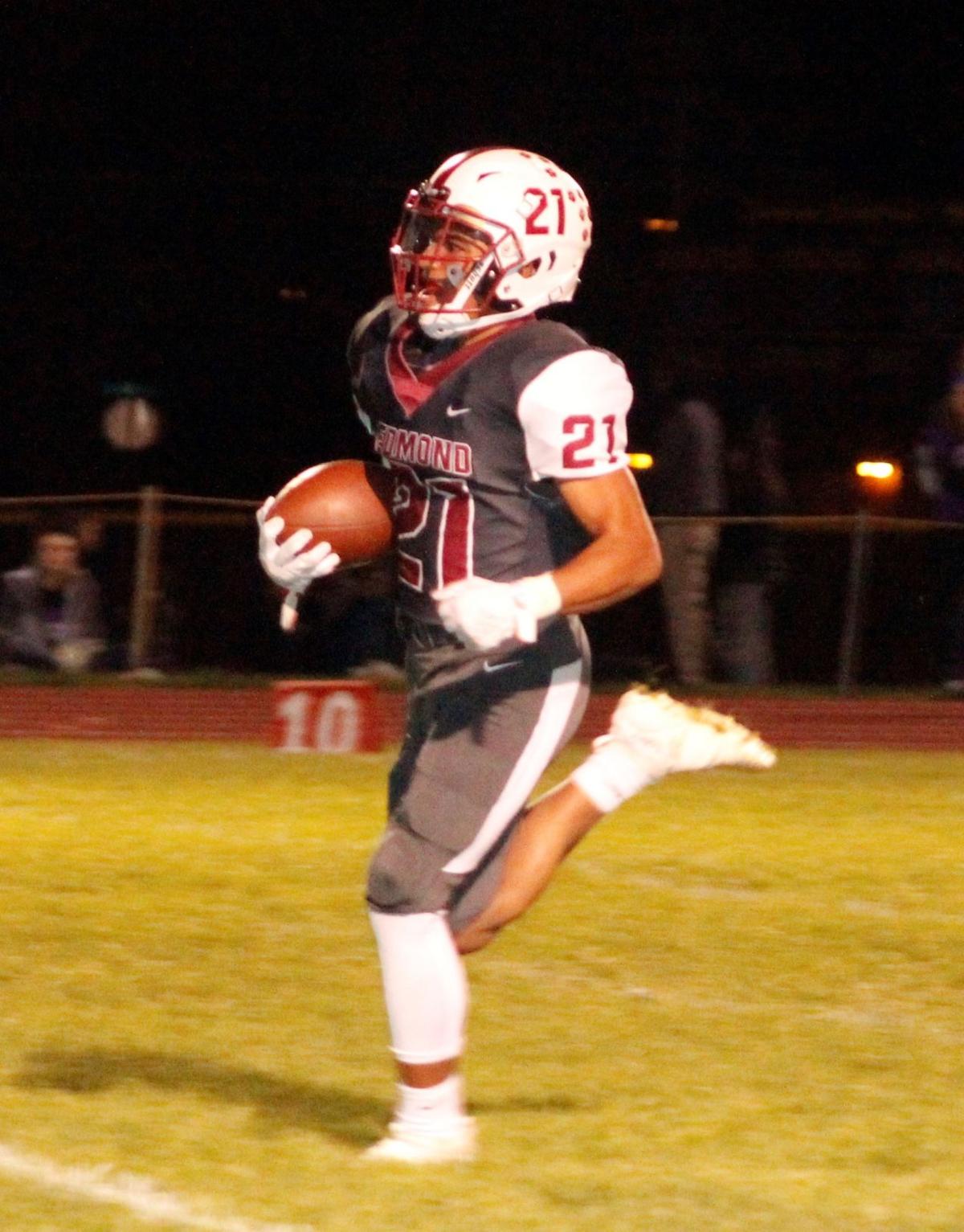 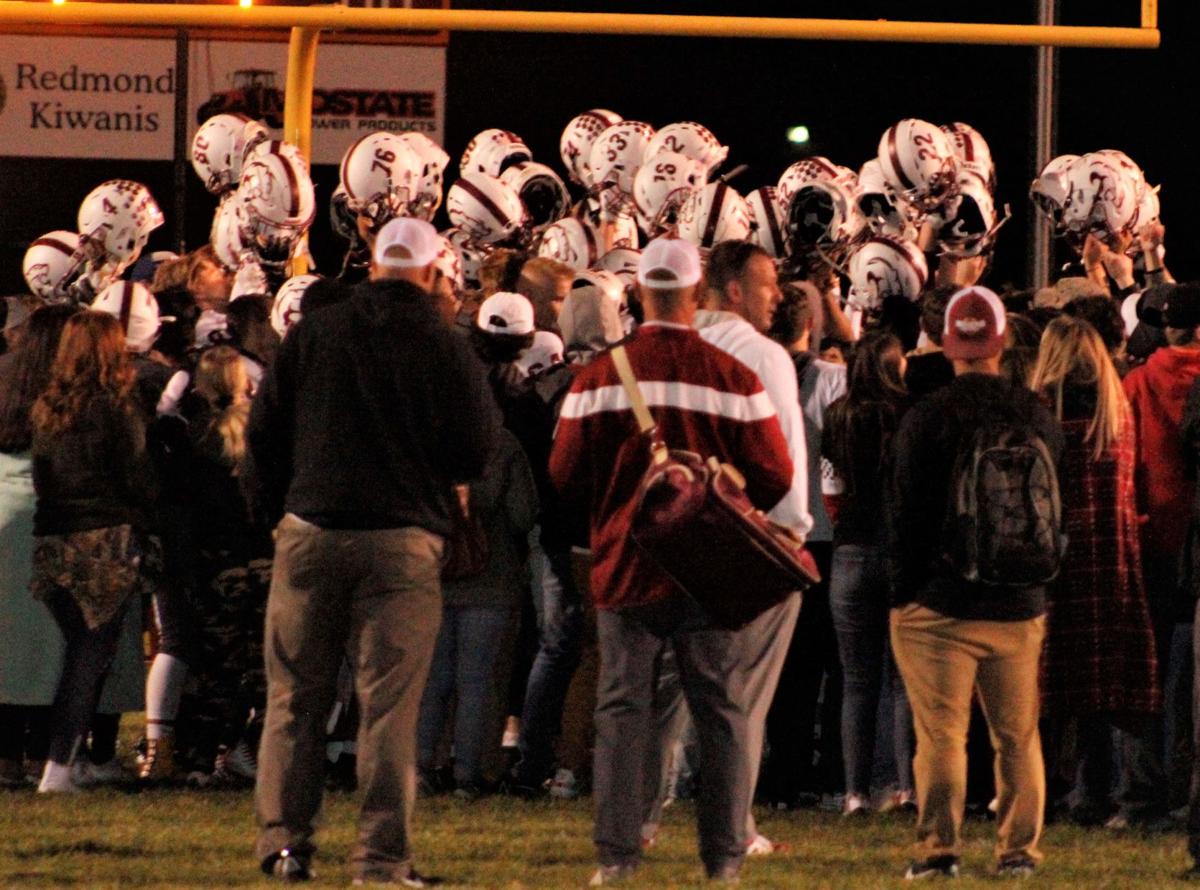 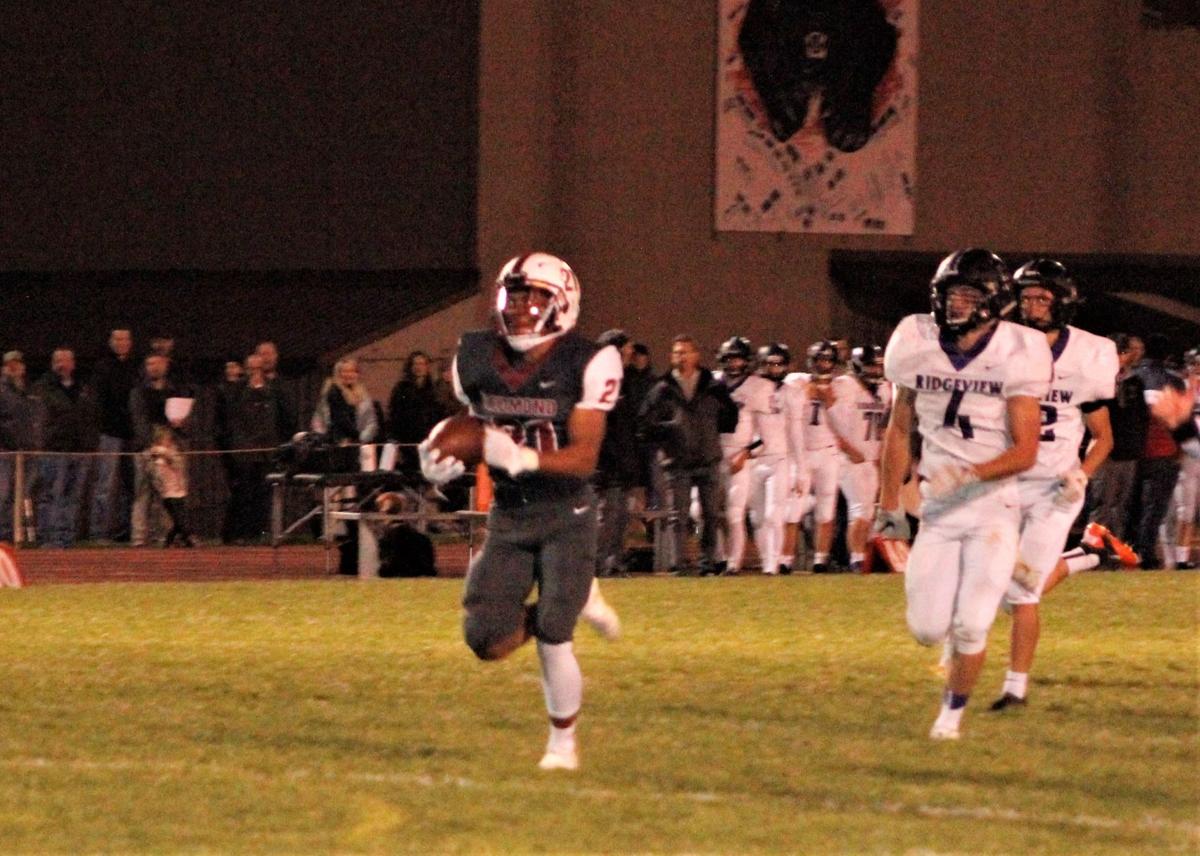 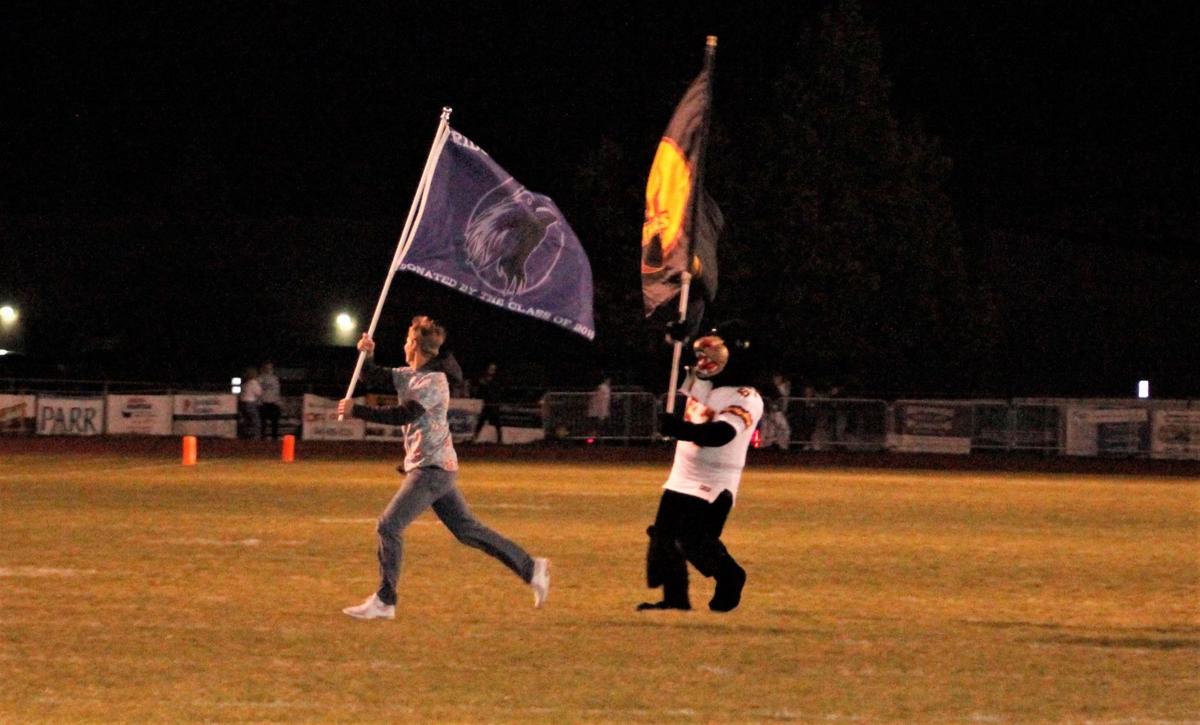 With Redmond taking the victory in its rivalry game with Ridgeview, the two teams now turn their attention to the final four games of their Class 5A Special District 2 North division schedules.

The Panthers will look to go 2-0 in the division Friday at No. 1 Thurston, while the Ravens play at Willamette.

The Panthers will not bee intimidated facing the defending state champions on their home field in Springfield, said first-year Redmond coach Seth Womack. The Colts have outscored opponents 213-63 in going 5-0 this season.

“We go in it like any week,” Womack said after his team’s 42-12 home victory against Ridgeview on Oct. 4. “We go in to prepare the best we can and don’t care about all the hoopla and all the this and that. They put their pants on the same way we put our pants on. So they’re beatable. We’ve just got to play. We’re pretty good, too. We kind of came out of our shell tonight.”

Redmond ended a two-game losing streak in its crosstown rivalry with Ridgeview with the victory.

For the Redmond (1-0 Class 5A Special District 2 North division, 3-2 overall) seniors, the victory was extra special.

“It means a lot to all of us,” said Henry Chambers, who had four catches for 104 yards, including a key 52-yard catch on Redmond’s opening scoring drive, as well as an 11-yard fourth quarter touchdown catch. “The last two years we were kind of crushed.”

When Womack, Redmond’s fourth coach in as many seasons, asked the players their goals for the year at the start of the season, all the players said they wanted to make the playoffs, win the state title and beat the Ravens, Chambers recalled.

“This is one that matters in the heart,” Chambers said. “This is what we play for — the school and the fans. This is great team bonding.”

The Ravens had a chance to take the lead late in the half but turned the ball over on downs at the Redmond 16 yard line with 1:42 to play. The Panthers quickly responded, driving 84 yards for the touchdown, capping an 84-yard, one minute, eight second drive with a 22-yard Brendan Powell touchdown run to take a 21-12 lead into the locker room.

Powell again came up big early in the third quarter, with an 86-yard touchdown run on the Panthers’ first drive to give them a 28-12 lead. Powell finished with 159 rushing yards on 11 carries.

The Redmond coaching staff was able to work to neutralize the Ridgeview rushing attack, said Womack, who did something the previous two Panther coaches couldn’t do by beating the Ravens.

“We just made a few adjustments on defense,” he said. “We had a plan for it, and it worked.”

“We couldn’t stop them defensively,” he said. “They’ve got some athletes on the field making big plays. We couldn’t get our defense off the field at all.”

While the Ravens were the more physical group, it doesn’t matter if you don’t get first downs and touchdowns, Pileggi added.

Folston ran for 63 yards on nine carries for Redmond, while also having seven tackles defensively. Kole Davis had seven catches for 68 yards, had two runs for 13 yards and added five tackles.

“We felt really strong about being able to run the football, and being able to go right at ‘em,” Womack said. “That was kind of our game plan. We wanted to stick with that, and that’s what we did the first couple drives, for sure.”

Other defensive standouts for Redmond included Mason Nonato, who had six tackles, and Jax Cummings, who had four tackles, including two sacks.

Ridgeview won its 2018 meeting with Redmond 42-35 on a last-minute touchdown pass. The Ravens also defeated the Panthers in 2017, when both teams went 1-8.

Redmond last beat Ridgeview in 2016, when the Panthers went on to their second consecutive state quarterfinal appearance under coach Nathan Stanley.

With Ridgeview having only four seniors on its roster, Pileggi looks forward to the future.

While Womack likes to take things one game at a time, he said the Ridgeview victory was important.

“This was a big one for us, just to kind of propel us into the league,” he said.

Chambers looks forward to the rest of the season.

“We’ve just got to stick together as a team,” he said. “We’ve got great chemistry this year.”