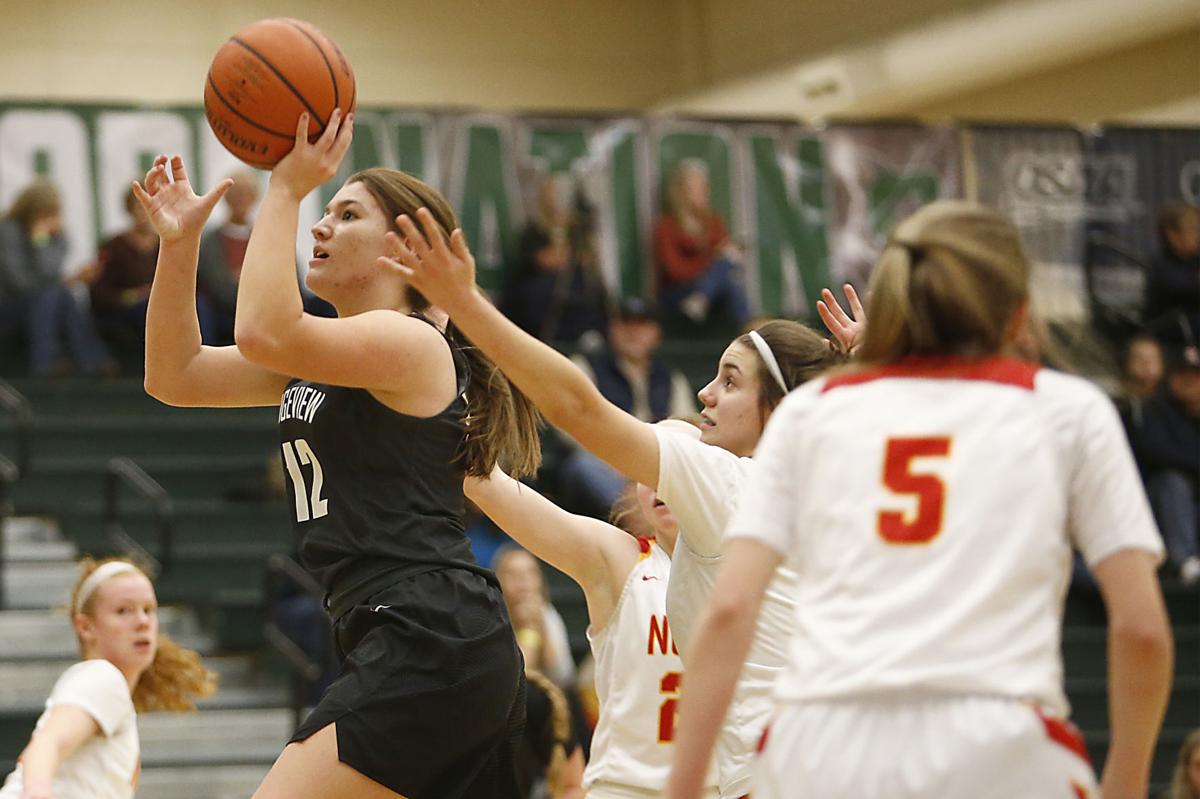 Ridgeview's Abby Martin (12) drives to the basket while playing North Eugene at Summit High Dec. 28 during the Oregon Holiday Hoopfest. 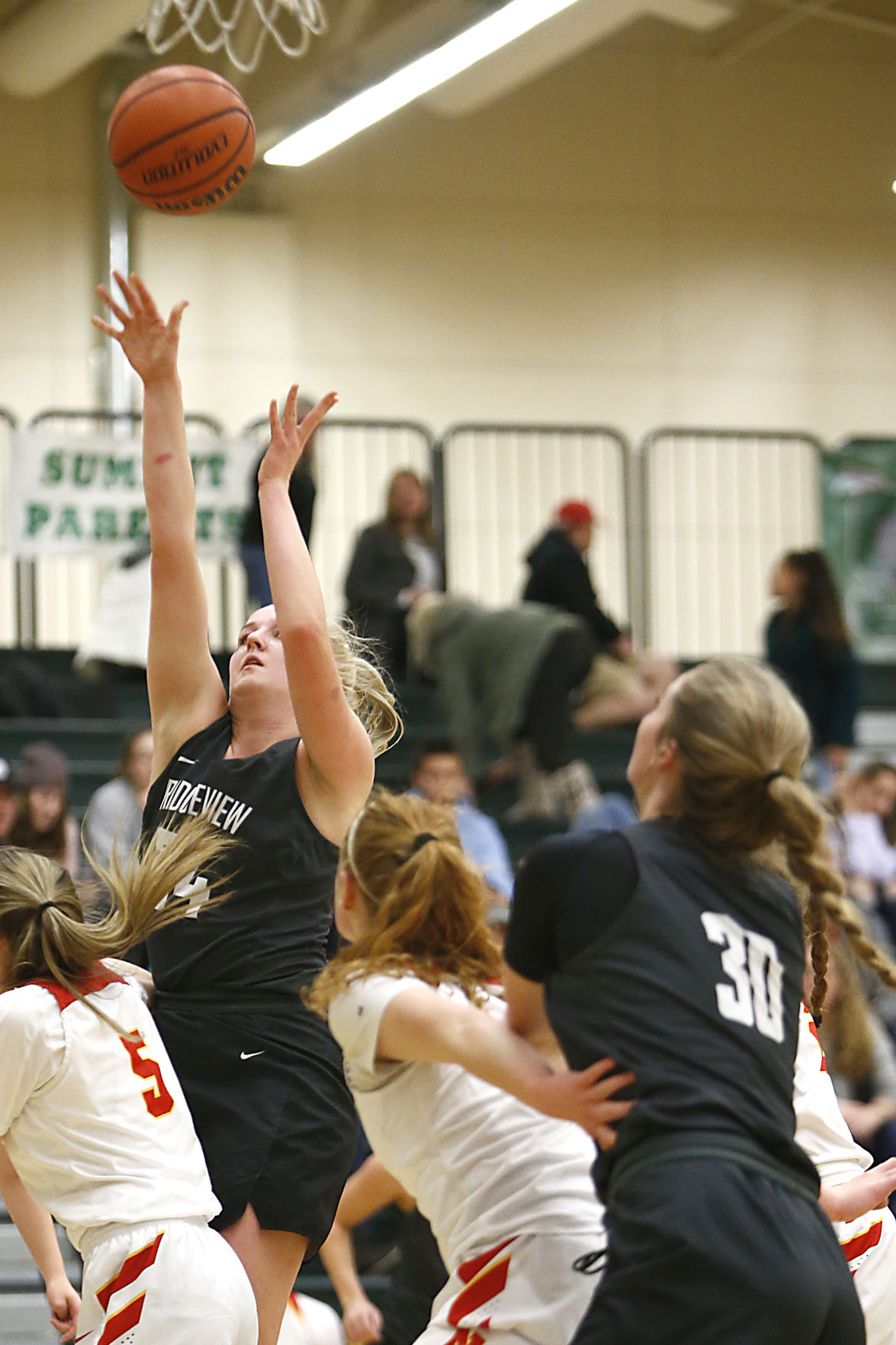 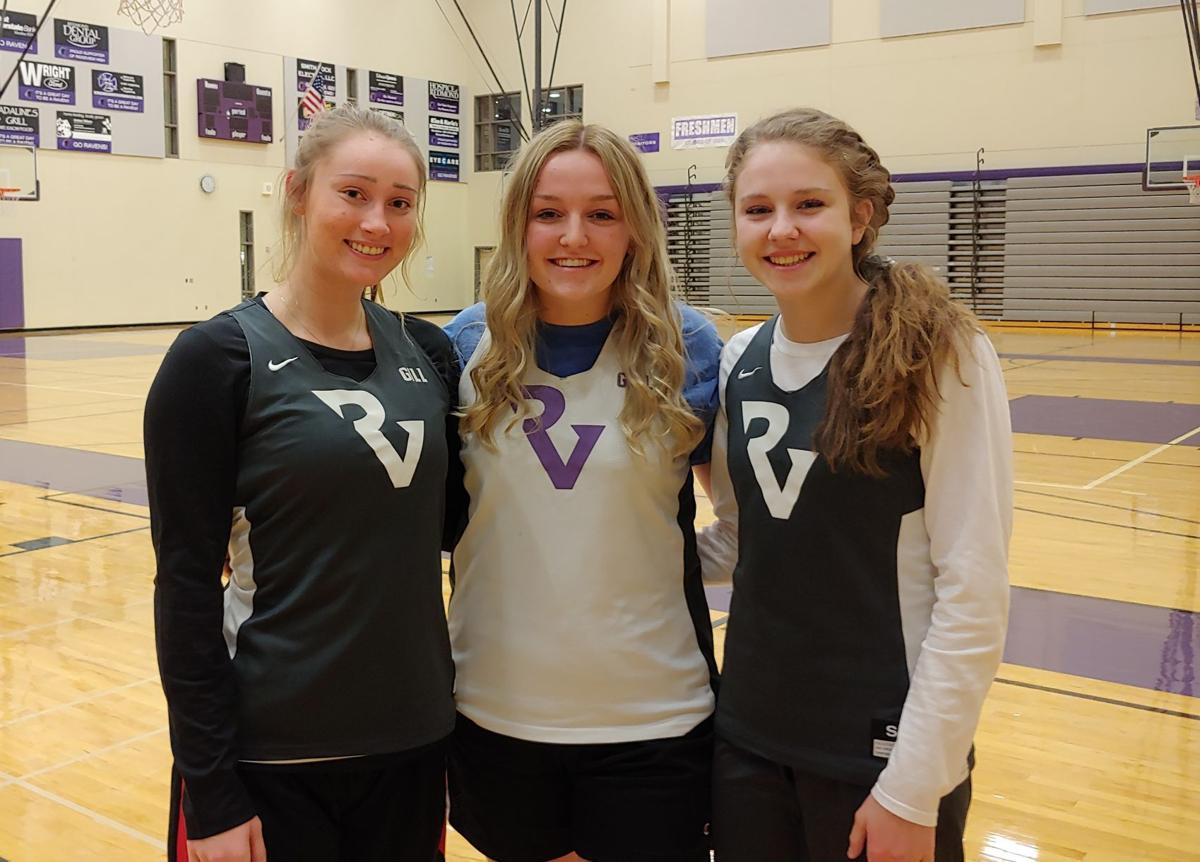 Ridgeview's Abby Martin (12) drives to the basket while playing North Eugene at Summit High Dec. 28 during the Oregon Holiday Hoopfest.

After a long break for some Redmond basketball teams, Intermountain Conference play is just about here.

And the highest rated Class 5A team in town is ready to go. In their first game since Jan. 7, the No. 13 Ridgeview (8-6) girls open IMC play at home Friday against rival Redmond (1-10), with the Ravens eyeing a league title.

The long breaks will be the norm early in the season, with the Ravens only playing one game a week on each of the next three Fridays.

“It’s definitely not the easiest thing, we have to go to each practice and work hard knowing we have big games coming up,” said junior Paige Pentzer, who leads Ridgeview with 14 points per game. “It’s hard coming in for a whole week to practice, ‘cause we want to play.”

First year head coach Alicia Love said she is doing the best to keep the team motivated through the first extended break. She tries to make the practices competitive, yet fun, every day.

“No one wants to practice that long without a game,” said Love, who was with the program for four years before taking over as head coach in the offseason.

But the long break does have some advantages, since the week off around Christmas is the only time Ridgeview has gone more than a few days without a game since the season started Dec. 4.

Going into IMC play, Ridgeview, which got the IMC’s third and final playoff spot in the weather-shortened 2018-19 season, is nestled between No. 12 Pendleton (8-4) and No. 18 The Dalles (6-8), with the other three league teams well behind in the rankings. Love said the Ravens can be competitive for the league title.

“I think we have a good shot at it if we play the way we’re supposed to,” she said at a Jan. 10 practice. “It’s really up to us, and how we decide to show up every day.”

Husker Extra Podcast: Ep. 141: Sorting through the bin of concerns for Husker hoops and football

The Ravens have been adjusting to more up-tempo play this year, as well as new defensive schemes, Love said.

“I’ve been really happy with the changes we’ve made since last year,” she said.

“The girls have stepped up and are learning the style of play. There’s definitely a learning curve, but things can only get better.”

The Ravens still need to work on finishing layups and taking care of the ball, Love said.

Along with Pentzer, the Ravens have been led by sophomore Jenna Albrecht, who averages 10 points, and senior Alaina Clark, who averages seven points. But Love said the Ravens could have one of the deepest teams in the league.

Clark likes the way the team compares to last season at this time.

“We’re really looking to push the ball a lot more than last year,” she said. “We have a lot more competition. Coming in, it’s really helped to keep us accountable.”

Though she’s a younger player, Albrecht is learning fast.

“My favorite part is playing for my team, celebrating the wins and learning from the losses,” she said.