You are the owner of this article.
Edit Article Add New Article
You have permission to edit this article.
Edit
Welcome
Home
News
Coronavirus
Sports
Features
Obituaries
Classifieds
Puzzles and Games
Slideshows/Videos
Sign Up for Newsletters
e-Editions
Subscribe Now
Share This
1 of 3 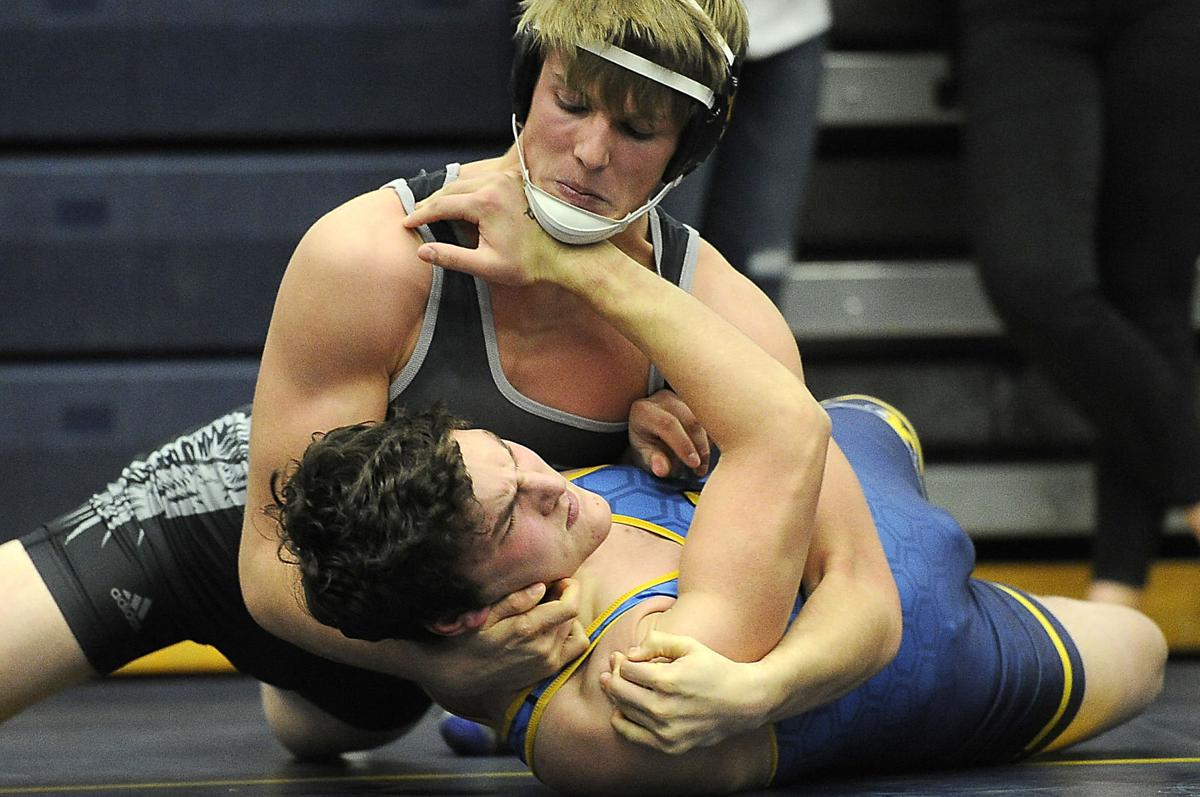 Ridgeview’s Cole Jackson fights to gain control of Henley’s Scott Renslow during a 182-pound match of the Bend Invitational in January. Jackson went on to finish second in the state in the weight class. 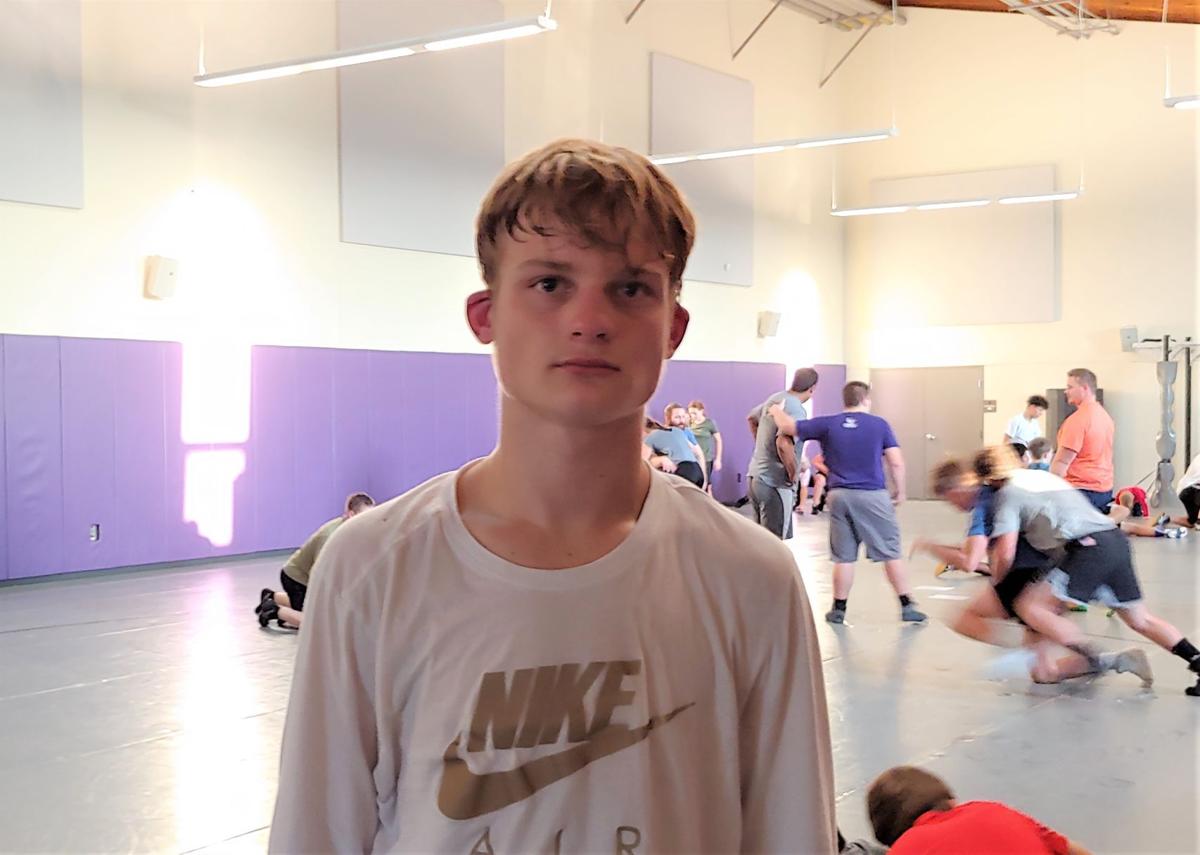 Ridgeview’s Austin Anderson finished sixth at 126 pounds at the 2019 state tournament, when he wrestled for Redmond. 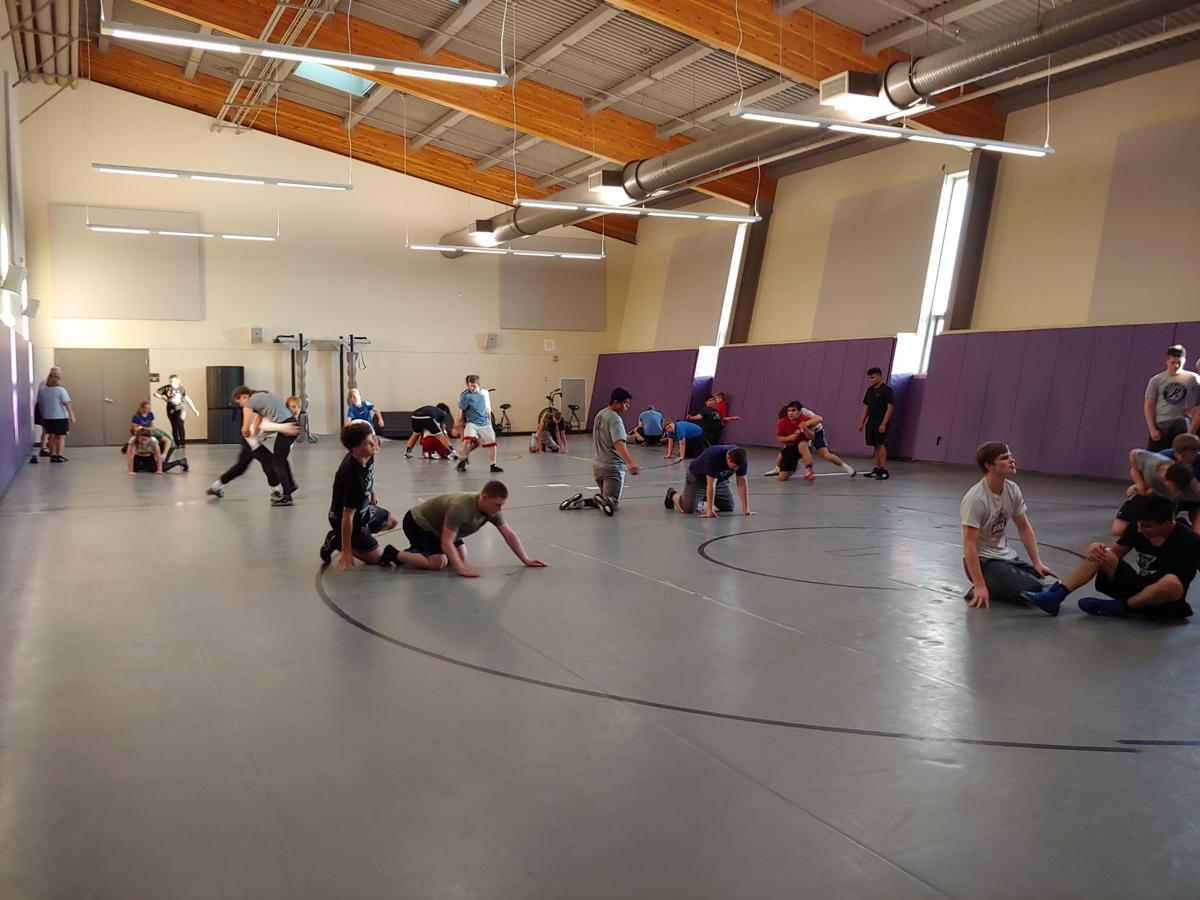 Ridgeview’s wrestling team has increased to 40 members, from about 15 last season, coach Dan Elliott said. That will help the Ravens avoid costly forfeits and keep them competitive in more matches.

Ridgeview’s Cole Jackson fights to gain control of Henley’s Scott Renslow during a 182-pound match of the Bend Invitational in January. Jackson went on to finish second in the state in the weight class.

Ridgeview’s Austin Anderson finished sixth at 126 pounds at the 2019 state tournament, when he wrestled for Redmond.

Ridgeview’s wrestling team has increased to 40 members, from about 15 last season, coach Dan Elliott said. That will help the Ravens avoid costly forfeits and keep them competitive in more matches.

You need only see the activity in the wrestling room at Ridgeview High to see how things have changed since last season.

The Ravens have 40 kids out for wrestling this season, up from 15 in the 2018-19 campaign, coach Dan Elliott said. That includes six girls, up from one last year.

“We didn’t graduate anybody, everybody from last year is back,” Elliott said at a Dec. 5 practice. “We had a really good year of recruiting.”

The Ravens have 15 freshmen. Elliott said they were able to bring some new wrestlers on board after a three-day clinic as part of regular physical education classes.

“That really spurred a lot of interest,” he said.

With seven returning state qualifiers, plus some transfers, Elliott feels momentum is on the team’s side.

“Our goal is to qualify 12 for state and get some of them on the stand,” he said.

While they were still dealing with some injuries and academic ineligibility at the start of the season, Elliott expects to eventually be able to field a full team, which will help them avoid costly forfeits.

That was an issue last year, when the Ravens routinely gave up 30 points to start each match. They had no wrestlers in five weight classes, including the lowest four.

That didn’t stop them from finishing 15th at the state tournament, with a second place finish from Cole Jackson in the 182-pound weight class. Jackson, now a junior, looks for the team to improve.

“It feels nice not to have to forfeit weights,” he said.

Jackson also won the 195-pound freestyle cadet title and was second in Greco at the Oregon Wrestling Association meet in March. He said he has improved since then.

“I’m stronger and faster,” Jackson said. “I’ve been training about double the amount.”

While Crook County, which lost out on the 2018-19 Class 5A state title by 1.5 points, remains strong, Elliott said his team is capable of finishing at least second in the Intermountain Conference. In addition to its own returnees, Ridgeview brought over three wrestlers from Redmond High, which finished seventh at state last year, including senior Austin Anderson, who finished sixth at state at 126 pounds and now wrestles at 138 pounds.

Anderson is looking for a top five team state finish for Ridgeview and an even better individual performance.

“I’m feeling good, I’m feeling like I’m going to take top three for sure,” he said.

Elliott said Ridgeview has a particularly strong junior class, partly because, with so few wrestlers, they had to compete in varsity competition their first two seasons.

In the first meet of the 2019-20 season where both teams competed, Redmond, with 139 points, finished fourth Dec. 13-14 at the 30-team North Bend Coast Classic, while Ridgeview, with 121.5 points, was fifth. The Panthers fielded 10 wrestlers, while the Ravens only had seven.

Crater, which won the Coast Classic with 272 points, had 13 wrestlers.

Despite wrestling shorthanded, Ridgeview opened the 2019-20 season Dec. 4 with a 46-30 victory against La Pine, the defending Class 3A state champions. The Ravens went on to finish second Dec. 7 at the nine-team Central Oregon Officials Tournament in Bend, which included a victory against last season’s Class 2A champion Culver.

“Once we get everybody down to weight, we’ll have a pretty solid dual meet contingent, which translates to a solid lineup,” Elliott said.

For the Ridgeview girls, Brooke Seber, who won the Greco and freestyle titles at the Oregon Wrestling Association state meet, is back. Seber is off to a strong start this season, winning the girls 135-pound weight class at the Coast Classic.