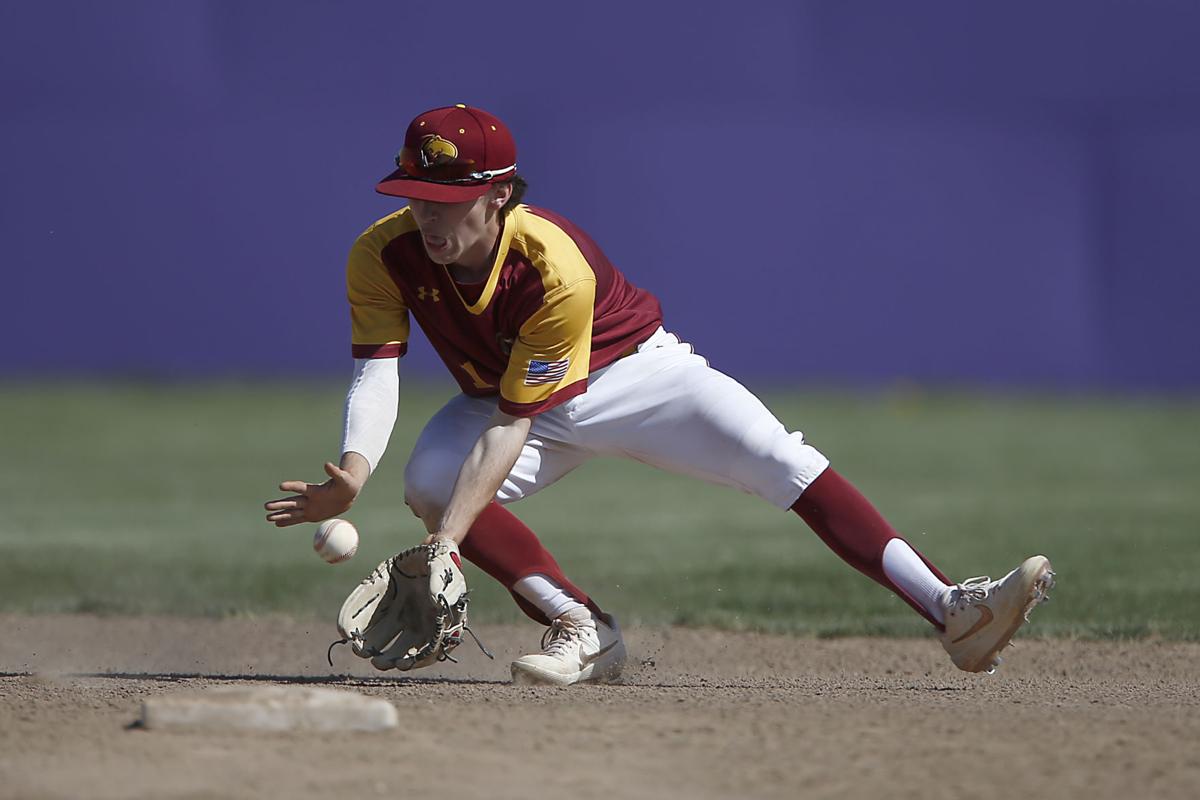 Redmond's Cooper Browning (1) fields a ground ball during the first game of a 2019 doubleheader against Ridgeview. 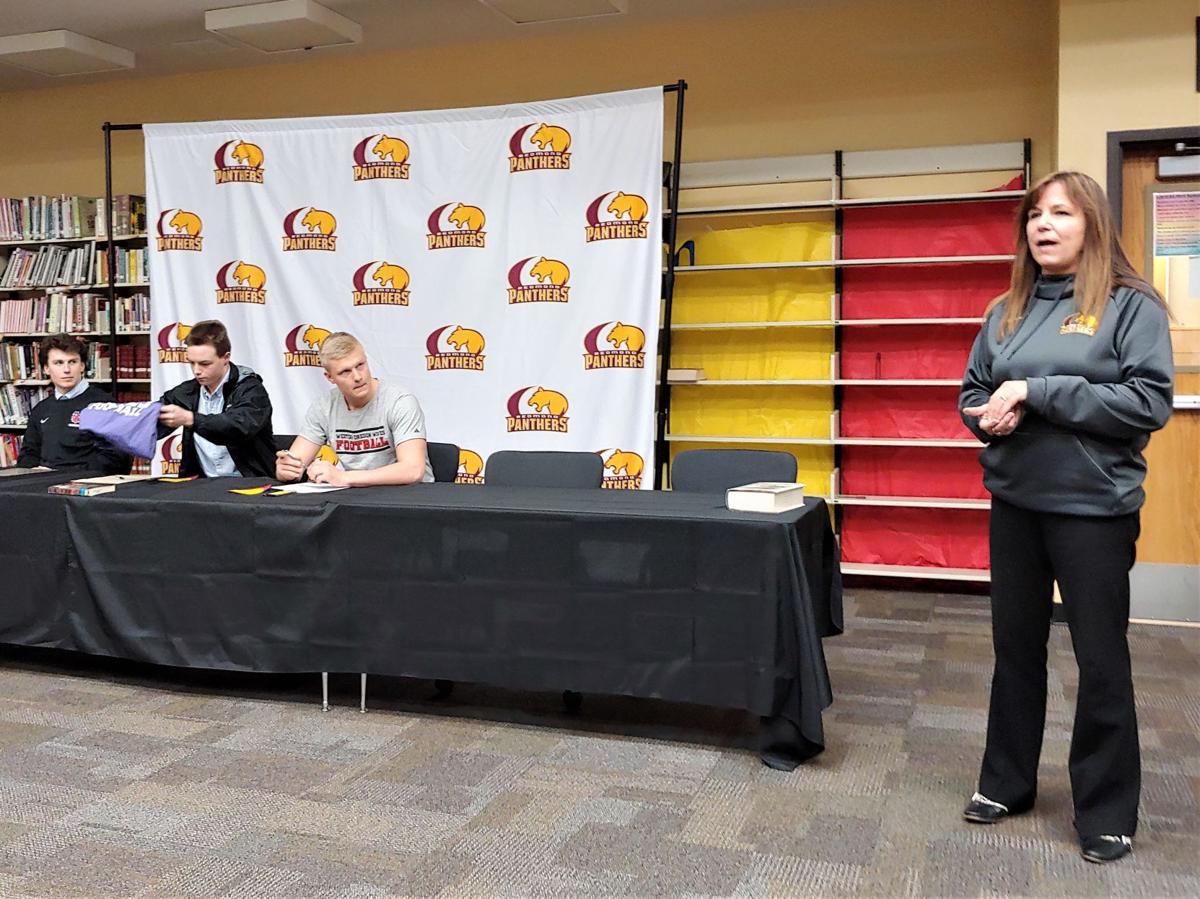 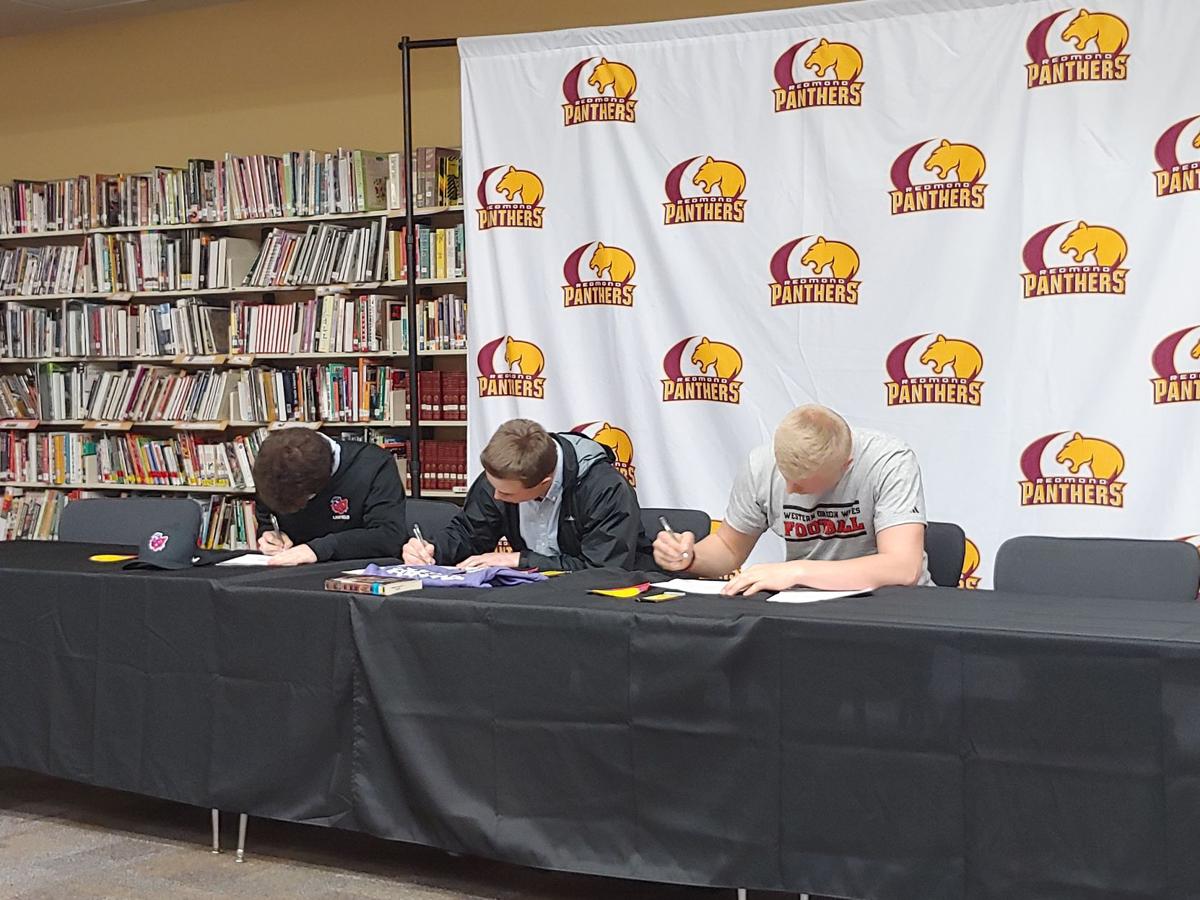 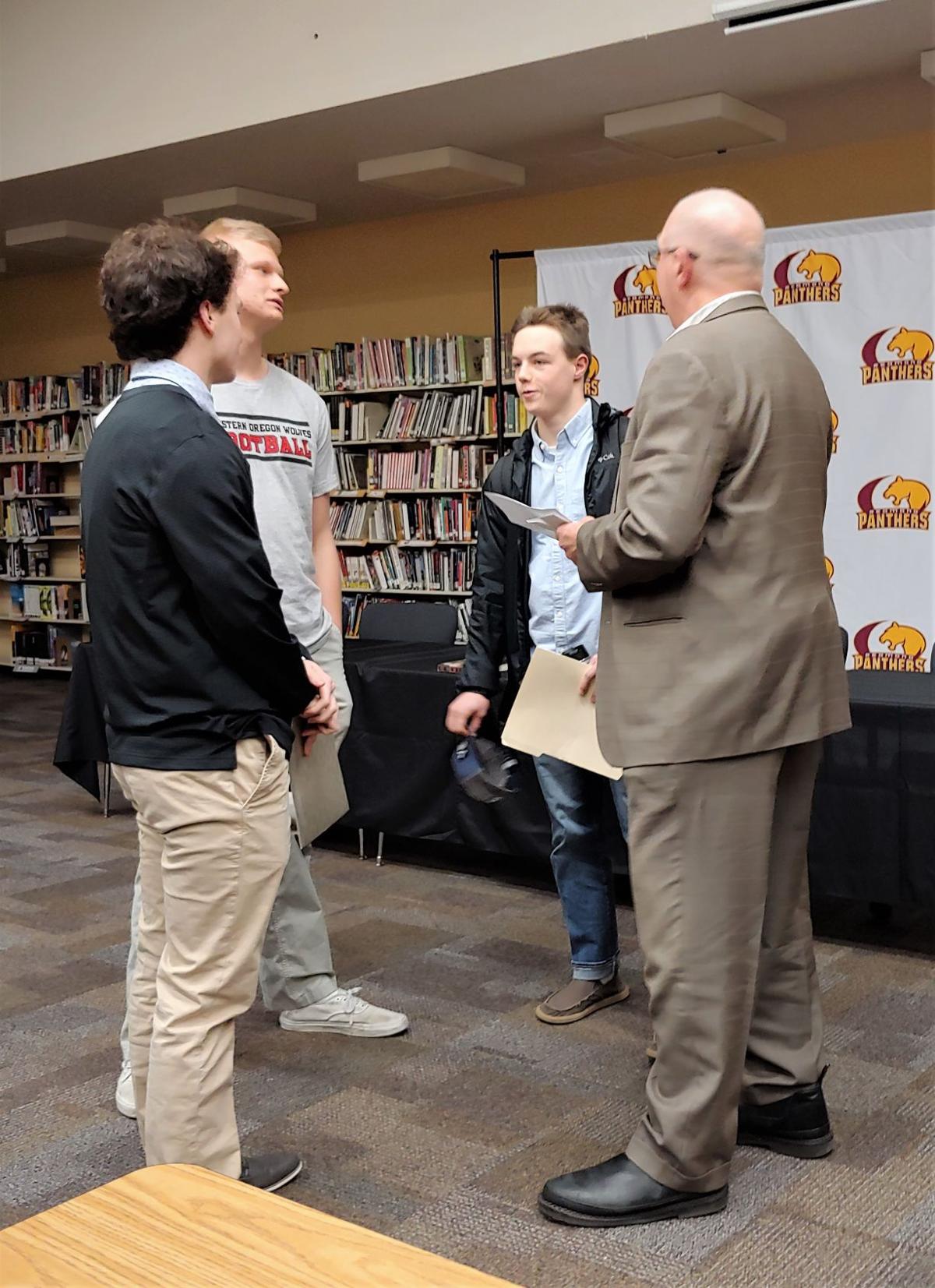 Redmond's Cooper Browning (1) fields a ground ball during the first game of a 2019 doubleheader against Ridgeview.

Students, staff and parents filled the school library to celebrate three Redmond High athletes who will be playing at the college level.

Though they all excelled in multiple sports, the three seniors committed to one sport to take part in at the college level at a Feb. 4 signing ceremony. Andrew McKague will punt for the College of Idaho’s football team; Dylan Moss, a first-team all-league offensive lineman and second-team defensive lineman, will play at Western Oregon and Cooper Browning, a second-team all-league infielder in 2019, will play baseball at Linfield College.

McKague said he chose the Caldwell, Idaho, school because it works out financially. He plans to study exercise science or business at the National Association of Intercollegiate Athletics school.

McKague’s favorite Panther memory was making the playoffs in 2019 after missing out the previous two seasons.

College of Idaho started the 2019 season 11-0, suffering its first loss in the NAIA quarterfinals.

Moss was impressed with Western Oregon’s criminal justice program. Also a track and basketball star, he said long bus rides and getting to stay in hotels were his favorite memory of high school.

Photos: The best shots from the Green Bay Packers' 2019 season

While he was a first-team all league defensive back on the gridiron, Browning will play baseball at Linfield in McMinnville. He said he will most likely study sports management.

“I really like their coaching staff,” Browning said. “They all showed a big interest in me, which was huge. It made me really feel like they wanted me there.”

Along with making the playoffs in football, Browning said any time Redmond beat rival Ridgeview was a top memory.

NCAA Division III Linfield is looking to improve this year on its 7-33 record in 2019.

Reagan Gilbertson, who coaches Browning in basketball, said he has known him since he was in middle school.

“I’ve watched you grow from a middle school boy into a young man, and I can’t wait to see what life has in store for you,” he said.

Principal Audrey Haugan presented the signees with gifts, including an “RHS Pride Rock.”

“Because you’ve made us very proud,” Haugan said, noting that Moss previously received a rock for academics.