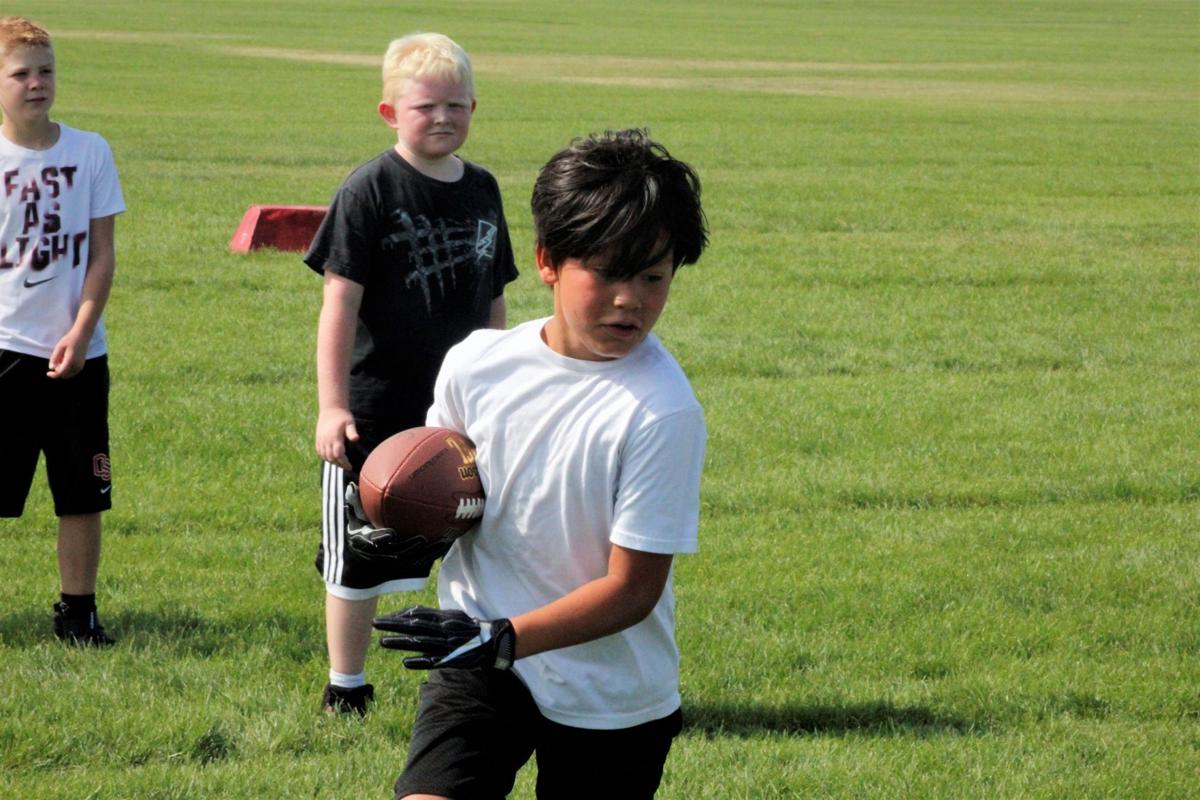 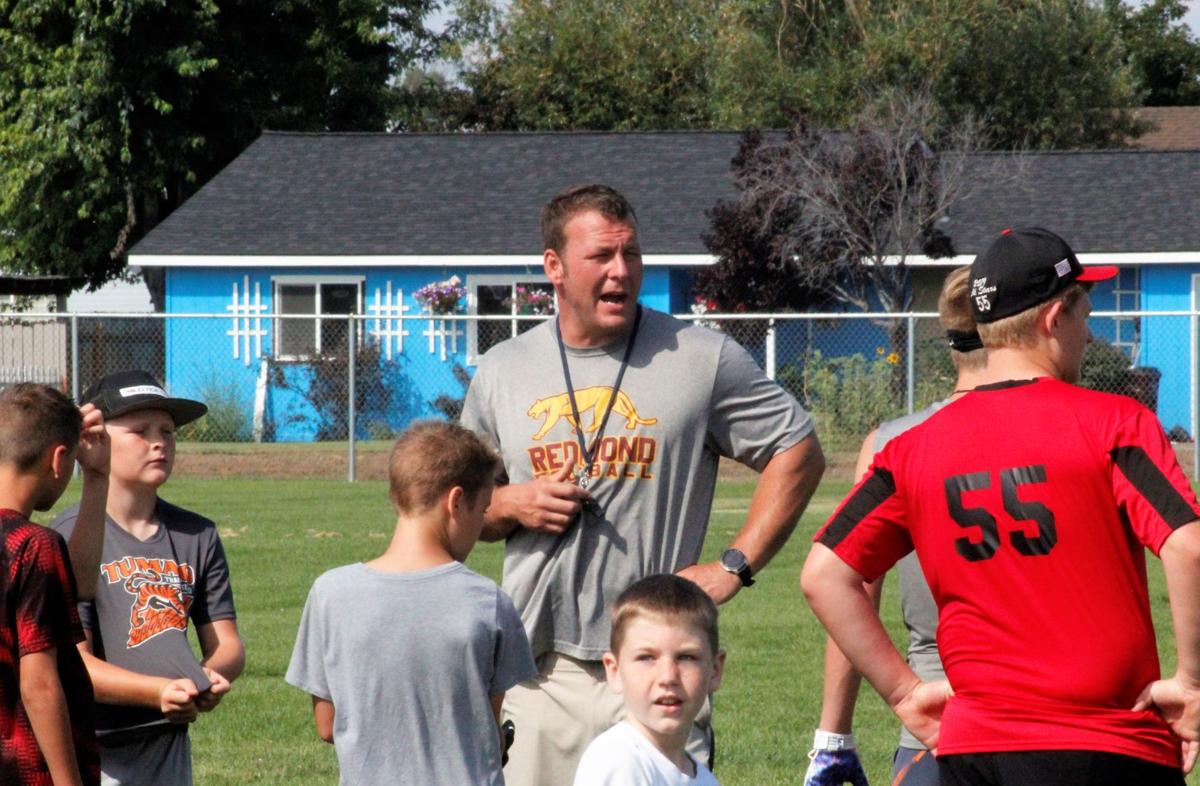 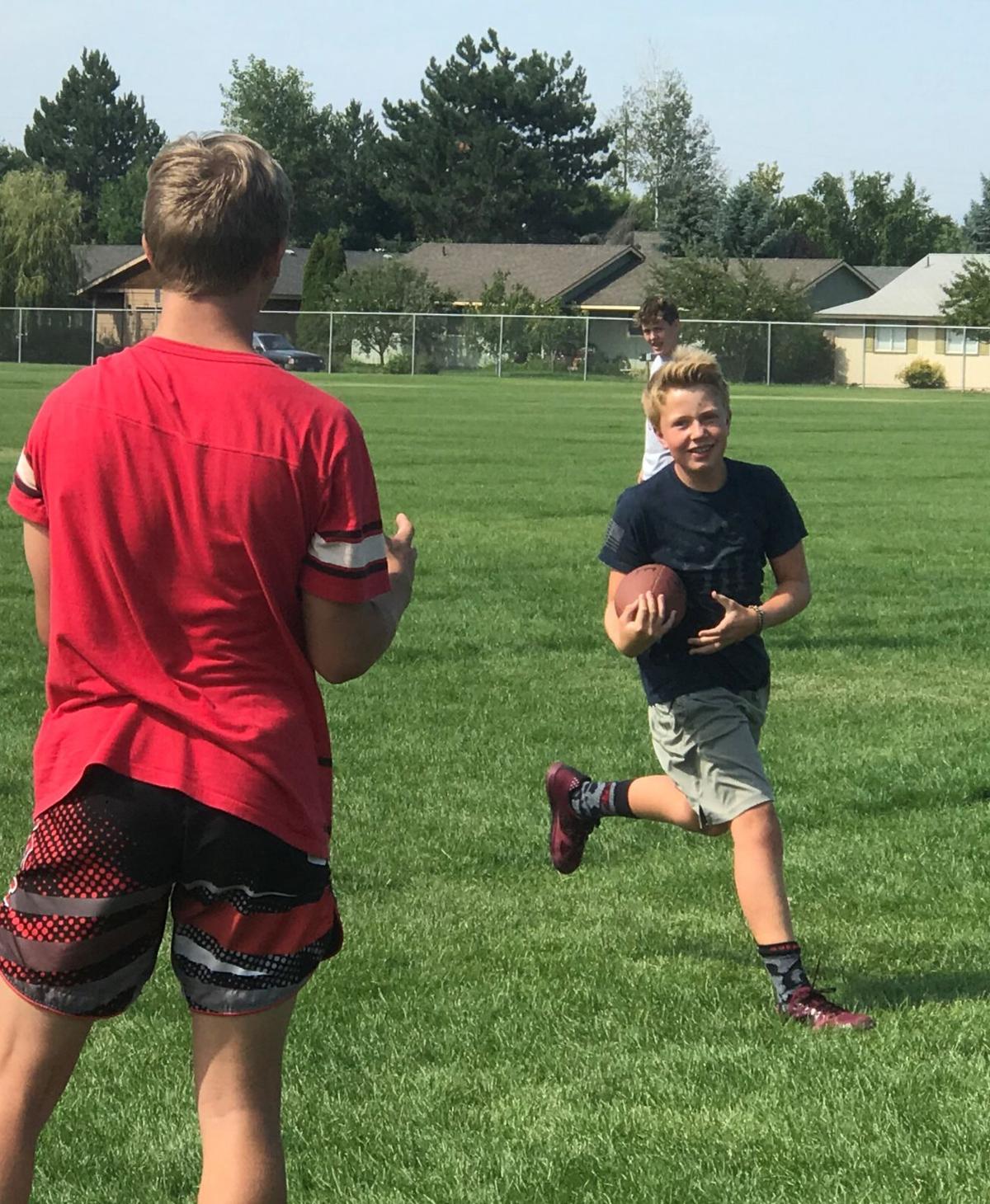 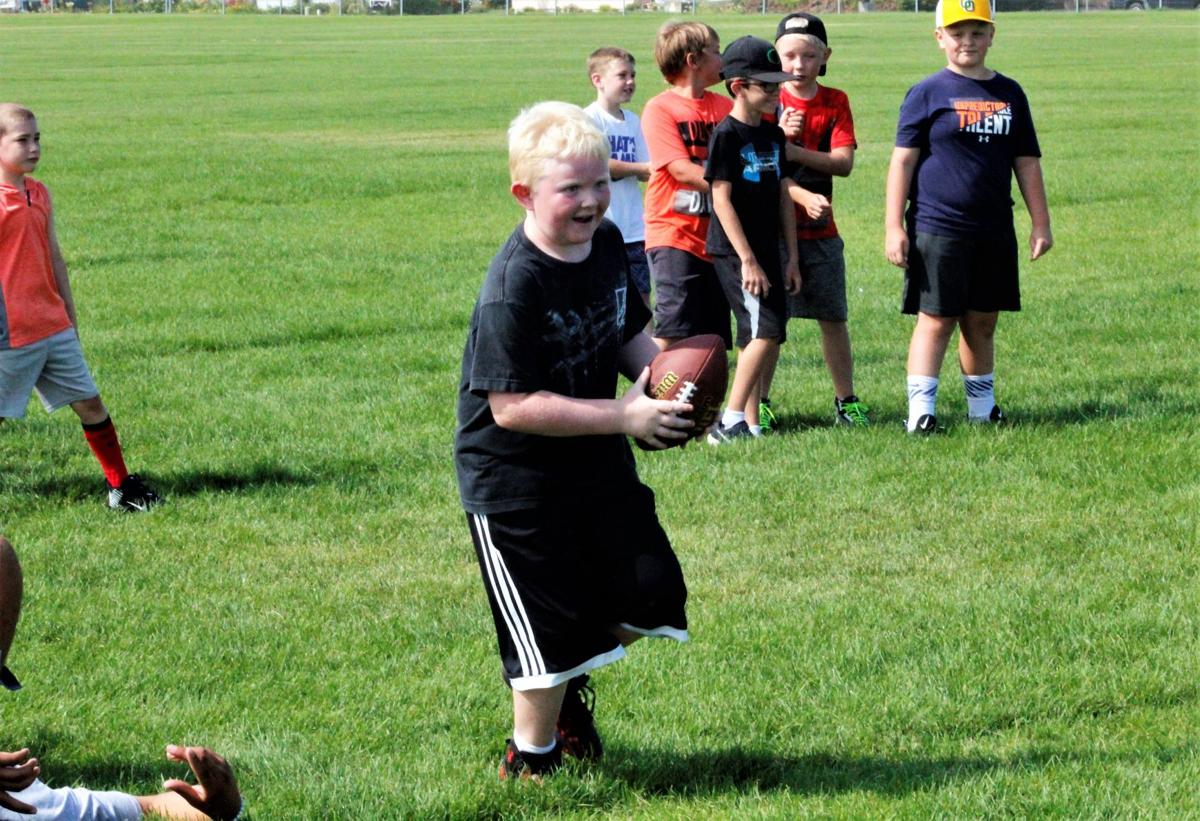 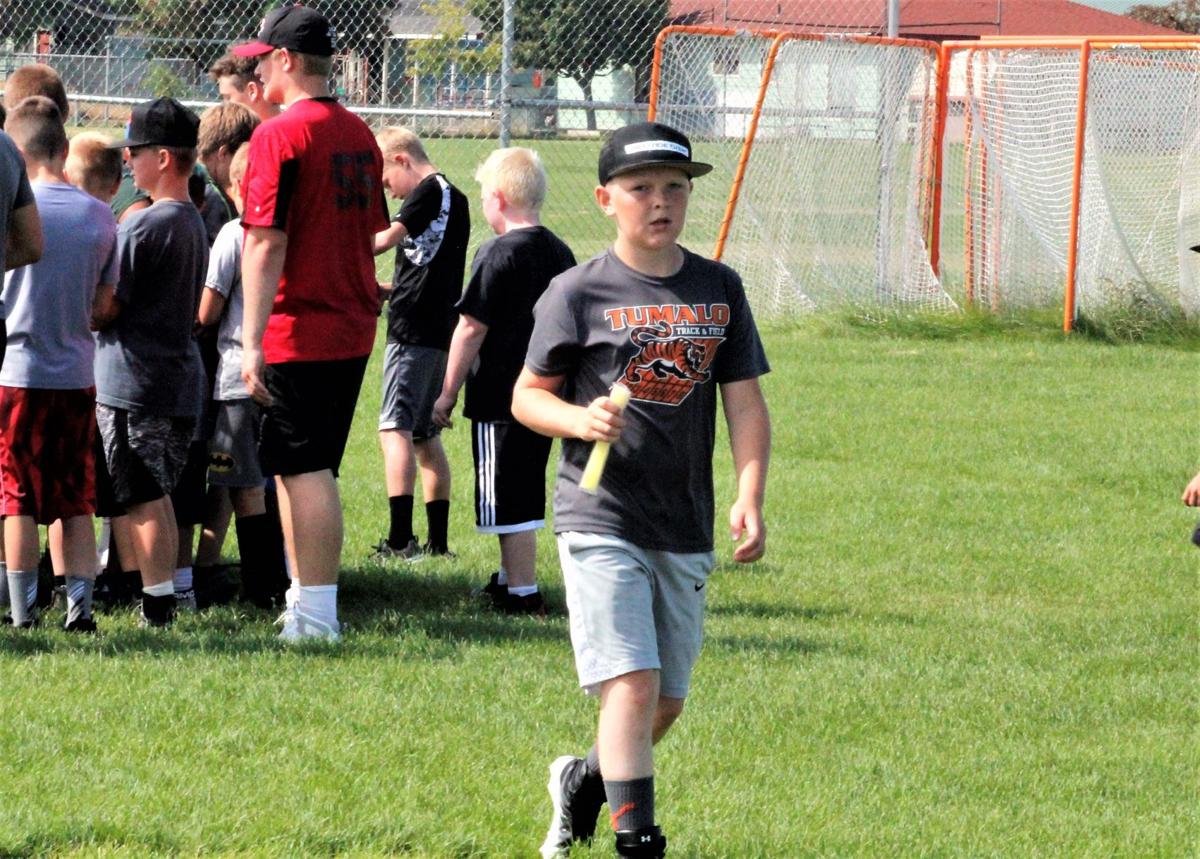 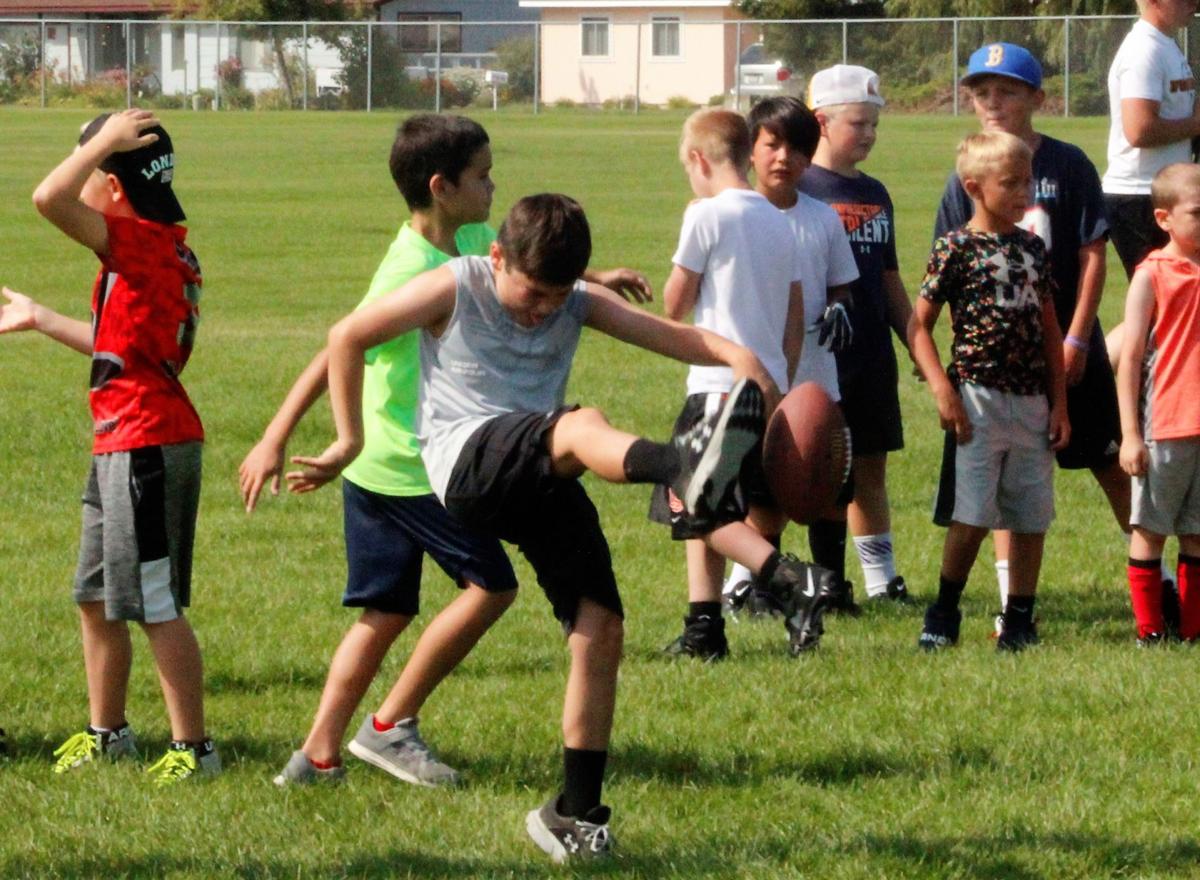 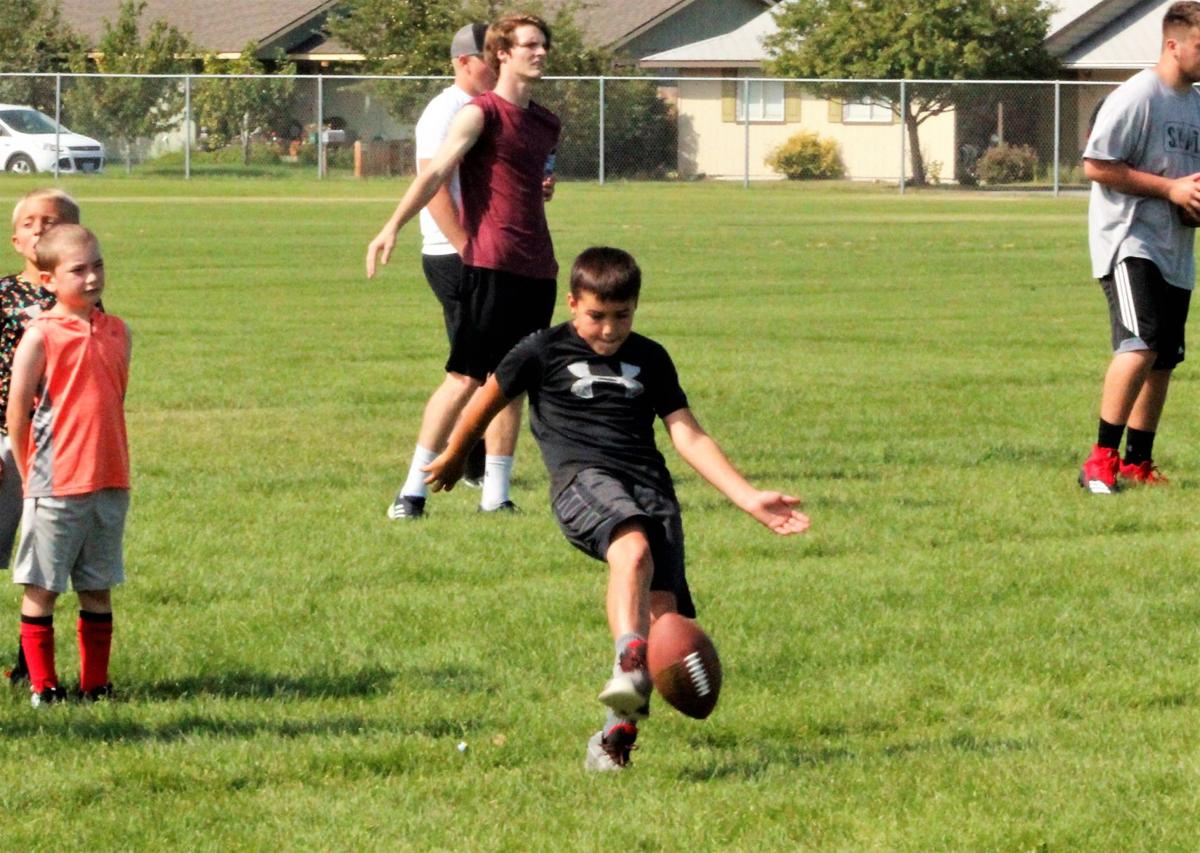 While a playoff spot or the chance to play in college might be a good motivator for high school football players to practice hard, the third-through-eighth graders at last week’s Redmond High youth football camp get excited for a little cold, flavored sugar water.

“If you guys work really hard this next session, I’ll give you guys a Popsicle break,” new Redmond head coach Seth Womack promised.

And, sure enough, after a few minutes of punting, long-snapping and kick-returning drills, the kids got the go-ahead to make a run for the sideline, where the frozen pops awaited.

Though Womack just took over as Panthers coach a few weeks ago, he is no stranger to working with younger players. He had a youth camp at Eagle Point, where he coached for six seasons.

Much of the camp, which 75 kids signed up for, was set in place by former coach Brent Wasche before he left for a job in Port Angeles, Washington, earlier this summer, Womack said.

“It was a very similar structure,” Womack said. “I just came in and made a few tweaks to it.”

The camp, which ran for two hours each morning from Aug. 5-7, focused on fundamentals like blocking and tackling, as well as on safety procedures put in place by USA Football, the national governing body for amateur football, Womack said.

Getting to coach young kids is fun, but also a good way to get ready for the season. Fall sports practices are scheduled to start Aug. 19, with the regular season getting underway for the Panthers Sept. 6 at St. Helens.

“It’s nice to kind of get out and do it this close to the season,” Womack said. “It knocks the rust off some of us coaches. Some of us haven’t coached since last fall. For the young kids, it’s a nice preseason preparation.”

For ex-Badgers linebacker Zack Baun, combine is a place where everybody knows your name

For ex-Badgers linebacker Zack Baun, combine is a place where everybody knows your name

The camp also gives coaches a chance to meet kids at a young age and watch them progress in the sport over the years, Womack said.

“It’s very helpful in that regard,” he said.

Some Panther players instructed the drills for the younger kids, including senior running back/linebacker Colt Folston, who is in his third year as an instructor at the camp. He went there as a camper from third through seventh grade and always enjoyed seeing players from around town and getting to meet the Redmond High players..

“I always looked forward to the camp as a kid, now being a part (of the staff) and helping these kids learn is a pretty good feeling,” Folston said.

The camp also allows high school players to get back in touch with the fundamentals of the game before heading in to practice, Folston said.